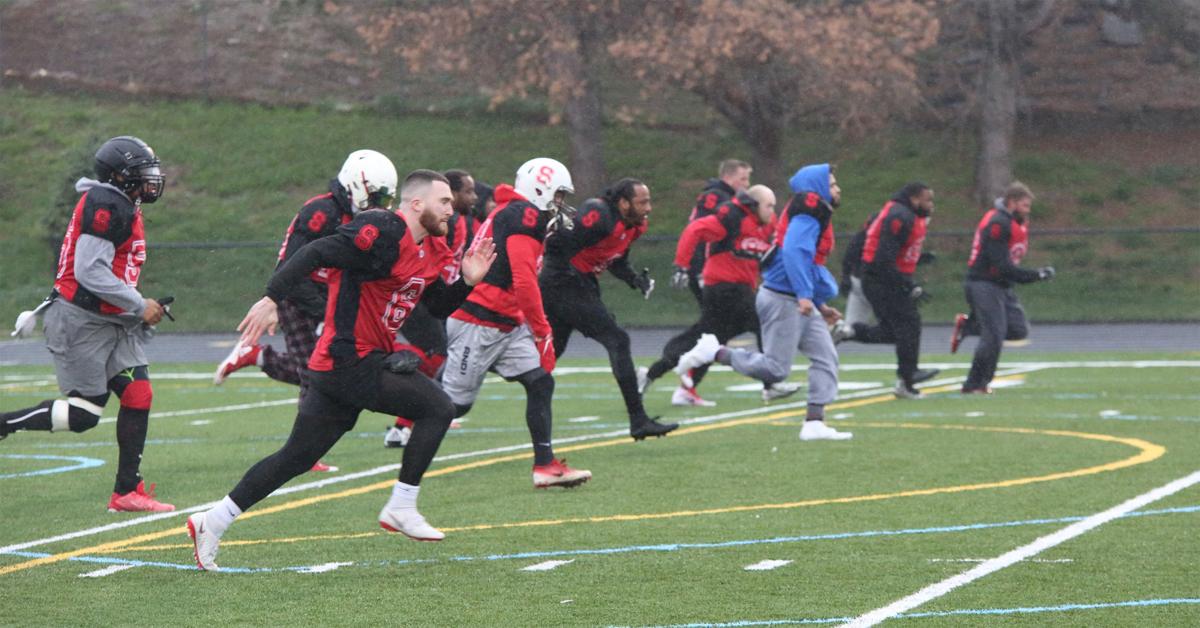 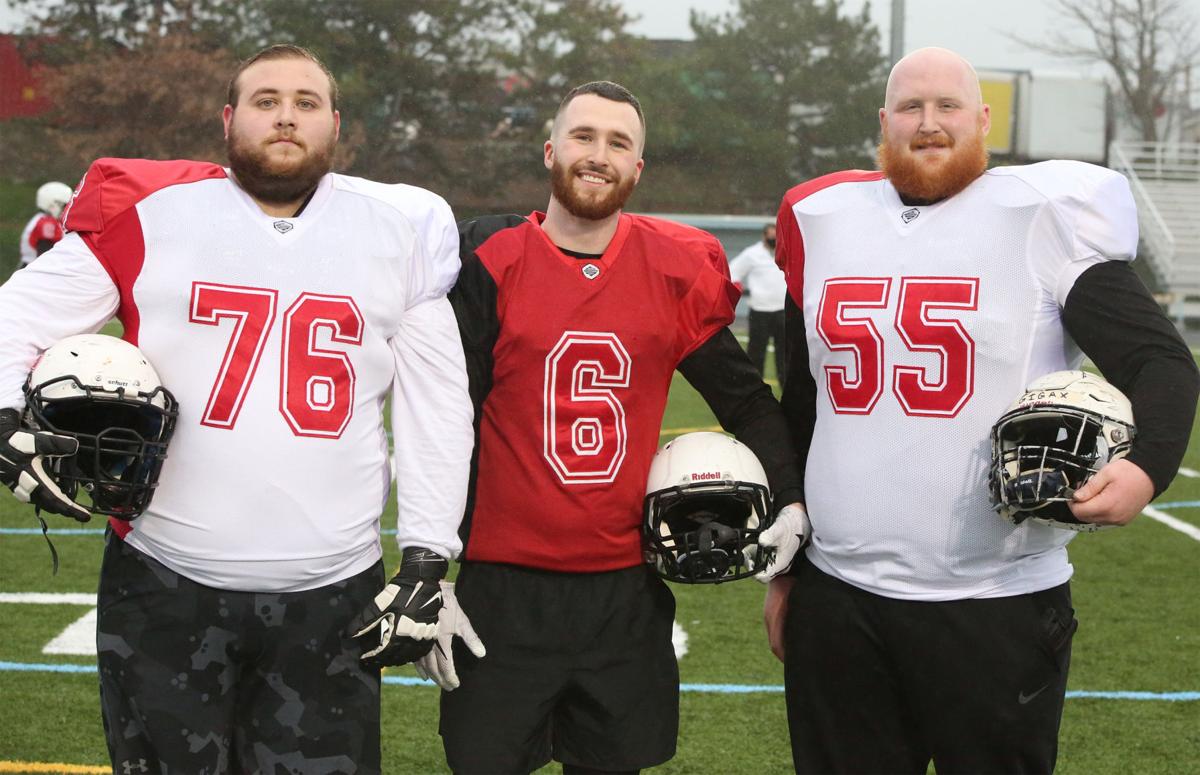 Joshua Tompkins left, Dillion LaPour and Jacob Gigax are some of the Ralston High School Alumni who currently play for the Omaha Stockmen.

It wasn’t high school students playing on the gridiron this time, but instead, a local semi-pro football team, the Omaha Stockmen.

Coach and Owner Andrew Mather said he finds a lot of people have not heard about this team and think the only other team in the area is the Omaha Beef.

Mather is also the principal at Karen Western Elementary and said he is trying to get the word out about the team.

The Omaha Stockmen is composed of a myriad of players ranging from ex-college athletes to players currently working full time that want to continue playing football.

Mather said the team has ten coaches on staff.

“I had always grown up watching football with my dad and had always had this desire to coach,” Mather said. “I was never big enough or strong enough to play. I played in middle school for a year and that was it.”

When Mather went to Morningside College in 2003, the first thing he did was seek out the head football coach.

He spent a lot of hours in college breaking down film, he said, and was eventually offered a spot on the coaching staff at Morningside.

Mather would end up coaching for four years at Morningside, while attending classes. After graduation, he helped coach the Sioux City Bandits, an indoor football team in Sioux City, Iowa, before moving to Nebraska to work in the front office for the Omaha Beef Arena Football team.

“I got back into teaching at the time and then working towards being a principal, the Beef commitment was just way too much to be able to do that full-time job as well,” Mather said. “I was looking for another opportunity and something to do to still be involved in coaching.”

It was on his search for a coaching opportunity that he ran into the Omaha Stockmen’s former owner.

“I actually went and met with him and interviewed for a running backs’ coach position and walked out somehow as the head coach,” Mather said.

Omaha Stockmen players are not paid and this is intentional according to Mather.

“We still have some guys that are trying to go play college ball and so obviously we don’t want any eligibility issues or anything like that to pop up,” Mather said.

Mather said another type of player the team attracts are those who have a passion for the game of football and want to play for as long as they can.

“We’ve really gone out of our way to really build a professional organization,” Mather said.

The Omaha Stockmen record every practice and upload the videos to Hudl, an online athletic performance analysis platform.

Each player gets individual film breakdowns and coaches will leave comments online via Hudl to let players know where they could improve.

The Omaha Stockmen practice and play their home games at RHS. The complete schedule can be found online at the team website at https://tinyurl.com/ytyjpwwk.

Most classes end with an essay or a multiple choice test.

After 84 years, the Ralston Recorder to close

Since 1937, the Ralston Recorder has covered the Ralston community with stories of historical events, local activities, schools and sports and…

Ralston teacher brings the farm to the classroom

April Pinkes, kindergarten teacher at Meadows Elementary School, is bringing her experience on the farm to her classroom.

Spring is in the air, and here at the Ralston Library, we are ready for the warmer weather.

As an adult, you can fully appreciate all your mother has done for you, so, on this occasion, you may be happy to give Mom flowers, candy, jew…

Joshua Tompkins left, Dillion LaPour and Jacob Gigax are some of the Ralston High School Alumni who currently play for the Omaha Stockmen.