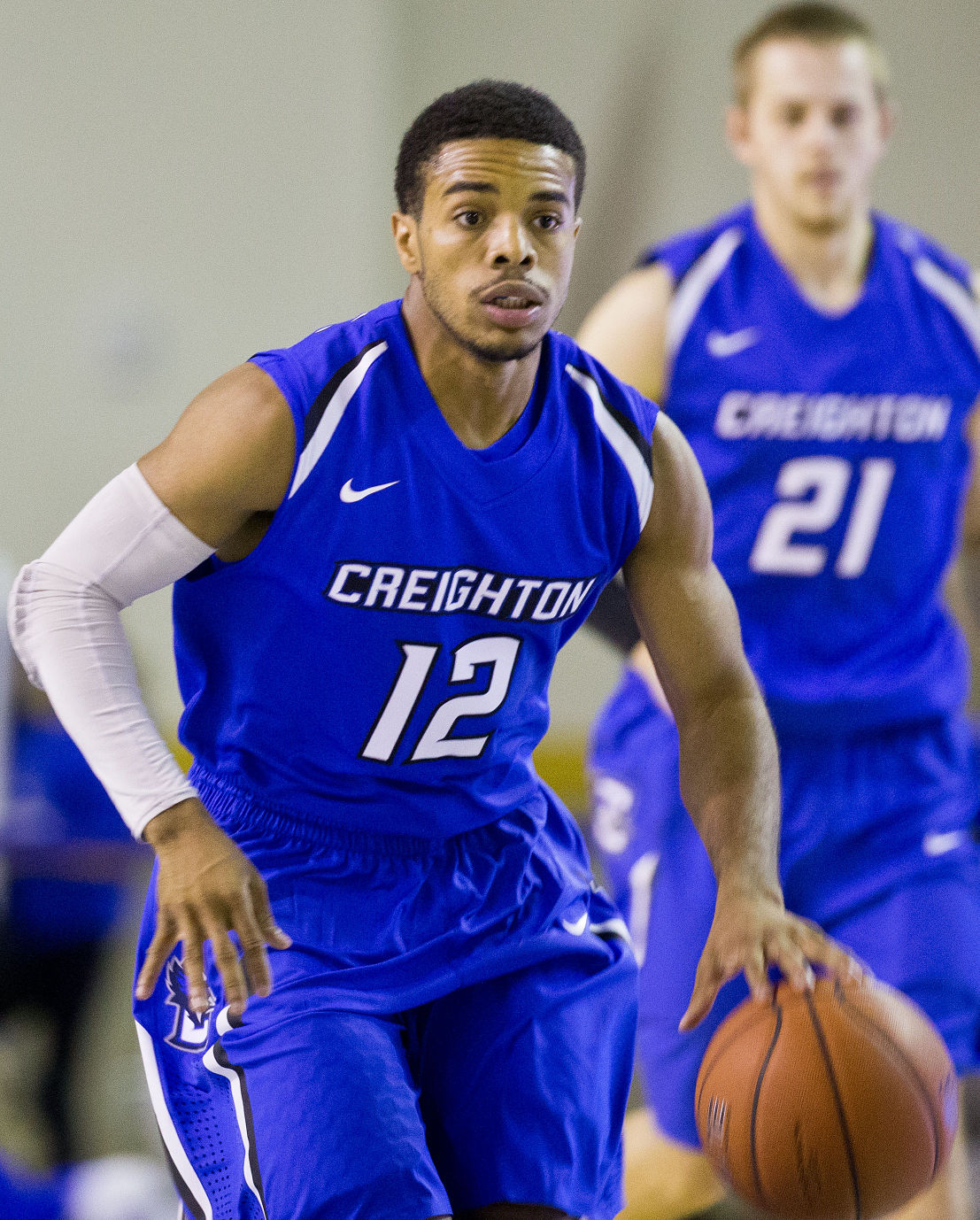 “I know the fans are looking forward to me playing and I’m looking forward to playing in front of them,’’ Creighton's Maurice Watson said. “Feeding into the pressure will make me play harder. I love the pressure and the expectations. They make people great. End of the day, that’s why I transferred, to play on a bigger stage in front of bigger crowds. If I wasn’t ready for that pressure, I would have stayed at Boston.’’ 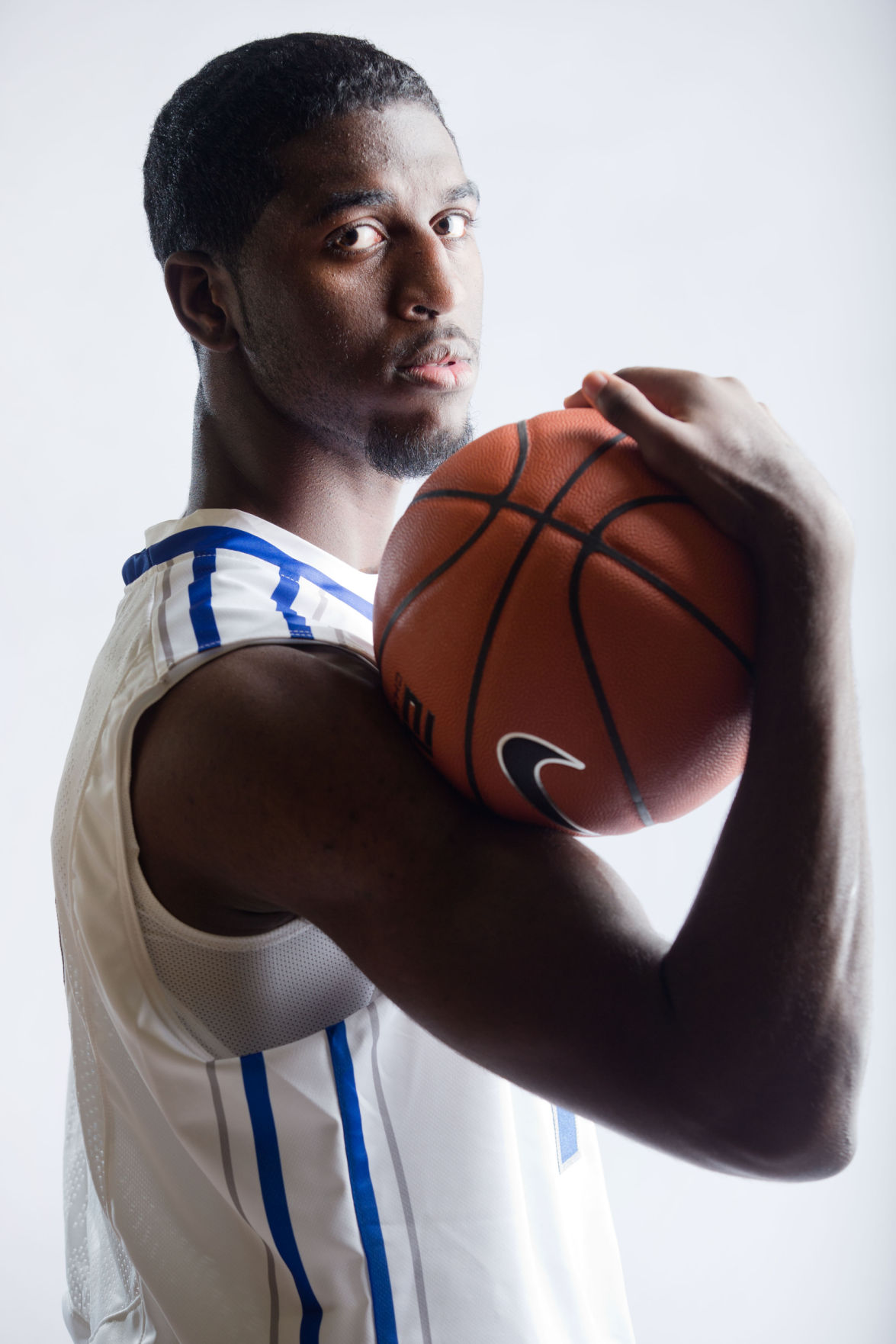 “When we made this decision to transfer to a bigger stage,’’ Creighton's Cole Huff said, “we knew what we were signing up for.’’

Cole Huff and Maurice Watson Jr. know the expectations outsiders will place on them heading into the next Creighton basketball season will be immense.

They wouldn’t want it any other way.

“When we made this decision to transfer to a bigger stage,’’ Huff said, “we knew what we were signing up for.’’

Then again, they probably didn’t consider that during the year they had to sit out to satisfy NCAA transfer rules, Creighton would experience its worst season in two decades.

The Bluejays lost nine straight games — eight in Big East play — at one point. They finished in a last-place tie with Marquette in the regular-season conference standings, then ended a 14-19 season with a loss to Georgetown in the Big East quarterfinals. Their 19 losses were the most since Dana Altman’s first team also lost 19 times during the 1994-95 season.

On top of everything, Creighton loses five seniors from its playing rotation. The Bluejays will be looking for help next season, and it’s going to be up to Huff and Watson to provide a major share of assistance.

Even though he had no part in any of the defeats, Watson agonized over each of them. He pledges to do whatever it takes to make sure Creighton gets itself back on track as quickly as possible.

“I love the pressure and the expectations. They make people great. End of the day, that’s why I transferred, to play on a bigger stage in front of bigger crowds. If I wasn’t ready for that pressure, I would have stayed at Boston.’’

A 5-foot-10 point guard, Watson scored 800 points and handed out 410 assists in starting 63 of 65 games in his two seasons at Boston University. He was a first-team All-Patriot pick as a sophomore in 2013-14 after earning third-team honors as a freshman.

His 248 assists and per game average of 7.1 ranked third nationally as a sophomore.

Huff, a 6-8 forward from Altadena, California, averaged 12.4 points and 5.4 rebounds as a sophomore at Nevada. Overall, he started 46 of the 62 games he played in two seasons with the Wolfpack, averaged 8.5 points and shot 36.8 percent from 3-point range.

Huff and Watson each have two seasons of eligibility remaining. They joined Creighton’s other returning players Monday in the Bluejays’ first workout of the spring. Creighton coach Greg McDermott said the experience Huff and Watson gained in being around the program this past season will be invaluable.

At the same time, McDermott said, the two players each will have plenty of work to do to prepare themselves to move from scout-team contributors to fully integrating themselves into the Creighton system.

“The system of play and their teammates are going to be new to them,” McDermott said. “With that will come a period of adjustment.

“The good thing is that they’ve taken full advantage of the year off. They didn’t sit around crossing X’s off the calendar. They got in here and got some work done.’’

Watson is being projected to take over the point guard spot from three-year starter Austin Chatman. Huff is expected to slide into the power-forward spot, although he might see some time at small forward.

McDermott said Huff has gotten stronger since joining the program last June and has worked hard on his perimeter defense. At Nevada, Huff primarily played inside.

“We’ve forced him to play on the perimeter offensively and defensively,” McDermott said. “He’s been put in situations where he hasn’t been familiar, having to handle the ball and pass it and guard perimeter players.”

Watson missed about seven weeks of practice after breaking a bone in his foot in early November.

“Maurice’s challenge next season is going to be how far can he come defensively,” McDermott said. “He has to be a perfectionist defensively in terms of positioning because of his size.

“His anticipation skills are great but he needs to learn the positioning part of it.”

Watson’s size was an issue with some recruiters when he was in high school. Playing for his father at Boys’ Latin in Philadelphia, Watson earned Parade All-America honors and was listed as a top 100 recruit by ESPN. He scored 2,356 points, the seventh-highest total by a Philadelphia high school player and second among City Public League players.

Watson knows moving to the Big East often will leave him matched up against bigger guards.

“I’ve learned a lot of lessons over this past year that should help with that,” he said. “You have to play hard every possession. You have to stay positive.

“You’re going to have bad days of defense, bad days on offense, but you have to fight through the adversity and be there for your teammates.”

One of Huff’s offseason priorities will be to continue to work on his strength and his quickness. The rigors of a season of practice have prevented Huff from adding any significant weight.

“I think I’ve put on about six pounds since last summer, but I’ll bulk up a little over this offseason,” he said. “I know I also need to get into better shape.

“In practice, when you’re running a lot of half-court sets, you kind of take it easy at times. But it’s different when you’re playing, when you’re going up and down. I need to bust all of the rust off so I’ll be good to go next year.”

Part of surviving a transfer season is adjusting to a season without rewards. Huff said that he actually welcomed the chance to have a year away from games in order to work on his own game.

Watson knew from the get-go that it would be difficult for him.

“I’ve never missed a game in my life,” he said.

Having made it through it, Watson said, he’s eager to start preparing for next season.

“When I started this, I thought it would be impossible to get through the year,” Watson said. “It’s been a year of ups and down, with me breaking my foot and the team not doing as well as we wanted it to.

“Now, it’s time. Cole and I have put in the work. We’ve gotten better and we took advantage of this year. I’m just looking forward to getting back out there.’’

Bluejays drilled on value of every possession

“Get Your Hips Down and Guard!” That phrase has been repeated over and over again during the two team workouts the Bluejays went through this week.

Little things mean a lot at this point for Creighton guard Isaiah Zierden. For the first time since undergoing knee surgery six weeks ago, Zierden on Friday did something most people take for granted: He bent his right leg back to a 60-degree angle.

Creighton basketball coach Greg McDermott joined "The Bottom Line" on Wednesday to talk about the state of college basketball, the Bluejays' struggles last season, his senior class and more.

Season 3 in Big East basketball: Reasons for optimism and concern at Creighton

The third year will give the Bluejays — and the rest of the Big East — the most accurate picture yet of where CU stands among its peers with a squad that might be the blueprint for how Creighton will assemble teams as it settles into life as a high major program.

The changing landscape of college basketball continues to stress Greg McDermott’s recruiting philosophy. In a perfect world, McDermott would prefer to build his program on the backs of the high school players he brings in and develops.

“I know the fans are looking forward to me playing and I’m looking forward to playing in front of them,’’ Creighton's Maurice Watson said. “Feeding into the pressure will make me play harder. I love the pressure and the expectations. They make people great. End of the day, that’s why I transferred, to play on a bigger stage in front of bigger crowds. If I wasn’t ready for that pressure, I would have stayed at Boston.’’

“When we made this decision to transfer to a bigger stage,’’ Creighton's Cole Huff said, “we knew what we were signing up for.’’