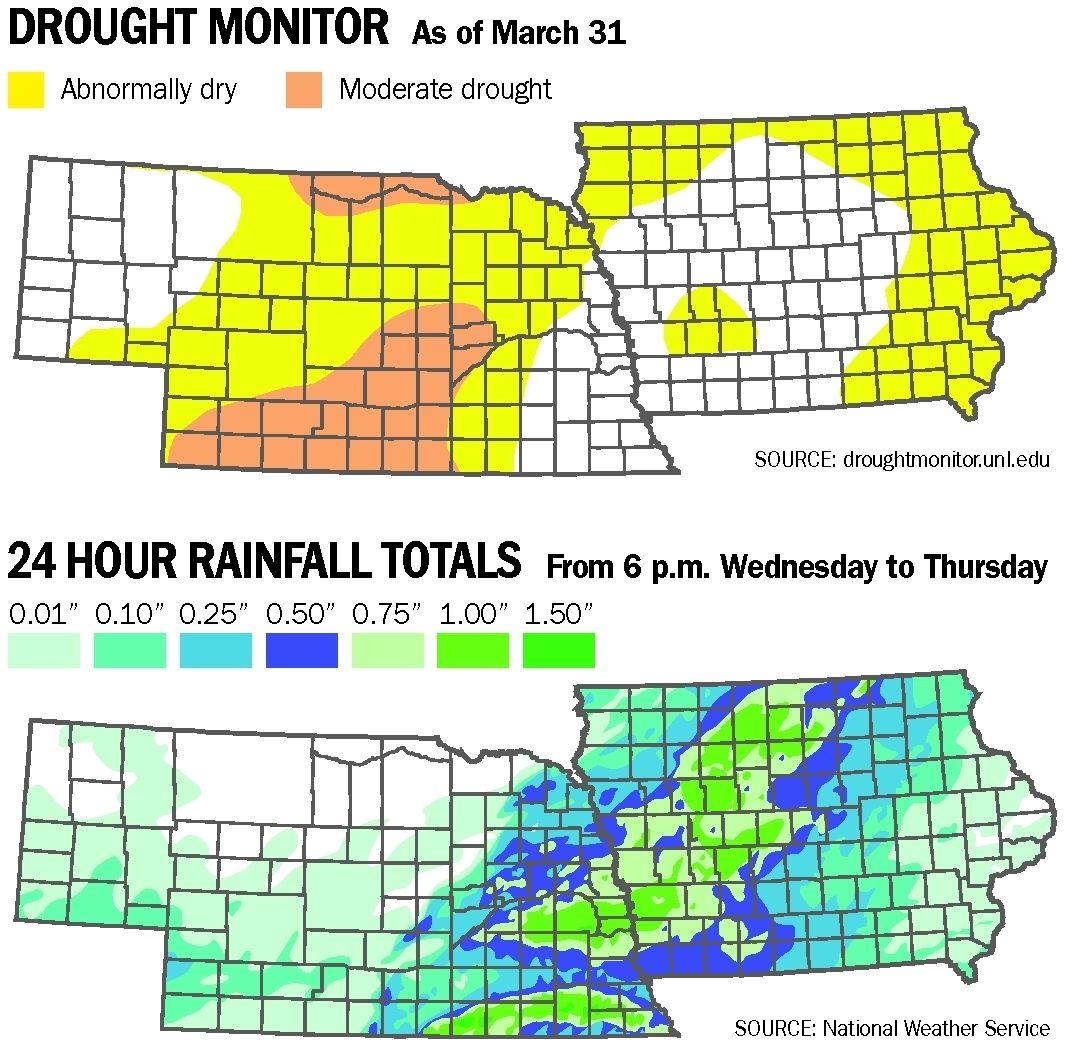 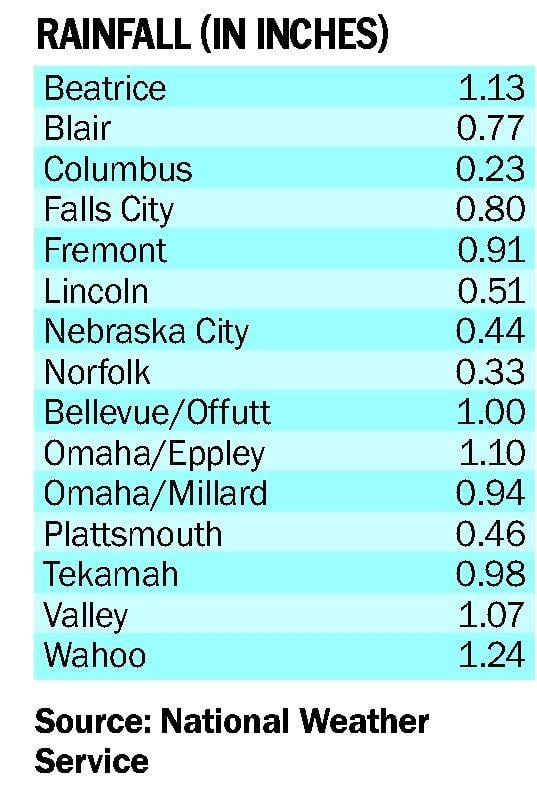 Rain, and the lack of it, is the weather news of the week in Nebraska.

Portions of southeast Nebraska benefited from much-needed rain Wednesday night — from one-half inch to nearly 2 inches of it.

Omaha set a rainfall record for April 1 with the 0.78 inches that fell before midnight Wednesday. Overall, the city officially received 1.10 inches because the rain continued into Thursday morning.

Kathleen Cue, horticulturist with the University of Nebraska-Lincoln Extension in Douglas and Sarpy Counties, said soils were perfectly primed for the rain.

"The frost was out of the ground, so the soil was ready to accept the

Homeowners won't need to water again for a couple of weeks, she said.

Still, large parts of Nebraska are exceptionally dry. And the driest area, central Nebraska, mostly missed out on Wednesday's rain.

In those areas, the month of March, which ended Tuesday, was record to near-record dry. For North Platte, it was the driest March on record; for Valentine, second driest; Grand Island, eighth driest; and Hastings, 11th driest.

Drought Monitor officially designated 22 percent of Nebraska in drought Thursday. Much of the rest of Nebraska is teetering toward drought, said Al Dutcher, state climatologist.

However, there's time for conditions to improve. Nebraska's traditionally rainiest months are ahead.

Near-drought conditions are beginning to engulf Iowa from the north and east. The state is in the unenviable position of being near the part of the U.S. — the upper Midwest — that is expected to see intensifying drought this summer.

Dutcher and National Weather Service meteorologist Ryan Pfannkuch both noted conditions at this time a year ago. At the start of April 2014, Nebraska was in worse shape than now but pulled out of it because of plentiful rains.

The next week's forecast includes a few scattered chances of rain but no widespread soakers, said Cathy Zapotocny, a weather service meteorologist.

McKewon: Husker football's sellout streak is in trouble, and that could be good news

Perhaps raising money for a much-needed overhaul of Memorial Stadium, including bigger seats with backs and cupholders, will be easier if the sellout streak lapses.

The bombshell that Oklahoma and Texas had inquired about joining the SEC should make Husker Nation thankful to be rid of their drama, writes Sam McKewon.

News of Texas and Oklahoma potentially joining the SEC dominated reporter questions at Big Ten media days. But in addition to the big story, here's what Sam McKewon saw and heard at the event.

Big Red Mailbag: When does Scott Frost's seat get at least lukewarm?