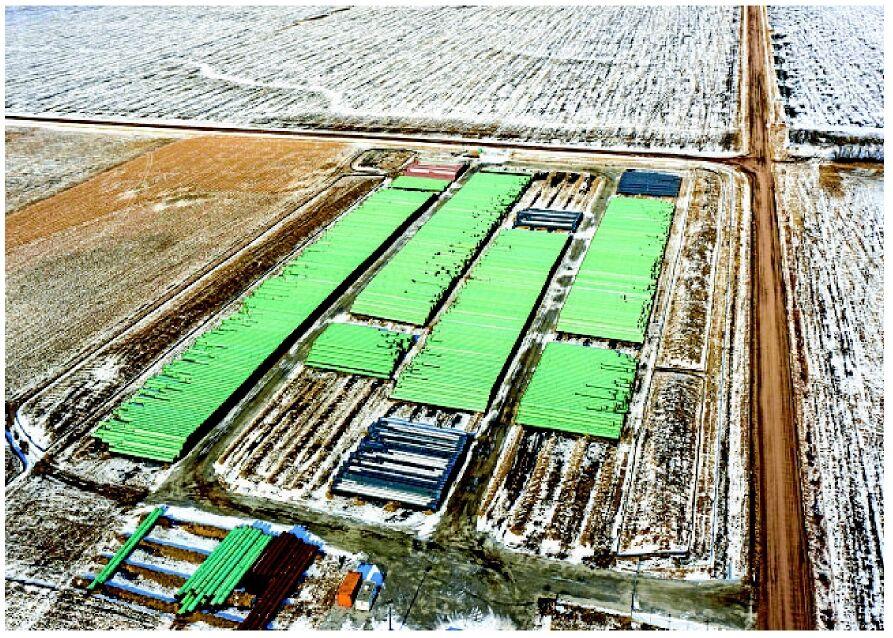 Pipes meant for the Keystone XL pipeline are stored in a field near Dorchester, Nebraska. 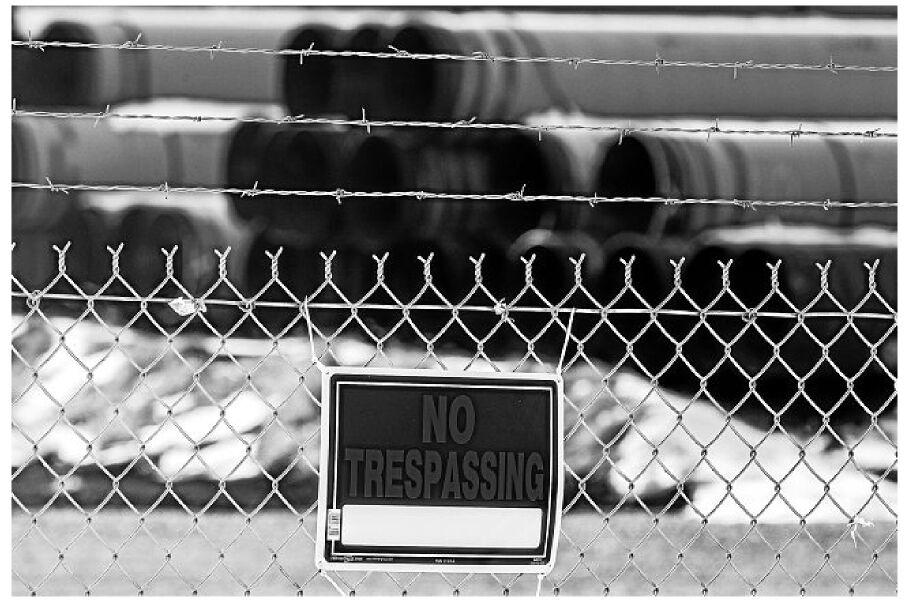 Pipes for the Keystone XL in a field near Dorchester, Nebraska. TC Energy planned to start construction in 2021 after overcoming legal hurdles this year, but Joe biden's election poses another threat to the project.

LINCOLN — There's a curiosity along a country road south of Norfolk — an empty lot, ringed by brand-new chain-link fence topped with barbed wire, that's watched 24/7 by a private security guard.

The lot has been under guard for may be three months. But the lot, which is intended to store segments of the 36-inch-diameter pipe needed to build the Keystone XL pipeline, still sits empty. Neighbors wonder, will it ever be used?

That's a question some Nebraskans, especially those with land along the pipeline route, are asking after the election of Democrat Joe Biden.

Duringhis campaign, the president-elect pledged to shelve the controversial project, first proposed 12 years ago. He cited the same environmental concerns that led his former boss, then-President Barack Obama, to deny the Keystone XL a permit to cross into theU.S. in 2015.

While environmental groups are now mounting a campaign to ensure that Biden fulfills his promise to dump the $8 billion project, the Canadian government, labor unionsand oil industry groups are revving up a lastditch effort to save the Keystone XL.

Pipeline supporters maintain that it's a different, and better, project than it was when it received Obama's thumbs-down and that the jobs it would generate fit well with Biden's "build back better" goal for the economy.

They say improvements in mining techniques have lowered carbon dioxide emissions at the massive open-pit mines and injection wells where the oil sands are extracted.

Overall, they argue, the U.S. needs Canadian oil more than ever because of the decline indomestic fracking and an expected reduction in supply of similar thick crude from other nations, including Mexico and Venezuela.

"We think there's a very strong and compelling case forKeystone XL that wasn't there five years ago," said Ben Brunnen, a vice president at the Canadian Association of Petroleum Producers.

But last week, a coalition of environmental groups announced a "public pressure campaign" to hold Biden's feet to the fire for his pledges concerning climate change and moving away from fossil fuels. The campaign includes pushing for a halt in "unnecessary" pipelines like the Keystone XL.

"Press releases and lobbying from Big Oil and politicians doing their bidding will not change the fundamental facts around Keystone XL — this is a pipeline that is all risk and no reward," said Jane Kleeb, who led the formation of the leading local opposition group, BOLD Nebraska.

The project has had plenty of ups and downs in Nebraska, which became ground zero nationally in the debate. There have been three route changes,a special sessionof the State Legislature, public hearings, protests, lawsuits and even a benefit concert for the opposition featuring Willie Nelson and Neil Young. And that's on top of the national debate over global warming and the correct energy path for the future.

But 2021 promises to be a fishor-cut-bait year for the Keystone XL, which is intended to pump 830,000 barrels of oil a day from northern Alberta to oil refineries on the Texas Gulf Coast specially set up to transform the thick crude into products used in asphalt roads, petrochemicals and plastics.

Pipeline developer TC Energy has planned to begin construction in 2021 after overcoming some legal obstacles this year.The Canadian corporation has already invested $7 million in Nebraska to upgrade about 26 miles of country roads near the pipeline's path so they can handle heavy equipment.

Six"pipeyards,"underguard24 hours aday,havebeenestablished to stockpile steel pipe. Some, unlike the one south of Norfolk, have piles of pipe. And some site preparationworkhasbegunatone of thepumpstations for thepipeline, in Jefferson County.

Overall, about 124 miles of the Keystone XL have already been built in Canada and Montana.

"Weare committed to this project, which has been studied numerous times at the federal and state level over the last decade, with each showing it can be built in a safe and environmentally responsible manner," said TC Energy spokeswoman Robynn Tysver.

There have been a couple of bumps in the road recently in Nebraska. Holt County rejected a construction permit for the pipeline, a snub that TC Energy maintains was unjustified and will probably end up in court. And the Plainview City Council turned down a request to establish a construction yard near that northeast Nebraska community. TC Energy initially wanted to establish a "man camp" there to house pipeline construction workers but later dropped those plans, indicating that workers would be staying at local motels.

Until Biden takes office, it's a war of words over whether the pipeline should be built or blocked.

The Keystone XL, as well as other pipelines, don't sync with Biden's commitment to move away from fossil fuels to cleaner sources, pipeline foes say.

"Biden can be a climate president by keeping fossil fuels in the ground on day one," said Denali Nalamalapu, a spokesperson for 350.org, a national environmental group. "We will hold the Biden-Harris administration accountable for a just and equitable transition towards a renewable, regenerative economy."

But working in favor of the Keystone XL, some say, is Biden's longtime support from labor unions. In October, TC Energy signed $1.6 billion worth of contracts with six major U.S. union contractors to build the final 800 miles of the pipeline across Montana, South Dakota and Nebraska to a pipeline junction at Steele City, just north of the Kansas border.That translates into thousands of well-paying construction jobs.

So is the Province of Alberta, which has invested $1.1 billion and provided $4.2 billion in loan guarantees for the Keystone XL in hopes of lowering the cost of shipping, and improving theprice paid for, the tar sands oil.

Brunnen, of the Canadian oil association, said oil producers in the tar sands regionhave reduced their expenses and improved their extractionprocesses, lowering the break-evenpoint from more than $50abarrel to $30 to$40.He said greenhouse gas emissions have also been reduced by between 9% and 14%, depending on the mining technique.

But the improvements, according to the Climate Action Network, have been on a per-barrel basis, and because of an increase in tar sandsmining inrecentyears, emissions have increased overall. Drawingoil from tarsands generates 17% more carbon emissions than conventional oil, according to the Natural Resources Defense Council.

Nationally, there have been stories predicting both the demise and survival of the Keystone XL.

Plus there's another path this protracted pipeline saga might take: a fair-trade challenge like the lawsuit TC Energy (then TransCanada) filed when Obama rejected theproject. (That $15 billion lawsuit was dropped when Trump resurrected the project.)

In the end, it will come down to whether the new president can keep,or amend,a campaign statement issued by his policydirector in May: "Biden strongly opposed the Keystone pipeline in the last administration and will proudly stand in the Roosevelt Room again as president and stop it for good by rescinding the Keystone XL pipeline permit."

Pipes meant for the Keystone XL pipeline are stored in a field near Dorchester, Nebraska.

Pipes for the Keystone XL in a field near Dorchester, Nebraska. TC Energy planned to start construction in 2021 after overcoming legal hurdles this year, but Joe biden's election poses another threat to the project.