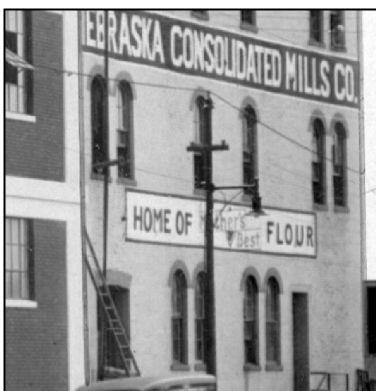 From left: Nebraska Consolidated Mills building in 1932; ConAgra's headquarters at Douglas and 15th in 1988, before the riverfront move; CEO Mike Harper in 1976. 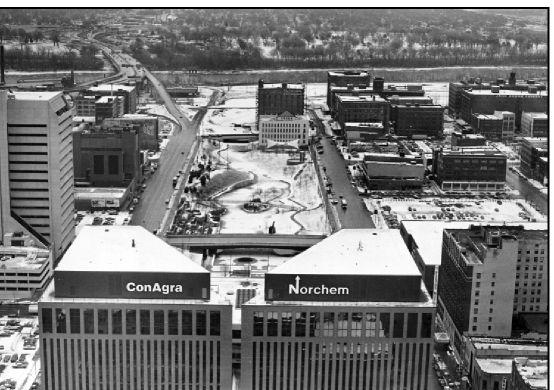 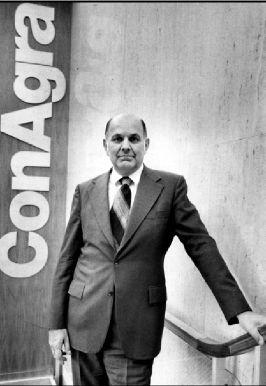 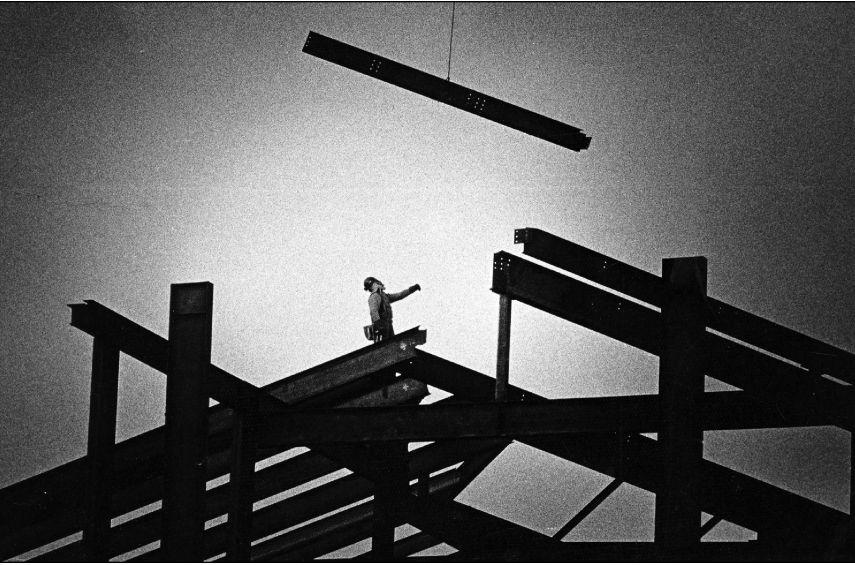 At top, CEOs Bruce Rohde and Gary Rodkin at the annual shareholders meeting in 2005. Above, some of the many familiar brands that ConAgra purchased and now produces. After starting as a flour processing business, the company now makes most of its money from packaged foods.

The founders of four Nebraska flour mills that joined forces in the early part of the last century probably couldn't imagine that Nebraska Consolidated Mills would grow into a Fortune 500 company selling some of the country's biggest food brands from the banks of the Missouri River in Omaha. The homegrown company and the city have grown together — and now apart.

1905 and before: Several brands that will one day be owned by ConAgra Foods make their debut, including Hunt's tomatoes (1890), Wesson cooking oil (1899) and Hebrew National hot dogs (1905).

1920s: A number of brands that later become part of ConAgra are founded, including Peter Pan peanut butter and Chef Boyardee canned pasta.

1941: In the first company expansion outside Nebraska, NCM builds a new flour mill in Decatur, Alabama.

1950s: TV dinners take off; Banquet Foods is founded and would later become a unit of ConAgra. In 1957, NCM completes its first foreign expansion with the construction of a mill in Puerto Rico.

1960s: The company expands to Europe with a mill in Spain. And with the purchase of Montana Flour Mills, NCM comes to own flour-milling operations that span the United States.

1976: Mike Harper is named chief executive and transforms the company from a flour processor into a consumer packaged foods giant by acquiring firms such as Banquet and Armour Foods. Harper was named chairman in 1981.

1982: Grain is still a big part of ConAgra. The acquisition of Peavey Co. makes it the largest publicly traded grain merchandiser.

1986: CEO Harper threatens to move ConAgra to another state if substantial business and tax incentives aren't offered from state and local authorities.

1987: The Nebraska Legislature passes a suite of incentives that offer tax credits and other aid to companies meeting certain employment and capital expenditure requirements. Corporate jets are among the equipment qualifying for tax credits. Other parts of the legislation are seen as executive-friendly, such as lowering the state income tax for the wealthy and exempting profits from the sale of stock issued by a taxpayer's employer from state income tax.

1988: ConAgra joins with a partner to acquire Lamb Weston, a leading potato processor and now the centerpiece of its commercial foods division, serving restaurants and institutions. ConAgra later comes to own the entire Lamb Weston operation. The first Healthy Choice frozen dinners are introduced.

1990: The new company headquarters in downtown Omaha opens, built on the site of the historic Jobbers Canyon warehouse district, where more than 20 buildings were demolished to make way for the new campus.

2004: ConAgra's sales mix, 51% of which came from fresh meat and other commodities in 1998, continues to change, with more than 80% coming from branded packaged foods.

2015: The company puts its private-label unit — the former Ralcorp — up for sale. Connolly says he'll undergo a top-tobottom review of the company.

2015: ConAgra announces that its headquarters will move to Chicago and that 1,000 salaried jobs will be cut in Omaha.

"We are in crisis mode." Those are the words of one Omaha physician treating COVID-19 patients on the front lines last week. The facts: More t…

A man was fatally shot Thursday evening while struggling with Omaha police during a traffic stop, police said.

High schools should at least give winter sports a try

High school football is in its final furlong. The finish line is Friday.

CDC: Be thankful for home, and stay there

The safest way to celebrate Thanksgiving this year, the CDC says, is by staying put.

From left: Nebraska Consolidated Mills building in 1932; ConAgra's headquarters at Douglas and 15th in 1988, before the riverfront move; CEO Mike Harper in 1976.

At top, CEOs Bruce Rohde and Gary Rodkin at the annual shareholders meeting in 2005. Above, some of the many familiar brands that ConAgra purchased and now produces. After starting as a flour processing business, the company now makes most of its money from packaged foods.