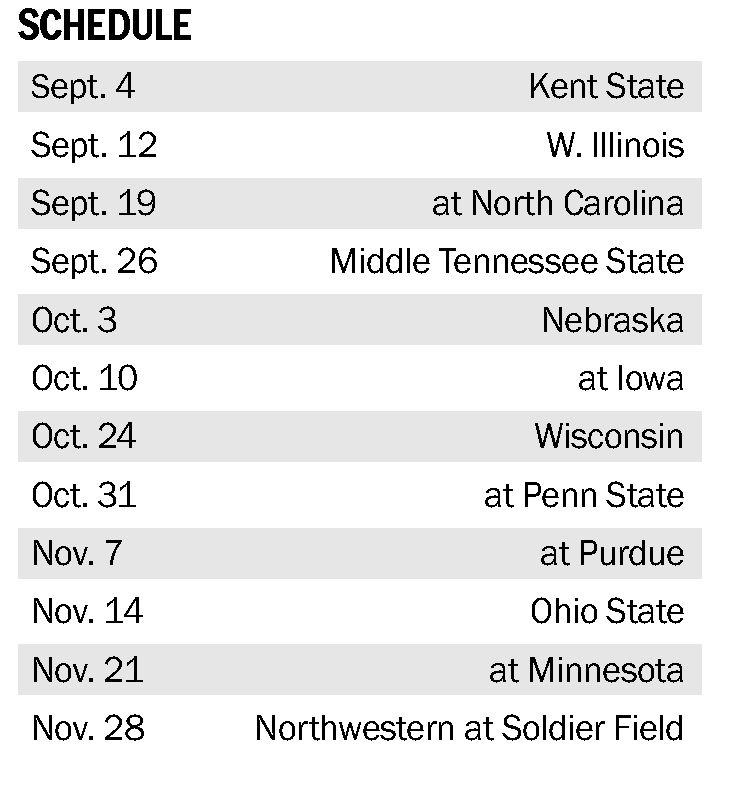 The circus never leaves Champaign during football season. The latest clown show involves firing Tim Beckman eight days before the first game, instead of two years ago when it should have happened. At least interim Bill Cubit is well respected.

This unit has not been serviceable, and this was the previous coach's area of expertise. The Illini have gone from 94th to 105th to 107th in scoring defense the past three years. LB Mason Monheim and CB V'Angelo Bentley are the leaders.

Illinois, under Beckman, went 2-10, 4-8 and 6-7 with a bowl bid. But last season's progress involved three wins that easily could have gone the other way. Major holes remain.

This has the makings of a major collapse, with the investigation of the player mistreatment ongoing and a late-August coaching change.

"As any football coach, we always have pressure and we always understand that it's necessary to win. But our program has gotten better each and every year with wins in the classroom and socially."— Tim Beckman