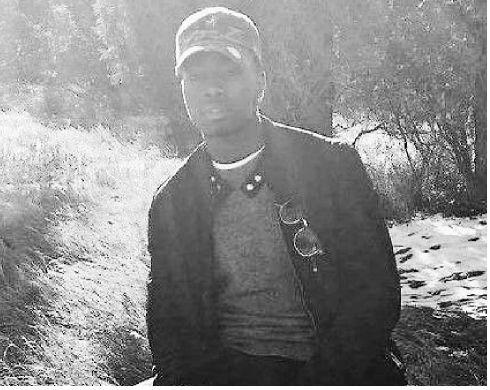 LaZell Hampton, 22, was a graduate of Papillion-La Vista South High School and participated in show choir, dancing and more. Ahmed Ismaeil is accused of fatally stabbing Hampton on Friday.

A 24-year-old man was ordered held without bail Wednesday in the stabbing death of LaZell Hampton.

Omaha police responded to a stabbing at 2309 Irving Court shortly after 10:30p.m. Friday. They found Hampton, 22, suffering from a stab wound. He was taken to the Nebraska Medical Center and later died.

Ahmed Ismaeil of Omaha has been charged with first-degree murder and use of a weapon to commit a felony. He appeared in court Wednesday morning.

An assistant prosecutor with the Douglas County Attorney's Office said Hampton had been seeing Ismaeil's former girlfriend. Ismaeil was in the process of moving out of the residence he had shared with the woman.

Ismaeil went to the residence and learned Hampton was inside, the prosecutor said. He then began kicking the door and yelled, "I'm going to kill him," the former girlfriend told police.

Inside the residence, Ismaeil allegedly got into a verbal altercation with the woman. When Hampton tried to step in, Ismaeil produced a knife and stabbed him, the prosecutor said.

Finest Hampton said he last saw his older brother about 6 p.m. Friday when LaZell left to go home with his girlfriend, but doesn't know what happened after that.

LaZell was the oldest of five children and an employee of a clothing store in Gretna, Finest said.

He also was a graduate of Papillion-La Vista South High School and participated in activities including show choir, modeling, dancing and guitar.

LaZell Hampton, 22, was a graduate of Papillion-La Vista South High School and participated in show choir, dancing and more. Ahmed Ismaeil is accused of fatally stabbing Hampton on Friday.