Omaha park commissioners decided to create Miller Park in 1893. Work didn't begin on the pavilion until 1908. 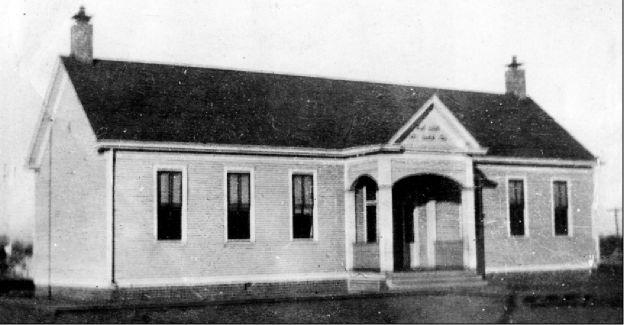 The Omaha school board voted in 1909 to build Miller Park School.

When Dr. George L. Mill-er arrived in Omaha in1854, he was among the first wave of men and women who shaped Nebraska's destiny.

The 1894 "History of the City of Omaha'' by James Savage and John Bell describes Miller as "always a man of striking personality. He possessed a strong will and rugged character, with great energy and capacity for work.''

Besides working as a physician, serving in the territory's legislature, founding and editing The Herald and advocating for Omaha, Miller's list of achievements is long:

• Served as an 1854 member of the Omaha Claim Club, which insured property rights of members.

• Founded and served as first president of the Omaha Library Association in 1857.

• Served as a surgeon with Gen. William Harney's cavalry campaign against warring Sioux Indians in Dakota Territory in 1861.

• Acted as an agent for Western Stage Co.

• Served on the Omaha school board. Miller Park Elementary School is named for him.

• Was instrumental in securing the Army barracks in 1868 that became Fort Omaha.

• Was a member of the fire and police commissions, and head of the humane society.

• Served as general western manager for New York Life Insurance Co. for three years after selling his interest in The Herald in 1887.

• Led the board of park commissioners in the 1890s, creating the city's parks and boulevard system. Miller Street (near Spring Lake Park) and Miller Park are named for him.

• Served as president of the Greater America Exposition of 1899, a lesser-known fair that followed the previous year's widely successful Trans-Mississippi Exposition in Omaha.

• Donated 25 acres of his property to the Presbyterian Church for a theological seminary in the 1890s.

• Was president of the Nebraska State Historical Society in 1907.

Omaha park commissioners decided to create Miller Park in 1893. Work didn't begin on the pavilion until 1908.

The Omaha school board voted in 1909 to build Miller Park School.