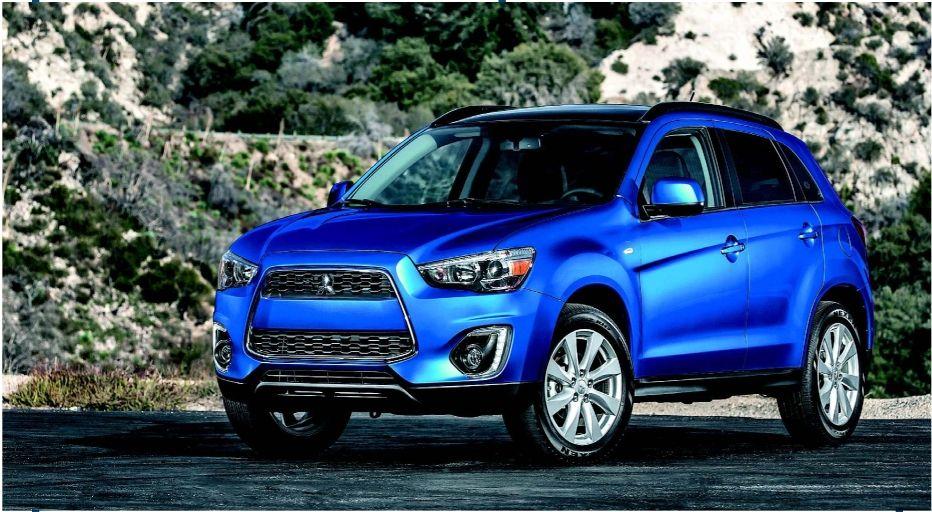 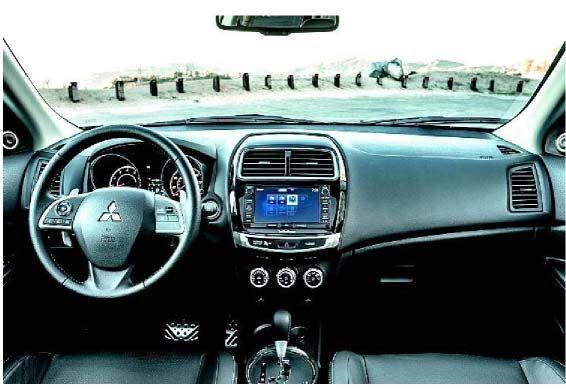 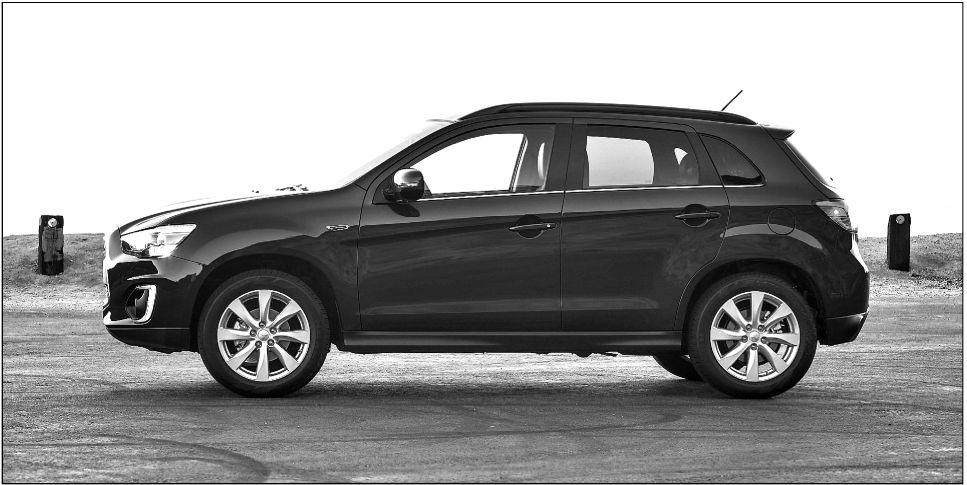 With a chopped-down tail section, the 2015 Outlander Sport is a bit thin on total storage against the Ford Escape and the Honda CR-V. 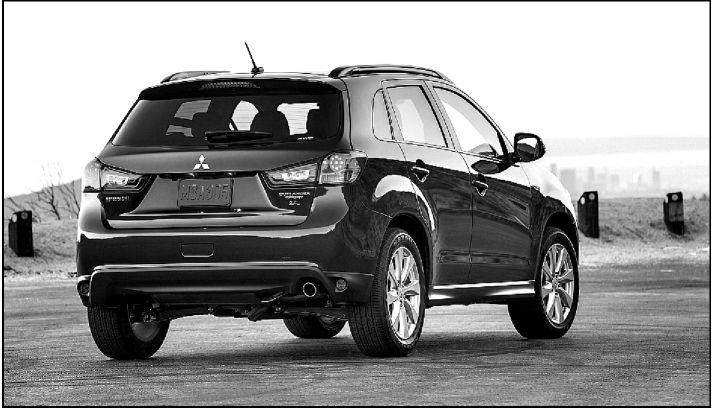 The Outlander Sport performs a myriad of people and cargo-hauling tasks with minimal effort and fuel consumption. It's also the last Mitsubishi to be built in North America, as the automaker recently announced closure of its manufacturing facility in Normal, Illinois.

For the 2016 model year, the Outlander Sport will join the larger Outlander and Lancer sedans that are shipped here from Japan.

The Sport is actually based on the Lancer sedan platform, but is kin to the larger Outlander. With the arrival of the significantly reworked 2016 Outlander, the 2015 Sport now looks quite dissimilar (it will receive similar updating for 2016.)

Not that there's anything visually askew with the current Sport with its open-mouth grille that can be easily spotted from afar. For anyone who considers the look too over-the-top, consider the equally sizable frontages on a number of current Toyota and Lexus vehicles.

The cabin is about mid-pack for passenger space and comes up shy on stowage area behind the split-folding back seat when compared to the front-running Honda CR-V and Ford Escape. On the plus side, the rear doors lead to a generously sized split-folding rear bench and an extra-wide liftgate makes the loading/unloading of your gear less of a chore.

For drivers, the Sport's gauges and controls are pretty straightforward, although it takes some fiddling with the ventilation system to get just the right mix of temperature and fresh air. The view in all directions is ideal, but assistance from the standard backup camera is there when you need it.

The 2-liter can be had with a 5-speed manual transmission, but only when the base front-wheel-drive ES trim is specified. With this combination, fuel economy is rated at 25 mpg city and 32 highway.

Optional in the ES and standard in all other front and all-wheel-drive trims is Mitsubishi's next-generation continuously variable transmission (CVT) with paddle shifters controlling seven built-in steps that mimic a traditional multi-speed automatic. And just like a regular automatic, the paddle shifters assist when overtaking slower vehicles or when heading uphill. Downshifting one or two steps provides an extra squirt of power when needed and also gives you engine-braking control when descending steeper grades.

The new electric power steering thankfully provides more "feel" than the previous system that also required almost constant correction to keep the Sport in the middle of the lane.

The all-wheel-drive system is operated through a knob on the floor console. Turned to the AWC (All Wheel Control) position, the vehicle remains in front wheel-drive most of the time, but when tire slip is detected, up to 70 percent of engine torque can be directed to the rear wheels. The dial's "Lock" position maintains a 60:40 torque split when conditions require traction at all four corners.

For $20,450, the base Sport ES comes with the usual power-operated accessories, air conditioning, 18-inch alloy wheels and five-year/60,000-mile comprehensive warranty (10-year/100,000 miles for the powertrain).

The SE adds AWC, a 6.1-inch touchscreen, climate control and heated front seats, while the GT AWC gets the 2.4-liter engine plus additional convenience items.

With a limited (and aging) product range, the Mitsubishi Outlander Sport is one of automaker's few mainstay vehicles and is possibly the most competitive now that more power has been added to the mix.

Much improved steering and transmission operation simply improve a handsome little package until the 2016 replacement arrives.

With a chopped-down tail section, the 2015 Outlander Sport is a bit thin on total storage against the Ford Escape and the Honda CR-V.