Ed Morrow In the last four games, he's scored 28 points on 13of-15 shooting and grabbed 15 rebounds. 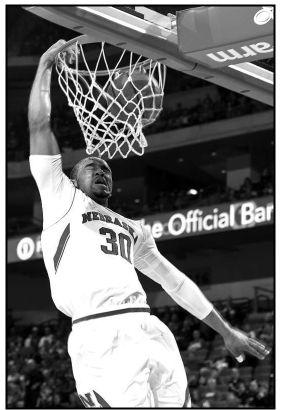 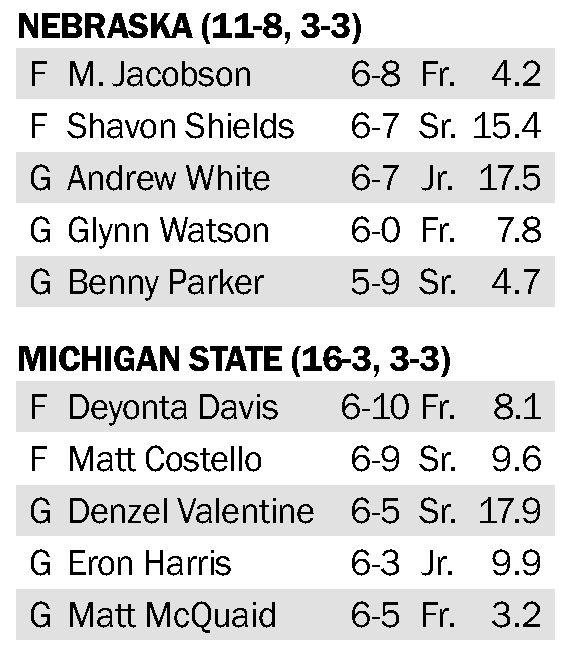 LINCOLN — It's a good thing for Nebraska's Ed Morrow that he doesn't seem easily rattled.

Because there's plenty about Wednesday's road trip to Michigan State that could intimidate a young and undersized big man — even one like Morrow, a 6-foot 7 freshman forward who's been surging lately after a few first-year adjustments.

Morrow and the Huskers are set to take the floor in one of the Big Ten's most hostile venues, against a Michigan State program renowned for its bullish brand of play. Guys like 6-foot-9 senior Matt Costello and 6-9 junior Gavin Schilling have enough savvy and muscle to control the action in the paint. Then there's Deyonta Davis, a 6-10 freshman who leads the team with 37 blocks.

"Ed's got really good poise," Nebraska coach Tim Miles said. "He's got a mentality about him, where he's got a fearlessness that he'll compete against anybody. I don't think much fazes him."

Miles points to Morrow's high school hoops career for that. Morrow does, too.

Jabari Parker, the No. 2 overall NBA draft pick in 2014, was two years ahead of Morrow at Chicago's Simeon Career Academy.

His experiences against elite talent seem to have shaped Morrow's attitude toward the game.

Energy, effort, toughness and confidence can go a long way. Asked by reporters Tuesday to describe the keys to rebounding effectively, Morrow said this: "It's about who wants it more."

What about guarding taller players? "You learn how to protect your house, to protect the paint."

And the idea of going on the road as underdogs against a possibly desperate Michigan State team? "I never doubt me or my teammates."

He says his mentality hasn't changed, either, even though his freshman season got off to a slow start. Morrow told The World-Herald in December that he was playing "terrible," still struggling to learn the playbook, adjust to the level of competition at a new position and handle a nagging foot injury.

But he stayed patient. It's one thing he said he learned while battling against the best in high school.

Earn the right to get minutes. Prove you belong.

"I knew I wasn't getting everything done that I needed to do on the floor, learning the plays and learning the program," he said Tuesday. "Over the months, I just got better at it."

"Game by game, I guess you could say, it gets easier," he said.

Coach Tim Miles indicated this week that a couple of players have been under the weather lately, but he hasn't ruled anyone out. "(It's) nothing that nobody else has been going through," Miles said.

The Spartans haven't lost three straight games in three years. They dropped a home game to Iowa on Thursday and lost on a last-second layup at Wisconsin on Sunday.

In Big Ten action, Andrew White is tied for fourth in scoring (18.5 points per game) and ranks third in rebounding (8.0 per game). No one's made more 3-pointers (20) than White in league play.

Ed Morrow In the last four games, he's scored 28 points on 13of-15 shooting and grabbed 15 rebounds.