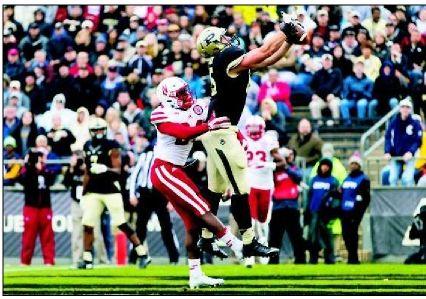 Aaron Williams had seven tackles against Purdue while filling in for Byerson Cockrell. "You've got to train and prepare like you're going to play, "Williams said. 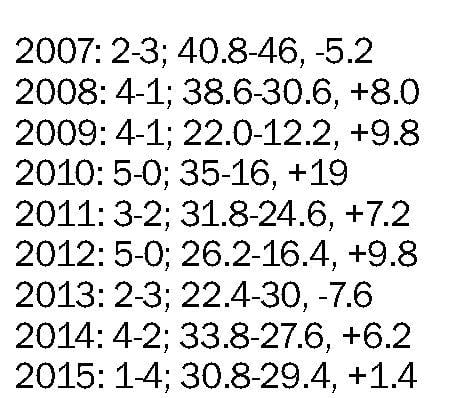 LINCOLN — Freshman Aaron Williams hadn't played many defensive snaps in October before stepping in as a starting safety for the first time in his career at Purdue Saturday.

A family tragedy kept senior Byerson Cockrell out of the lineup. So Williams had to take over.

And he was ready — even though most of his in-game reps on defense had come in September, when the Huskers were matching up against spread offenses.

"What kept me focused was, every week and every day, you've got to train and prepare like you're about to play," Williams said. "You've got to prepare for the game anyway, because you never know what can happen."

Williams earned positive reviews from Nebraska coaches for his effort Saturday. He had seven tackles.

Michigan State is expected to have its full starting offensive line Saturday, which is just fine with Nebraska defensive tackle Maliek Collins.

The challenge won't be easy. But Collins said he and the rest of Nebraska's defensive linemen are looking forward to seeing how they measure up.

"Don't think that we don't have confidence in our own abilities as a defensive line, or that we think they might be better than us," Collins said. "We just keep fighting every day. We're going to give it our all and hopefully the result turns in our favor."

Collins has 26 tackles, five tackles for loss and 1.5 sacks this year. Those numbers are down from last year, but teams are running the ball less against the Huskers and Collins is facing far more double teams because Nebraska lacks an elite pass rusher like Randy Gregory.

Collins is the No. 4-ranked Big Ten player on the list. Ohio State defensive end Joey Bosa leads the way at No. 3 overall. Running back Ezekiel Elliott is No. 9 and Penn State quarterback Christian Hackenberg is No. 15. Miller has 23 Big Ten players overall in the Top 100.

From the time Nebraska started Big 12 divisional play in 1996 until the 2002 Iowa State game, Husker football had dominated the teams in the Big 12 North.

In 30 games played over six seasons, the Huskers had a 27-3 record inside the division, losing only to two of the five best teams in Kansas State history and one of the five best in Colorado history. In that span, NU outscored its divisional foes by an average of 40.2-18.03. This was supreme dominance in an era that featured some of the Big 12 North's better teams and individual players.

By year, the record and scoring Nebraska's divisional records by opponents. (Remember, Big Ten Legends and West teams were not necessarily the same. Only Minnesota, Iowa and Northwestern were in both with the Huskers).

Every one of those winning rates gives Nebraska at least two divisional losses. The only Big Ten team to play in the league title game with two divisional losses is Wisconsin in 2012 — and that's because Ohio State and Penn State were on probation. And even then, Wisconsin finished 3-2 against the division and outscored teams by a score of 33.2-17.4, or plus-15.8.

Aaron Williams had seven tackles against Purdue while filling in for Byerson Cockrell. "You've got to train and prepare like you're going to play, "Williams said.