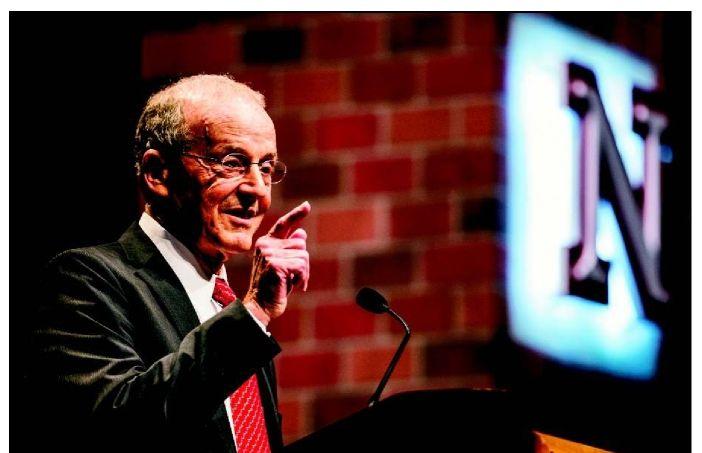 UNL Chancellor Harvey Perlman said during his state of the university address that a priority for the coming year is finding ways to exploit opportunities at the new Innovation Campus. 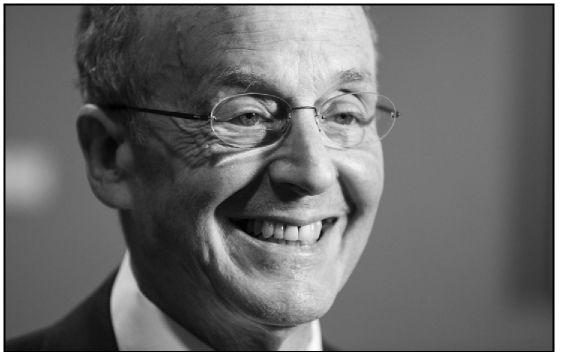 LINCOLN — University of Nebraska-Lincoln Chancellor Harvey Perlman kicked off his final state of the university address by saying he did not think he should be giving the speech.

He called it "Short Remarks from a Short-Timer." As his tenure draws to a close, Perlman said he can set no new agendas while the university searches for his replacement.

Instead, he laid out short-term goals and reflected on the university's growth in the areas of technology, international engagement and innovation during his 16th and final such address.

"Nebraska is not the university we were 15 years ago," Perlman said. "Because of good fortune, extraordinary external support from friends and alumni, and a collective internal commitment to drive this university forward, we are now a far better university."

Perlman noted that the focus of the campus is on selecting his replacement. He is still content, he said, with goals he has laid out in past years for growing enrollment, research expenditures and tenured faculty.

Perlman touched on hits and misses from the past year. Among the misses: a failed attempt to merge the colleges of architecture and fine arts that Perlman said could still result in "something special" and a record enrollment number that still didn't move the needle much toward his goal of 30,000 students.

The hits included a roster of new or expanded global endeavors, including a joint degree program with a university in China, an American-style Fulbright University in Vietnam and plans for a drought mitigation center for the Middle East and Africa. An announcement for an Early Childhood Research Academy at UNL could bring important social science research, Perlman said. UNL staff also helped found a Big Ten consortium focused on improving teaching technologies.

In hopes of building a faculty that better reflects the student body, Perlman said, he is hiring an outside company to conduct a diversity audit that goes beyond numbers. Instead, Perlman said it will examine how UNL's departments and programs engage with and treat diversity.

A priority for the coming year is finding ways to exploit opportunities at the Innovation Campus, which will hold its grand opening next week, Perlman said.

He hopes to implement a faculty-suggested "innovation curriculum" to capitalize on opportunities brought by the new research park, which includes a maker space for students.

The longtime chancellor said he has lots more to say, but he's saving it for a farewell address in the spring. Once he's turned the reins over to a new chancellor, Perlman said he will have less political restraints on what he might say.

"Nebraska is not the university we were 15 years ago. Because of good fortune, extraordinary external support from friends and alumni, and a collective internal commitment to drive this university forward, we are now a far better university."

Omaha native will be chief spokeswoman for Harris

Health care workers across Nebraska are struggling under the recent surge in COVID-19 cases and the hospitalizations and deaths that have followed.

Beyond COVID: Neglect, isolation are also killers in nursing homes

As more than 90,000 of the nation's long-term care residents have died in the coronavirus pandemic, advocates for the elderly say a tandem wav…

UNL Chancellor Harvey Perlman said during his state of the university address that a priority for the coming year is finding ways to exploit opportunities at the new Innovation Campus.