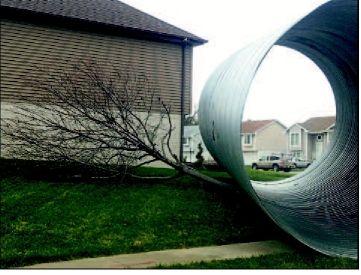 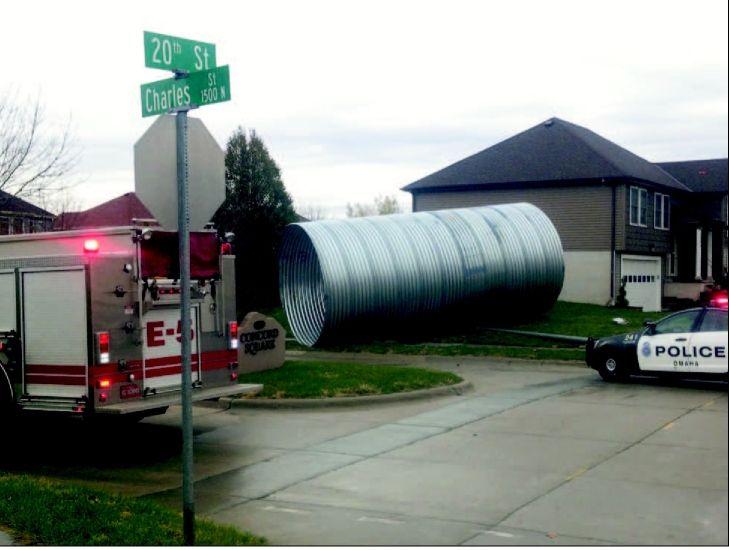 After it rolled across the street from where it originally sat on city-owned property, a large tube rests near a house and atop a tree. It was unclear to fire and police crews how the tube escaped.

A large metal cylinder came close to rolling into a house Friday morning.

Wind blew the cylinder across the intersection of North 20th Street and Charles Plaza, taking out a light pole before ending up in the yard of a house at 1504 N. 20th St.

The cylinder was stopped by a 15foot tree, which it knocked over.

The cylinder is about 20 feet long with a diameter of about 10 feet. It did not hit the house or any cars. Omaha police and fire crews showed up, but they weren't sure how the cylinder got loose.

An Omaha Public Power District official said the tube belonged to a contractor working for the City of Omaha. It had been across the street on property owned by the city.

After it rolled across the street from where it originally sat on city-owned property, a large tube rests near a house and atop a tree. It was unclear to fire and police crews how the tube escaped.