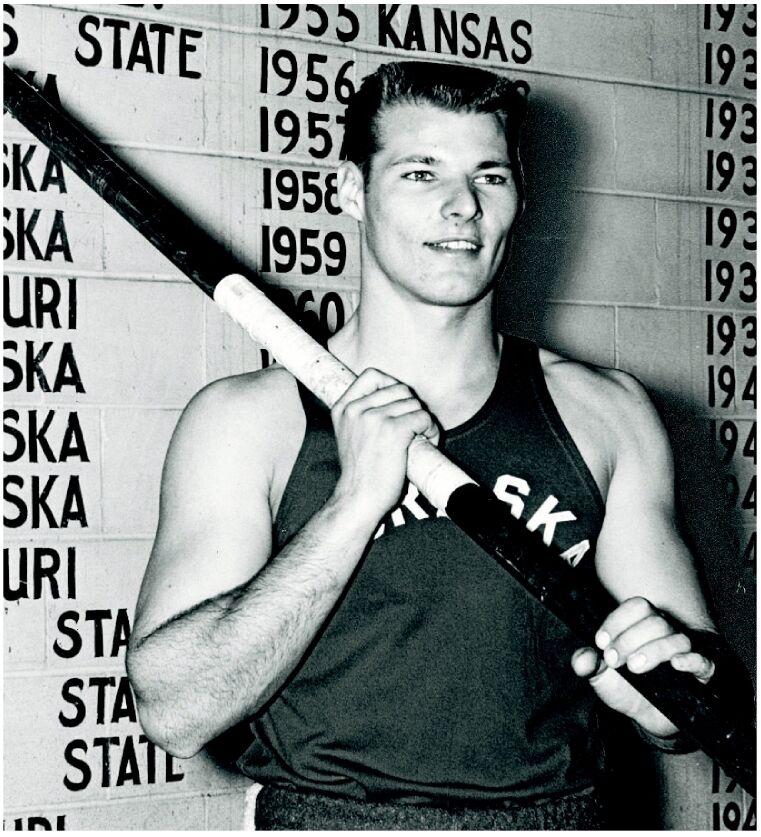 Boyd Epley was a pole vaulter rehabilitating an injury when he started working with NU football players in 1969. Many coaches at the time believed lifting was counterproductive. Epley could outlift every player on the 1970 Huskers. 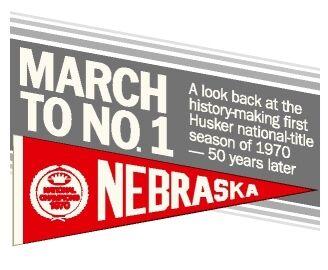 LINCOLN — The path to the birthplace of modern football strength training was a winding one. Maybe even hazardous for an inattentive visitor.

Those who found themselves in the 416-square-foot room deep inside Schulte Field House in 1970 were either lost or hurt or played football for Nebraska. The small space on the north side of Memorial Stadium was reachable only through the adjacent athletic training room by scaling a flight of stairs that intersected a ramp, walking 5 yards and then descending again.

"It was kind of bare," former NU left tackle Bob Newton said recently. "It had a Universal Gym that's in a museum now."

Husker Power would soon become the pillar of a decades-long dynasty in Lincoln, the secret sauce of an NCAA-record bowl streak and a silent partner in perpetual national relevance. But in 1970, a year that ended with Nebraska's first national championship, the tiny area assigned to strength training was really more for rehabbing players.

A few dumbbells and one Olympic set of weights were the only other clues that this was no ordinary operation. For a little more than a year, NU coach Bob Devaney and assistant Tom Osborne had sent injured players to see Boyd Epley, a pole vaulter with a bad back who insisted that specific exercises could help them recover faster and perform better than before.

Epley, hired part time for $2 an hour before the 1969 season by a coach on the hot seat after missing bowl games in consecutive years, had already begun to impress his bosses. The same Big Red team that Oklahoma had destroyed 47-0 to end the 1968 season beat the Sooners 44-14 the following year. Inside the Nebraska program, the common belief that weightlifting would make athletes stiffer and slower began to quietly disappear.

Most coaches around the country told their players not to lift weights. Epley heard a story in 1968 of a player at another Midwest program who was kicked off the team for continuing to pump iron after being warned not to. The only sports at the time to include some kind of lifting were weightlifting (an Olympic sport featuring explosive exercises like the snatch and clean and jerk), powerlifting (a new sport created in the mid-1960s including the squat) and bodybuilding.

"It was just amazing that football people did not believe that you should lift weights," Epley said recently. "Especially when it was exactly what they should be doing."

Epley's operation was modest in 1970 but had begun to gain traction in Nebraska football culture. Osborne and the Huskers had just begun to strategically recruit the West Coast and junior colleges and brought in four offensive linemen — Dick Rupert, Keith Wortman, Carl Johnson and Newton — who already had some weightlifting experience. Just as important, the newcomers turned the exercises into a competition.

How much did roughly 18 months of weightlifting help the Huskers win the Orange Bowl and finish No. 1 for the first time in school history? Defensive end Willie Harper — a 6-foot-3, 205-pound SophomoreAll-American that year — recalls the extra strength playing a "phenomenal" role. Future Outland Trophy winner Rich Glover — then a 6-1, 225-pound sophomore defensive tackle — became explosive enough to get around anyone. Running back Joe Orduna recovered from a knee surgery that typically ended careers at the time to log career bests in yards (897) and touchdowns (15).

The impact didn't affect every position. Quarterbacks were discouraged from lifting. Starter Jerry Tagge, a junior in 1970, said he didn't lift until his pro days with the Green Bay Packers, and even then felt it hindered his ability to throw. Senior defensive back John Decker worked a summer construction job to stay in shape and didn't notice a major transformation in the NU secondary.

"It was really big for the linemen," Tagge said. "All of a sudden Boyd Epley became a legend and everyone copied Nebraska."

But as the Huskers' unbeaten season unfolded, the strength innovations went virtually unnoticed outside the program. Epley's work with the football team was mentioned only in passing locally. The World-Herald that year wrote only of Epley's personal success in bodybuilding contests, which he did to learn the ins and outs of lifting in order to apply it to explosive-burst sports.

Meanwhile, NU's lines were growing bigger and stronger. Senior Dave Walline, a 238-pound All-Big Eight defensive tackle, blossomed with 39 total stops. John Pitts, a 209-pound sophomore defensive end, became the first member of the "300-Pound Club" honoring Huskers who could bench press 300 pounds. Many others would later add their names to the tote board inside Schulte Field House.

"It had to be revolutionary," said Doug Dumler, the 230-pound sophomore starting center. "But personally I can't say I recognized it as such at the time."

Most agree the poster boy for Epley's approach that year was Newton, nicknamed "Big Fig" for his 6-4, 248-pound athletic frame that made life miserable for any potential blind-side tacklers. He parlayed a consensus All-America senior year into 11 seasons with the Chicago Bears and Seattle Seahawks. While other teams wore down late in games, Nebraska was often at its toughest in the fourth quarter.

For all his on-field exploits, Newton helped validate Epley's standing within the team thanks to a bit of malfeasance. The big man had a habit of spitting when he lifted, which Epley warned him not to do inside his weight room. When Newton did it again a few days later on the bare floor of the field house, NU's unofficial strength coach — just two years older than Newton — kicked him out of the room.

"I learned from that lesson and were mained friends," said Newton, now 71 and living in Palm Desert, California. "But I didn't always go by the rules, I guess. I was a teenager playing major college football with some bad habits at times."

The O-line relished the assignment with its juco additions joining others like seniors Wally Winter (6-4, 248) and Donnie McGhee (6-1, 225).

"It was just straight ahead," Dumler said. "The guy was in front of you and you knocked him back. Strength definitely played a big part in that."

Epley eventually became the godfather of modern-day strength coaches, but at the time was still a Nebraska student trying to earn influence. Buy-in from the coaching staff was "mixed," he said, especially as it related to conditioning. Many, including Osborne, believed in distance running as the chief means of building stamina. Epley argued that football plays last three to five seconds with roughly 30 seconds in between, and the key was stacking explosive movements through squats and other exercises that allowed players to put more force into the ground as they moved.

"To his credit, Bob was willing to change," Osborne said recently. "It probably gave us a leg up."

Player participation in strength training hadn't been mandatory in 1969, and Epley wondered how he could better create accountability with what he was doing. Dr. Carl Weir, the chair of the Nebraska physical education department, suggested he make it a class. Attendance and grades were suddenly motivating tools of leverage as the Huskers stacked up football wins.

Epley had personal credibility, too. As a 185-pounder who benched 400, he could outperform everyone on the football team. The players became competitive as the year went on, so Epley issued a standing invitation for anyone who wanted to challenge him in any lift — curls, squats, presses, anything. He didn't lose in 1970.

Harper went on to play 10 seasons with the San Francisco 49ers as a linebacker but said nothing was like his sessions with Epley. The former basketball player's confidence soared as he grew stronger and began to hold his own with NU's vaunted offensive line. Game days were easy by comparison.

Epley retired last summer after 40 years with the program, including the first 35 as the team's strength coach. And as much as the facilities and equipment expanded over time, he still laughs about the "horrible" squat rack he started with that athletic trainer George Sullivan found at a health club.

Husker Power was still in its infancy, but Nebraska was already ahead of the curve. As Epley would often say to future generations: Champions are made when nobody is watching.

"It wasn't the reason we won the national championship that first year in '70," Epley said. "It might have had more to do with it the next year. We had great players and great coaches. It might have helped them with their motivation and their confidence.

"As a team, we physically weren't anything compared to what we were later on. We were maybe a little better than the teams we competed against, but we weren't where we needed to be yet. We were just getting warmed up."

Boyd Epley was a pole vaulter rehabilitating an injury when he started working with NU football players in 1969. Many coaches at the time believed lifting was counterproductive. Epley could outlift every player on the 1970 Huskers.