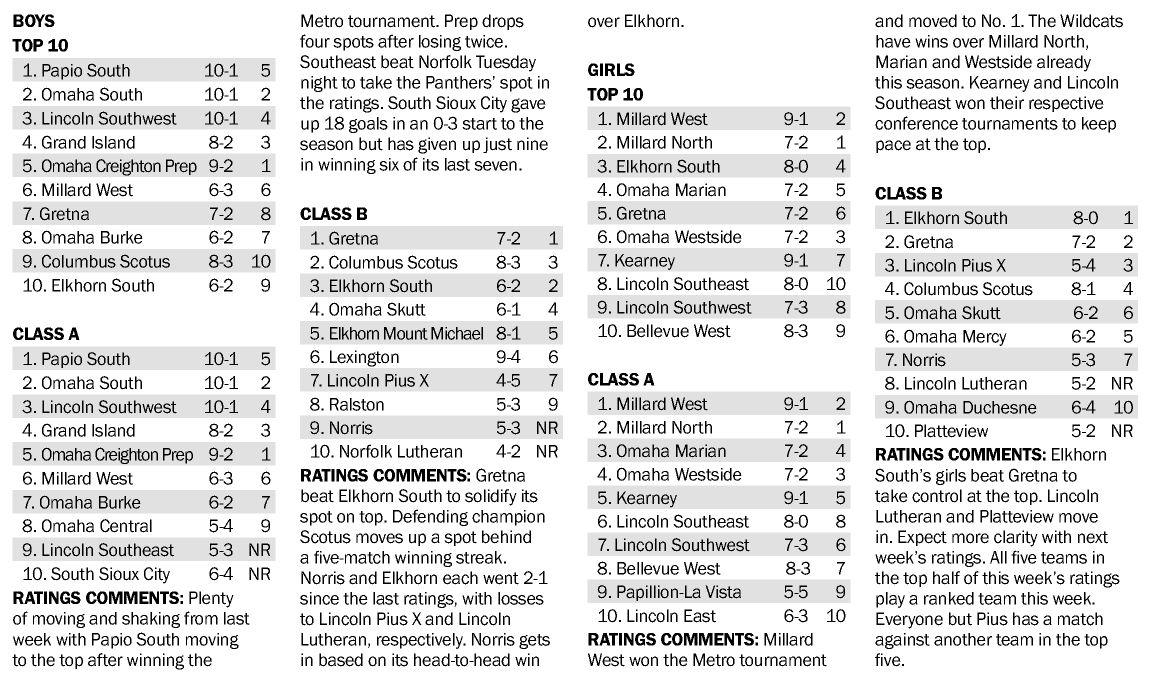 Nothing has come easy on the path to No. 1 for Papillion-La Vista South's boys soccer team.

Monday's shootout win over Omaha South for the Metro Conference championship was the fifth one-score match of the season for the Titans (10-1). That includes three shootouts.

Ten of their 11 matches have been against teams that spent time in the ratings.

Their three wins in the Metro tournament all were over rated teams, including a semifinal victory over then-No. 1 Omaha Creighton Prep and a title match win over second-ranked South.

"We played at a pretty high level for both of those," Titans coach Dave Lawrence said.

After each of the wins, Lawrence was the first to point out that his team was on the wrong side of the game's possession and — at times — play.

And talk will linger about the controversial shootout ruling in the title match that gave the Titans another attempt after a missed kick.

But what Lawrence and company have done through the first half of the regular season deserves all the credit that comes with the top ranking.

Lawrence said it has been a group effort.

Senior keeper Cullen Fisch gets a lot of the credit, but Lawrence said sophomore defender Abram Ehrhorn is an unsung hero.

"I don't think he's come off the field this season," Lawrence said. "And even if I wanted to bring him out, I don't think Cullen would let me."

Ehrhorn was at the center of the controversy in the shootout against South. His initial attempt sailed well over the crossbar and looked as if it would put Papio South in a real hole. But it was ruled that South keeper Luis Gama came off his line, giving Ehrhorn another attempt.

And to his credit, Ehrhorn stepped up and buried his second chance.

In a season when there doesn't appear to be a dominant team, Papio South should be there right to the end.

Two other potential boys contenders will be in action as part of Saturday's Kicks for a Cure event at Creighton's Morrison Stadium.

Class A No. 4 Grand Island will make the trip to Omaha to take on Prep in the 3:15 p.m. game. That follows Omaha Marian vs. Omaha Westside in the 1 p.m. match.

Creighton will then have exhibitions for both its men's and women's teams Saturday night.

It will be the ninth edition of the Kicks for a Cure event, a benefit for the Liz's Legacy Cancer Fund.

Coaches are asked to send in statistics or update MaxPreps profiles before 5 p.m. Sunday.

Statistics for scorers are goals, assists and total points. For keepers it is games played, goals against, goals against average and saves.