Tough test is an opportunity for Beck, offense
0 comments
Share this
1 of 2 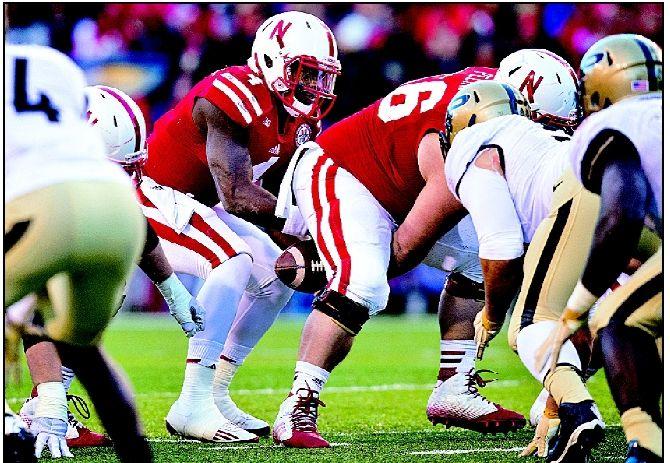 Nine turnovers in four games, and persistent problems with the quarterback snap, raise questions about NU's offense as it prepares to face the nation's No. 1 defense.

LINCOLN — Tim Beck, who aspires to be a head coach someday, has two weeks to prepare for the biggest, longest job interview of his career.

It'll last three hours — against the nation's top statistical defense in front of a mean, half-in-the-bag crowd — with a star player who may be slowed by a knee injury, an unsettled offensive line and a quarterback who hasn't quite turned the corner and is clearly frustrated by that reality.

Coaches crave these challenges. The Nebraska offensive coordinator should savor it. He needs it. His team needs it. Life in the Big Ten means weeks and weeks of games where you're sure you have the superior roster, you prove that sometime in the first quarter, and spend the rest of the game trying to stay out of your own way.

Nebraska has been waiting for this chance perhaps even longer than it was waiting for the Michigan State game. What's unclear, especially after Saturday, is what the offense will do with it.

Wisconsin will be a significant obstacle in itself. The Badgers are No. 1 in the FBS this week in yards allowed per game, fourth in yards allowed per play, and No. 1 — even ahead of Nebraska — in opposing quarterback completion percentage. The Badgers beat Maryland 52-7, routed Rutgers 37-0 and might beat by 50 — no exaggeration — the same Purdue team that irritated the Huskers.

— well down from the season average of 5.89 yards. The offense that shoved it up the gut of Miami — the nation's No. 11 total defense as of Sunday — isn't there right now. Where did it go?

Beck apparently spent all last week cramming his unit for a quantum physics exam, the way he prepared quarterback Tommy Armstrong and the offense. Three different defensive looks in practice for each offensive set? New route wrinkles? For Purdue?

Guard Mike Moudy isn't a captain, but he unintentionally crystallized — in a kind way — what Husker fans see when Nebraska breaks tendency and Beck, like an aggressive Wall Street bond trader, tries to find the big short in the opposing defense.

"We spent too much time looking to throw the perfect play at them instead of just running our style, downhill, and trying to get on the ball and lined up as fast as possible," he said.

Beck said afterward he was "mad at myself." Armstrong was steamed at himself.

He talked at length — "teams don't stop us, we stop ourselves" — after a basic opening question. Running back Imani Cross — who watched most of Armstrong's presser from the side

— offered up soothing public words afterward. That's being a good teammate, but Cross can't put Armstrong in the best position to succeed. Beck can. Saturday, he didn't.

Beck has built an attack around Ameer Abdullah, and that's fine. He should. But it must work, as often as possible, for Armstrong, the man Beck personally recruited and coaches. Armstrong owns his mistakes to a great extent, and some of those — like bobbling decent snaps — fall squarely on him. But when it becomes a pattern, don't forget the coaches mentoring the kid. Armstrong is Beck's guy, running Beck's offense. It's No. 4, not No. 8, who needs development. Beck surely has heard Armstrong's press conference by now. What will he do with a kid putting his heart out there?

• Are the five best linemen starting and playing the most snaps? Nebraska has two weeks to figure it out, and the No. 1 line it rolls out in Camp Randall Stadium will not be viewed as a gesture or a hunch, nor will it be seen as five guys who may be "due" for a start. It'll just be the best five, as Beck and his crew see it. The coaches will be graded by fans and press on that assessment. And that line had better be ready to protect Armstrong a lot better than it did at Michigan State.

• Why was the passing game Saturday as disjointed as it has looked in the Beck era? Armstrong still looks deep to short, which is OK until he locks on to the deep route. On a play-action pass, why is he trying to force a pass to a walk-on tight end in double coverage when the 4-yard dump is wide open for an eventual first down? Why, when the defense is stuffing the opposing offense, does Nebraska's offense sometimes operate like a punt is an insult compared with a potential turnover?

• Does Beck define his offense more by its strengths or the opponent's play-to-play weaknesses? Maybe that's splitting hairs, but I don't think they're the same thing. One is a core belief. The other is an examination of the opponent's core beliefs. We know Beck likes the chess match.

"Sometimes you throw bait out there, see if they bite on it, what's going to happen," Beck said in Tom Shatel's column Saturday. "I might be setting up something for three games from now."

There are three games left in the regular season. What's on film is on film. The one game Nebraska's defense and special teams can't win by themselves is in two weeks.

"I want our guys to play the way they're coached to play and up to their ability," Beck said Saturday night. "And when that happens, the results are what they are. But you feel good that your players go out there and give 110 percent, do everything you ask them to do, and they do it with their heart in their hand as hard as they can, then the outcome goes as the outcome goes. That's what you want."

That's a quote worthy of the head coaching job Beck may earn in two weeks — if he can get his offense unstuck.

On with the Rewind.

• Offensive weapon De'Mornay Pierson-El: Beck is being modest with him. Pierson-El needs the ball more than he's getting it, especially as a runner.

Purdue was his best game as a Husker. Lots of responsibility, strong in coverage, sure tackles, solid in run support. Nebraska has its best linebacker. Too bad he doesn't have one more year of eligibility.

• Safety Nate Gerry: If any other Husker safety is covering on that deep post to the end zone, it's probably a touchdown. Gerry makes the interception because of his track speed. He's making a late run to all-conference.

• Cornerback Josh Mitchell: Perhaps his best game with three pass breakups, a sack, and some decent run support off the edge. Mitchell won't face a receiver for the rest of the regular season who's better than he is.

• Coach Bo Pelini: The remake of the punt-return team — which logged two blocks Saturday — is the single most impressive coaching move Pelini has made in his tenure.

The Huskers will have the same three standing concerns all year: turnover margin, special teams and four quarters of good, sustainable football.

Nebraska had three turnovers and more bobbled snaps. The more disturbing trend is nine turnovers in the last four games. The Huskers have faced two really good defenses all season — Michigan State and Miami — so some of these issues, invariably, are avoidable.

Special teams continue to be a major plus, even with Drew Brown struggling to make field goals from the right hash. 1\vo blocked punts, Sam Foltz flipping the field with his 62-yard punt and excellent kickoff coverage helped flip the game in Nebraska's favor.

Was it four quarters of sustainable football? From the defense's perspective, absolutely. The offense? No. The Huskers struggle to burn clock and get first downs that can finish a game. The killer instinct remains lacking.

• 26.43: Opponents' third-down conversion rate. The Huskers keep getting better here; they're up to No. 2 in the national rankings. But note: Wisconsin is No. 4 and Iowa is No. 12. So the Huskers' offense — 30th nationally with a 45.08 third-down conversion rate — should be on notice. Opponents have attempted 17 fourth-down plays against the Husker defense and converted seven.

• 11: Big Ten teams ranked in the top half of the nation for fewest penalty yards per game. None are lower than No. 89 Indiana. The league has traditionally been a low-penalty league, which may help explain the sheer absence of offensive holding penalties many weeks.

• 65.2: Armstrong's "Total QBR" according to ESPN. That's fourth in the Big Ten and 43rd nationally.

After each game, I ask fans to weigh in on my Facebook page about the Huskers' performance; selected responses are printed.

"Putting scheme before players is clearly the foundation to building defense and offense Pelini and Beck prefer. This is an NFL model that unnecessarily complicates the game for college athletes leading to unforced errors and inconsistent execution. Pelini seems to have learned to restrain himself from overly customized game plans. Let's hope Beck can do the same and let the players play with clear focus and objectives." — Peter Strnad

"My biggest disappointment was in the play-calling, especially when we were inches away from the end zone. I'd like to see us dig deeper in the play-book. We were becoming predictable and not a force to be reckoned with. Offense today looked sloppy and had many miscues." — Cindy Ellis

"The defense came to play today, and it's nice to see them feeling it. The offense .... ugh. The shotgun snaps on the goal line remind me of Missouri."

"Here is what defines Nebraska 2014: accountability. Westerkamp says he ran wrong routes. Armstrong says missed snaps are his responsibility. At 8-1, this is not a team that will ever be flawless. But they know it. So, it would seem they are willing to continue to work hard to achieve their goals. I will take hard workers who are honest."

There's no logic to Iowa's 48-7 win over Northwestern. The Hawkeyes haven't been that good since the 2010 season — and the Wildcats aren't that bad. But injuries to backup Iowa running backs may bring a healthy Mark Weisman more into view. Weisman had 17 carries in the first half before getting spot duty in the second; Weisman is no blazer, but he consistently pushes a pile for 2 or 3 yards.

It's worth remembering that, before the season, this Iowa team thought a lot of itself. Should the Hawkeyes get a second performance at Minnesota to confirm their self-perception, they can make a big late-season run.

A breath before the plunge.

Every Monday during the season, McKewon breaks down NU football

Nine turnovers in four games, and persistent problems with the quarterback snap, raise questions about NU's offense as it prepares to face the nation's No. 1 defense.