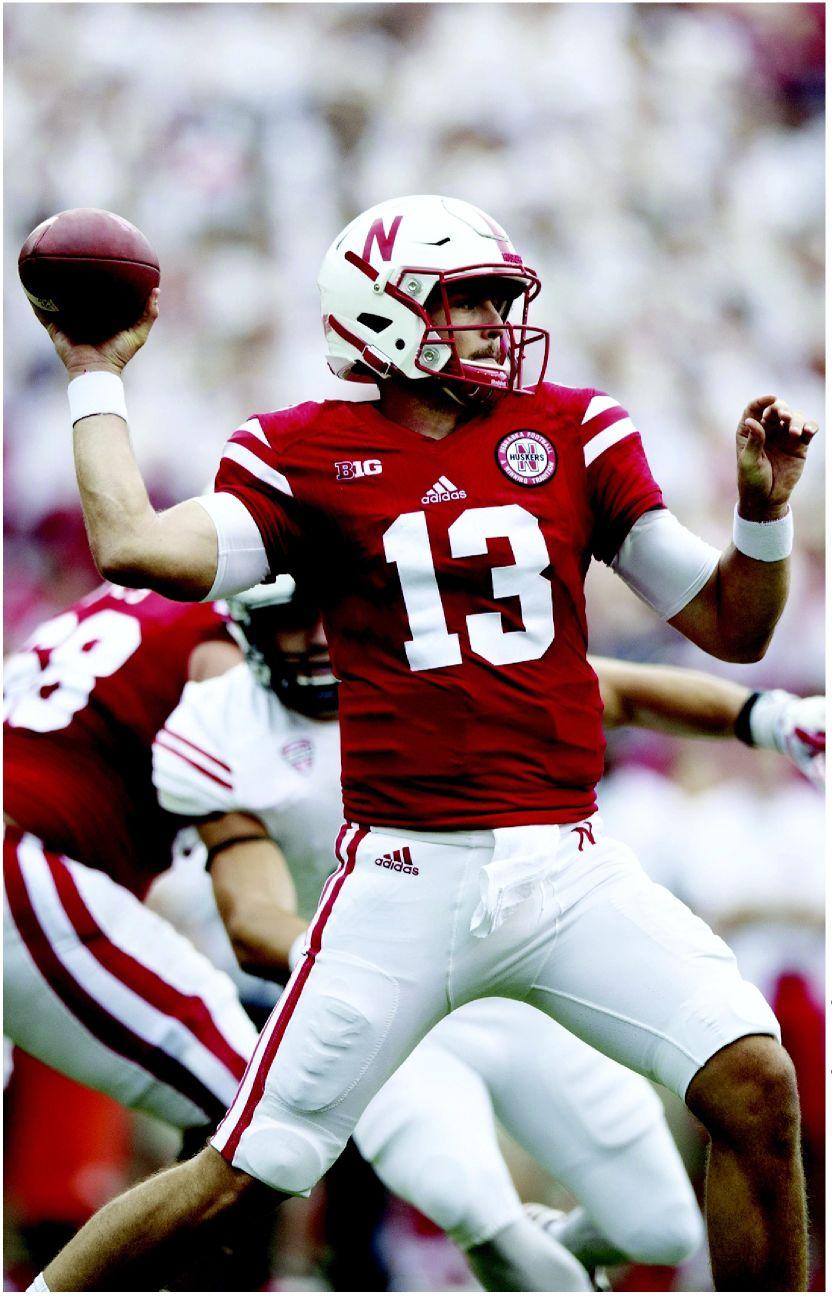 WHEN NEBRASKA RUNS THE BALL

Nebraska's run game has been hot and cold. Though running backs Tre Bryant and Mikale Wilbon have been effective and stout, blocking has been inconsistent. Rutgers' run defense, meanwhile, has been excellent through three games, giving up 2.9 yards per carry, 21st nationally. Rutgers DTs Kevin Wilkins and Sebastian Joseph are tough to move.

WHEN NEBRASKA THROWS THE BALL

The passing game can't get much worse. Tanner Lee (pictured) has seven interceptions — including two pick-sixes vs. Northern Illinois — and was hit over and over by NIU and Oregon's front seven. Rutgers' secondary is the weakness of its defense, and if Lee can settle down and throw a few passes to his backs, the linebackers are so-so tacklers.

WHEN RUTGERS RUNS THE BALL

The Scarlet Knights have two heavy-legged, tough running backs in Gus Edwards and Robert Martin. Neither is easy to tackle. Toss in 6-foot-3, 240-pound true freshman QB Johnathan Lewis, and Rutgers is building toward a read-option scheme. But Lewis is more of a spot guy than a full-time player, and Nebraska's defense is likely to make Rutgers pass to win.

WHEN RUTGERS THROWS THE BALL

Rutgers doesn't have a lot of weapons at wideout. The leading receiver (Janarion Grant) is more of a return specialist, and the No. 2 receiver is a tight end transfer from Miami. Quarterback Kyle Bolin is an accurate short passer, but he's not a stretch-the-field guy. Look for the Husker corners to challenge the receivers more than usual and force the Scarlet Knights to win deep.

The success of 2017 always started with the offensive line. It had to improve from mediocrity in 2016. Coaches were confident it would. It hasn't yet. Rutgers will load up the box and dare Lee and the Husker receivers to beat them. And those guys should — if the line can protect. Good offensive line play keeps these Huskers alive until early October, when Wisconsin comes to town.

Rutgers has Grant, who has eight return touchdowns in his career. Drew Brown and Caleb Lightbourn will have to keep the ball out of his hands. Rutgers' kickoff coverage unit is one of the nation's best through three weeks. Nebraska's punt return game looks like a bit of a mess with De'Mornay Pierson-El, but perhaps he's close to breaking a big play.

Rutgers hasn't won a Big Ten game since 2015 but must know Nebraska is on the ropes; it should play with nothing to lose. If it does, it just might walk out of Memorial Stadium with a win. Historically, when the Huskers have their backs against the wall and they're playing at home, they don't respond that well. The Huskers desperately need a good start in this game.

The state is about ready to combust after a 21-17 loss to Northern Illinois. A.D. Shawn Eichorst is out. Mike Riley's coaching tenure is on the ropes. Riley already has three head-scratching losses — Purdue and Illinois in 2015, and NIU this year. He gets no more. Can Nebraska get its chin up, find some confidence and play like the better team?NEBRASKA 28, RUTGERS 16