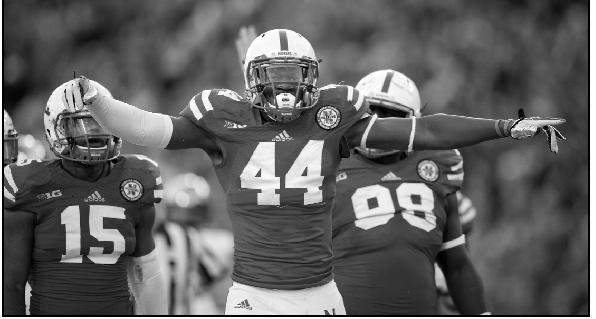 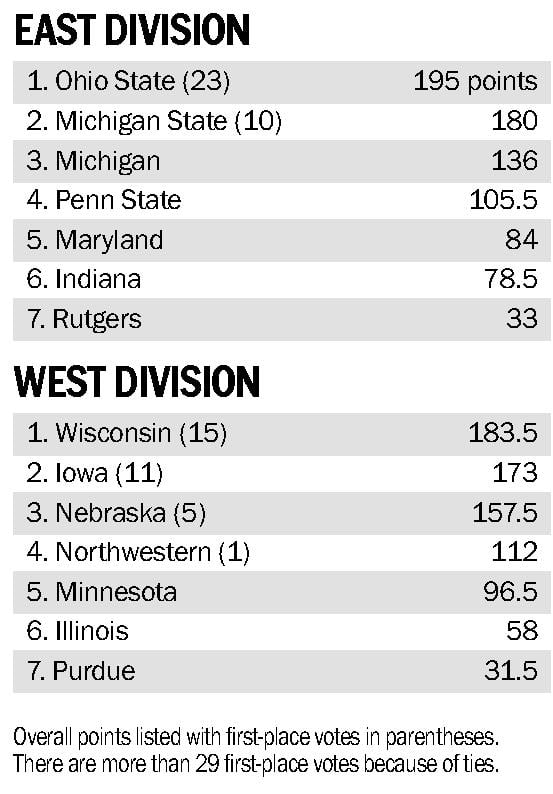 The Big Ten East, Ohio State and Buckeye quarterback Braxton Miller are favorites to dominate the Big Ten this year, according to a Cleveland Plain Dealer poll of 29 sports writers.

Nineteen writers picked OSU to win the league title, while nine selected Michigan State. One voter picked Nebraska, the only Big Ten West team to get a vote. The Huskers finished third in the West in the overall poll behind Wisconsin and Iowa. Five writers picked Nebraska to make the Big Ten title game, while 14 picked Wisconsin, nine picked Iowa and one picked Northwestern.

Because the Big Ten discontinued the traditional preseason polls found in every other league, the Plain Dealer compiles the writers poll. Writers also voted on preseason offensive and defensive players of the year.