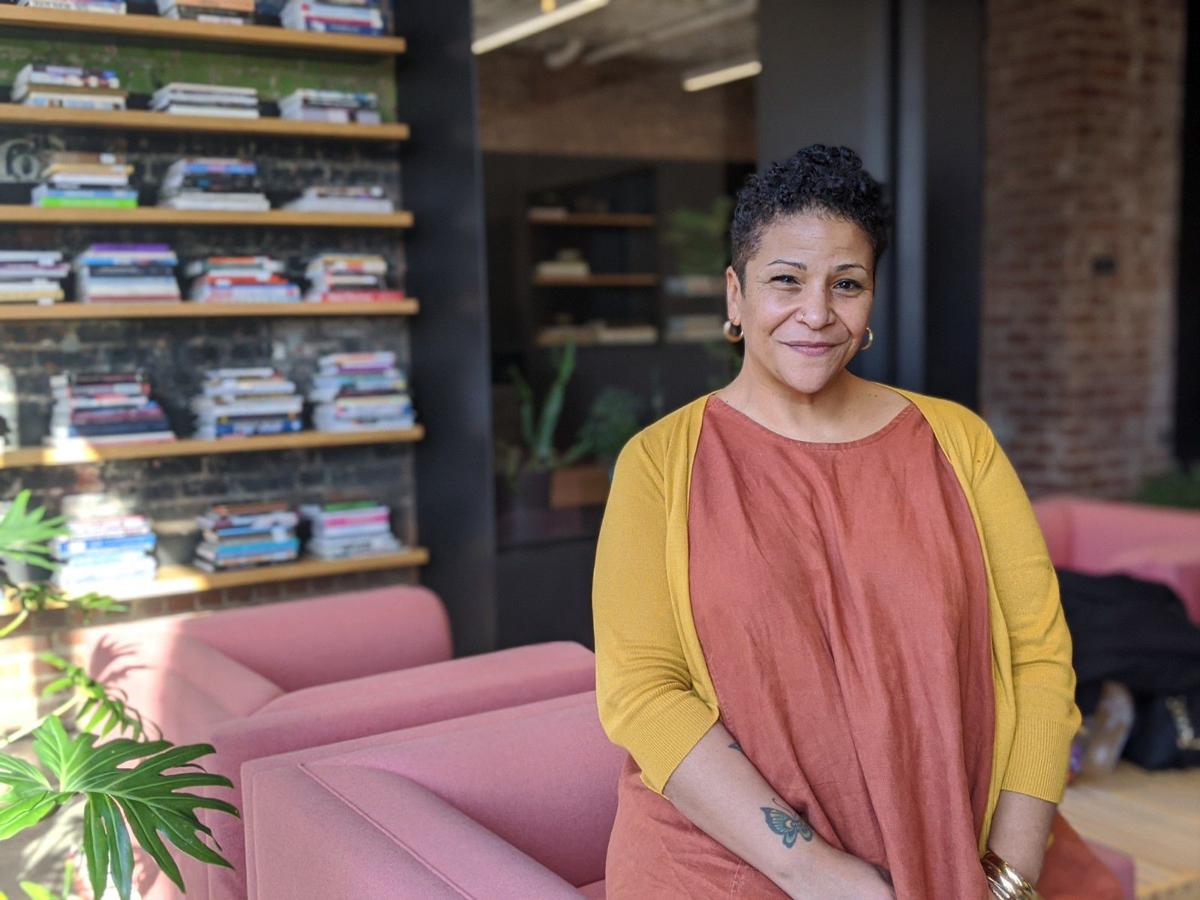 Brigitte McQueen, executive director of the Union for Contemporary Art, said she was denied membership in Arts Omaha because she wasn't White. 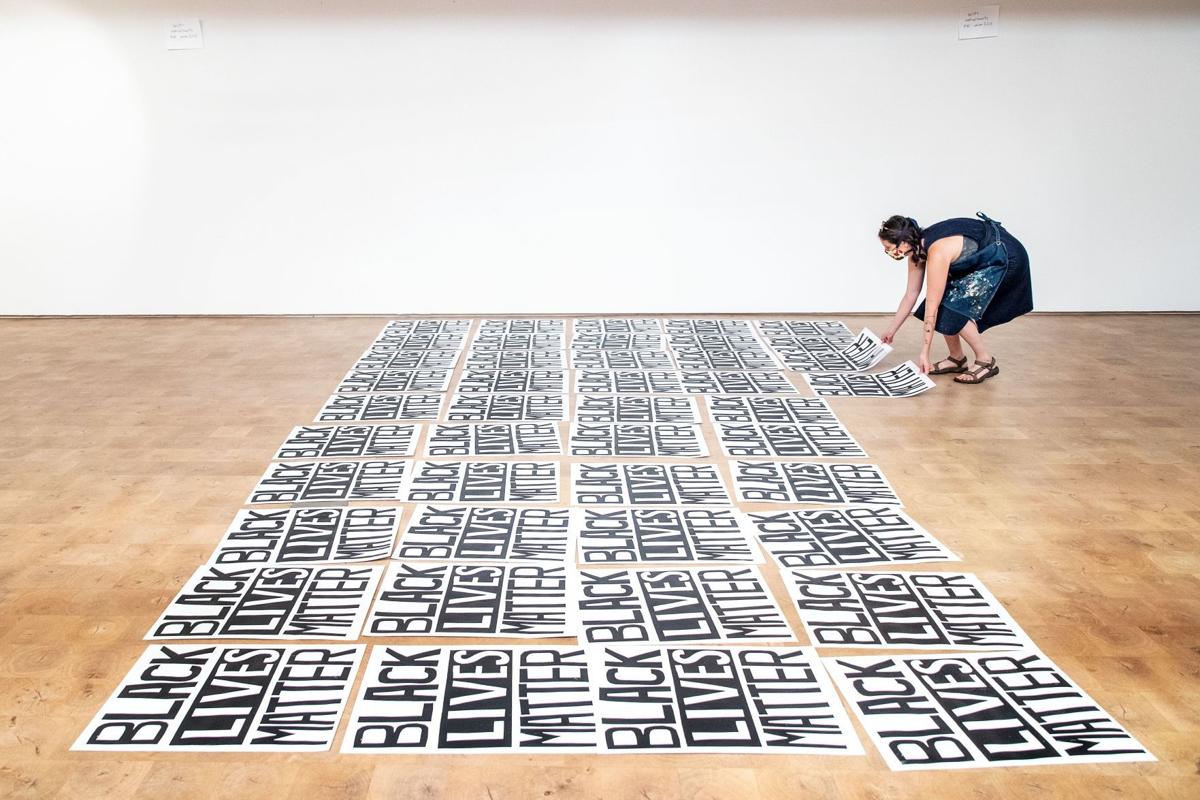 Arts Omaha, a group that wasn’t widely known, has disbanded after the executive director of The Union for Contemporary Art posted a provocative essay on social media that alleged that its participants were racist.

Meanwhile, another group with a broader reach, ArtStock, is poised to replace it.

The piece by Brigitte McQueen, “Arts Omaha + the White Supremacy Culture of Omaha’s Cultural Sector,” caught fire and resulted in members of Arts Omaha resigning one by one over a few days, until no one was left.

Arts Omaha was populated by the leaders of the city’s largest nonprofit arts and entertainment entities: Omaha Performing Arts, the Omaha Community Playhouse, the Durham Museum, the Joslyn Art Museum, Film Streams, the Omaha Symphony, Lauritzen Gardens, the Omaha Children’s Museum and the Rose Theater. Opera Omaha, the Bemis Center for Contemporary Arts and Kaneko were also members at one time.

In the essay, McQueen said she was denied membership in the group because she wasn’t White.

“I didn’t know much about it but assumed there must be some organizational benefit connected with being a member,” McQueen said in an interview last week. “There was little clarity, from the outside, regarding the function of the group.”

When asked by The World-Herald about the group a year or so ago, Omaha Performing Arts President Joan Squires said that meetings — more like social gatherings — weren’t regularly scheduled and that the group didn’t have a leadership structure.

Some people in the arts community were surprised to learn that Arts Omaha existed when they read McQueen’s essay.

In it, she said she was told that her agency didn’t qualify for Arts Omaha membership because its budget was too small. She said she originally thought that the financial requirement was a $1 million budget and contended that it was raised to $2 million to keep her out.

“We have had a budget over $1 million since 2017,” she told The World-Herald. “I was told that adding The Union had been brought up over the years but never acted on. I was told that there had to be another reason, not based on my being a BIPOC (Black, Indigenous and people of color) director, regarding why I was not invited to join, but no one was able to tell me what it was.”

McQueen was also critical of the process last year to get coronavirus relief money from Douglas County through the Omaha Community Foundation.

In the essay, she alleged that Arts Omaha worked to secure a bigger portion of the grant money for its member organizations without consulting smaller groups. She was distressed when The Union and others were left out in the initial round of grants.

The first round was expense-based grants that, because of federal mandates, went specifically to organizations that agreed to open by the end of 2020, said Donna Kush, president and CEO of the Community Foundation.

“The primary focus of the expense-based grant program was to allow organizations to open and offer programming while mitigating the spread of COVID-19,” Kush said.

McQueen said she thought that it would be unethical to reopen The Union in the midst of a pandemic among the high-risk North Omaha population. It’s located at 2423 N. 24th St.

After the mitigation grants were awarded, stimulus grants with more flexible guidelines became available, and many smaller arts groups — including The Union, which got $297,000 — received funding in that round.

Kush said Arts Omaha had no role in the grant process, including determining who received funds. Every eligible arts and culture nonprofit, she said, had to submit an application and was evaluated according to the same criteria.

Arts Omaha participants quickly responded to the essay on their Facebook pages. Although they didn’t directly address the details of McQueen’s membership quest, most posted her essay along with their responses, said the group had made mistakes, apologized and vowed to do better.

“The Rose Theater acknowledges having been a participant in Arts Omaha and must be held accountable for the racial harm that has been done by the group,” it said on Facebook. “In the future, we will only align ourselves with unified arts organizations and initiatives that prioritize equity and justice.”

“That was a mistake,” he said in the museum’s statement.

In interviews this week, Rose Theater artistic director Matthew Gutschick and managing director Julie Walker said they think that the essay can be the path forward to change.

“We will be a stronger sector because we will allow all voices to be at the table,” said Walker, who attended Arts Omaha gatherings for the Rose.

“We are very grateful to (McQueen) for shining the light on this,” Gutschick added.

Gutschick, Walker and other arts leaders — including McQueen — think that ArtStock can provide a new beginning.

It started about 12 years ago for arts and culture groups that received grants through the Peter Kiewit Foundation. It offered members technical training in marketing, fundraising and other nonprofit functions.

“It has centered equity and racial justice from the very beginning,” Gutschick said. “When we asked Brigitte how we could be better allies, she said participating more in ArtStock would be good.”

The group will soon be under the umbrella of Amplify Arts, an Omaha advocacy group for the culture sector, and will expand its membership beyond Kiewit grant recipients to any arts group that wants to join, said Andy Saladino, executive director of Amplify Arts.

In 2019, ArtStock participants asked to work independently from the foundation so they could expand the group’s scope to all issues specific to arts and culture organizations.

“They began to realize that there was no other organization situated to address those issues, no city office of cultural affairs or city-specific arts council,” Saladino said. “It will be a safe space for people to share ideas and problems.”

It’s working on a strategic plan and initiatives such as the recent arts and culture voters guide.

Almost two weeks after posting her essay, McQueen said she’s still working through her feelings about the issues it raises. She said she’s disappointed that not all former members of Arts Omaha “seem to understand the impact of their actions or have fully owned the harm caused.”

She also said she’s grateful for the support she has received from community members, artists and staffers from cultural institutions and for the commitment many have made to working for greater equity.

And, she said, she’s not without hope.

“I hold hope that the end of Arts Omaha will create a more equitable and accessible cultural sector, where the work and dedication of every one of some 30 rich and diverse arts and culture organizations that add to the vibrancy of our city is more fully recognized and supported.”

Papillion-La Vista theater has been gone for a spell, but it's back with 'Putnam County'

Brigitte McQueen, executive director of the Union for Contemporary Art, said she was denied membership in Arts Omaha because she wasn't White.