It’s bittersweet to see the influential and transformative Thomas Wilkins stepping away from his role as music director of the Omaha Symphony.

The orchestra’s centennial year, however, does seen to be an appropriate time to welcome an accomplished and imaginative new face.

Symphony patrons who were brave enough to endure below-zero temperatures Saturday night got a glimpse into the future when that newcomer, music director-designate Ankush Kumar Bahl, conducted the Omaha Symphony in a MasterWorks concert at the Holland Center.

The program featured Felix Mendelssohn’s “The Hebrides” and Jean Sibelius’ Symphony No. 2 in D Major.

Bahl conducted on the Holland stage once before — on October 18, 2019 — when the Omaha Symphony performed a concert of works by Frederic Chopin, Dmitri Shostakovich and Pyotr Ilyich Tchaikovsky. He was scheduled to return in March 2020, but the concert was canceled because of the pandemic.

Thankfully, this incredible conductor was able to return to the Holland stage one more time before his official move to Omaha this summer.

Bahl took care to reintroduce himself to symphony patrons. He then took a moment to share his love of Mendelssohn.

The audience on Saturday was receptive when Bahl described Mendelssohn’s youthful trip to the British Isles.

On that journey, the composer went to Fingle’s Cave, a Scottish sea cave known for its natural acoustics. That visit inspired “The Hebrides.”

The joy Bahl felt presenting the iconic tone poem was evident, even behind his mask.

His conducting style is definitely a change from the sensitive yet careful gestures of Wilkins. But his energy, passion and effectiveness are just as enjoyable.

“The Hebrides” was entrancing. Bahl and the orchestra turned strings and winds into rocks and waves. It painted a tremendous picture worthy of the piece’s inspiration.

Review: Beginning of the end to Thomas Wilkins' tenure is stirring for Omaha Symphony, fans

The retiring Wilkins, on the other hand, doesn’t always stop to talk about the history or poetry behind the evening’s repertoire. When he does, however, it’s equally captivating.

On Saturday night, the audience chuckled, completely charmed by Bahl’s brief and educational sung demonstration of the composition’s most prominent themes.

And Bahl seemed charmed by his soon-to-be-home audience. He turned back to the orchestra with eyes that smiled and, with barely a breath’s worth of pause, brought the ensemble back to life for the second half of the concert.

The Sibelius piece was warm, and it wrapped the audience up in a blanket of sound.

The interplay of the violins dancing back and forth from sweeping bow gestures to delicate pizzicato plucking kept the mind chasing after the next big event in the music. The horns, reeds and flutes soared above the rest of the texture.

The pandemic-appropriate spacing of the ensemble altered the soundscape of the already dominating orchestra. It made the audience feel as though they were in the middle of the action.

At the end, the smaller crowd still managed to fill the room with applause during a standing ovation.

Editorial: Omaha has a vibrant arts community, thanks to local talent and philanthropy

Omaha punches above its weight in many regards, thanks to local vision, professionalism and philanthropy. Omaha's arts community provides an excellent example.

Conductor Thomas Wilkins earns thunderous applause in one of his last concerts as the orchestra's music director. 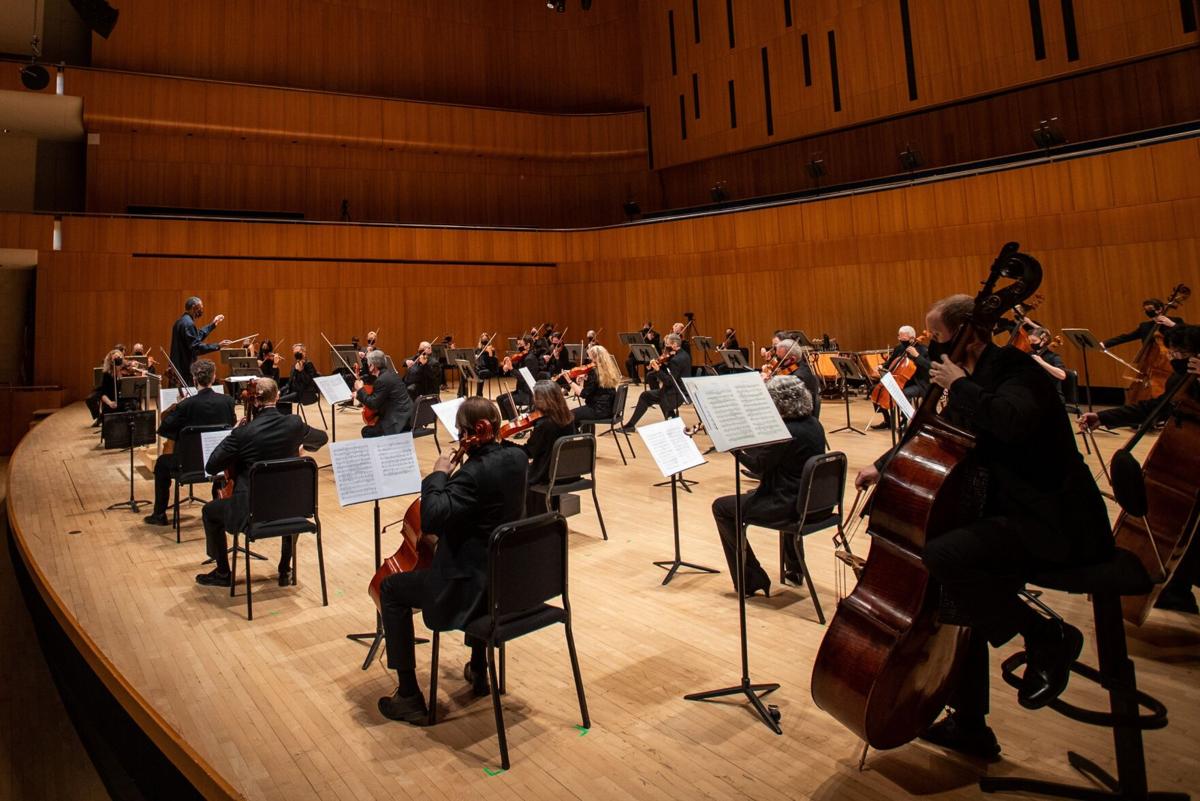 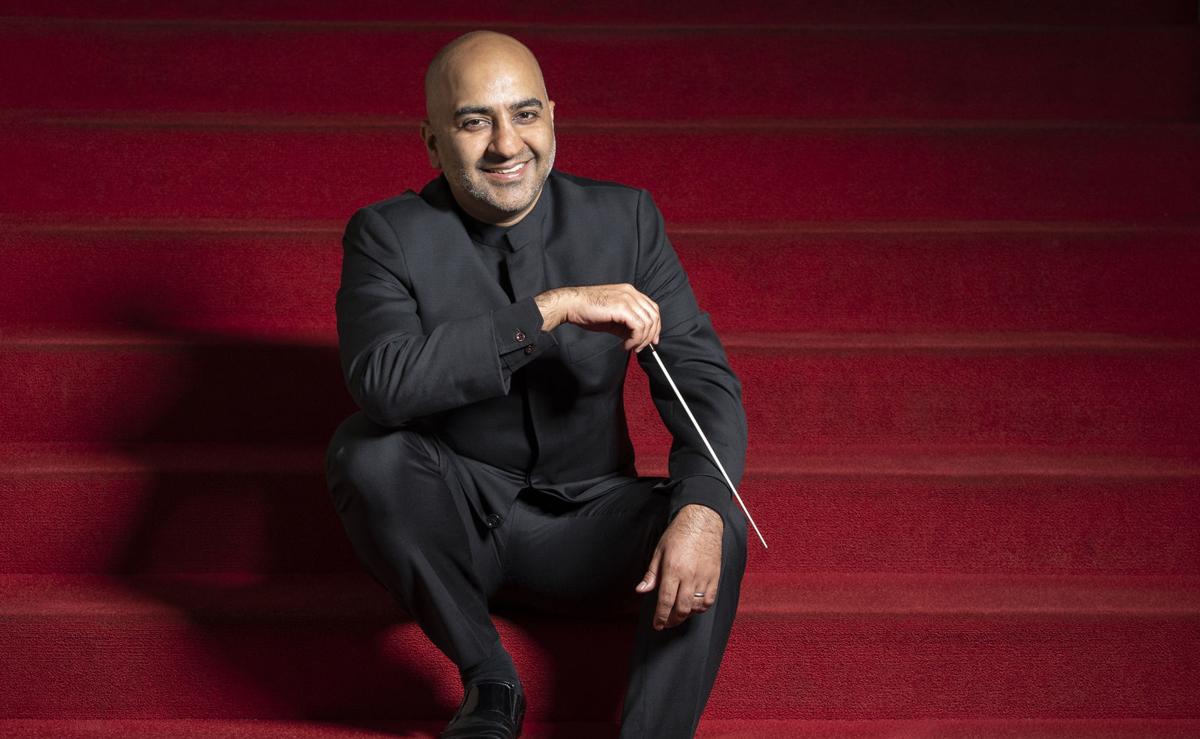 Ankush Kumar Bahl conducted the Omaha Symphony on Saturday night, about five months before he takes over as the orchestra’s music director.