When I first saw “Hamilton” at the Orpheum Theater — and immediately lost the initial skepticism I have about all pop culture phenomena — I was as giddy as a new bride.

Nearly all I could focus on was the spectacle:

That composer and lyricist Lin-Manuel Miranda displayed genius in his creation of funny, fast and functional lyrics to completely and compellingly tell a story.

That the dancers did the same thing without words.

That the actors were superb and the staging — with that rotating platform — was perfect.

All that was still dazzling when I saw the traveling Broadway show on a recent media night, but after seeing “Hamilton” three times prior (twice on television), I wasn’t so laser-focused on the brilliant production values. To me, it was a given that it would be a blockbuster.

This time, I realized I’d missed some deeper messages from Miranda in earlier productions.

“Hamilton” and I have apparently moved into a more mature stage in our relationship. The recent performance reminded me that what you take away from any given show depends on what’s happening in the world, or in your own life, at the time you see it.

In 2019, in addition to being surprised that “Hamilton” lived up to the hype, I had also been paying attention to election-season stories about democracy. I wrote that the show drove home the importance of defending it and should be used as a teaching tool for kids.

That still resonates, but this time, Miranda’s pointed message about immigration jolted me anew.

I imagine that’s because it was in the news all summer and into the fall — recent stories about refugees from Afghanistan coming to Omaha and other American cities, and continuing coverage of immigrants gathering on the southern border of the United States.

Alexander Hamilton was born in the Caribbean. The Marquis de Lafayette was an immigrant from France. James McHenry, an Irish immigrant, was appointed secretary of war in 1796. One-third of the original Supreme Court was made up of immigrants.

“Immigrants. We get the job done,” Hamilton and Lafayette agree in the musical.

That line totally escaped me the first time around. I was too entranced by the rotating stage, I suppose.

It’s proof that you can’t see “Hamilton” too many times, and that your kids should see it too.

And ironically, the stage seemed to move less in this production than it did before. I was a little disappointed.

Movement in the arts: Omaha performers create despite ongoing pandemic

That said, I have to call out some great performances among the current tour’s cast:

Stephanie Umoh as Angelica Schuyler. Her voice lives up to any previous Angelicas I’ve seen or heard, and that’s an impressive group that includes Renée Elise Goldsberry, who will be here next year with the Omaha Symphony.

Bryson Bruce as Lafayette and Thomas Jefferson. His “What’d I Miss” was the most boisterous and funny I’ve seen.

Paul Oakley Stovall as George Washington. He has a powerful voice and is aided by his towering presence. He owns the stage when he’s on it.

Peter Matthew Smith as King George. He exaggerates his character’s sneering, giving an almost sinister edge to George’s funny British music-hall schtick. That was a new interpretation, at least to me.

The dance corps also was particularly on point in this production. Their work was so physical, even grueling, that I imagined them hobbling out of the theater after every show. They literally do the heavy lifting in this musical.

Sound, however, wasn’t quite as good as the previous live performance I’ve seen. At times, the musicians overpowered the singers, even in ensemble numbers. Thus, the dialogue sometimes was a casualty.

And I feel compelled to talk about theater etiquette. Maybe it’s a lingering effect of the pandemic break, but there were lots of latecomers and it was super distracting. I spent the first half-hour up and down in my seat, missing scenes as people scooched their way past me with micro inches to spare.

Not cool. If you tend toward being late, give yourself plenty of time to get to the theater and settled in your seat. I may have pushed a deadline a time or two, but I was parked and wandering downtown at 6:15 p.m. for a 7:30 show.

And try not to leave in the middle. You’ll want to spend every minute in the room where it happens. And pay attention — I guarantee you’ll get something new out of this ”Hamilton,” no matter how many times you’ve seen it.

NBC to bring back the Golden Globes

Selena Gomez wants to start a family before quitting showbiz

Selena Gomez wants to start a family before quitting showbiz 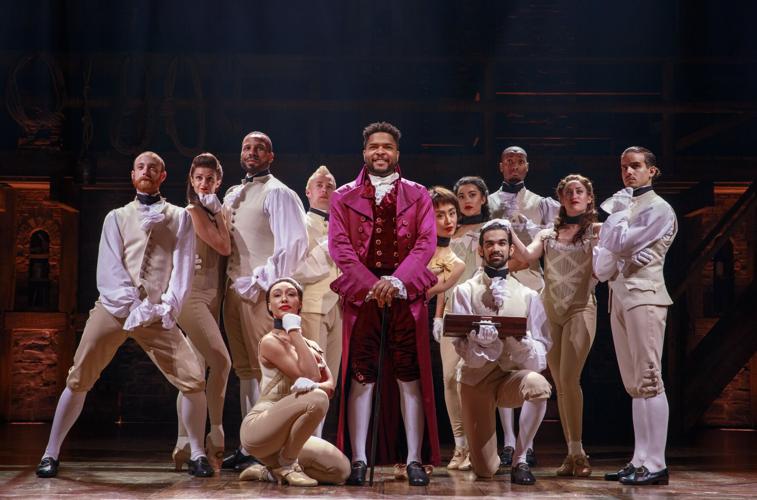 Bryson Bruce, center, portrays Thomas Jefferson in “Hamilton,” now at the Orpheum Theater in Omaha. He also plays the Marquis de Lafayette in the production, which runs through Nov. 14. 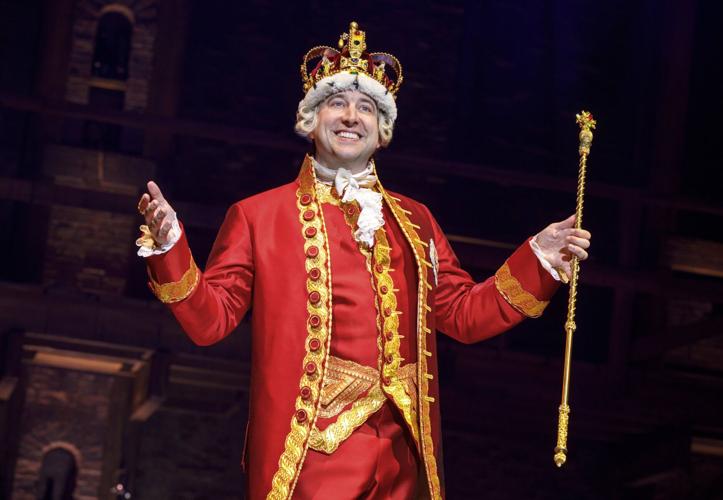