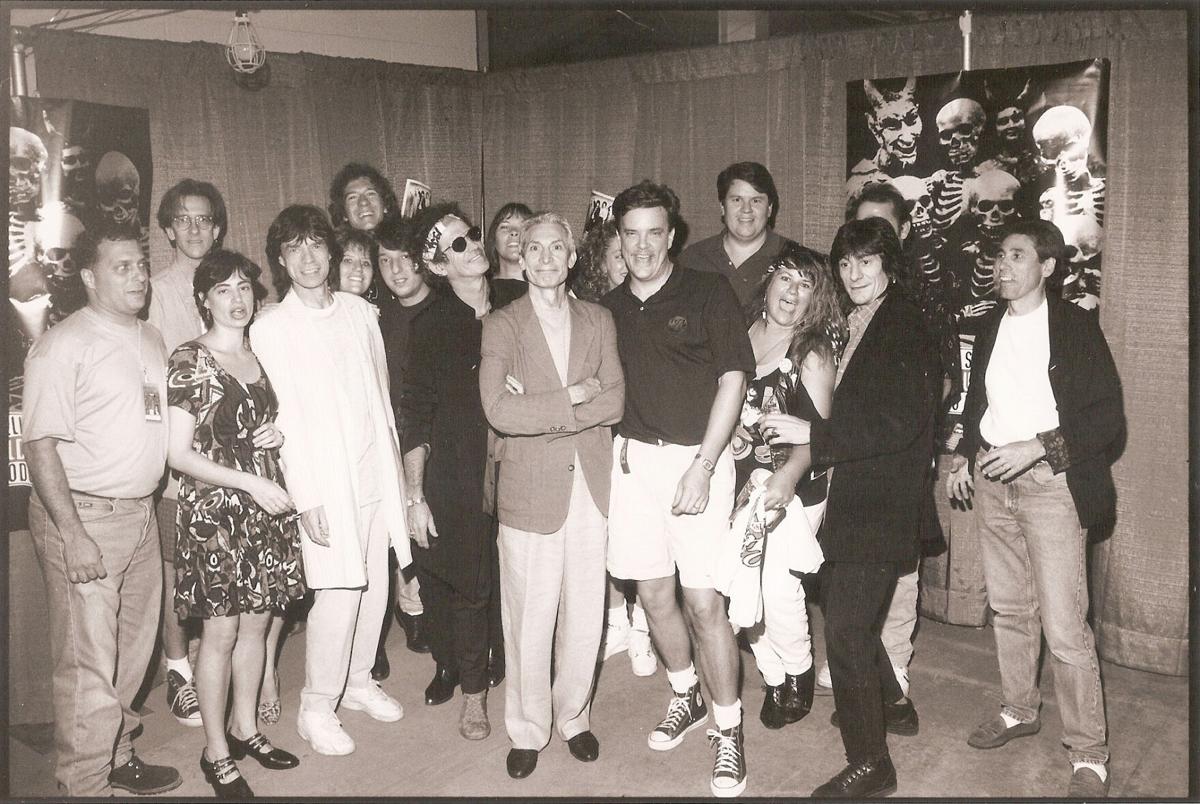 A tip from former Omaha Mayor Hal Daub put Galusha elbow to elbow with the Rolling Stones in 2006 and led to one of his most successful radio shows ever. 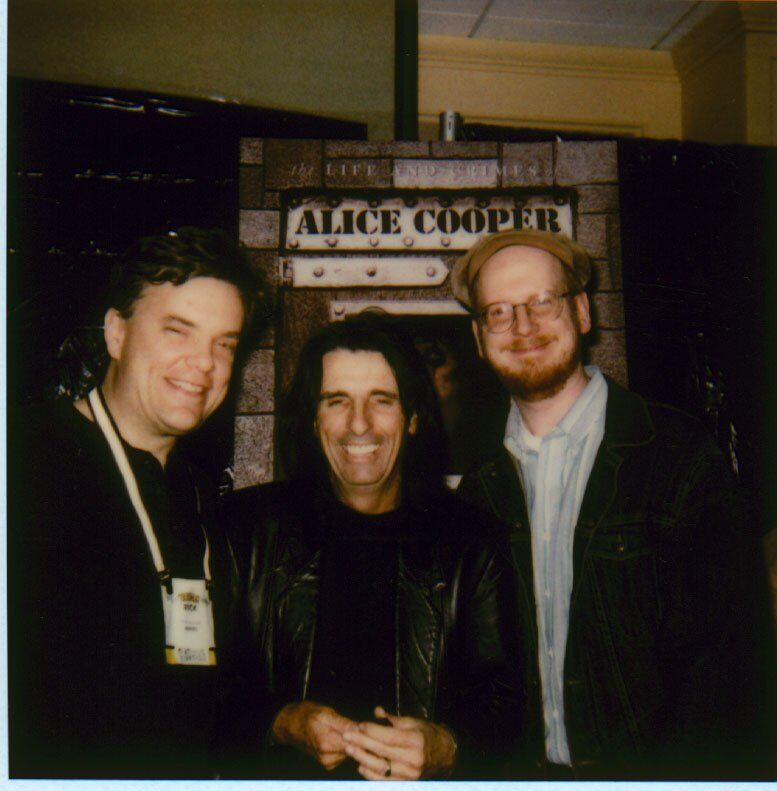 Pacific Street Blues host Rick Galusha, left, has met a bounty of rock and blues stars as host of the show and in his former career as the president of Homer’s Records. Here he is with Alice Cooper. 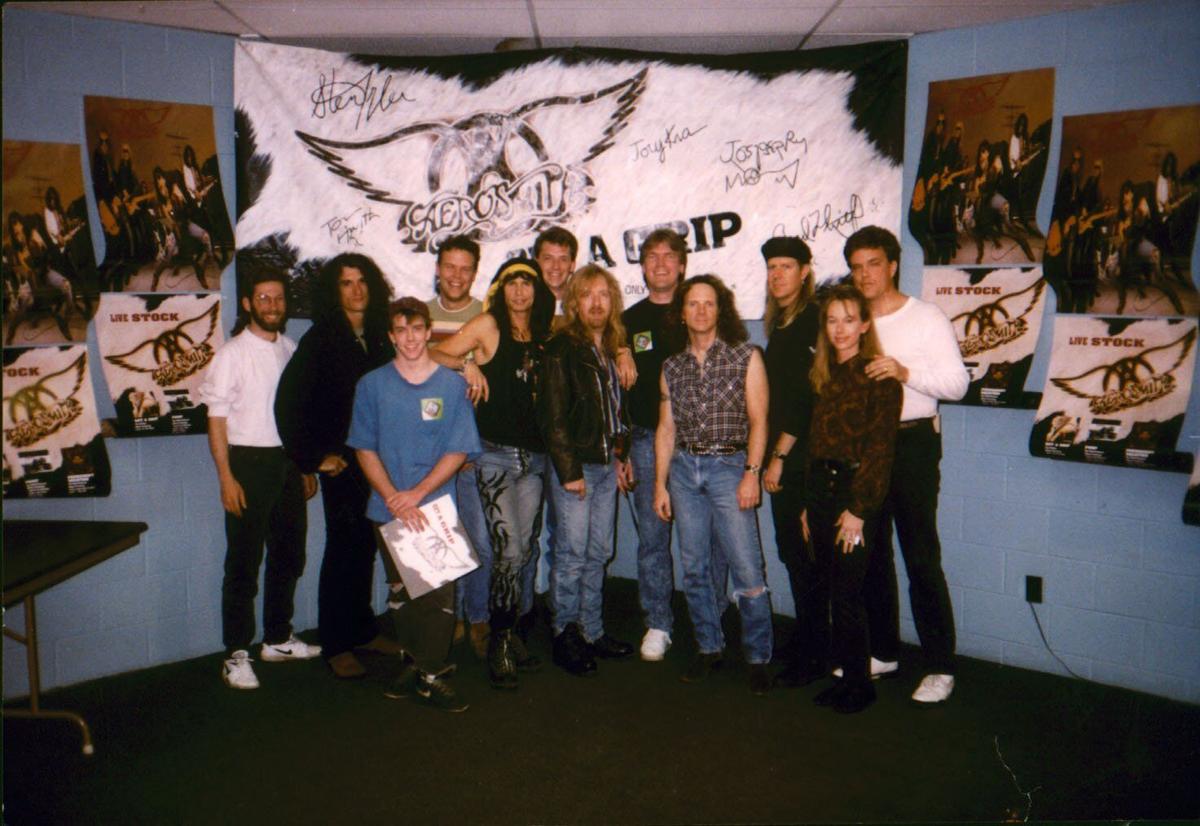 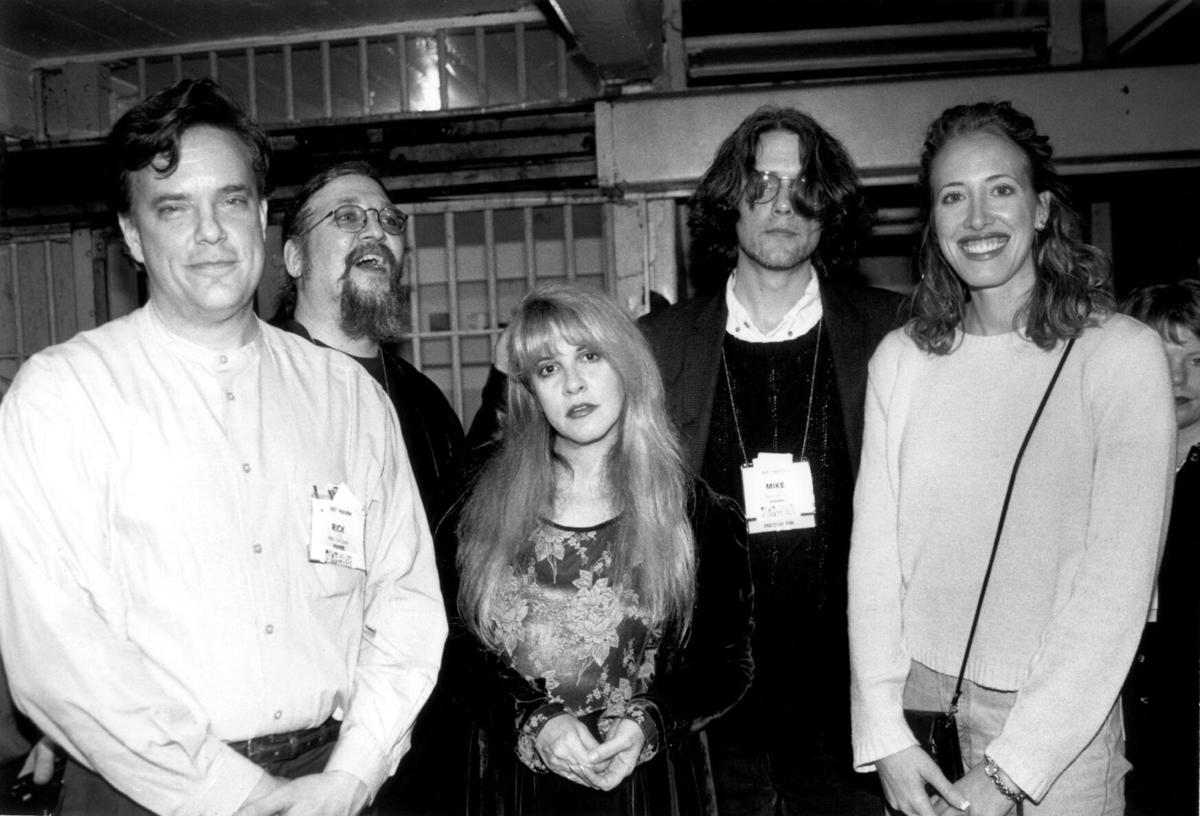 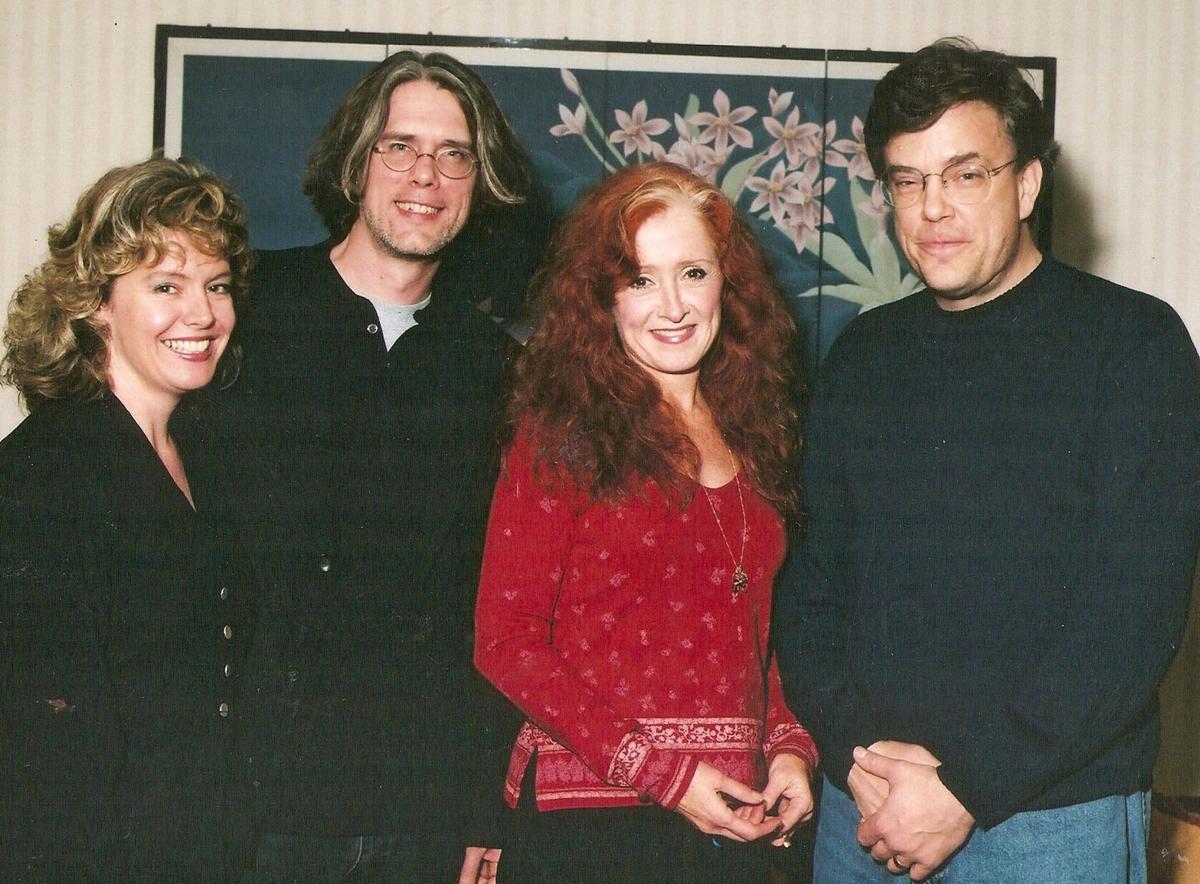 Omahan Rick Galusha has been hosting “Pacific Street Blues” as a volunteer for 30 years. Through the show, and his former job as president of Homer’s Records, he has met or talked with lots of rock and blues stars, including Bonnie Raitt, B.B. King, Maria Muldaur and Dr. John. We talk with him about the show and what’s next.

Q. How did the show come about?

A. I was the president of Homer’s record store. And a new radio station had opened, the View, 105.9.

At Homer’s, we would often work with new radio stations because they were less expensive (to advertise on), we could sell them CDs to start their catalogs, and they got lots of attention.

(I was watching them work) and said I could do that, a radio show. I had done one at UNO (University of Nebraska at Omaha).

They asked what I would call it. I was looking out the studio window on Pacific Street at the time and said, “Pacific Street Blues.”

A. On Saturday nights I did jazz and twice a week I did classical. I was a part-time student. I told them what I wanted to do and they were foolish enough to let me.

Q. What did you want Pacific Street Blues to be?

A. In 1974, KRCB shifted to KQKQ and it became this underground FM station. Otis XII was there. God, I just loved it. When radio was unrestricted, it was an art form.

Now it has become the homogenous ice cream of listening.

I look at Pacific Street Blues as a tribute to those great underground days when the DJs would play the music they wanted to play.

Q. What got you hooked on the blues?

A. When I was 10 years old, in 1970, my sister gave me a Rolling Stones album and a Boz Skaggs album with Duane Allman (as a backup player.)

Most people today come to the blues from Led Zeppelin, the Stones or the Allman Brothers. Zeppelin was influenced by pre-Muddy Waters blues. The Stones were influenced by the blues coming out of the Chess Records label in Chicago. And the Allmans did the Piedmont blues (a ragtime-like sound that originated in the southeastern United States.)

It all comes back to Muddy Waters for me (because all of those groups were influenced by him as well.)

Q. How has the show changed in 30 years?

A. Originally there were two hosts and it was one hour long. Now it’s just me and it’s three hours long. That’s a lot of space to fill.

It has moved from a strictly academic description of the blues (to a broader definition), Americana, local music. It’s accessible. Every third song or so should be an artist people know or a song that they know.

The show spent a few years on commercial radio and moved to 89.5 The River (public radio). For a while it was live, then when it shifted to 9 to 12 on Sunday morning, we started recording it. My kids were small and (my wife and I) wanted to take them to church.

Q. What artists have you had on the show over the years?

A. Nils Lofgren and Stevie Van Zandt (of Bruce Springsteen’s E Street Band), John Entwistle of the Who, Bill Wyman of the Stones. That’s just a few. A more extensive list is on the show’s Facebook page.

Q. How did you get those artists?

Q. Who haven’t you gotten that you want?

A. Right now, among adults, it’s the most listened-to radio show in its time slot in the market.

Q. What are some memorable shows?

A. (Former Mayor and U.S. Congressman) Hal Daub told me the Rolling Stones were going to play the new arena (then the Qwest Center). I said no way would they come back to town (after a confrontation with the Omaha Police in 1964). And, of course, they did in 2006, so I poured all my knowledge and super-secret hidden tracks into a show about them.

And for the last 15 years, on the anniversary of the show, we have done a toy drive and a simulcast event in a bar with live music to raise money for heating fuel for the Pine Ridge Reservation. This year it also was on YouTube, Facebook Live and Twitch, and we raised a record amount.

I also had (blues guitarist) Joe Bonamassa on six times before he ever played the Holland Center.

Q. How long will you keep it up?

A. I don’t know. I already have artists lined up for next year, including Adam Weiner of Low Cut Connie (a band Galusha has been featuring lately) and Mark Farner of Grand Funk Railroad.

We had a very successful simulcast and toy drive. And the mayor of Council Bluffs just issued a decree in honor of the anniversary.

The library now has about 200 books. “You never know what treasures are left or found," said Amber Bakken, the property manager of Oak View Mall.

A year without the stage version of “A Christmas Carol” would have been unthinkable. The Playhouse staff deserve abundant praise from the community for seeing that neither scenario became real.

A tip from former Omaha Mayor Hal Daub put Galusha elbow to elbow with the Rolling Stones in 2006 and led to one of his most successful radio shows ever.

Pacific Street Blues host Rick Galusha, left, has met a bounty of rock and blues stars as host of the show and in his former career as the president of Homer’s Records. Here he is with Alice Cooper.