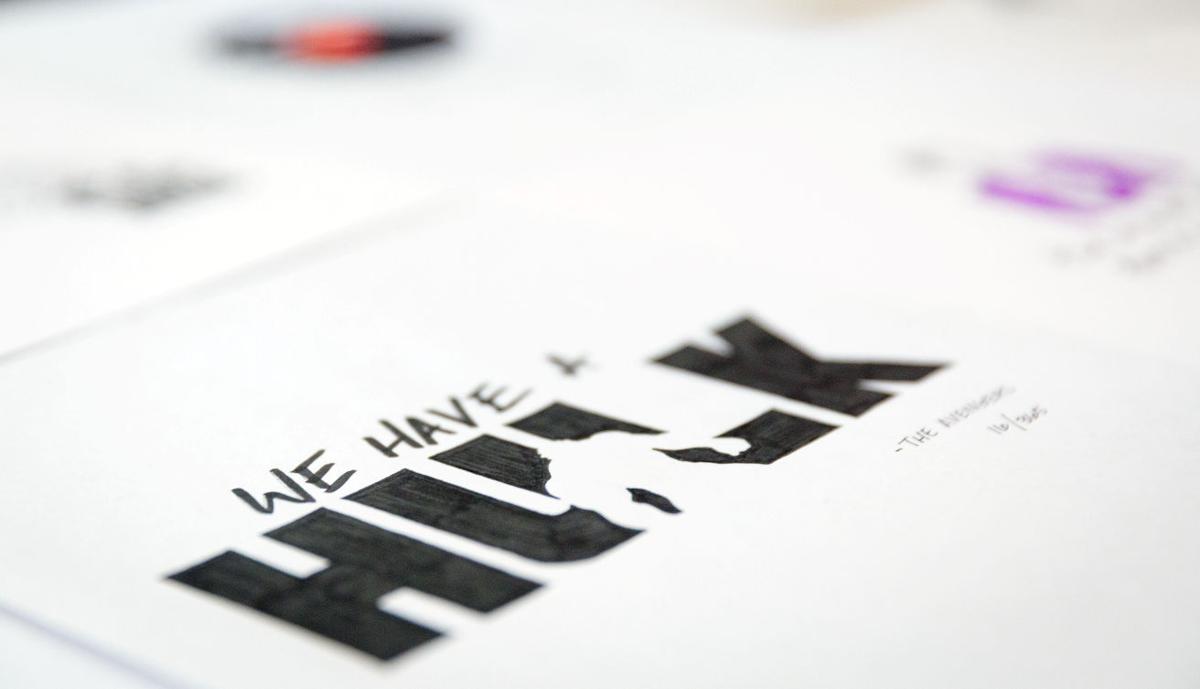 Brothers Ian Simmons and Tory Burke are engaging in a yearlong project to make artistic renderings of movie quotes and song lyrics each day. Simmons does the movie quotes, and Burke does lyrics. 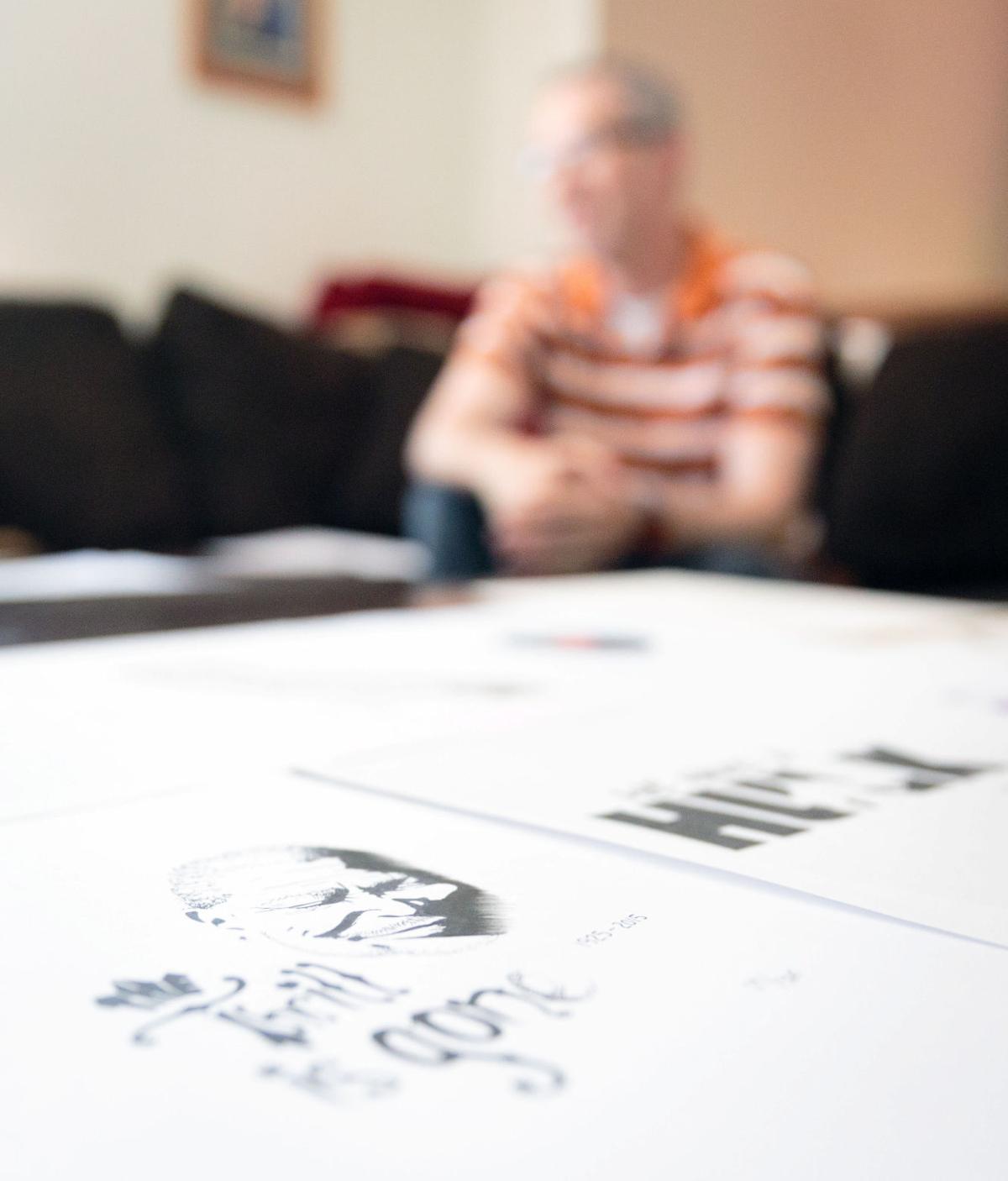 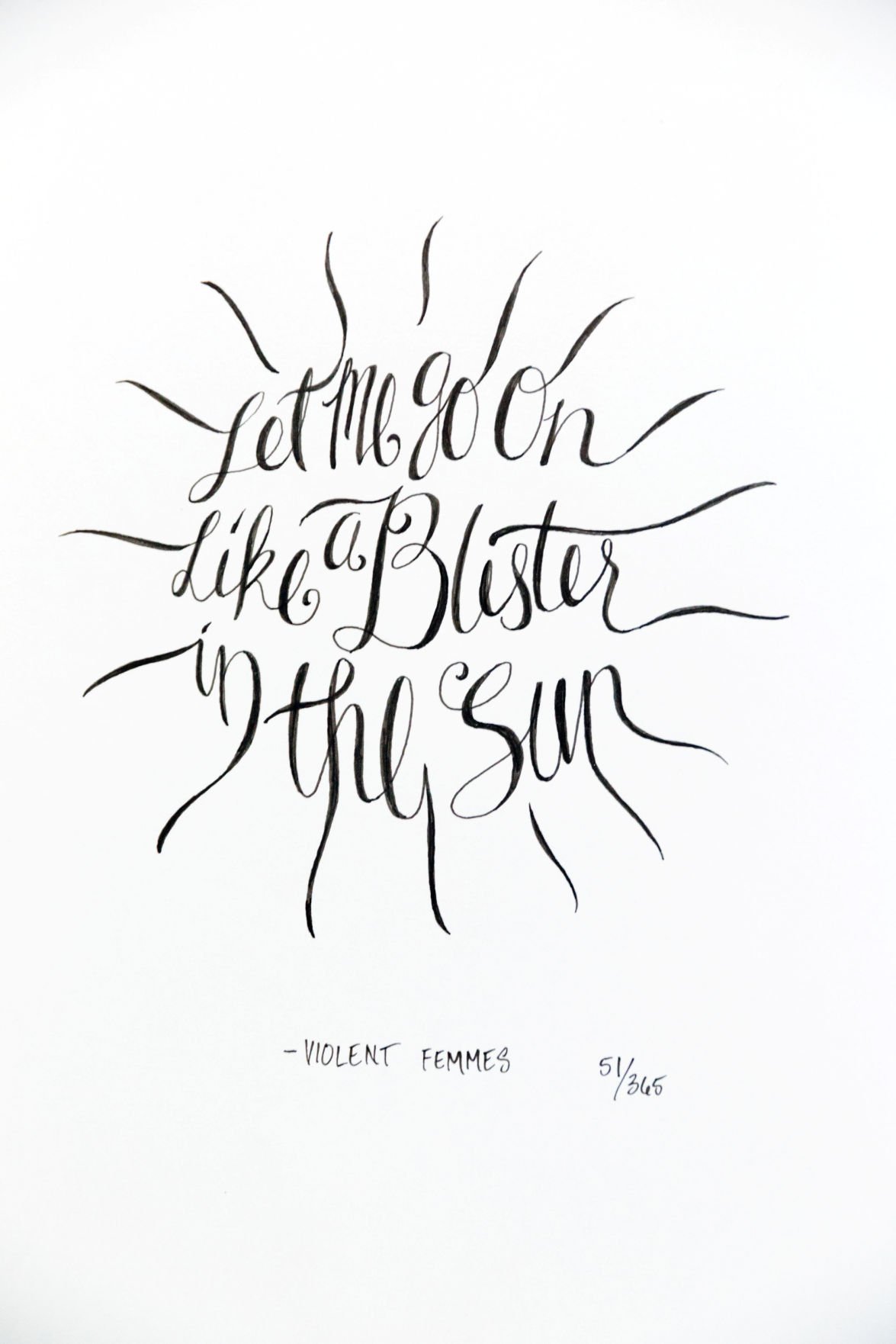 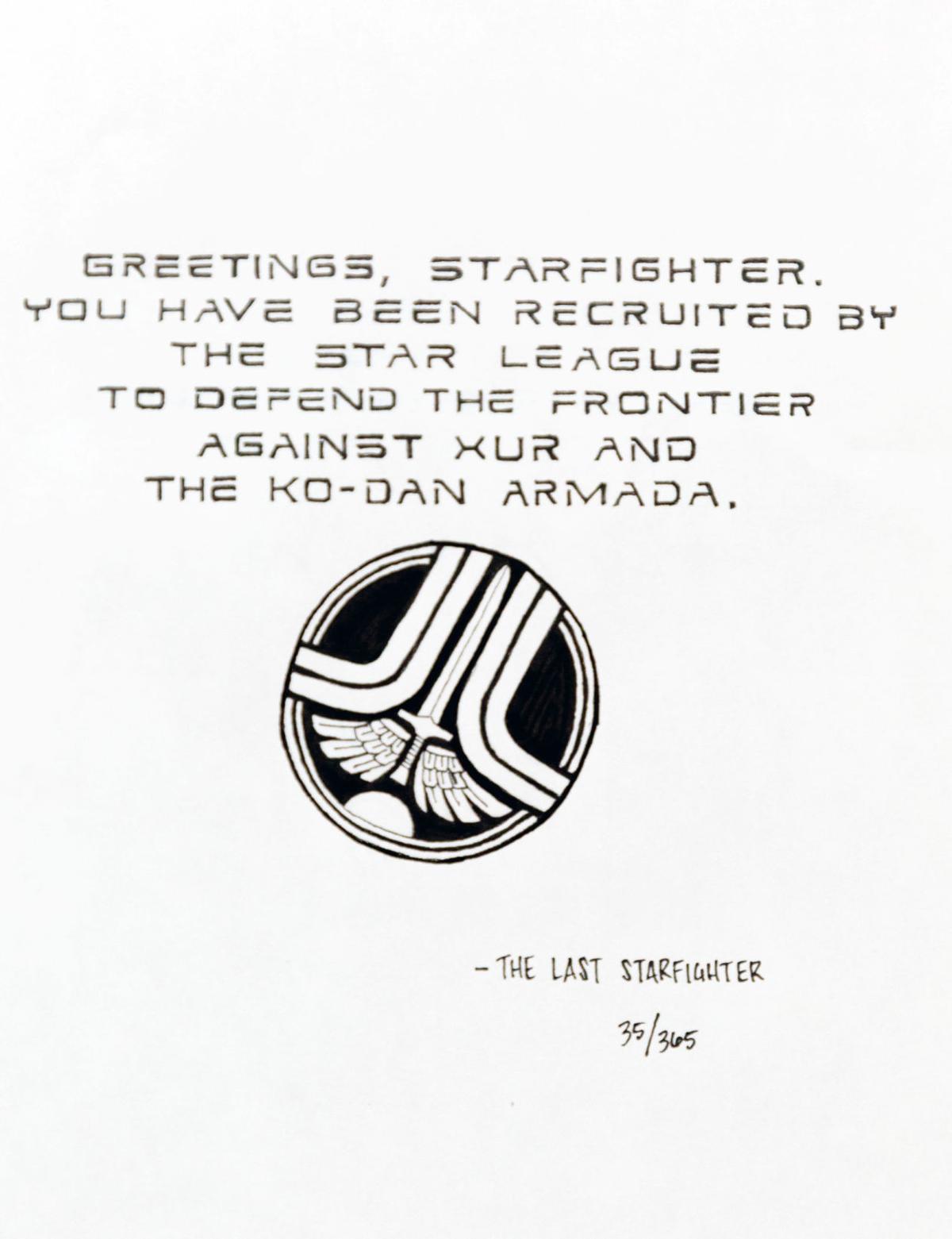 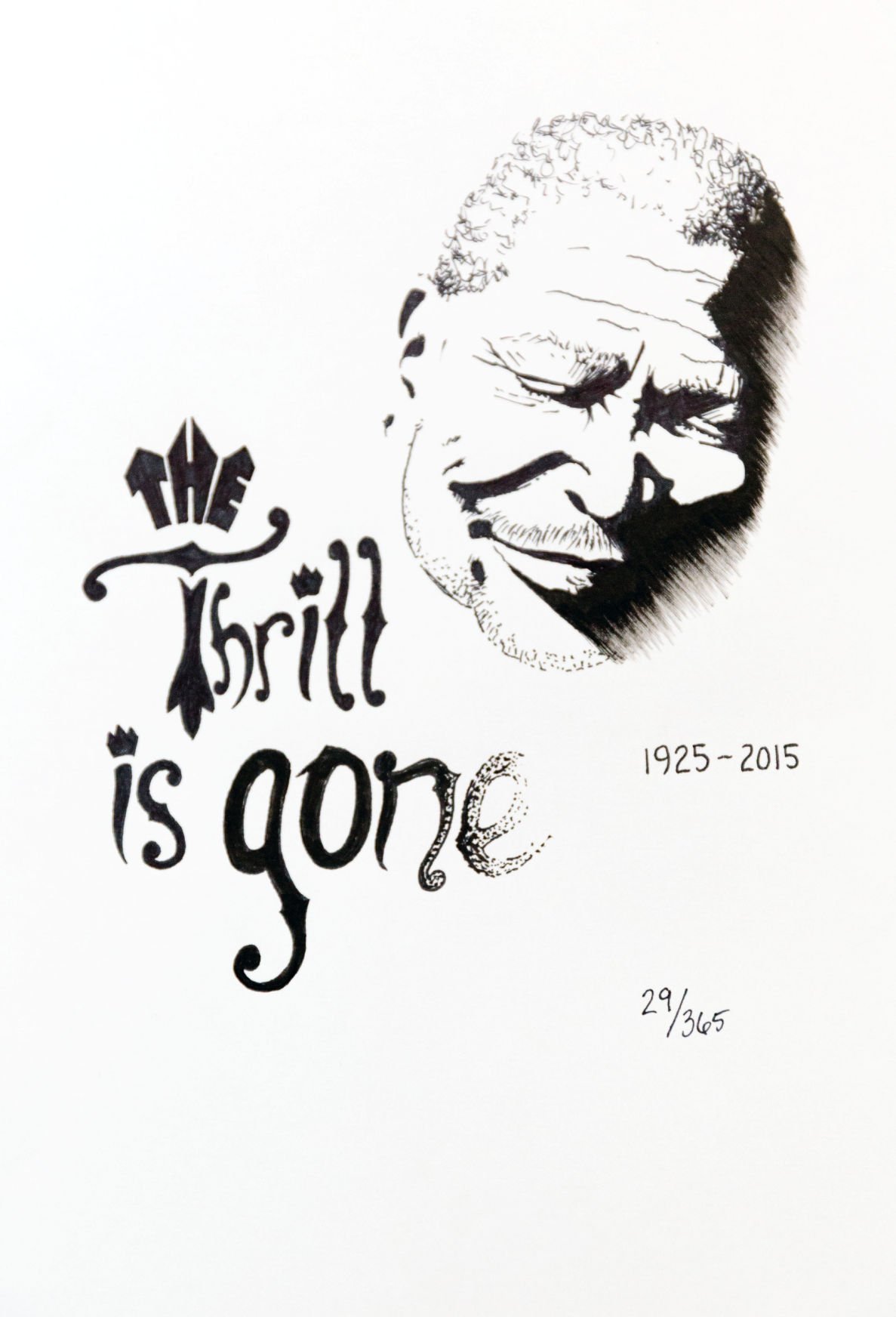 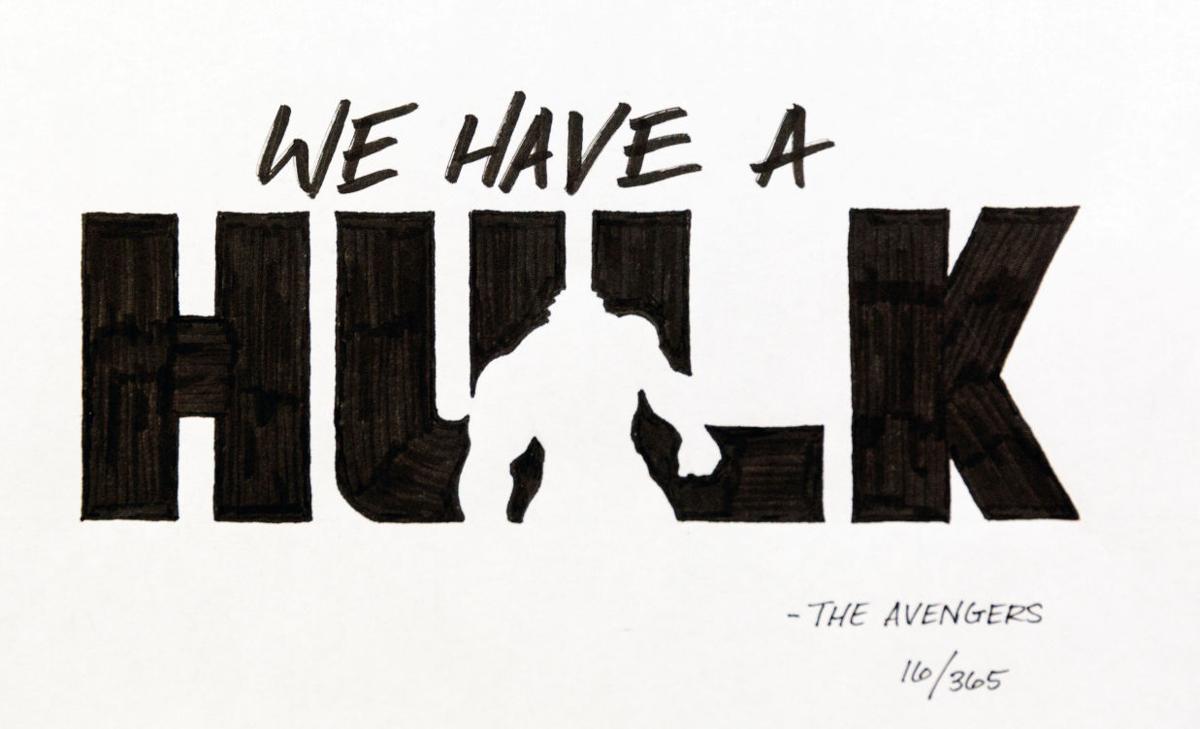 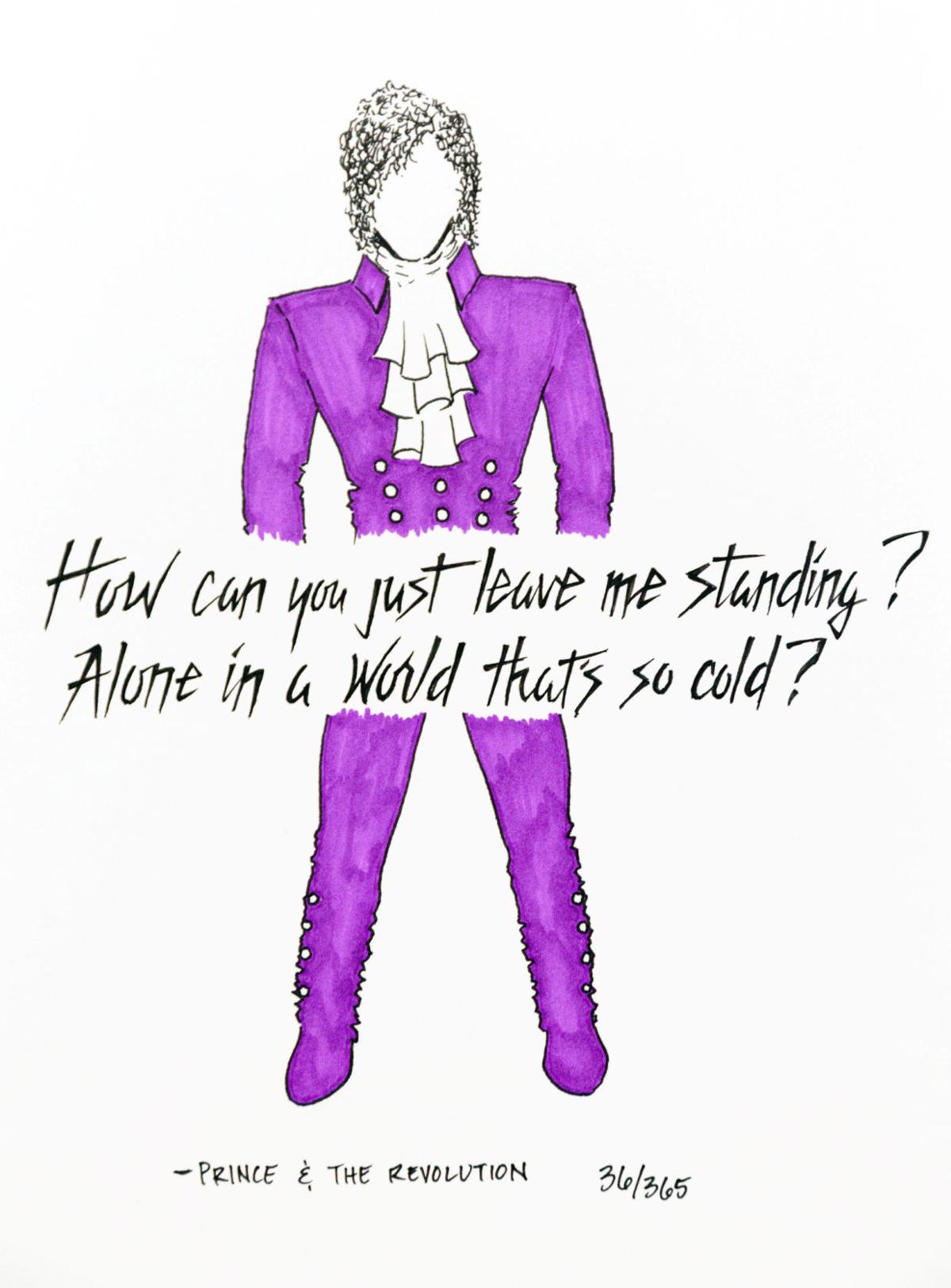 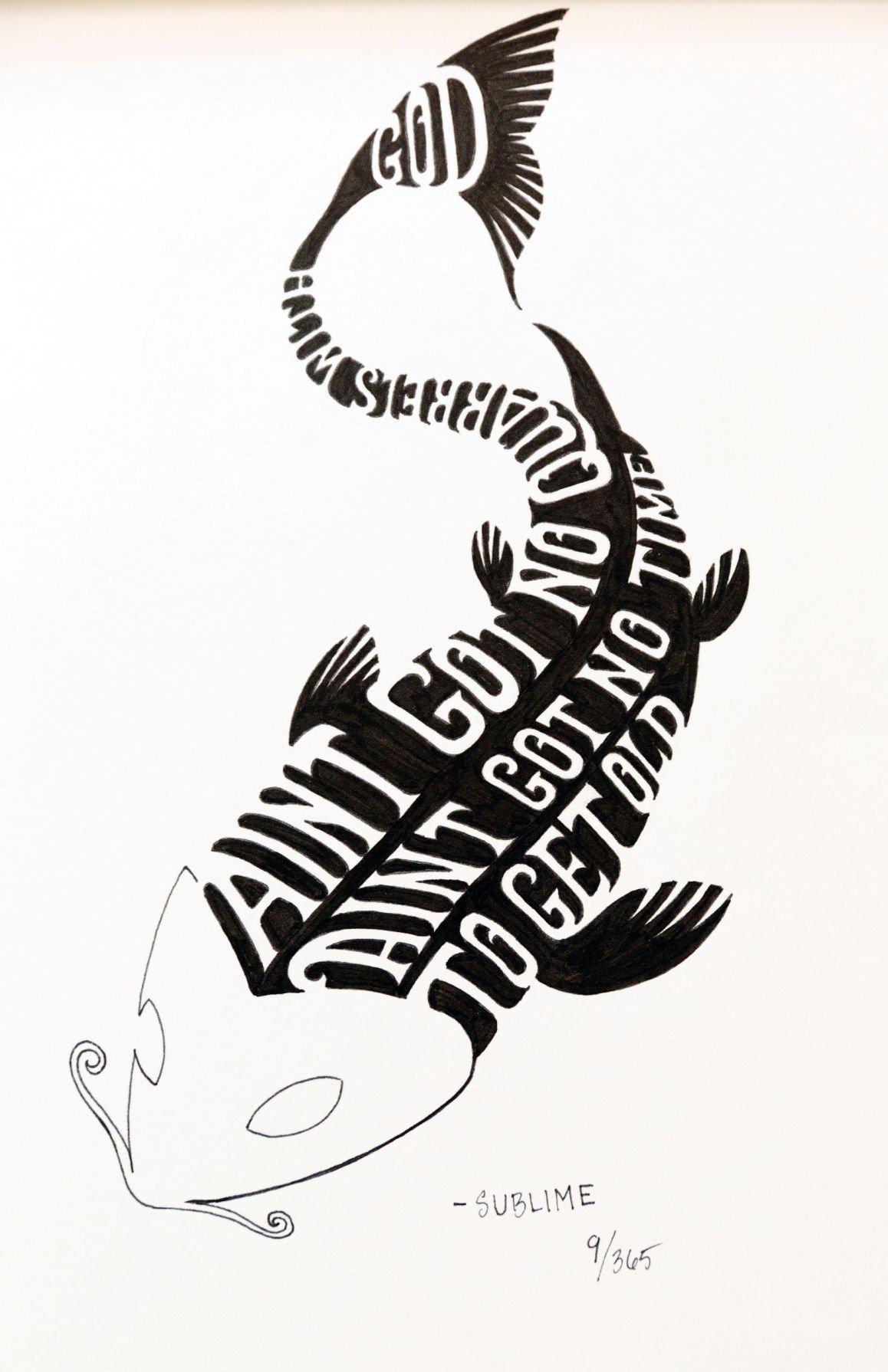 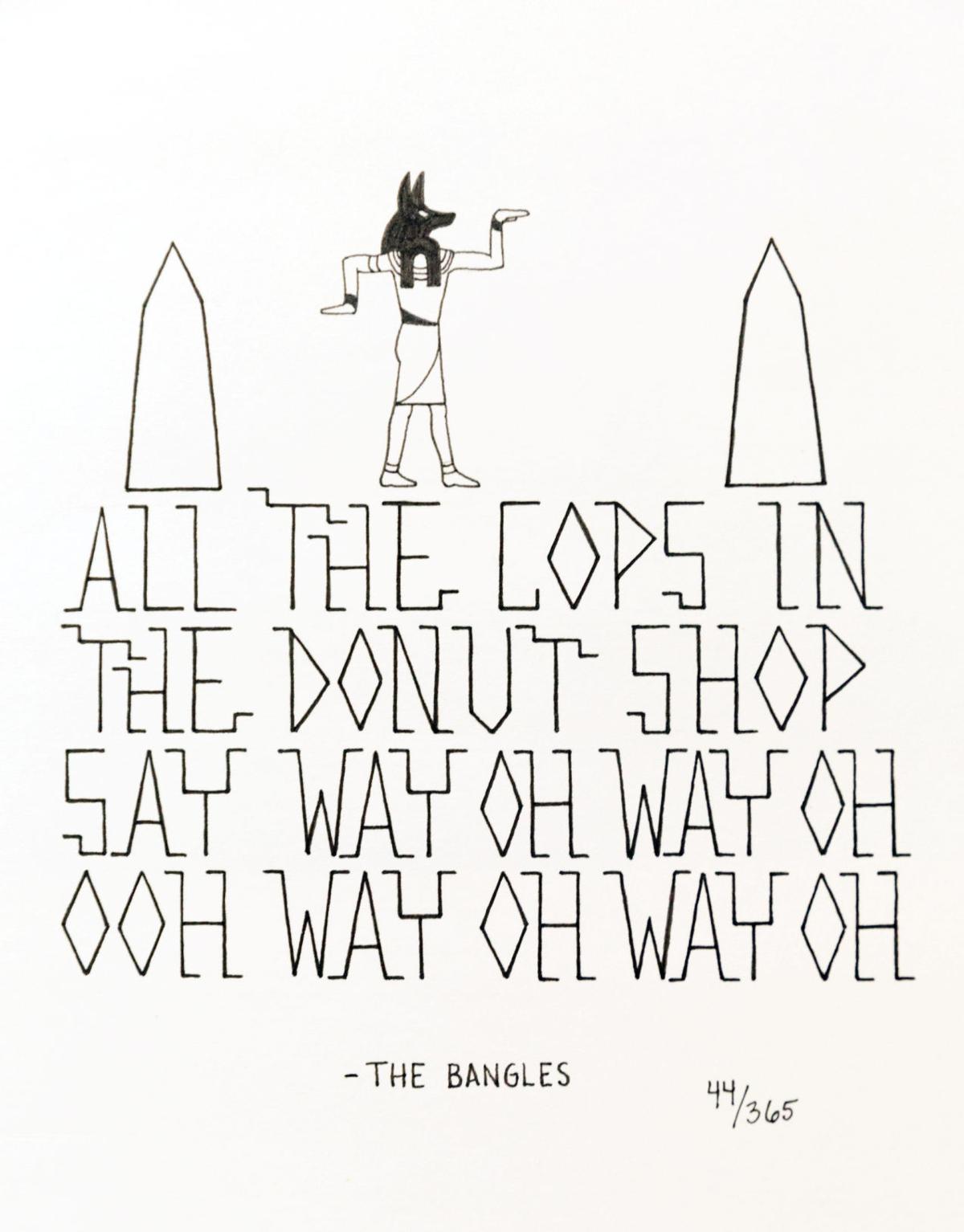 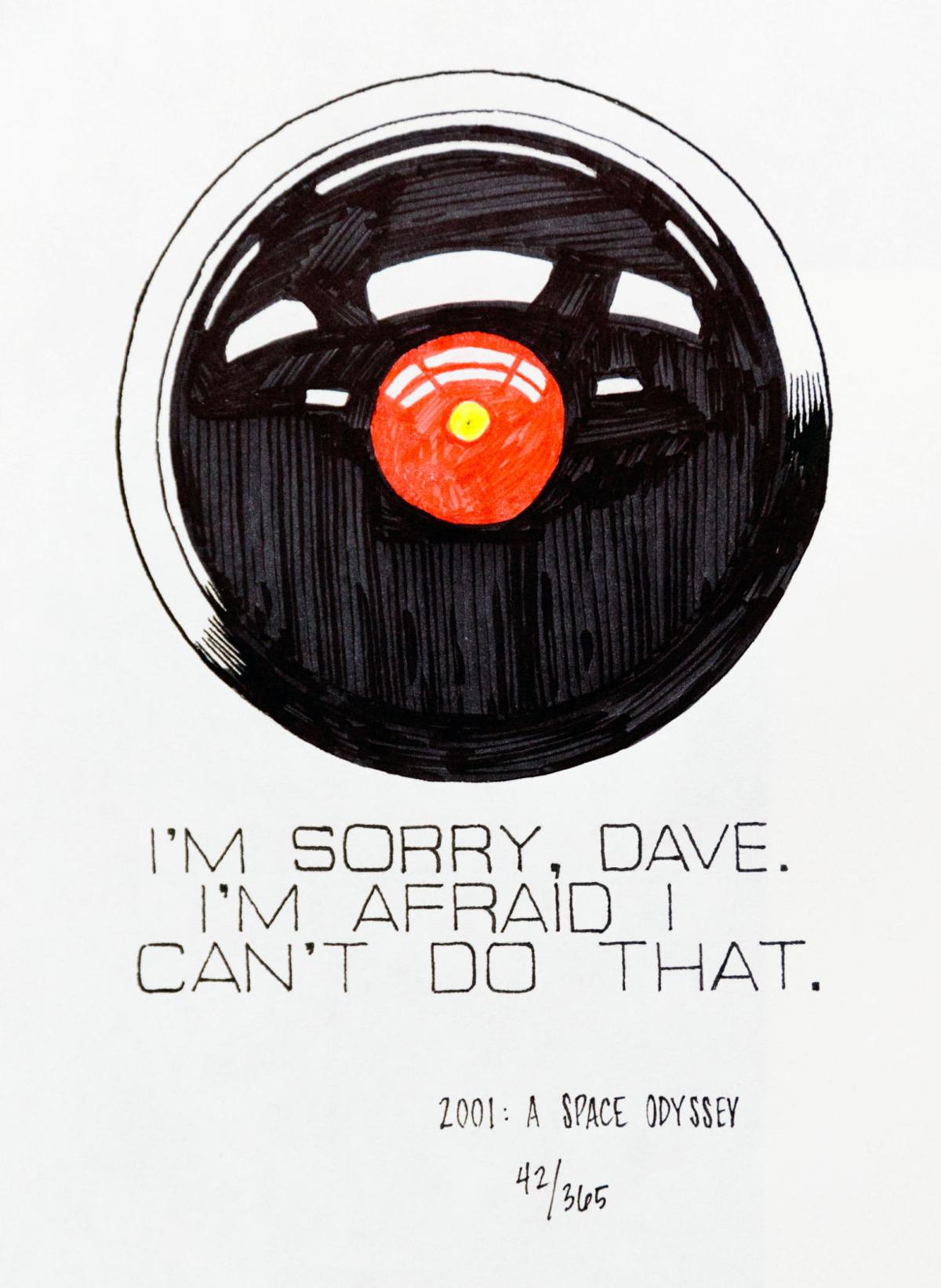 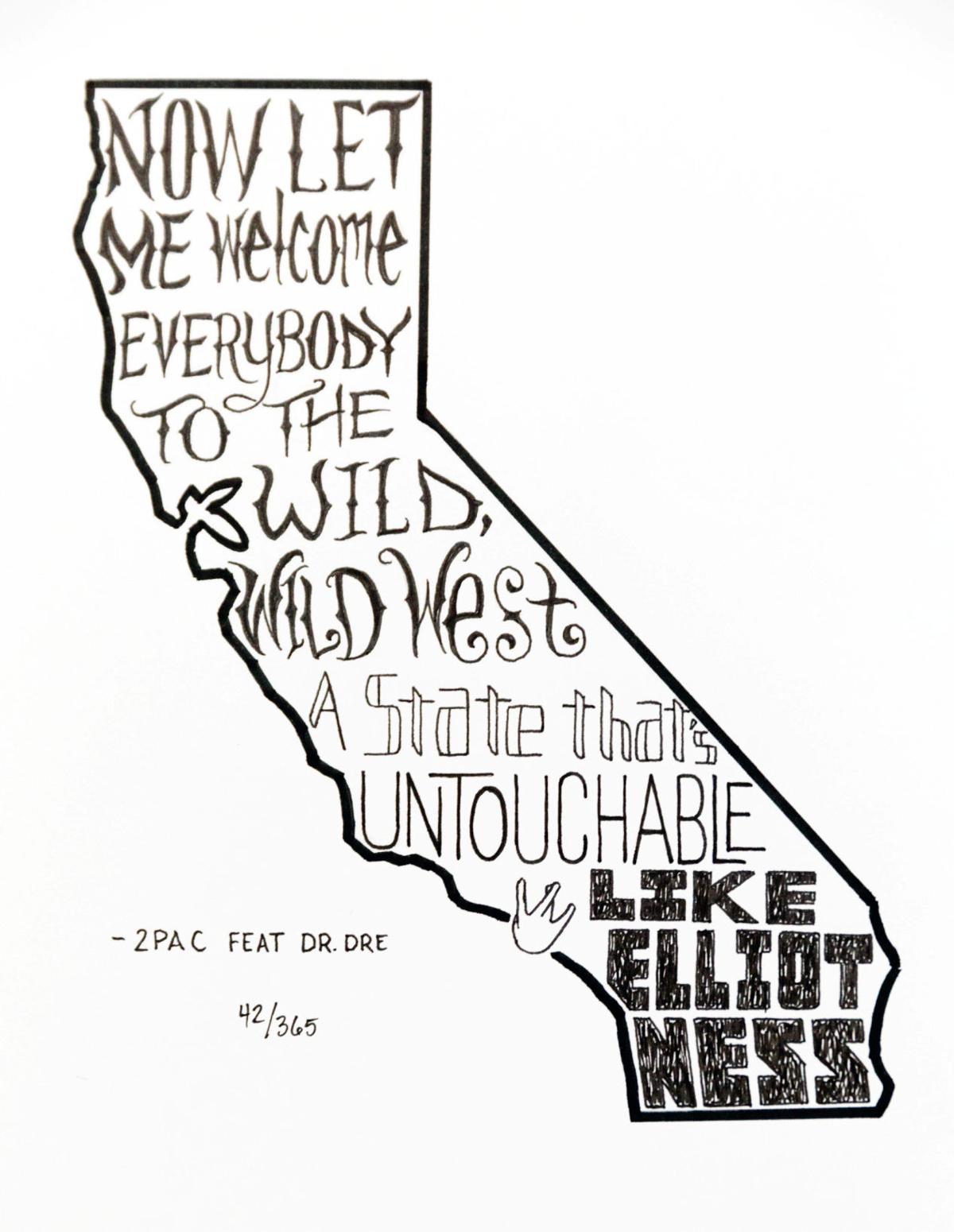 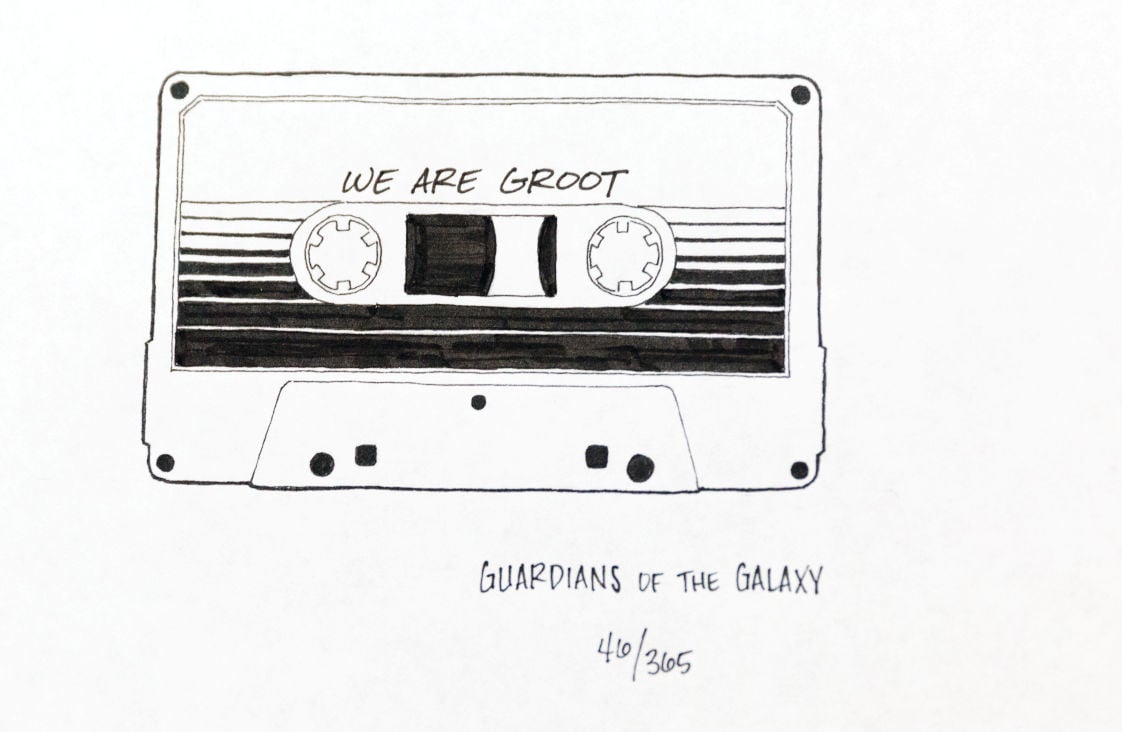 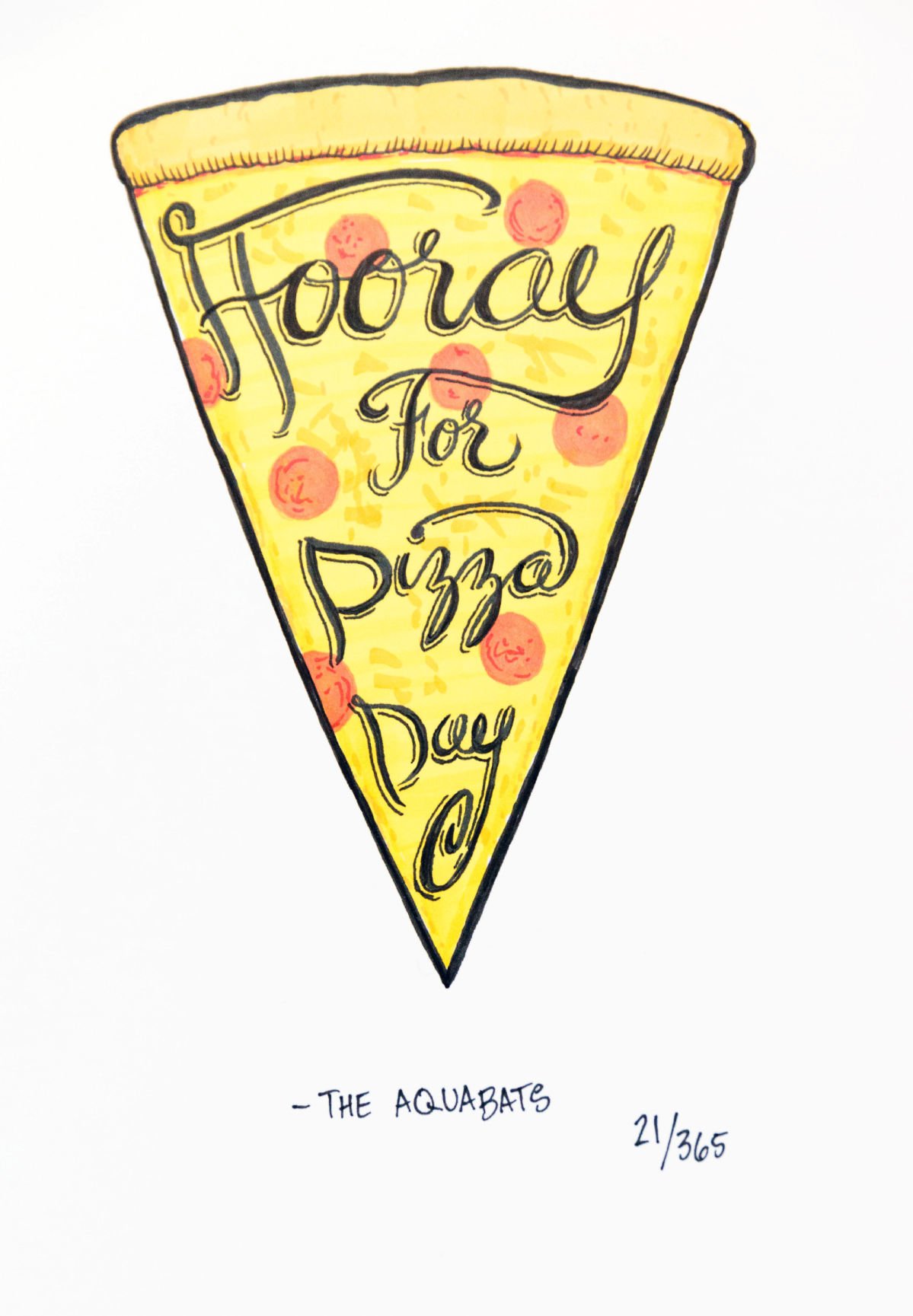 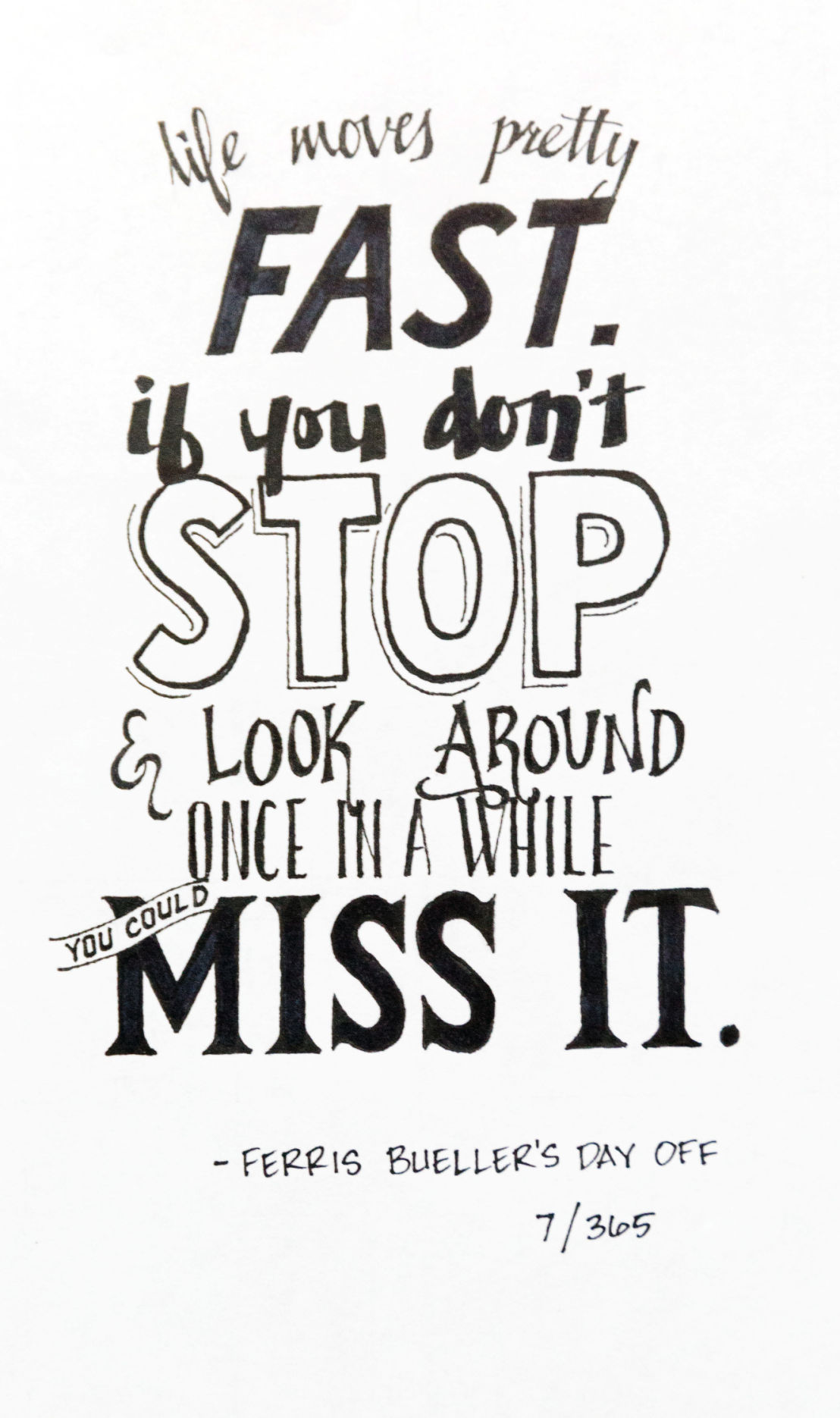 See all of Simmons' and Burke’s work so far on their Instagram pages: instagram.com/conflictstar and instagram.com/toryburke34. You can also buy prints of some of their work on etsy.com/shop/SouthOCreative.

It all started with “Hey, ho, let’s go” and “I want you to hit me as hard as you can.” After that, the music ’n’ movie-loving Omaha brothers were all in.

Tory Burke and Ian Simmons have embarked on a year of artwork derived from movie quotes and song lyrics. The separate but parallel projects will each yield 366 artistic interpretations (it’s a leap year) of iconic quotes from pop culture.

The brothers started the projects out of a need to make art, to have a creative outlet.

“I’d gotten away from doing art in recent years,” Simmons said. “... I’m amazed at what an itch this is scratching.”

Their work has drawn the attention of ABC News, The Daily Dot and thousands of fans on Instagram, Imgur and Reddit. The guys were originally just doing this for themselves. But then they posted their work on the Internet. Everything changed. Now they have an audience. Now they must finish.

How it started: Simmons, 36, and Burke, 39 — Simmons has his father’s name; Burke has his mother’s maiden name — were hanging out one night and got to talking about art. They wanted a project, something to work on for the next year. But what?

Burke told Simmons he should do a movie quote a day. Simmons told Burke he should do a song lyric a day. Each had his idea. Each grabbed a pen and got started, Simmons with a “Fight Club” quote, Burke with a Ramones lyric. They started in mid-April. They have 10 months to go.

Each brother’s work is distinct but fairly similar. Each uses pencils and graphic pens to express a beloved quote/lyric in a gorgeous and thematic way. The words are usually complemented with some minimalistic drawing related to the movie or musician.

A red robotic eye hovers over “I’m sorry, Dave. I’m afraid I can’t do that” for a piece based on “2001: A Space Odyssey.” The dismembered knight from “Monty Python and the Holy Grail” stands next to “Tis but a scratch.” A certain legendary guitarist outlines “Lord knows I’m a voodoo child.”

The lettering is “the meat of it,” the guys said. The drawings are a bonus.

Most of the pieces take 45 minutes to an hour,

whenever the guys can squeeze in some time during their hectic days. On the weekends, though, they might be able to work on a piece for a few hours.

Burke and Simmons grew up drawing together. They were avid comic book readers, fans of the comics of the ’80s and ’90s, when books were still hand-lettered.

Simmons wanted to be a comic book artist at one point. Neither ended up in the comics industry — Simmons works in retail and Burke as a graphic designer — but their fascination with the art of handwriting lives on.

They largely owe their love of movies and music to their father, whose obsession with each medium led to a household almost academic in its fandom. Their dad would randomly quiz his boys: “What movie is this from?” “What song is that from?” “Quick, who sings this?” He taught his sons to value the whole album rather than just individual songs. He told them when their movie tastes sucked.

He instilled in them a refined taste that has led to some fine choices for quotes and lyrics.

They have a few soft rules about which quotes they choose, but they’re barely two months into this. Some of the rules will be bent and broken.

One rule: “I’m not going to do a movie unless I’ve seen it,” Simmons said. “So far, I haven’t done a movie that I don’t enjoy.”

He does take a lot of suggestions from social media, though, and he’s received a few for “The Notebook.”

“I really don’t want to do that,” he said. “But I know there’s going to be a lot of people who want me to. I know I’ll have to do it eventually.”

Burke has received a more specific, peculiar kind of feedback from an artist he quoted. After Burke posted his lettering of the lyric, “When I say freeze you just freeze one time,” the lyric’s writer, DJ Kool, reached out to him on Instagram: “First of all I’d like to say that drawing is dope. Secondly, I’d like to say I would love to have that on a T-shirt.”

Burke and Mr. Kool exchanged emails, and Burke began one of the stranger emails of his life with, “Dear DJ Kool ...”

Brothers Ian Simmons and Tory Burke are engaging in a yearlong project to make artistic renderings of movie quotes and song lyrics each day. Simmons does the movie quotes, and Burke does lyrics.