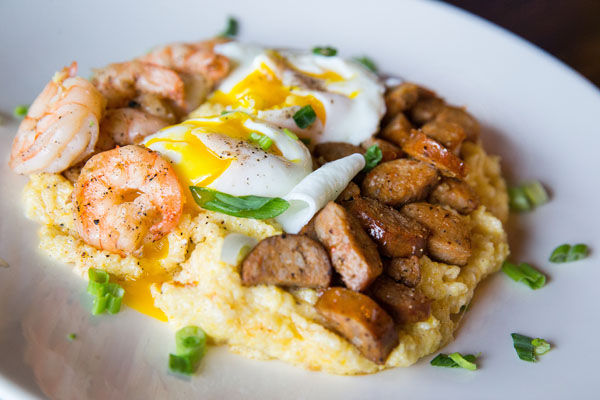 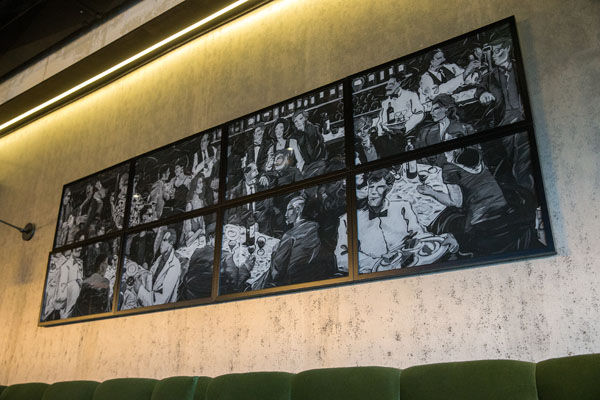 The legendary Jams mural has been replaced with a scaled-down version on its Omaha walls. 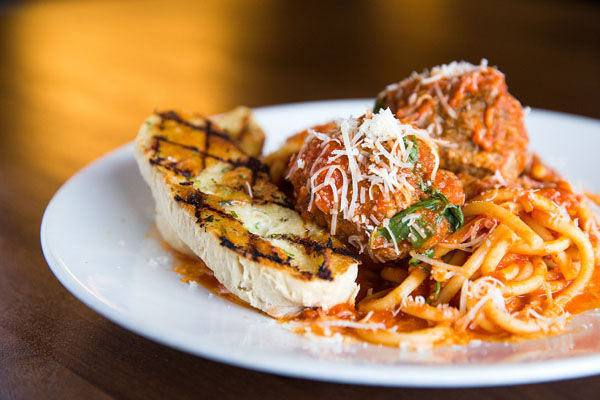 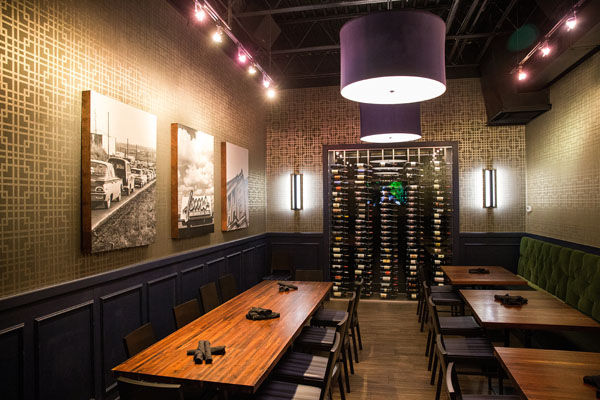 A sitting area in the back portion of Jams Bar & Grill.

If you look closely enough, it’s still there.

Tucked on the east wall of the recently remodeled Jams Bar and Grill are two small clusters of black-and-white photographs that depict what used to be the most prominent part of the Omaha restaurant’s décor — a wall-length mural of a bright and flashy nightlife scene.

Regulars used to identify themselves as characters in the mural. They were the guy in the Hawaiian shirt holding a beer, or the blond woman in a yellow dress cradling a glass of wine.

Now they don’t have to try to find the face that looks the most like theirs in the painting. Instead, they can look into the giant mirror that took over its spot.

When the new owners of Jams, who also own the Pitch Pizzeria in Dundee and the soon-to-open Pitch near 180th and Dodge Streets, announced changes, I wasn’t the only one curious as to how they’d revamp a much-loved space. Change at any restaurant, especially for longtime diners, can be difficult.

Jams is aiming to straddle what it was, a popular stop during the day for business lunch crowds and an evening hot spot for middle-aged night owls, and what it might become — a trendy place for a younger set looking for fresh, modern food. Their approach is to mix in a bit of the old with what’s mostly new. A lot of it works, though some doesn’t.

The atmosphere captures that old-meets-new mix. Jams is long and narrow, and the position of the banquette seating along the east wall and the bar on the west side are the same. The center of the restaurant now has tall communal tables, much like the ones at Pitch. A back room has been retooled to seat more diners as well as large parties.

Concrete floors have been refinished; light fixtures have been replaced with clean, modern chandeliers; and three new television sets hang above the bar. A small rendering of the mural appears on the menu and also on a limited-edition series of wine bottles produced under Jams’ own label.

I tried the first of the dozen wines that will be released as part of the series, and I liked the smooth, subtle flavor of the Sonoma pinot noir. Those who collect all 12 bottles can line them up and re-create the painting. Jams also has a list of signature cocktails — we enjoyed the restaurant's version of a classic Manhattan — and a beer list with choices that are somewhat unusual, including an easy-drinking jalapeño brew from Kearney-based Thunderhead Brewing.

I’m still thinking about the shishito pepper appetizer we tried, one of the more memorable dishes I’ve ordered this year. Charred, petite peppers came served in a lemony broth. The flavor brought a hint of spice mixed with sweet, and I could have managed the whole bowl had I not been facing two more courses. Creative and fresh, they’re worth trying.

I was surprised to see ramen on the menu at Jams, and I took a chance ordering it. It had the right components — a soft-cooked egg, pickled vegetables, fresh noodles, tender pork — but the broth lacked depth and, because of that, the dish fell flat. I had to ask for a side of sriracha to kick things up, which it did, but not high enough.

Chef Jeff Newman said he’s still working out the kinks on the ramen, which he’s never made before. He makes the broth over two days, starting with seaweed and water and then adding, through several steps, shiitake and oyster mushrooms, whole chickens, pork neck bones, celery, carrot, onion and chicken necks and backs that are preroasted in soy sauce, mirin and rice wine vinegar.

A crab cake appetizer and the Dave’s Salad both felt familiar. They’re holdovers from the original menu, and diners will find what they likely remember.

Dave’s Salad came loaded, as is the Jams way, with tasty grilled chicken, nuts, cheese, bacon, onion and big croutons piled atop a giant bowl of lettuce. The crab cakes have a crisp, fried outer crust topped with fried capers and a side of creamy slaw and aioli. I’ve always thought their version of the cakes was heavy on filler, and these were no exception. The small bits of white crab in the cakes we found were tasty, nevertheless.

The most interesting item we sampled that evening was a side dish that’s served with the beef short rib tacos. The poblano mac and cheese had all the things a diner wants: petite shelled pasta filled with just enough creamy cheese sauce spiked with an added tangy pop in the form of spicy, peppery poblano.

The night we sampled two dishes off the spring menu of specials, Jams hit it out of the park. Service at Jams was good each night we visited, but the staff member who helped us the night we sat at the bar was the best. She was friendly, informative and funny, and struck the right balance between helping us and leaving us be.

The shrimp and grits seemed an unusual offering, but once we smelled its pleasant aroma, we knew it was the right choice. Big shrimp and chunks of andouille sausage brought mild and spicy flavor to opposite sides of the plate. Well-seasoned grits filled the center and had a rich cheddar flavor. I’d order the dish again, and I’d also have another order of the steak frites, a personal favorite.

The whiskey-marinated flatiron came a perfect mid-rare and arrived sliced and topped with a dollop of herb-mustard butter. Hand-cut, crispy frites had a tasty peppercorn aioli for dipping. It’s classic bistro food, and here it’s done to perfection.

End your meal with one of the more delightful holdovers at Jams, the carrot cake. The four-layer confection is both beautiful and delicious, just gooey enough with a thick, rich cream cheese frosting.

Throughout my visits to Jams, I certainly saw the familiar Jams crowd; many of them passed accolades on the restaurant’s redo to staff members and the manager. But I also saw younger folks, whether they be families with small children or 20-somethings checking out happy hour.

Regulars can still find their faces on the east wall of Jams. But younger diners — including this one — might find theirs now, too.

Hits: The steak frites and the shrimp and grits, both on the spring special menu, are delightful. Also worth trying: the shishito pepper appetizer and the signature carrot cake.

Misses: Crab cakes could have used more seafood, and a bowl of ramen needed more depth in its broth.

Service: Friendly and fast, with one evening of exceptional service.

Noise level: Noisy, but that’s what makes this spot a favorite.

The Jams mural is for sale

The regulars are already calling.

A Jams Bar and Grill is headed to the Old Market.

The legendary Jams mural has been replaced with a scaled-down version on its Omaha walls.

A sitting area in the back portion of Jams Bar & Grill. 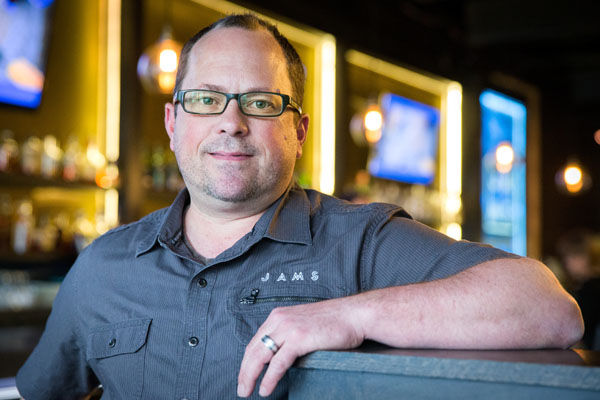 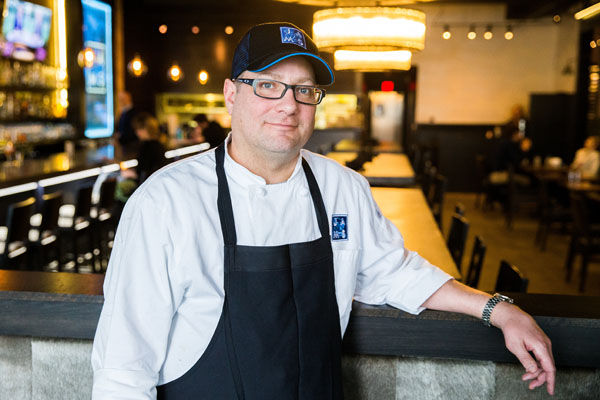