Sometimes you just want breakfast for supper. Or at least lunch.

It’s like comfort on a plate — in my house, a paper plate because things have been casual since the coronavirus.

And remember, breakfast also works first thing in the morning.

Summer Kitchen, 12010 Giles Road, 1130 Sterling Ridge Drive. No matter what breakfast food you want, you will probably find it here. Belgian waffles, a wide variety of omelets, even raisin bread French toast. The portions are hearty: Not long ago, I got a Denver potato casserole with a scrambled egg on top at the Sterling Ridge drive-thru, and it was enough for two days. And the muffins are a marvel. The La Vista location is open until 8 p.m. every day but Sunday, when it closes at 3 p.m. Sterling Ridge closes at 7 p.m. Monday through Saturday and 3 p.m. on Sunday. summerkitchen.net

Jojo’s Diner, 6118 Military Ave. I was hooked when I saw the Nashville hot waffle on the menu. Chicken and waffles are one of my go-tos, and this one sounds heavenly with the addition of peach marmalade and crème fraîche along with maple syrup. There’s also Eggs Bueno-dict, with jamón (Spanish dry-cured ham) or barbacoa and cilantro, for those who like poached eggs. And that’s just the beginning. Open until at least 9 p.m. every day. jojosomaha.com

Vidlak’s Brookside Cafe, 15668 West Center Road. Not only is there a bacon cheeseburger omelet here, it’s served with silver dollar pancakes, a favorite from my childhood. That was the first thing I noticed on the menu. The second was that the cereal selection includes Captain Crunch. I haven’t been there yet, but I’m on my way. (I forgot to mention the cinnamon roll French toast.) Note: It’s only open until 1:45 p.m. vidlaksbrooksidecafe.com

Early Bird, 7705 Olson Drive, 3824 Farnam St. I come here for the corned beef hash, with green peppers and onions and topped with hollandaise sauce. And even though it has hash browns, I usually can’t resist an order of Hash Holes, smoked gouda-and-potato croquettes with sriracha ketchup and queso for dipping. That’s just two delights from a diverse menu. Open until 2:30 p.m. daily. earlybirdbrunch.com

Holy Name Fish Fry takes year off because of COVID

The Holy Name Fish Fry, a popular destination for old pals and politicians, is the latest 2021 coronavirus cancellation.

Lots of local restaurants are offering take-home specials for Valentine's Day. Takeout Tuesday is here to help you plan the perfect meal for you and your sweetheart. 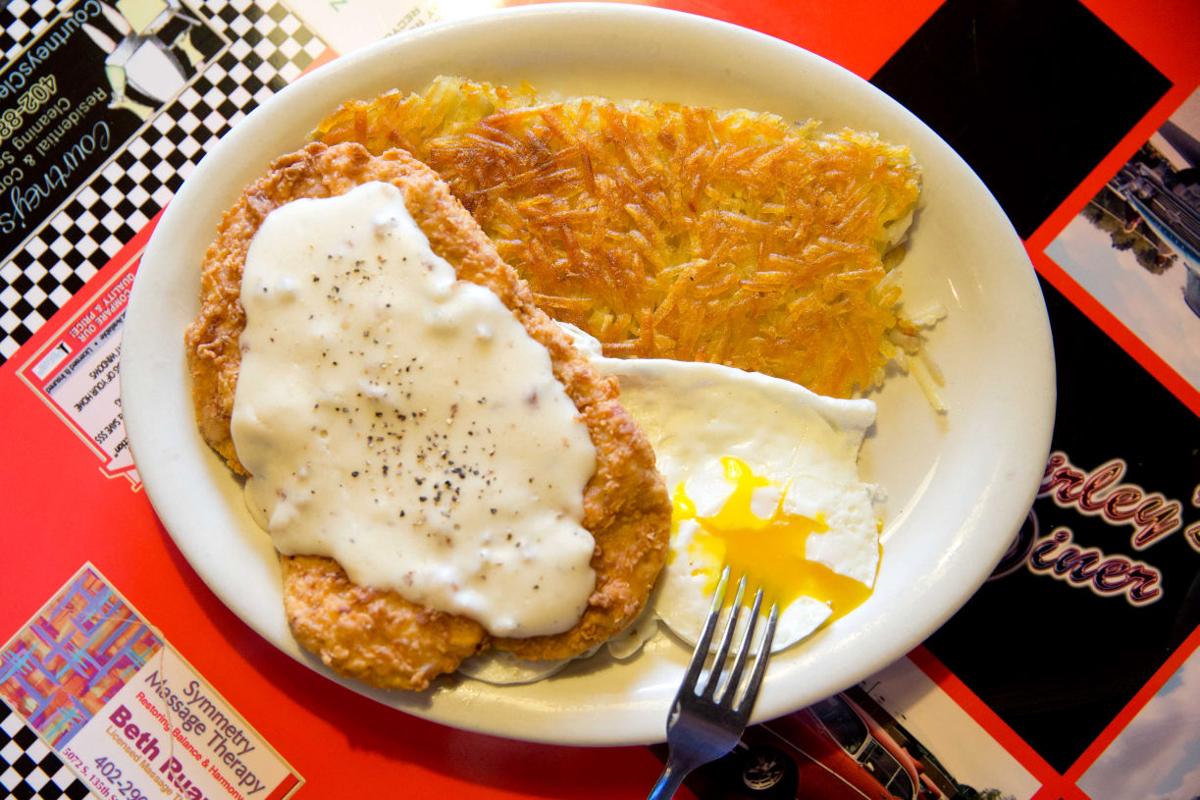 Hand-breaded chicken fried steak with hash browns and an egg at Shirley’s Diner. 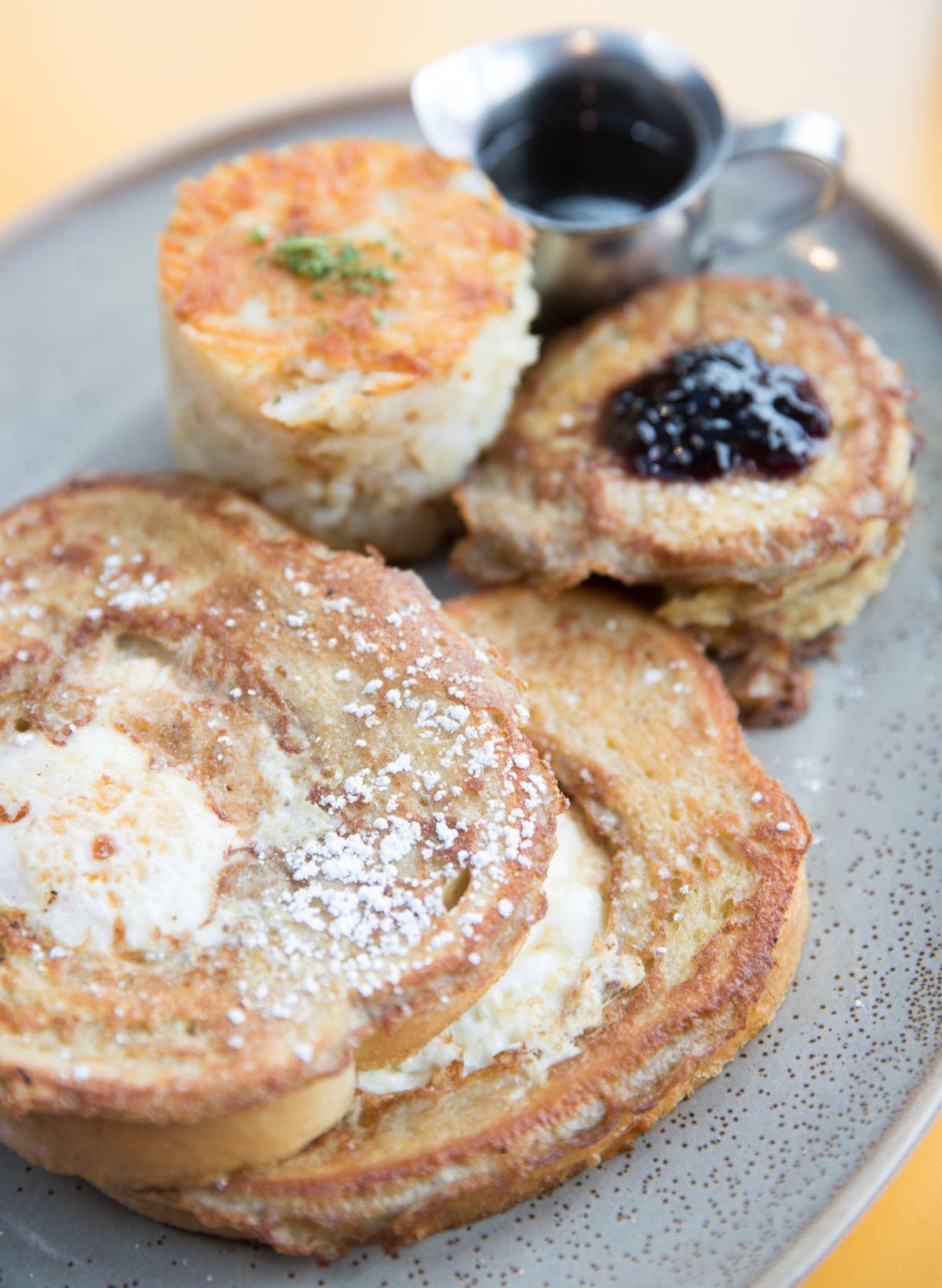 The Bird Cage at Early Bird has two slices of French toast with two fried eggs in the middle and a side of hash browns. 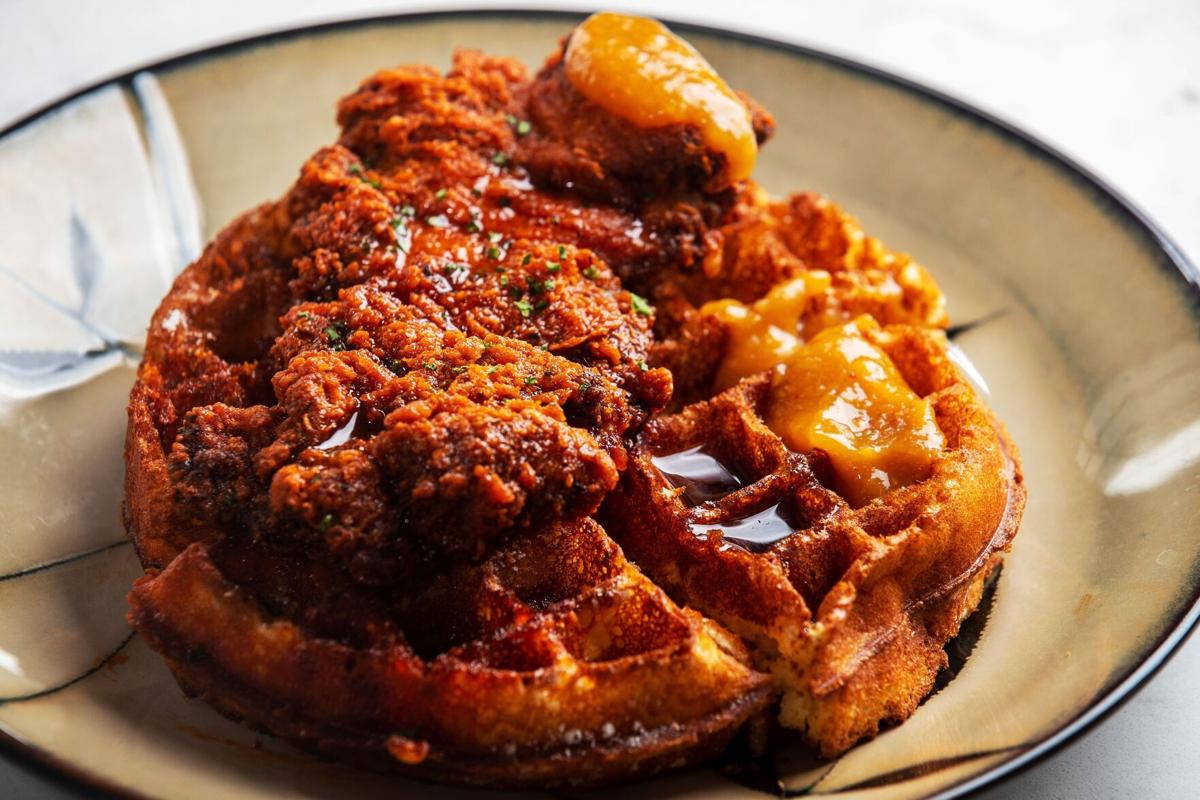 The Nashville hot waffle at Jojo’s Diner is a take on chicken and waffles with peach marmalade and crème fraîche.