Vedral, who will be a senior this fall, is making a splash with Kookaburra Cookies, the business he launched a couple of years ago with a little capital, some big ideas and his brother’s Kitchen Aid mixer.

It was born during the pandemic when Vedral was doggedly looking for work.

“I couldn’t find anything, so I thought ‘I’m going to start something myself,’” he said.

What he came up with is way more than just a job. He plans to make it his career once he graduates from Creighton.

He got a cottage kitchen permit and came up with a special recipe that sets him apart from other bakers: “Strumble cookies,” combining crumble and streusel toppings. He trademarked his new word.

Then he decided to eschew traditional flavors such as chocolate chip, oatmeal raisin and snickerdoodle.

“Every family has its favorite cookie recipes,” he said in a recent interview. “I’m never going to beat your grandma’s cookies, so I’m not competing with your heartstrings.”

He came up with coffee cake cookies, red velvet cookies with cream cheese Strumble, and a cookies-and-cream version, among others.

He conjured up a clever slogan: “Are you ready to Strumble?” It’s on each box.

He bakes by himself in the spacious kitchen at his family’s Wahoo, Nebraska, home. He has been living on campus but plans to move home to buy more time to juggle work, school and life in general.

Vedral said he started baking at an early age.

“When I was in grade school, my parents had a one-snack rule after school,” he said. “I figured out if I made cookies, I could get around that rule and eat as much as I wanted.”

That included the dough. He still indulges.

His cookie creations were inspired in part when he spent a semester in Sydney, Australia, through the Creighton Global Scholars program. That experience changed the way he thought about food, he said, because he was introduced to strange culinary combinations such as sushi burgers and banana-and-chile ice cream.

It made him wonder how to combine streusel and cookies, “two of my favorite things,” he said.

On a recent morning, he was baking a seasonal lemon shortbread Strumble cookie — with lots of real butter — and gave observers samples.

One taster said it was way better than a popular Utah-based chain cookie that has been selling out since it came to Omaha a couple of months ago.

“(That’s) not the first person who has said that,” she said.

The budding entrepreneur said Jarrett — who founded Bulu, a subscription box fulfillment business — has been his mentor. She said he’s way beyond where many startup business owners are at this point.

“His business savvy has been growing every month. If he has a batch of cookies that are not up to his standard, he crushes them and makes cookie balls,” she said. “He monetizes them and turns them into an entirely different product. That’s an example of his ingenuity.”

Jarrett said he’s been joining groups of fellow entrepreneurs to increase his knowledge.

“He has always been a very impressive kid,” she said.

Vedral said his family takes his kitchen takeovers in stride. His mom, he said, uses it as an excuse to go out to dinner. He is one of five kids, including former Nebraska quarterback Noah Vedral, who now plays at Rutgers in New Jersey. Two of his siblings are still in high school.

None of his family members help him bake, though they can be coerced to do dishes in a pinch. It takes 24 hours to make a batch of cookies, including the time the dough spends in the fridge.

He said he couldn’t estimate how many dozen cookies he has sold so far. His orders are steadily increasing — Jarrett, who has gotten financial briefings from her nephew, said he’s making money and is starting to receive large corporate orders.

That will necessitate a new commercial mixer, which was supposed to arrive soon. It also will eventually lead to at least one brick-and-mortar store in Omaha or Lincoln after he graduates, he said.

For now, the cookies are available to order online at kookaburracookies.com and he will either deliver or customers can pick them up in Wahoo. They’re $3.50 apiece, $20 for a half-dozen and $36 for a dozen.

He said he’s frequently asked why he hasn’t brought cookies to class, but he plans to soon. He’s shared them at cross country team parties, however.

He looks forward to the day he doesn’t have to juggle academics, track (he runs the steeplechase, among other things) and operating a business. He’s also thrilled he’s found his calling.

“These are my life’s work,” he said of his Strumble cookies. “I put my heart and soul into them.”

Chippy's brought a taste of the UK to Omaha. Before the store and eatery opened its doors in the spring, it was hard to find food and other pr…

During the COVID pandemic, food takeout and delivery options increased throughout the Omaha area. This story focused on those options for late…

Favorites from Gerda's Restaurant and Bakery pop up in Omaha again

When beloved Omaha eatery Gerda's Restaurant and Bakery closed in 2019, it left a hole in Omaha's dining community. So when it was announced t…

Frustrated with the costs of partnering with nationwide food delivery companies in a time when deliveries were a lifeline for many, local rest…

Food news includes a new Frosty at Wendy's, summer lunch boxes for kids and adults, a soon-to-open neighborhood pizzeria and more, in this week's Dining Notes.

Eight songs you need on your 4th of July playlist

Eight songs you need on your 4th of July playlist 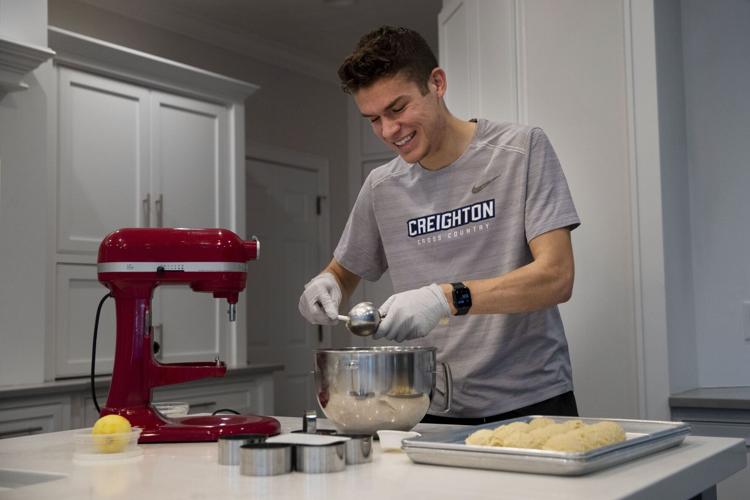 Creighton student-athlete Eli Vedral bakes a batch of cookies for his company, Kookaburra Cookies. For now, he works out of his family’s kitchen in Wahoo. 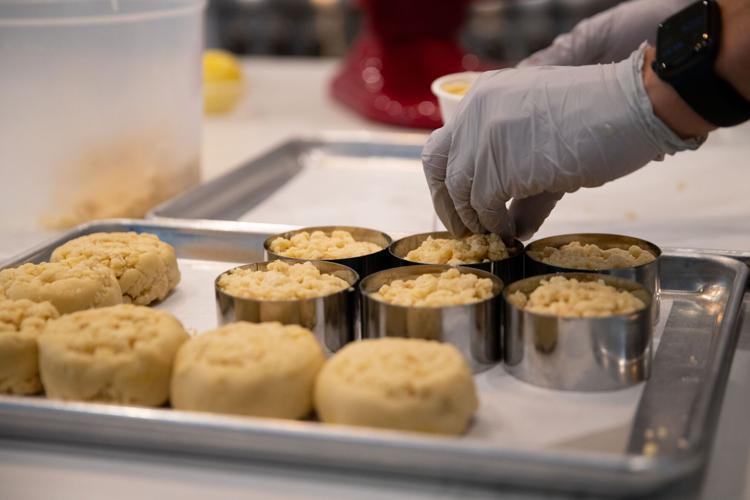 Vedral puts streusel on his “strumble” cookies. He trademarked the term, a combination of streusel and crumble toppings. 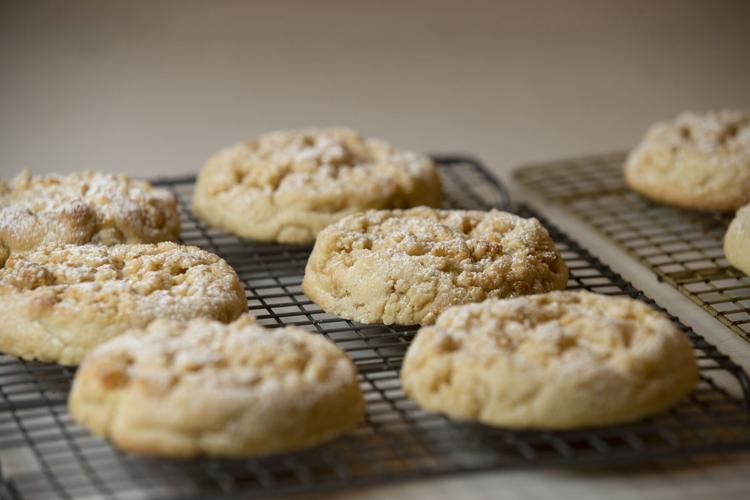 Eli Vedral, a Creighton student and track team member, sets out a tray of lemon shortbread cookies for his company Kookaburra on Tuesday. 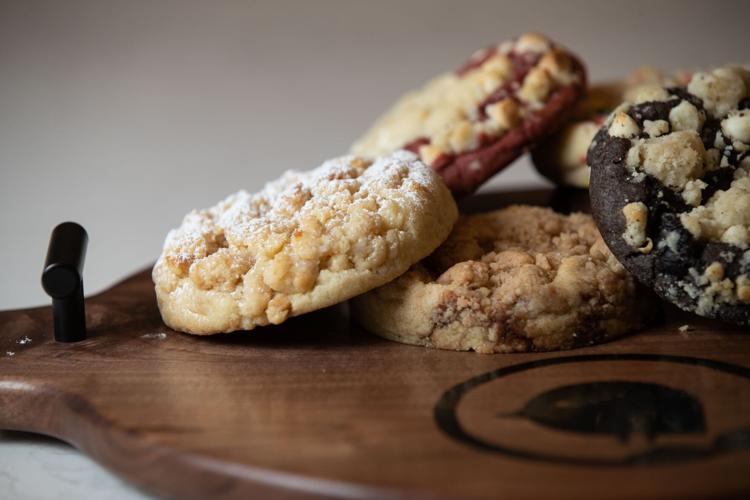 Vedral's cookies come in a variety of flavors, all with his signature topping. 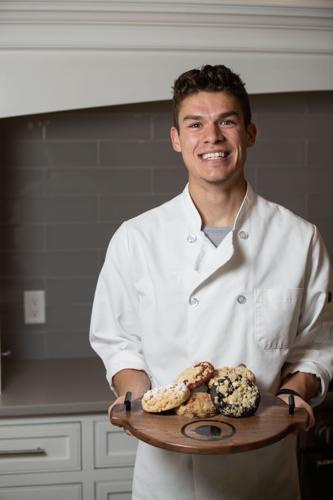 Eli Vedral, a Creighton student and track team member, started Kookaburra cookies in 2020 from his parents' kitchen in Wahoo. 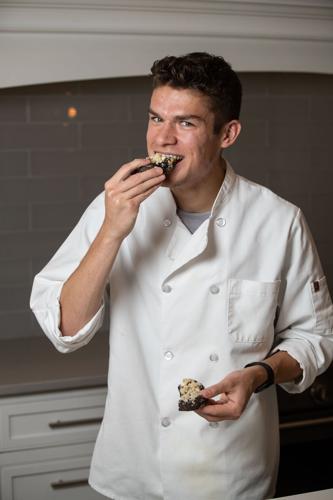 Eli Vedral started his cookie company in 2020. Now, it's starting to receive corporate orders, and at least one brick-and-mortar store is planned.