Ethnic Sandwich Shop in south Omaha will close at the end of the month.

The shop sells hot and cold sandwiches, pasta and salads over the lunch hour. It’s located at 1438 S. 13th St.

“Thank you for supporting our family business, for your patience while we learned to pivot through many challenges and for the kind words of encouragement along the way,” their post said.

Their last day in business will be July 29. If you want a final meal or two before they close, you can order at ethnicsandwich.com.

Twisted Cork Bistro is up and running again after extensive renovations.

The restaurant, in Regency Crossing near 108th and Pacific Streets, closed in 2020 during the COVID shutdown.

After the temporary closure, owners Darrell and Laura Auld decided to refresh their space over the next 27 months, creating a more modern and open dining room, among other renovations. During that time, they also opened a second restaurant, Pacific Eating House, in Sterling Ridge near 132nd and Pacific Streets.

Hours are 4 p.m. to close Monday through Saturday and closed on Sunday. Go to twistedcorkbistro.com for a complete menu.

Cottage bakery to get a brick-and-mortar store

There’s something sweet about this: A home-based bakery has signed a lease to open its first brick-and-mortar store in a former west Omaha dental office.

The Baking Flamingos, run by two Omahans with several years experience in the custom baking industry, will move into a space at 16919 Audrey St., Suite 140, that had been occupied by Westside Dental.

Co-owner Amber Sanne said on Facebook that no opening date had been set but that she would keep customers posted on social media.

“For now, just be excited for us!” she said.

The business makes everything from scratch. The menu includes cakes and cupcakes in popular flavors (German chocolate and red velvet, for a couple) and more unusual combinations such as rosemary honey.

Sanne said they can make most of the cakes to accommodate mild allergies and people who follow vegan diets. The bakery also is gluten friendly.

For more information, go to bakingflamingos.net.

Work continues on the second location of a popular Omaha breakfast and brunch spot.

Sunnyside on Center plans to open Sunnyside Elkhorn soon. Facebook teased a launch yet this month but no announcement has been made.

At the Center Street store, it serves breakfast burritos, quesadillas and sandwiches, traditional plated breakfasts with eggs, meat and potatoes, biscuits and gravy and sweet sides such as cinnamon rolls, muffins and even stroopwafels.

An Elkhorn menu hasn’t been posted yet. More information is available at sunnysideomaha.com.

Local food purveyors will gather at the northwest corner of 90th and Fort Streets on Friday for the Family Food Truck Rodeo.

The event, from 4 to 8 p.m., will feature live music from The Strut.

Sponsors are The Strut and the Native Omaha Week Committee.

Chippy's brought a taste of the UK to Omaha. Before the store and eatery opened its doors in the spring, it was hard to find food and other pr…

During the COVID pandemic, food takeout and delivery options increased throughout the Omaha area. This story focused on those options for late…

Favorites from Gerda's Restaurant and Bakery pop up in Omaha again

When beloved Omaha eatery Gerda's Restaurant and Bakery closed in 2019, it left a hole in Omaha's dining community. So when it was announced t…

Frustrated with the costs of partnering with nationwide food delivery companies in a time when deliveries were a lifeline for many, local rest…

News from a biscuit restaurant that launched in 2019, plus Nebraska's first On the Border, an hours change at a pizza restaurant and two coffee chains have raise funds for nonprofits.

The new location of Dirty Birds is open. It launched business in the historic Flatiron Building early last week with temporary hours and a soft opening, and planned to serve brunch this Sunday.

Pink pineapples are trending in Omaha — despite their higher price

Pink pineapples have been selling well at some Omaha produce stands and grocery stores. The pineapples are pricier than regular ones.

Besides Talus, other openings include a cider taproom in downtown Omaha, a new Mexican restaurant at 78th and Cass Streets, a seafood place in Council Bluffs and an unusual Ethiopian coffee house.

Snowballs in summer? Get the chill on at Omaha shaved ice stands

Find one of the many shaved-ice trucks or stands that are popping up across Omaha, and cool off with a sweet (or even sour) treat.

In the Kitchen: Peanut Butter Irish Coffee a sweet, strong treat in a cup

Peanut butter whiskey is not a traditional whiskey, but more of a sweetened and flavored liqueur with a whiskey base.

Travis Barker is already back on stage against doctor’s orders 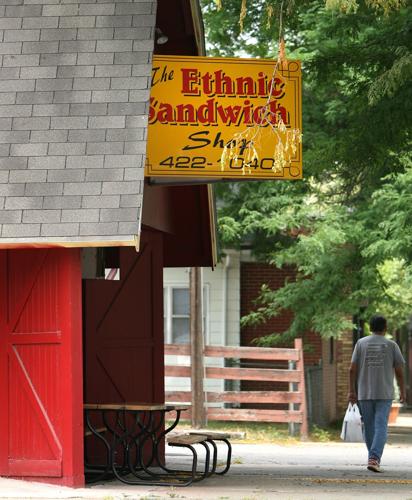 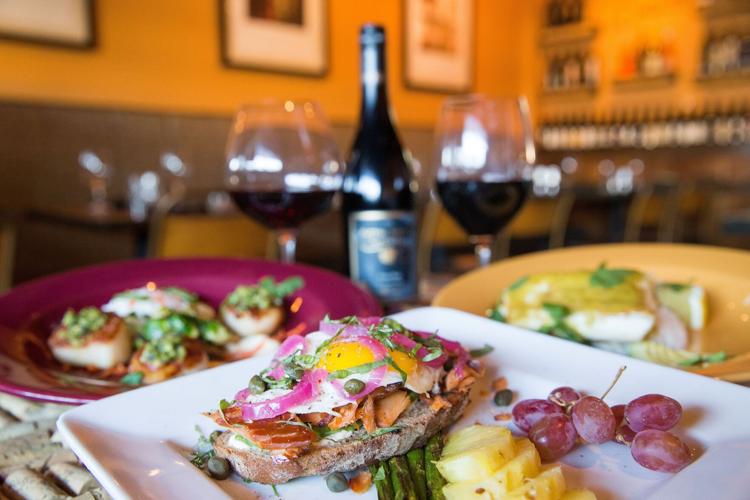