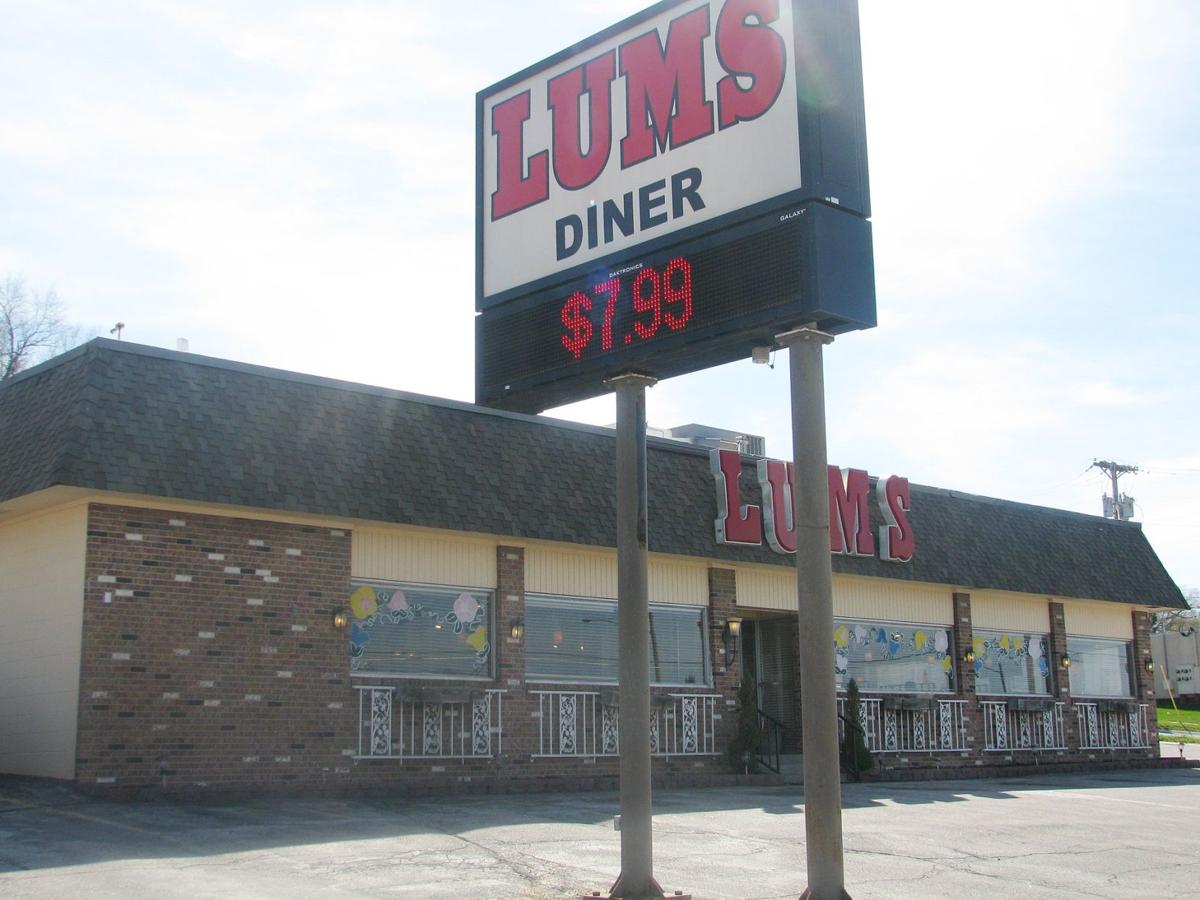 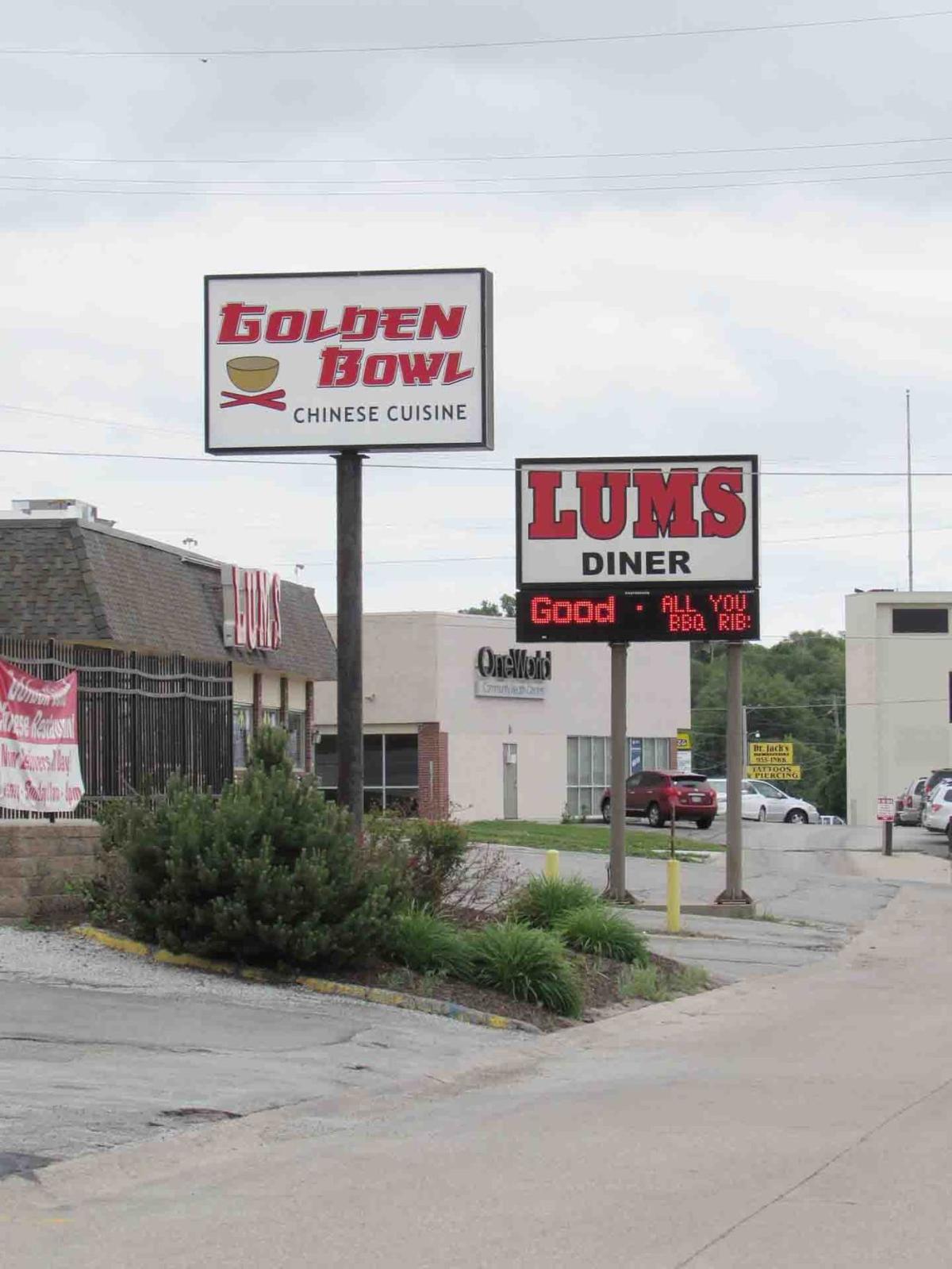 John Stevens has purchased the Lums building and plans to move his Chinese restaurant, Golden Bowl, into the space by Aug. 1. 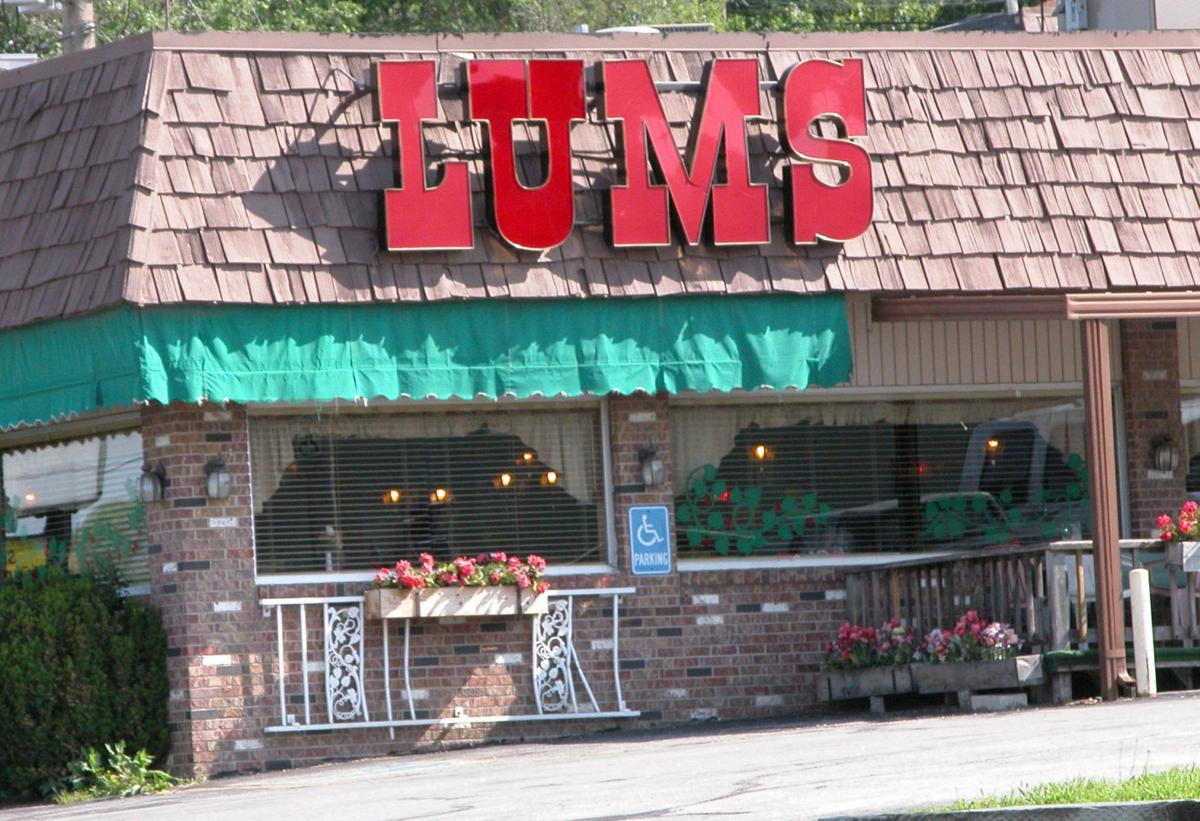 Lums Restaurant at 511 Fort Crook Road in Bellevue is seen in May 2003.

The last location of Lums Restaurant — the Bellevue diner once part of a prominent national chain of restaurants — has served its final blue plate special.

It closed Sunday, after 49 years in business at 511 Fort Crook Road North.

On Tuesday, a sign on the door read “Lums Restaurant closed for good. Thank you for your business in the past.”

John Stevens purchased the Bellevue building and plans to move his Chinese restaurant, Golden Bowl, into the space by Aug. 1. Golden Bowl, which opened about two years ago next door to Lums, will remodel the diner and close its existing location at 513 Fort Crook Road North. The new spot has a larger dining room and kitchen than his existing restaurant.

“We’ve had people mad at us, thinking we bought them out and closed them,” Stevens said. “But they have been for sale since we have been here.”

At its height, Lums, a Florida-based chain, had about 400 restaurants nationwide.

In the 1960s and ’70s, Lums was known for two dishes: a hot dog cooked in beer and a seasoned burger called the Ollieburger. More recently, the Bellevue location served lots of egg dishes and hot coffee in the morning, and in the evening specialties like chopped buffalo steak and hand-breaded pork tenderloin.

Mary Tyner started going to Lums as a college student in the 1970s. After college, she moved to Missouri but stopped in when she visited family in Nebraska.

When she moved back to the area, she said, she took her two sons to the restaurant about once a week. Former owner Carole Thrasher let the boys draw their own menus and laminated them. Then, every time the family came in, she’d bring out the special menus.

“They really made it personal,” Tyner said. “They did their best to reach out and make their customers feel appreciated.”

More recently, Tyner would take her mom to Lums, where both generations could find a dish they liked.

“They had liver and onions, or you could get a steak, or a salad bar, or a Reuben,” she said.

Stuart and Clifford Perlman started the restaurant in Miami Beach in 1956, when they purchased Lums hot dog stand. They had opened four locations by 1961.

The brothers aggressively expanded the restaurant as a franchise, and its signature menu item was a hot dog steamed in beer. In 1969, it became a publicly traded company, and the same year the brothers purchased Caesars Palace in Las Vegas for $60 million.

The Perlmans sold the company in 1971 to John Y. Brown, the chairman of Kentucky Fried Chicken. He introduced its other famous menu item, the Ollieburger, a recipe that Brown bought for $1 million. Comedian Milton Berle became the company’s spokesman in the 1970s.

A Swiss holding company bought the restaurant in 1978 but went bankrupt in 1982. The original Lums location closed in 1983, and the one in Bellevue, open until last Sunday, was the final location.

Dining review: Oma's Deli in the Old Market is a hidden gem filling a gap for lunch customers

Solid lunch spots that aren’t fast food or fine dining are tough to come by in the Old Market. Oma’s meets that need with coffee, sweets and really good sandwiches, salads and soups made with fresh ingredients for a ridiculously affordable price.

'A food destination'? In Scottsbluff, the Emporium — 'an elegant little restaurant' — appeals to locals, visitors drawn by nearby landmarks

It’s just not locals who are wild about the Emporium. It’s caught the eye of tourists from across the U.S. and from as far as France and Australia who have come to western Nebraska to follow the Oregon Trail or see Chimney Rock.

Pollack sent the payment to the Lums in Bellevue because it was the only one left. It has since closed.

John Stevens has purchased the Lums building and plans to move his Chinese restaurant, Golden Bowl, into the space by Aug. 1.

Lums Restaurant at 511 Fort Crook Road in Bellevue is seen in May 2003.