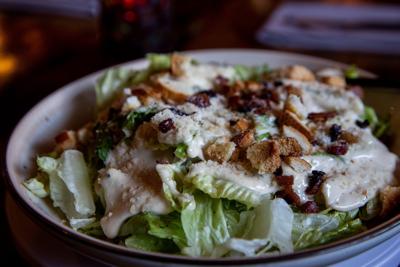 The origin of a savory entrée — Helen’s Caesar Salad at Railcar Modern American Kitchen — has all the ingredients of a sweet story: Familial love, a debilitating disease and a creative chef who was poised to make his mark on the Omaha food scene.

Chef Jared Clarke, who opened Railcar in 2012, created the salad for his aunt, Helen Kehret. She had Parkinson’s disease and needed a special diet.

“She was very supportive of Jared’s first restaurant, Railcar, before her passing,” said Christy Clarke-Vosicka, Jared’s mom and Helen’s sister.

In turn, Clarke wanted to support his aunt. She needed a balanced diet — including protein — to help her live with Parkinson’s, but chunks of chicken, beef or pork upset her stomach.

Clarke’s solution was to add an unusual ingredient to his Caesar salad: small real bacon bits, sprinkled liberally on top. That gave her the protein she needed in digestible form.

Kehret died in 2012, but the salad lives on at Railcar as a tribute. Aron Mackevicius, who has been Railcar’s executive chef for about a year, now is keeper of both the story and the salad’s integrity.

Mackevicius is a worthy successor. Helen’s Caesar Salad is still a wonder — the innovation of bacon, plus creamy homemade dressing, fresh romaine lettuce and careful, thoughtful preparation made it our favorite Caesar in the latest Omaha’s Great Grub search.

We followed up our last hunt (for the city’s best chili, featuring the blast-furnace-hot version at Nettie’s) with cooling Caesar salads from Foodies, Clever Greens, Jams, Railcar and Stokes. We ordered chicken on each, an extra, because we all wanted protein with our noon meal.

World-Herald editor Kiley Cruse and I returned from the chili search. We enlisted two newbies who love a great salad — Laura Buddenberg, executive director of Essential Pregnancy Services, an Omaha nonprofit, and Chris Nigrin, a digital producer for the World-Herald’s website, omaha.com.

We started at Foodies, 351 N. 78th St., an order-at-the-counter place with table servers. It was an auspicious beginning: The Hail Caesar salad had an amazing amount of lettuce and dressing that had bits of parmesan and cracked pepper, with a sharp, but not overwhelming, amount of garlic.

“The tomatoes had good flavor and texture, which isn’t always the case this time of year,” Kiley said.

Some of us wanted more cheese.

It was a bargain at $10.99 (they recently added a dollar to that if you get chicken.) It was a real deal when you consider that we ordered two salads for four people and were still stuffed.

We chose Jams, 7814 Dodge St., because we were intrigued that one of the ingredients was fried capers — something I’d never tried. They were briny and crunchy, and set the salad apart.

The chicken on the Jams salad may have been the best we had.

“It had a nice char to it that added extra flavor,” Chris said.

I was impressed that it was straight out of the pan. A nice touch.

A couple of us weren’t in love with the dressing, which seemed more oil-based than creamy.

“The chicken was terrific, but I thought the dressing had too much oil,” Laura said.

The garlic parmesan croutons were a hit, as was the grana padano cheese. The price was steep: $15 for a full salad with an additional $8 for the chicken.

Stokes, 13615 California St., is known for its New Mexican dishes, so the southwestern touches on its Caesar made sense. Instead of parmesan, it had Cojita cheese. It also had diced tomatoes and roasted corn.

We all agreed the dressing was good and the croutons were flavorful, though Kiley said some of hers had a burnt taste. The lightly applied dressing was a winner, with “an additional spice that lingered on the tongue,” she said.

I was a fan of the corn bits — something that, for me, elevated the salad from ordinary to extraordinary. I would have enjoyed twice as many bits as I had. I also thought the cooks skimped on the cheese.

The chicken was warm and had a subtle southwestern spice. I loved the fact that the people at Stokes so successfully adapted this salad to the genre of the restaurant.

It was one of the more expensive salads we had — $13, with a $7 upcharge for chicken, salmon or shrimp.

Clever Greens is in a bay at Flagship Commons in Westroads Mall near 102nd Street and West Dodge Road. You can eat your food in the common dining area or take it home. We all ate its salad at separate times because one of us was quarantined for a while.

This is clearly a fast-food Caesar, but it’s not easily dismissed.

You can make it healthy by substituting kale for half of the lettuce. The dressing had a lot of the right notes — lemon, garlic — and you could get as much or as little as you like for no additional charge. And, in my opinion, the buttery croutons were the best of any salad I tried.

But, like some of the others, it was cheese-deprived. (Are you sensing a theme here?) And the chicken, which was billed as grilled, was refrigerator-cold, though it was tasty. The salad was the least expensive, however, at $8.50 for a large bowl.

That brings us back to Railcar, which really had it all: A creamy homemade dressing that’s spooned on top — not mixed in — allowing diners to decide how much or how little to use. Croutons that Mackevicius makes by crumbling buttery dried Rotella baguettes. The bacon, which puts it over the top.

And the heartwarming back story. I knew nothing about it when we were on the search, so it didn't affect my opinion of the food. For me, it was a moving example of the deep connections food makes in families. Who doesn’t remember favorite meals or dishes lovingly prepared by mom, dad or the family’s star cook, whoever that might be.

Mackevicius knows a little about families and cooking. He’s part of the clan that operates Omaha’s Lithuanian Bakery, known for its amazing pastry tarts (now on the Railcar dessert menu, by the way.)

He said he got his cooking chops making bread and tortes at the bakery and apprenticed alongside a chef at Dana College. He had 25 years of experience, including time at Twisted Fork and 7M Grill, before landing at Railcar.

At his new gig, along with learning how to make the salad, Mackevicius learned about Aunt Helen.

He said he found the story touching, and that it reminded him of people who have supported him, including some who have died.

“She was an amazing woman, a mentor, the person who supported (Clarke’s) culinary side,” Mackevicius said Clarke told him. “When she got sick, he tried to do everything he could to help put her at ease.”

Clarke now owns and oversees two other restaurants in addition to Railcar: Timber Wood-Fired Grill in Countryside Village at 87th and Pacific Streets and Pasta Amore in Rockbrook Village near 108th Street and West Center Road.

Like most new executive chefs, Mackevicius said he’s added menu items and tweaked existing dishes to give them his own spin. His Caesar salad dressing, for instance, is made with Worcestershire sauce rather than emulsified anchovies.

Whatever the ingredients, it’s exceedingly craveable. Our team agreed we’d be back for Helen’s Caesar Salad, and that we would gladly eat the others again as well. Each has something distinct that merits a second — or third — try.

Now, in honor of Mardi Gras season, we’re moving on to bread pudding. If you have a favorite to suggest, email me at freeman@owh.com.

Second Brownie Bar site being remodeled, should be open by mid-February

The owners of Brownie Bar have their sights set on Valentine's Day.

A tequila tasting, home-meal kits and fancy dinners are among the offerings for sweethearts this year.

Mick Jagger has admitted that he misses working with Charlie Watts

Tan France reveals he gets parenting tips from Gigi Hadid

Tan France reveals he gets parenting tips from Gigi Hadid 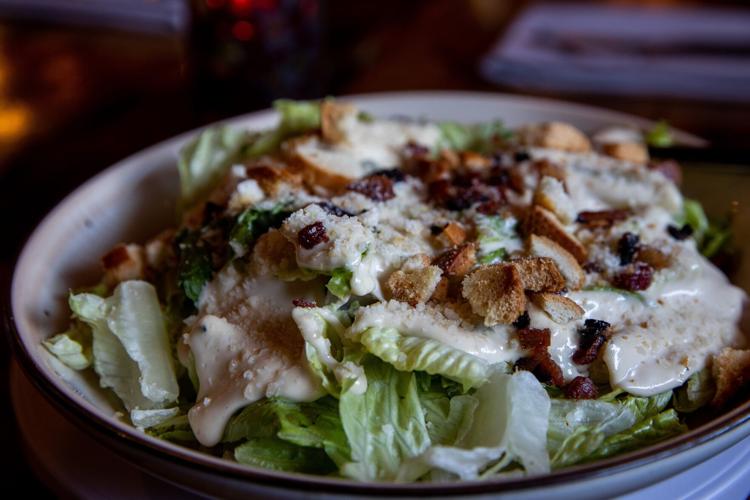 Helen's Caesar Salad, with a house-made dressing and bacon, at Railcar Modern American Kitchen in Omaha. It was the favorite of our dining team for our latest Omaha's Great Grub feature. 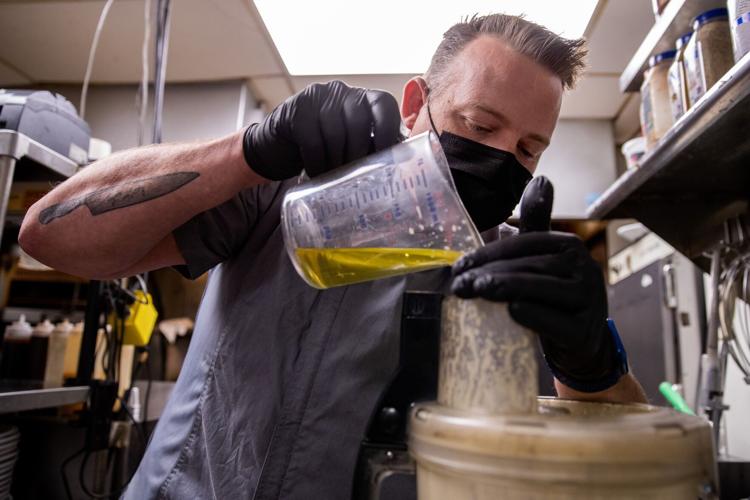 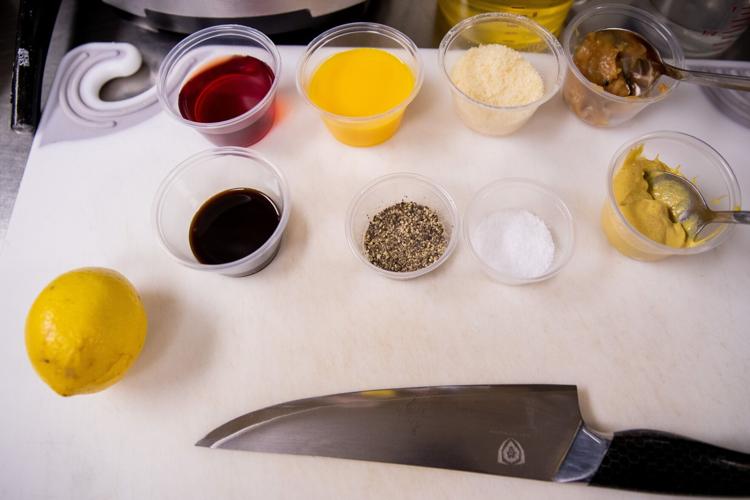 The 'mise en place' of ingredients for the dressing for Helen's Caesar Salad served at Railcar Modern American Kitchen in Omaha. 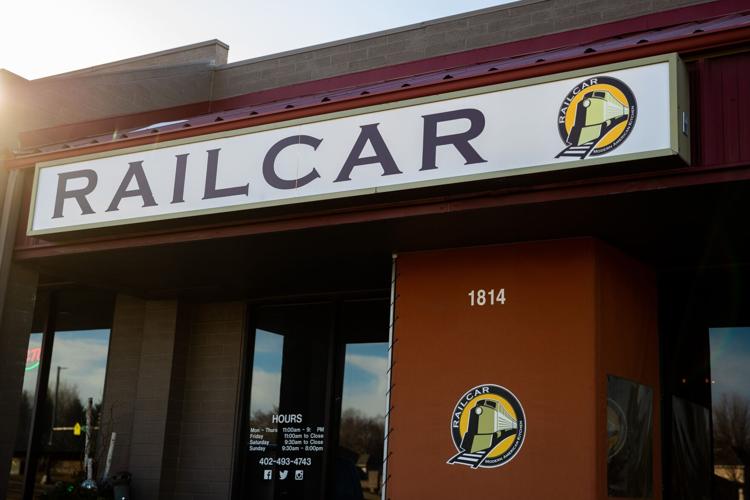 Railcar Modern American Kitchen in Omaha, home of Helen's Caesar Salad. A team of World-Herald diners decided it was their favorite Caesar in the latest search for Omaha's Great Grub.