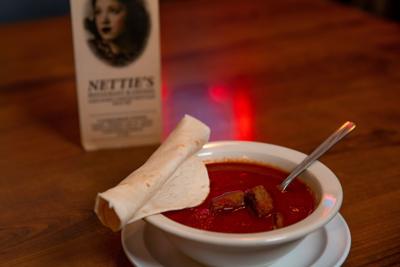 Every Saturday, John Reuhter and his family meet at 11:30 a.m. for lunch at Nettie’s Fine Mexican Food.

And each time, he orders Nettie’s chili, which has a heat level somewhere between a bonfire and nuclear apocalypse, depending on the day and the diner’s taste buds.

“Either you like it or you don’t,” Ruether said. “It takes a little bit of getting used to.”

His wife, Marcella, never orders it. It’s just too spicy for her. His son, Kyle, orders a dipper full of it over his entrée. His other son, David, prefers chopped jalapeños with his meal.

Reuhter used to take members of his sales teams to Nettie’s for the chili. "It never failed to change their business luck,” he said. But most of them weren’t up for the heat.

“They started sweating off the brow, and sweat was dripping off their earlobes and nose,” he joked.

Perhaps as much as anything, this illustrates the polarizing nature of chili, described as “America’s most contentious stew” at seriouseats.com.

Chili purists and innovators debate everything from the consistency — thick like porridge or thin like soup — to ingredients — what kind of meat, if any; beans or not; use of tomatoes and other veggies. Even toppings and sides are divisive: saltines, oyster crackers or corn chips; cheese vs. no cheese; sour cream or not; cornbread vs. cinnamon rolls.

We took all that into account when we formed a team to search for Omaha’s great chili following our successful Omaha's Great Grub breakfast burrito hunt.

Members included my World-Herald co-workers Kiley Cruse and Charlotte Higgins, who also rated burritos, and a newbie, World-Herald retiree Roger Buddenberg, who’s been known to innovate when he makes chili at home.

We knew we may not have a consensus, though we seemed to be fairly in sync. We also figured we would get blowback from chili connoisseurs (and people who like to debate).

But never in all our preparation did we imagine the exquisite pain we would feel at Nettie’s.

I am not exaggerating when I say Nettie’s chili is the hottest thing I’ve ever eaten, including plenty of intensely spiced Mexican and Cajun dishes.

And I’m no wimp — I was the only team member who finished that cup of chili at the 34-year-old Nettie’s, an out-of-the-way, yet uber-popular spot on the outskirts of Bellevue where 24th Street meets Railroad Avenue.

I brought a bowl home to my husband, who once ate an entire habanero pepper by mistake (that’s a story for another time). He also said he’s never eaten anything spicier.

The restaurant was packed at lunch when we visited. The waiter seemed a little baffled when we ordered four small cups of chili, but he was game and attentive.

Three fresh flour tortillas came with each order. We would need them.

The chili is unlike the variety most people make at home. It’s just broth and tender pork chunks without any beans or chunky vegetables. We all ate a spoonful, and then gazed, wide-eyed and shocked, around the table. We literally couldn’t believe what we’d just eaten.

“Fire-breathing-dragon hot,” Kiley said, when she was able to talk.

My slurp was much smaller after that. We learned to dip the tortillas in the mix to cut into the heat. And we all agreed that the pieces of pork were perfectly cooked and incredible, even if eating them was difficult.

The heat prevented anyone from saying it was the best chili they’d tried so far (Nettie’s was our third stop). But we couldn’t deny its virtues, especially for people who live for outrageous spice. We did balk a little at the price, $7.25 for a cup.

“If I weren’t such a wimp, I would have ranked this one higher for the pork and flavor,” Charlotte said.

“Hands down, the best meat of any we tasted,” Kiley said.

Co-owner Kathy Boyles, daughter of the restaurant’s founder, said her sister, Susie Sader, makes the chili fresh each day using a blueprint from their mom, Nettie Escamilla-Vela, who opened the eatery in 1987.

“This is the only way we’ve ever had it,” Boyles said. “If you put beans and hamburger in it, to me it’s American chili.”

They make it hot with chile de árbol, described on Wikipedia as “a small and potent Mexican chile pepper that’s also known as bird’s beak chile and rat’s tail chile.” The peppers start out green and turn bright red (and presumably hotter) as they mature.

The heat in Nettie’s chili varies depending on the peppers. Lately, Boyles said, it has been running hot.

Sader gets the peppers directly from Mexico. She comes in at about 5 a.m. each day, makes chili and the day’s other food and then leaves about the time the restaurant opens at 11 a.m.

She doesn’t make the tortillas in house, but she’s particular about what she buys. They’re never frozen, Boyles said.

The chili really shines when it’s used as a gravy (or at least a drizzle) on enchiladas and other Nettie’s entrées, says Boyles, her employees and regular customer Reuhter.

A traditional Mexican dinner would be rice, beans and chili wrapped in a flour tortilla, Boyles said. She has worked at the restaurant since before it opened at its current location in 1987.

We also found some great chili (Boyles would call it "American-style") at our other stops. We began at Jerico’s, an old-school steakhouse near 120th Street and West Dodge Road.

The chili there is made with prime rib and two kinds of beans that I thought were cooked to perfection — soft but firm, not mushy. It was the thickest we tried.

“It was a meaty, meaty chili” with an excellent spice balance, Roger said.

Kiley said it was unlike any chili she’d had before.

We all were impressed that a chili with prime rib was the cheapest we tried at $3 a cup, even less than at Runza, which was our next stop.

Runza’s chili was better than I remembered from my one try several years ago. I liked the amount of hamburger per cup — it definitely held its own with the beans. Charlotte was also surprised she liked it as much as she did, though she thought the beans were too plentiful.

It was a good value at $3.36 — “cheap, fast and reliable, with visible tomato, pepper and onion bits,” Roger said.

We agreed that it’s more than adequate, especially if you’re in a hurry. We also concurred that it was a little on the salty side, and it didn’t emerge as anyone’s favorite.

For me, the cinnamon roll option makes it a speedy, viable meal when I don’t want to cook. It was the only restaurant we visited which offered that uniquely Midwestern combo; we tried to eat at Best Burger in North Omaha, which also has it, but it was closed for the day for a catering job.

The chili was similar at the final two places, Tish’s, across the river, and the downtown location of Omaha Tap House at 14th and Farnam Streets.

It had a good balance of tomatoes, hamburger and beans, plus jalapeño slices, which were a nice touch, Kiley said.

The restaurant, at 1207 S. 35th St. in Council Bluffs, was our fourth stop and the first place that offered the option of a raw onion and shredded cheese topping. We all appreciated that, especially Roger, who would have given it bonus points if we were using such an organized system.

"I appreciated the ‘homey’ feel of this chili,” Charlotte said. “It wasn’t as spicy as I would prefer, but I did feel like it’s something I could eat on a cold day.”

It also was the largest portion of any we received, making it a good value at $5.

Tap House, our final stop, also offers cheese-topped chili. It was delicious and stood out, at least to me, with a flavor I couldn’t identify. Something that added a little sweetness, perhaps? That was one of my mom’s secrets.

It had an excellent balance of beans and burger, and a couple of us thought there might be celery among the tomato and onion.

“I loved this chili,” Charlotte said. “It was my favorite.”

Both Roger and I had it in a tie for favorite with Tish’s. Kiley was a fan, too, though if forced, she said, she would pick Jerico’s as No.1 “because it was the one I most wanted to go back and try again.”

We had one quibble with Tap House: The spice level of the chili was great, but the temperature was tepid. It needs to be served piping hot to do its job on a cold day.

Bottom line: We would return to each of the places we visited, because each chili has something the others don’t.

As for Reuhter, he’ll keep going back to Nettie’s. Boyles said many other customers also visit regularly for a bowl of fire.

“Some people come in just for chili,” she said.

The restaurant built its popularity partly on the chili, though its other food has a following as well. The chili has always been extremely spicy, Boyles said, and she’s not inclined to mess with success.

Five chilis to try in Omaha

Tim Roth says he never expected to return to Marvel

Tim Roth says he never expected to return to Marvel

At recently opened store, you can get a cup of joe with your eggs.

The restaurant, now having soft opening sessions, serves Indian food. It also has a whiskey room and event space, a chef’s table and a wine bar.

Some Omaha restaurants open on Christmas and Christmas Eve

The list includes fine dining, sports bars and everything in-between.

The popular Omaha vegan restaurant is halting dine-in service because of inadequate COVID-19 tests. It remains open for pick-up and delivery orders.

Helen's Caesar Salad at Railcar Modern American Kitchen has a house-made dressing that hits all the right notes. Owner Jared Clarke created the salad for his ailing Aunt Helen. 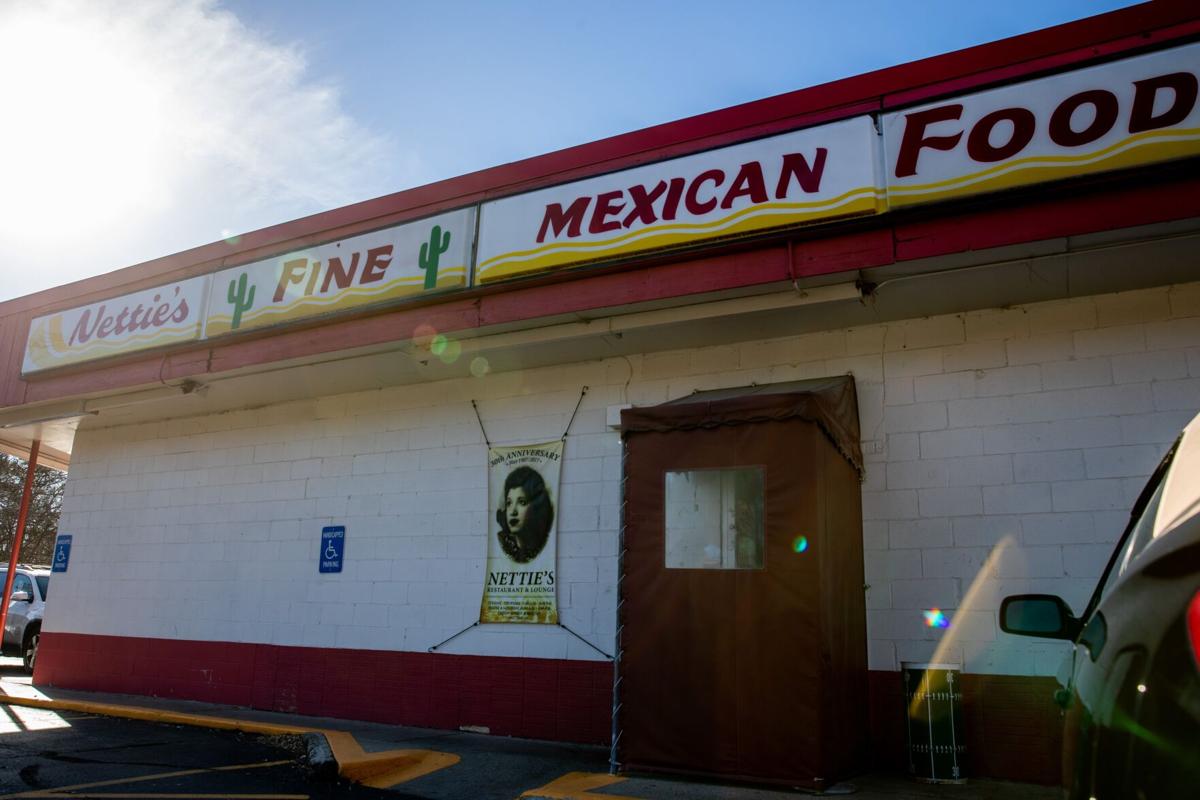 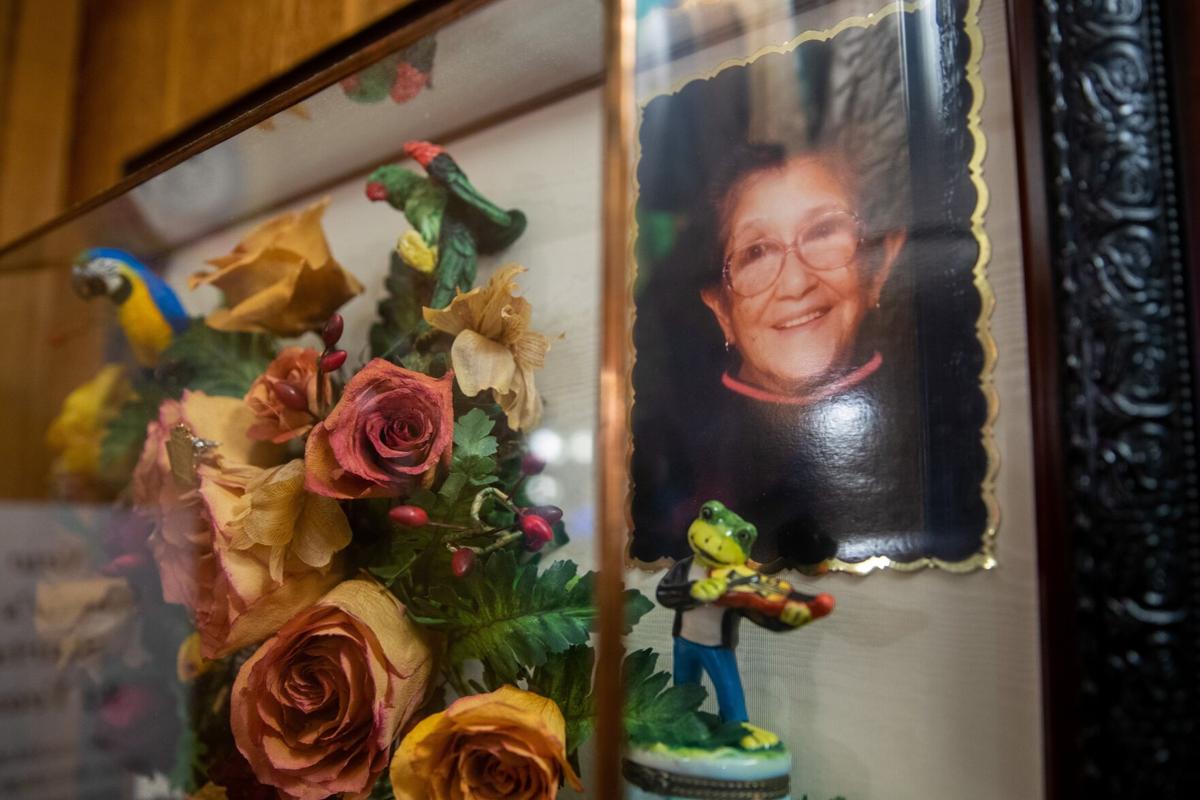 A photo of the late Nettie and a flower bouquet are framed at Nettie's Fine Mexican Food in Bellevue. 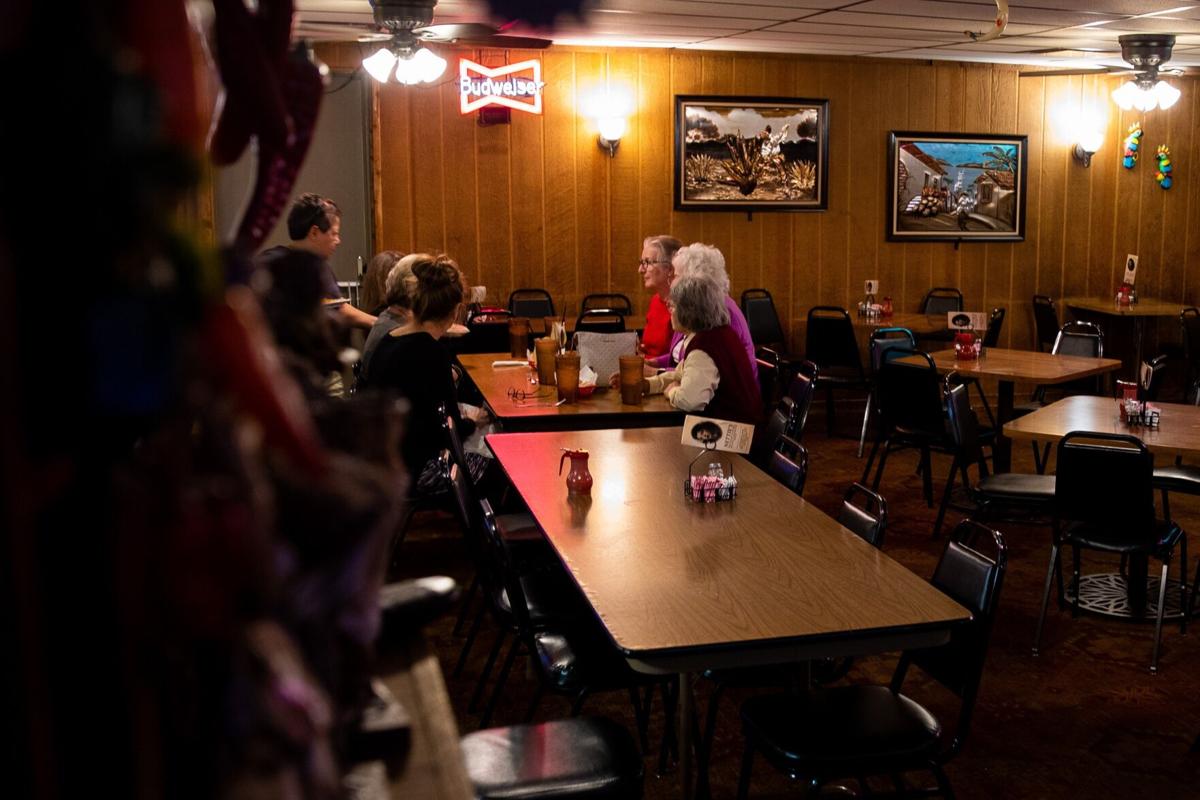 Kathy Boyles, a co-owner and daughter of the late Nettie, serves a table of women for lunch at Nettie's Fine Mexican Food in Bellevue on Thursday, December 2, 2021. 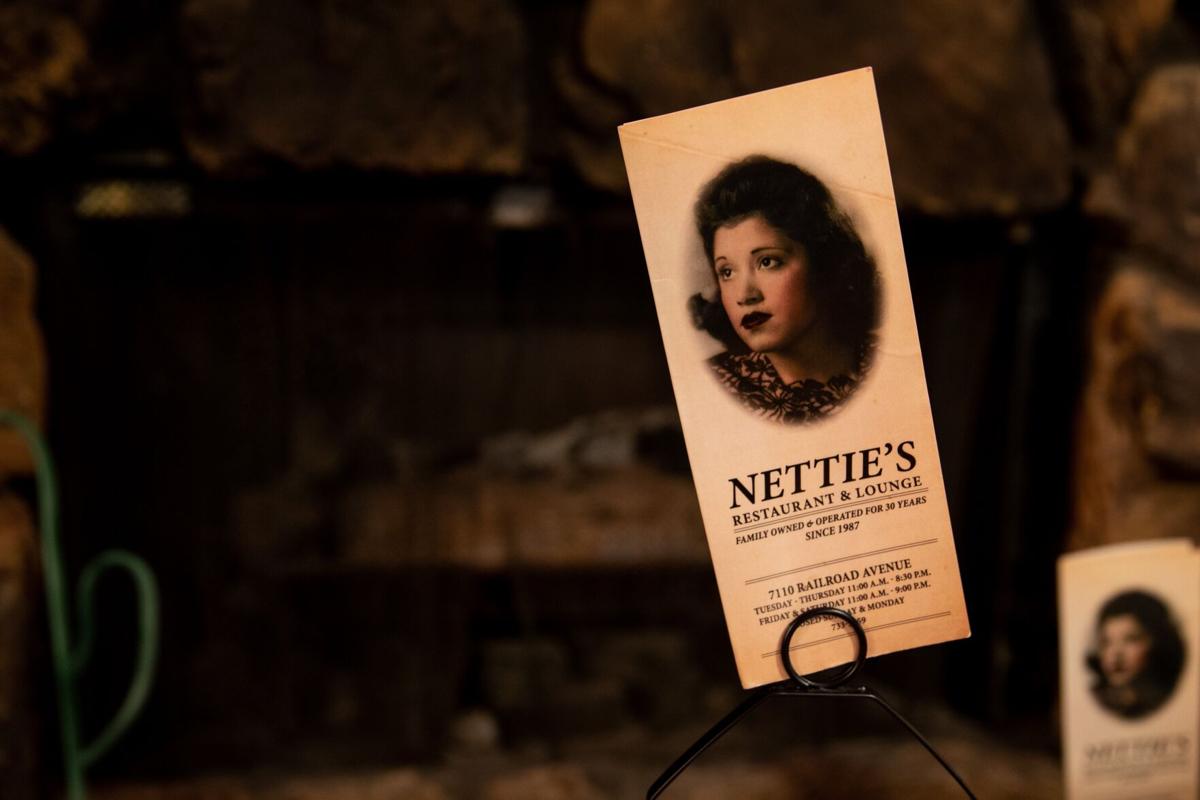 A photo of the late Nettie is on every table at Nettie's Fine Mexican Food in Bellevue. 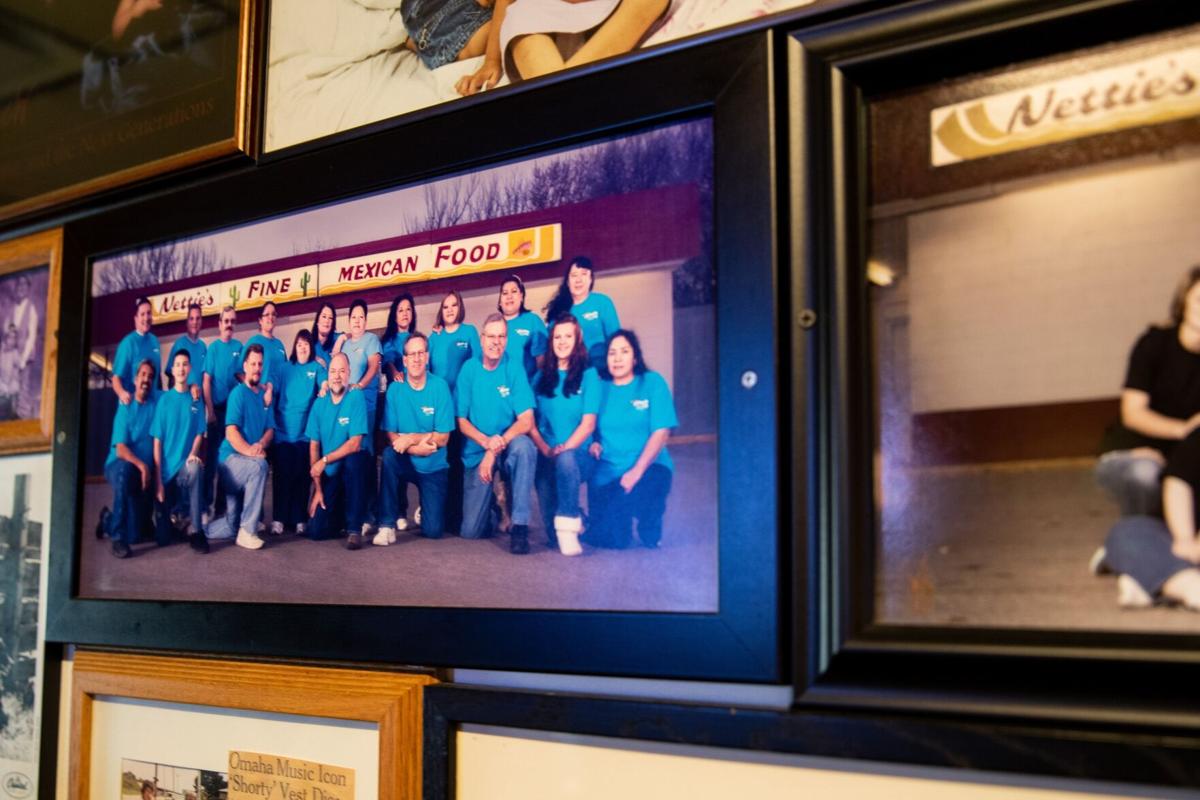 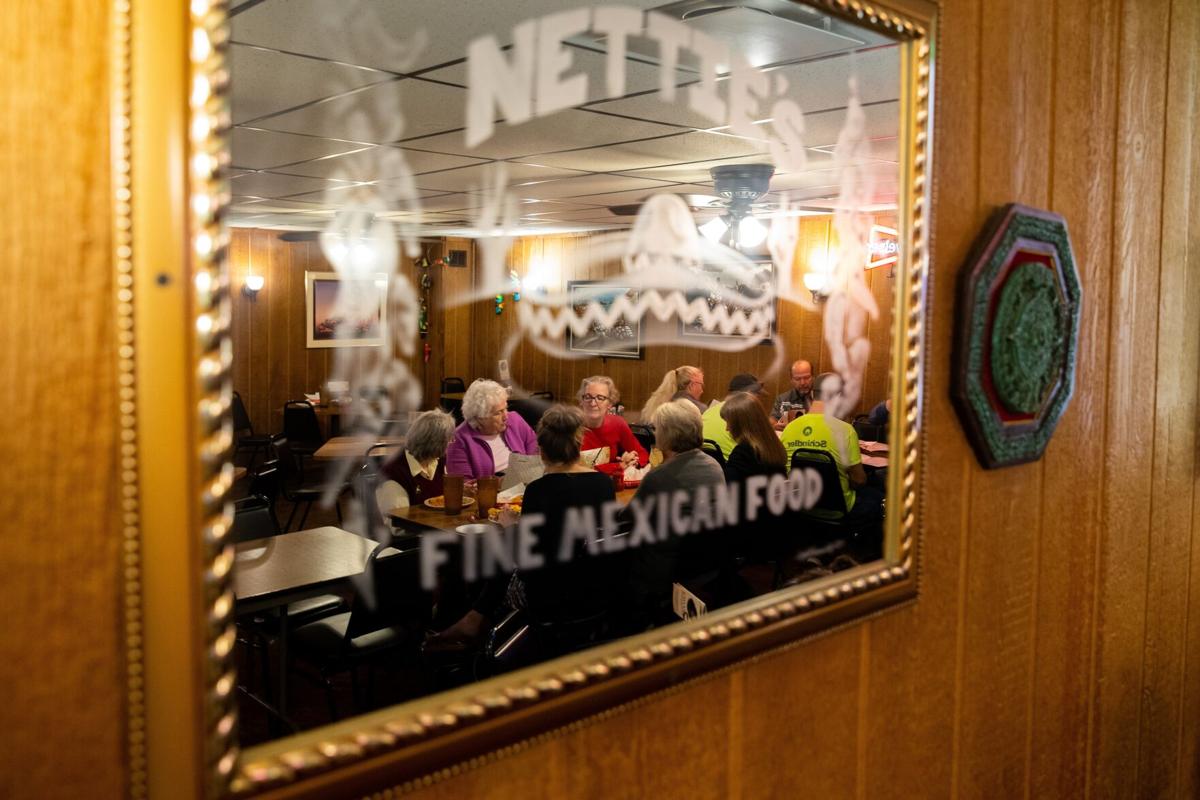 People have lunch at Nettie's Fine Mexican Food in Bellevue on Thursday, December 2, 2021. 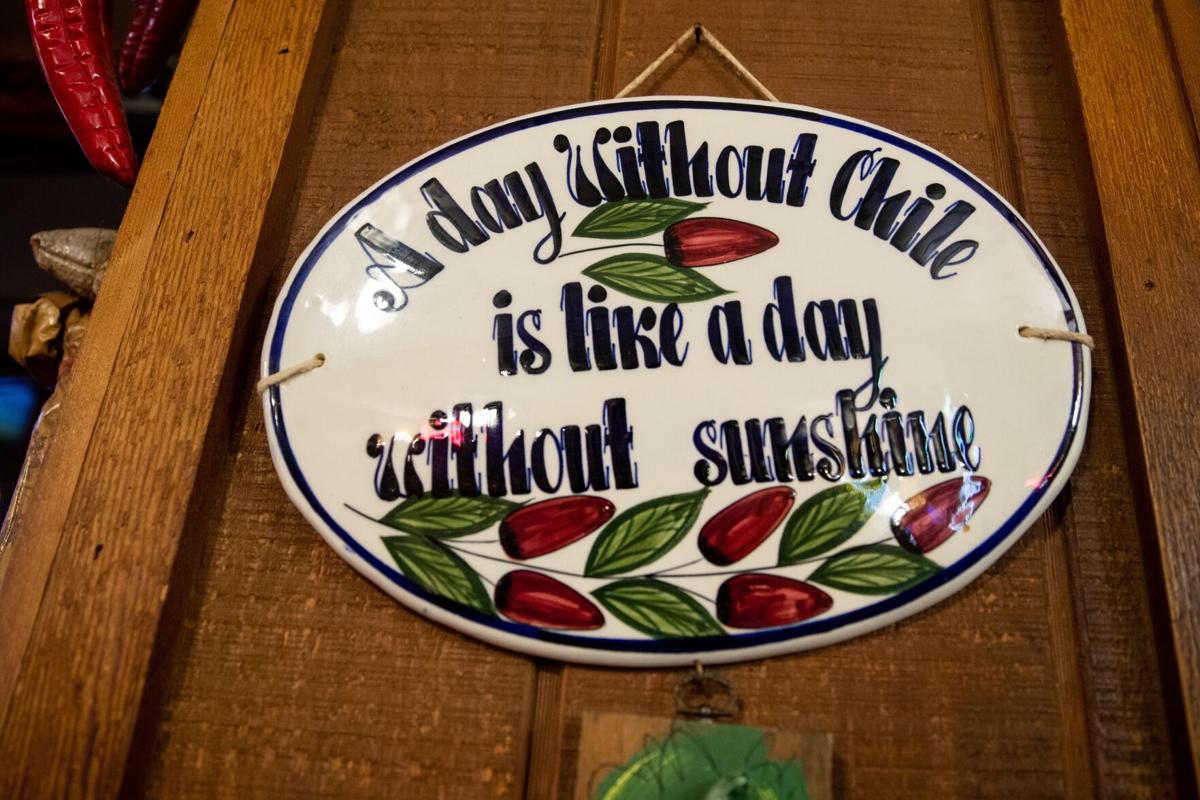 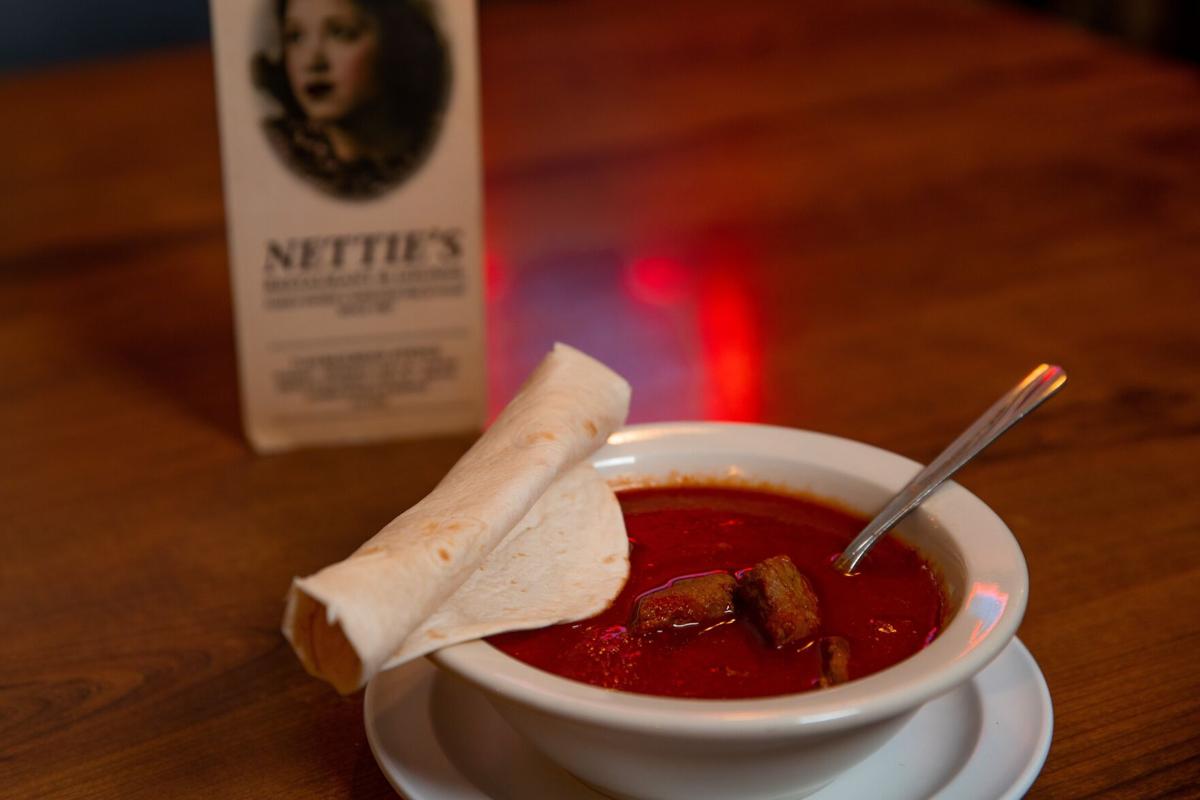 The chili con carne with tortillas on the side at Nettie's Fine Mexican Food in Bellevue.