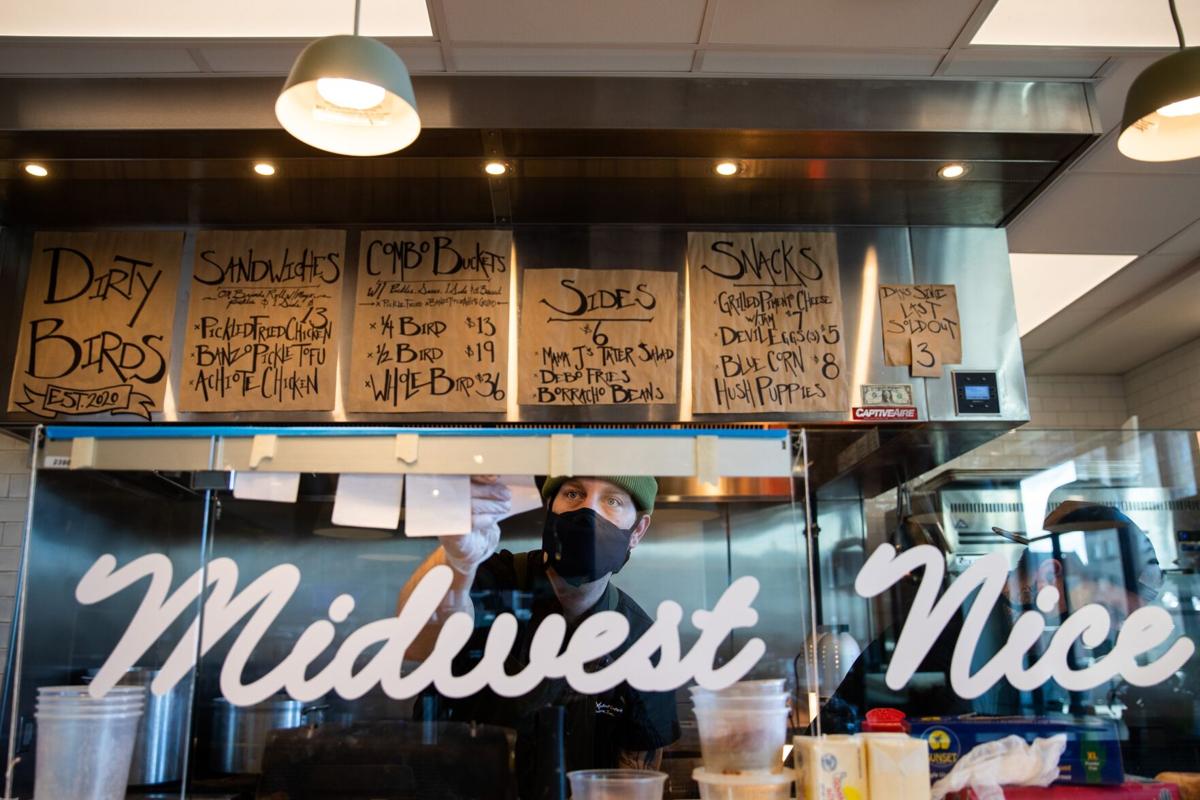 Dirty Birds’ super-spicy, Nashville-style chicken has been a top seller at The Switch Beer and Food Hall since the restaurant opened earlier this year. At top left, Nick Bartholomew has “great energy” and delivers an idea a minute — which business partner Jay Lund says are hallmarks of a “true entrepreneur.” The Bubbly Tart, top right, is now at the former location of Farine + Four. 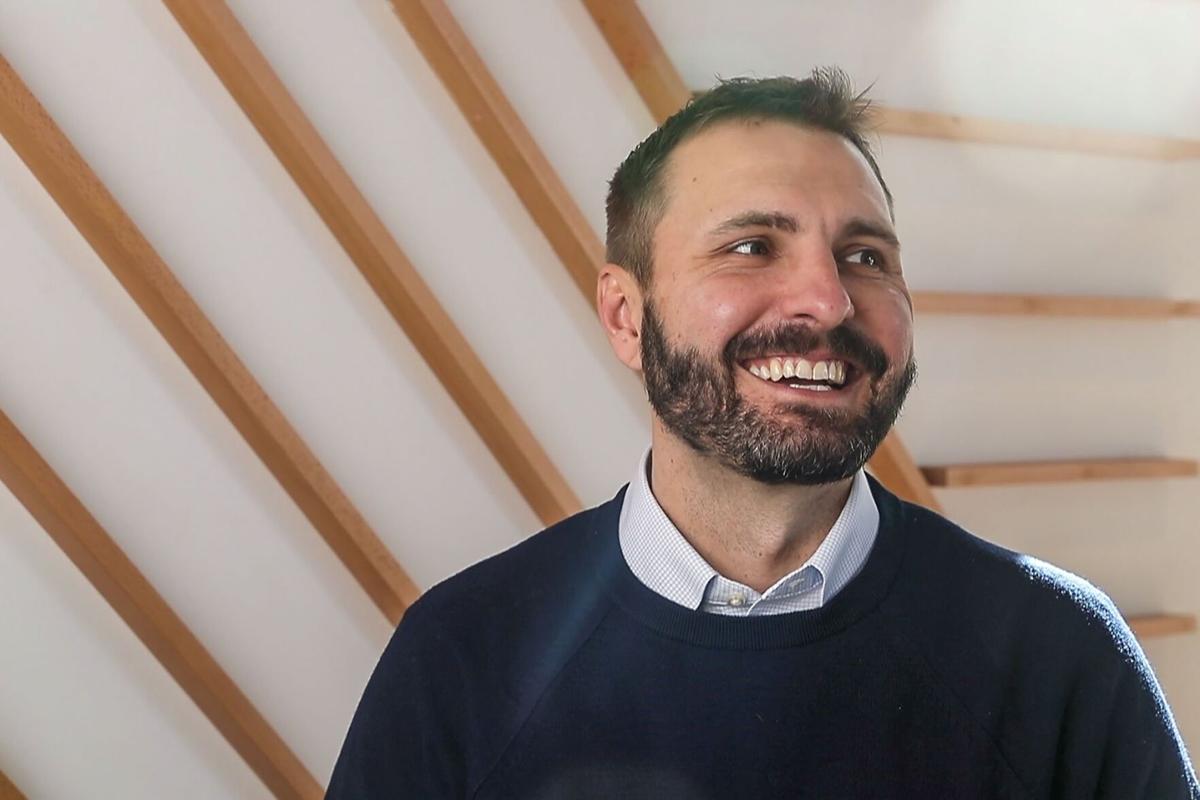 Nick Bartholomew has “great energy” and delivers an idea a minute — which business partner Jay Lund says are hallmarks of a “true entrepreneur.” 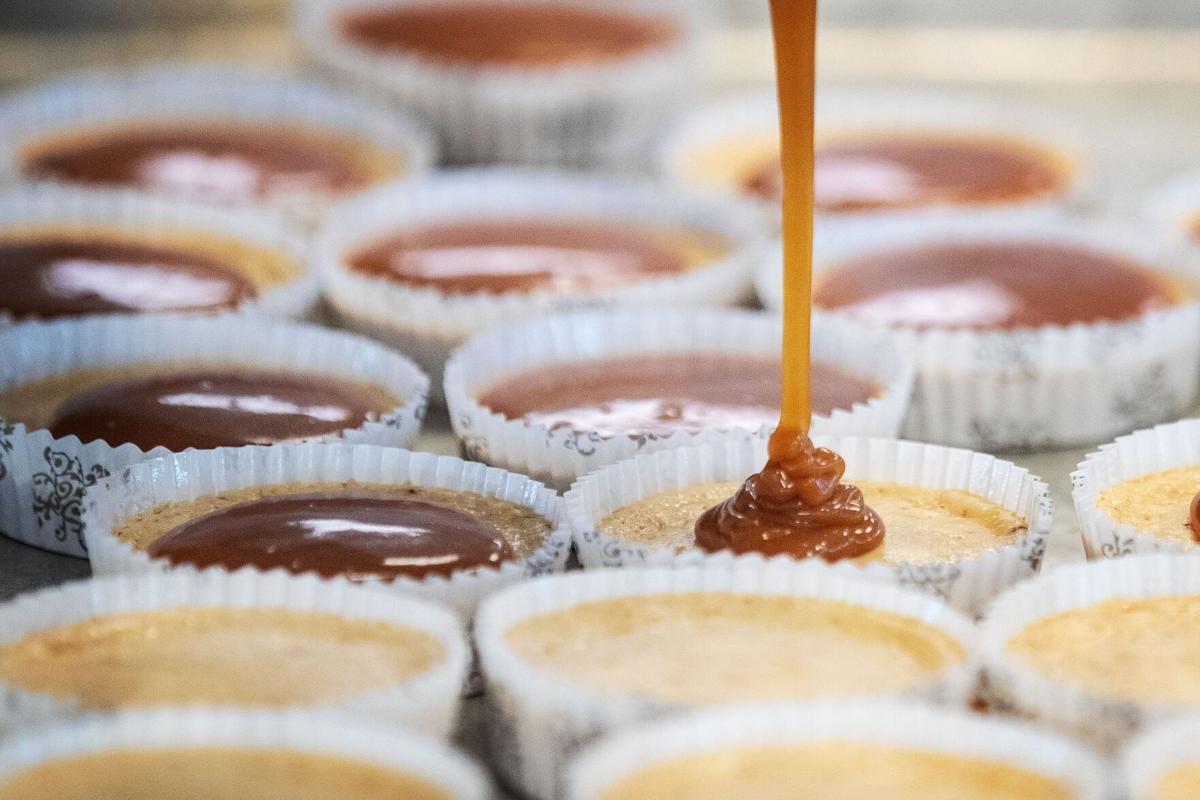 The Bubbly Tart was at The Switch for only a few months before owner Chelsie Schroeder moved the bakery into the former location of Farine + Four near 30th and Leavenworth Streets.

Omahan Philip Schaffart and his partners were responsible for three of them: the second location of The Blackstone Meatball near 181st and Chicago Streets, plus Cheeseburgers: A Takeout Joint and Little Ricky’s Rooftop Bar in the Blackstone District.

Schaffart said his group took the leap primarily because they had signed leases before the pandemic started.

“To be honest, we tried to stop (the projects) because it was so scary,” he said. “We had no choice but to move forward.”

That’s not the case with the four projects his group is working on for 2021. Like several other Omaha restaurant entrepreneurs, he has been busy during the pandemic and is optimistic that he will be even busier once COVID is contained.

This year, he plans to open a bar and grill near 108th and Pacific Streets in the former Shaker Place. It will have a large outdoor patio, pickleball courts and, inside, spaces for two independent food stalls that will house a second Cheeseburgers and a pizza place.

He’s also close to signing a lease for another Cheeseburgers in southwest Omaha and is scouting a fourth location in Papillion or La Vista. And he plans to open a bar near 39th and Farnam Streets next to Blackstone Social.

Nebraska restaurant revenues still are down about 30% from last year, said Zoe Olson, executive director of the Nebraska Restaurant Association.

But, like Schaffart and his counterparts, she is bullish about the future.

Omahan Nick Bartholomew, who owns Over Easy restaurant and has several other projects going, is especially buoyant.

“Right after the Spanish flu came the Roaring ’20s,” he said. “The reason it happened is because people were tired of being locked up. It will be a thing of beauty.”

A November survey by the National Restaurant Association indicates that about 85% of state restaurant operators surveyed said they expected their sales to drop over the next three months, and no respondents thought sales would improve.

Part of that is due to what happens every year, pandemic or not.

“Things still aren’t good, but we didn’t expect it to pick up until spring,” Olson said. “Winter is not a good time for restaurants, historically.”

But Olson said she is encouraged by a recent uptick of calls from people who are seeking space or have other questions about opening eateries.

“I know of one owner in central Nebraska who is opening two new restaurants,” she said.

She also said vaccine distribution is improving the industry outlook. The shots will protect staff and customers and give consumers the confidence to return to restaurants.

“I haven’t talked to a restaurant owner yet who said, ‘I’m not going to get that vaccine,’” she said. “All say, ‘When can I get the vaccine?’”

Renewal of the Paycheck Protection Program also is a positive development, especially since the National Restaurant Association convinced the government to remove the provision that prevented businesses who got the loans from deducting expenses on tax returns.

For Schaffart, the new PPP is a bright spot amid a long and challenging journey.

The first loan, he said, was a huge lifeline.

“Another one will help us get to the finish line. Our restaurants will make it,” he added.

And, he said, there have been other bright spots: understanding and helpful landlords, particularly at the west location of The Blackstone Meatball, which had its opening delayed because the pandemic hurt the supply chain for building materials; and unexpectedly robust crowds at that restaurant once it opened in November.

“We are feeling grateful,” he said.

Colin Duggan of Kitchen Table reports that, so far, January sales have been bleak.

The restaurant he operates with his wife, Jessica, is still open for takeout only, but people aren’t venturing out because of cold weather and the lunch crowd still is sparse because workers aren’t in nearby offices downtown.

Despite that, he has a positive outlook. He continues to offer products through an online general store and is coming up with new family offerings such as Aksarbens (similar to Runzas), vegetarian curry and cassoulet with ham and chicken confit. He also is considering opening the dining room next month.

“At this point, we’ve hung on so long that it seems silly not to push through, now that there’s some light at the end of the tunnel,” Duggan said.

Other entrepreneurs also have been powering through the pandemic, and their stories will be featured in The World-Herald through Tuesday.

Read more about the local restaurant scene's response to the pandemic.

Today: Nick Bartholomew, who owns Over Easy in west Omaha and the Dandelion Pop-Up downtown, and recently joined The Switch Beer and Food Hall as its operational partner. With owner Jay Lund, he plans a number of changes in the coming weeks. He also is opening a new restaurant in a downtown hotel.

Monday: Dan Whalen and Moses Moseley, who recently opened Dirty Birds fried chicken in The Switch and report phenomenal sales. They have generated a lot of social media buzz.

Tuesday: Kris Copp, who moved here to open Copps Pizza in 2019, launched a second store in Papillion in 2020 and now is looking at possible locations in northwest Omaha for a third shop; and Chelsie Schroeder, who started The Bubbly Tart at the Kitchen Council incubator in Council Bluffs in 2019, moved to The Switch for a short time last year and now is open in the expansive space that used to be Farine + Four.

Restaurants and bars that opened in 2020

The Committee Chophouse in Blackstone

Edge of the Universe

The Switch Beer and Food Hall

Mouth of the South

Omaha LoCo food delivery began with a slow rollout this week and expects to sign up more eateries in the coming days.

Dirty Birds’ super-spicy, Nashville-style chicken has been a top seller at The Switch Beer and Food Hall since the restaurant opened earlier this year. At top left, Nick Bartholomew has “great energy” and delivers an idea a minute — which business partner Jay Lund says are hallmarks of a “true entrepreneur.” The Bubbly Tart, top right, is now at the former location of Farine + Four.

Nick Bartholomew has “great energy” and delivers an idea a minute — which business partner Jay Lund says are hallmarks of a “true entrepreneur.”

The Bubbly Tart was at The Switch for only a few months before owner Chelsie Schroeder moved the bakery into the former location of Farine + Four near 30th and Leavenworth Streets.