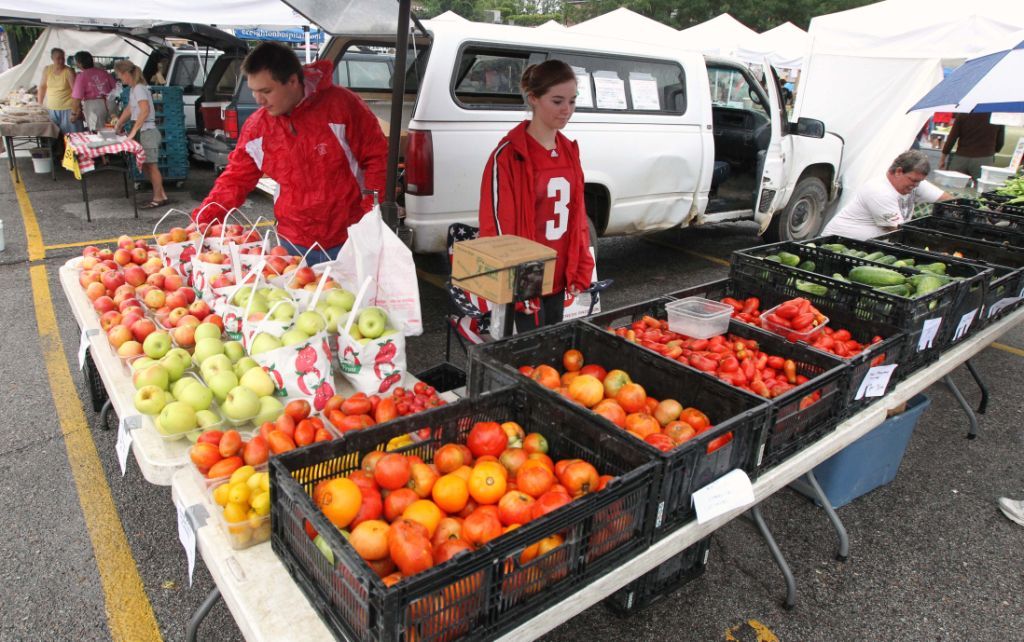 Steven Parks and Stephanie Olson man their stand at the Farmers Market in the Old Market in 2011. 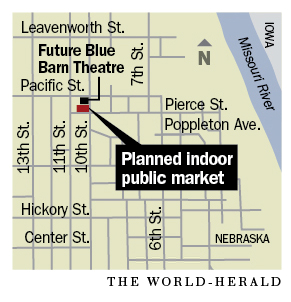 The public market renaissance — 19th-century-style trading posts of fresh foods and artisanal creations — could be coming to Omaha.

Vic Gutman, who organizes farmers markets in the Old Market and at Aksarben Village, has signed a purchase agreement to buy a 107-year-old building near 10th and Pierce Streets. He intends to renovate it into a permanent, year-round marketplace with as many as 30 permanent merchants and vendors.

While the market could offer produce, too, Gutman expects the permanent vendors to specialize in other foods. He envisions meat vendors, bakers and cheese sellers from Nebraska and Iowa, as well as products from regional vineyards and breweries. Additional vendors will offer prepared foods, giving customers the option to eat at the market.

In addition to the permanent stalls, the market will offer smaller temporary and seasonal spaces. He expects the venue to be open four or five days a week.

Gutman stressed that the planning process has only begun. The market will take three to four years to open and could require as much as $5 million in funding.

“All of this is at the very earliest stages in looking at possibilities,” he said.

His plan is to renovate the Postal Annex Building, which is next to the new site of the Blue Barn Theatre, which broke ground Monday. The privately owned facility is leased to the U.S. Postal Service, which Gutman said has an option to renew for one additional year this fall.

Gutman said planners would need that much time to determine the right direction and design for the space. The market will take up about 35,000 square feet, leaving an additional 32,000 square feet for later development.

The building will be purchased by Friends of the Farmers Market, the nonprofit behind the downtown and Aksarben Village events. However, a separate 501(c)3 entity will be created to manage the new venture and raise funds for its build-out.

Significant changes to the structure will be needed to accommodate the marketplace, but Gutman said it would not take a complete makeover.

“We want to keep the integrity and the atmosphere of this historic building,” he said. “We’re not going to be spending tons of money to make it look like a Whole Foods.”

Seattle’s Pike Place Market is perhaps the most famous public market in the country. Other examples include Detroit’s Eastern Market, Cleveland’s West Side Market and the Milwaukee Public Market, which opened in 2005.

Jessica Duggan, who owns the downtown restaurant Kitchen Table with her husband, Colin, welcomed news of a possible public market. The couple previously lived in San Francisco and frequented that city’s year-round market.

“One of our main concerns trying to source locally in Omaha is what can we do year-round,” she said. “This would provide us a huge opportunity.”

It would also be a boost to local producers.

“If they had an opportunity to grow and store and sell, that would create a new opportunity for them as well,” she said.

Of all the existing markets in the country, Gutman looks to the North Market in Columbus, Ohio, as a model for what he hopes to bring to Omaha.

“It’s one of those things where you go into a market and it just feels real,” he said. “It doesn’t feel like a Disney version of a market. The building atmosphere goes perfectly with what goes on in the building.”

Gutman has hired the New York-based nonprofit Project for Public Spaces to facilitate the planning. He first encountered the group in 1987, when it presented its inaugural conference on public markets in Seattle. He then started visiting markets around the country, hoping to open one in Omaha someday.

“Omaha has become more cosmopolitan over the years,” Gutman said. “It’s become more accepting of concepts like a public market. The downtown area has really made a comeback. It just seemed like now was the right time.”

Gutman said he welcomes input and ideas about how the market should operate in Omaha. He encouraged interested individuals to comment on the Omaha Farmers Market Facebook page or email him directly at vgutman@vgagroup.com.

“Casting a transgender actor to play a transgender character not only respects the story, but also reveres the dignity of Charlotte von Mahlsdorf, who the play is based on.”

Leanza Cornett, who was named Miss America 1993, died Wednesday afternoon after being hospitalized with a head injury. She was 49.

In new book, former Omahan reflects on her 1978 kidnapping and rape

“Dancing with the Octopus: A Memoir of a Crime” has received good reviews and was chosen as an Amazon “Book of the Month” selection in the biography and memoir category in September.

Netflix is raising prices for its standard and premium plans

The new prices will take effect starting immediately for new members while current members will be notified that their subscription is going up.

The season is ramping up: It's time for the judges to get serious, and two stars will depart next week.

Steven Parks and Stephanie Olson man their stand at the Farmers Market in the Old Market in 2011.