HBO just made a slew of shows available for free. Here's what to watch
0 comments
Share this

HBO has been home to some of the best and biggest television shows over the past couple of decades. The network has racked up countless Emmy nominations, and its shows frequently appear on many critics’ best-of-the-year lists (mine included).

But many people never see those shows. HBO is a premium channel in cable packages, and subscribing has never been cheap. Even now, with its standalone app, HBO is among the most expensive streaming options at $15 a month.

But with most people stuck at home during the coronavirus outbreak, HBO is making almost 500 hours of programming free for a limited time. All you need to do is download the HBO Go or HBO Now app on your streaming device.

Some of HBO’s biggest shows (“Game of Thrones,” “Westworld”) are staying behind the paywall, but there are still plenty of good options. And, as someone who’s had access to HBO for the last 15 years or so, mostly by mooching off my parents’ account (thanks, Mom and Dad!), I can help you break down which shows, docuseries and documentaries are worth your time.

How many episodes: 5 seasons, 47 episodes

You should watch it if: You need something to fill the sports-shaped void in your soul, or you’re a Rock completionist. The show is sort of a guilty pleasure in the same vein as, say, “Entourage,” with super-rich people doing lots of super-rich people things. (Yes, I realize comparing an HBO series to a different HBO series isn’t very helpful if you’ve never had HBO before. But, I mean, you know what “Entourage” is, right?)

What it’s about: A former Marine turned hitman (Bill Hader) ends up finding meaning and purpose in an acting class and tries to chart a new course in life, with often disastrous results.

How many episodes: 2 seasons, 16 episodes

You should watch it if: You want a good dark comedy, emphasis on dark. The show is consistently hilarious, but has plenty of shocking, violent scenes. It’s also one of the best-acted shows on television. Hader is incredible, and his supporting cast — including Henry Winkler as his acting coach and Anthony Carrigan as a well-meaning mobster — is just as good. It’s also one of two shows on this list that’s still ongoing, though production on its third season has been delayed by coronavirus.

The Case Against Adnan Syed

What it’s about: A docuseries that explores the murder of Hae Min Lee and the conviction of Adnan Syed, a case made famous by the podcast “Serial.”

How many episodes: Four episodes

You should watch it if: You’re a true-crime buff who wants to revisit one of the biggest podcasts ever. The docuseries puts the focus mostly on Lee, whereas the podcast spent most of its time on Syed’s story.

The Inventor: Out for Blood in Silicon Valley

What it’s about: A documentary about disgraced businesswoman Elizabeth Holmes and her company Theranos, which promised to reinvent blood testing but was basically just a scam.

How many episodes: Just one, as it’s a two-hour documentary

You should watch it if: You’re fascinated by cult-of-personality figures and con artists. Among the investors in Theranos was former Secretary of Defense Jim Mattis.

What it’s about: You know those Monopoly promotions McDonald’s occasionally runs? They were rigged throughout much of the 1990s. This docuseries explains how.

How many episodes: Six episodes

You should watch it if: You liked “Tiger King,” but want something a little more high-brow. The docuseries looks at the crime from both sides, interviewing the FBI agents and McDonald’s employees who investigated it and many of the figures who perpetrated it.

What it’s about: Co-created by Mike Judge, this series follows a group of tech bros trying to make it in the cut-throat world of Silicon Valley startups.

How many episodes: 6 seasons, 53 episodes

You should watch it if: You’re a fan of past Judge shows like “Beavis and Butt-Head” and “King of the Hill.” The humor in “Silicon Valley” bounces between high-brow and low-brow, but it’s consistently pretty funny.

What it’s about: The drama follows a family running a funeral home in Los Angeles.

How many episodes: 5 seasons, 63 episodes

You should watch it if: You have a morbid fascination with death. Or if you like well-written, well-acted dramas. If you can make it to the end, the show’s finale is considered one of the best in TV history.

What it’s about: A mob drama that also serves as the starting point for the Golden Age of Television.

How many episodes: 6 seasons, 86 episodes

You should watch it if: You like mob movies, or just good TV in general. Tony Soprano helped set the anti-hero archetype that would be used in so many other series, from Walter White in “Breaking Bad” to Don Draper in “Mad Men” to Dexter Morgan in “Dexter.”

What it’s about: A dramedy (more on the comedy side) following a tyrannical media mogul and his family. The characters are loosely based on Rupert Murdoch and his family, aka the owners of the Fox News empire.

How many episodes: 2 season, 20 episodes

You should watch it if: You like watching terrible people being terrible to each other. None of the show’s characters is remotely likable, and yet you can’t help but feel sorry for them. Credit for that goes to the writing, which is some of the best on television. It’s also the other show on this list that’s still ongoing, though, like “Barry,” production on its third season has been delayed by coronavirus.

What it’s about: Sexy vampires in rural Louisiana.

How many episodes: 7 seasons, 80 episodes

You should watch it if: You like vampires. A lot. The series overall is pretty pulpy, and most critics had soured on it by its last few seasons, but there’s still some fun to be had if you’re into the genre.

What it’s about: A comedy that follows fictional vice president Selina Meyer (Julia Louis-Dreyfus) and the cast of scoundrels who surround her.

How many episodes: 7 seasons, 65 episodes

You should watch it if: You like watching terrible people being terrible to each other. Though Louis-Dreyfus is at her best in the series, Selina Meyer is an unabashedly awful person, as are pretty much all of her aides. Notably, the show never identifies which party Meyer belongs to, so don’t let politics scare you off of this show.

What it’s about: A sprawling drama that examines, among other things, crime, policing, education, labor unions and journalism in mid-2000s Baltimore.

How many episodes: 5 seasons, 60 episodes

Arthur 2: On the Rocks

Blinded by the Light

The Bridges of Madison County

Empire of the Sun

The Lego Movie 2: The Second Part

Nancy Drew and the Hidden Staircase

The Case Against Adnan Syed

I Love You, Now Die: The Commonwealth v. Michelle Carter

The Inventor: Out for Blood in Silicon Valley

We Are the Dream: The Kids of the MLK Oakland Oratorical Fest

There’s no shortage of media for entertainment during this indefinite period of self-isolation. These will give you something to do.

These movies will get you in the Easter (or Passover) spirit

There are a few worthy entries in the Easter and Passover movie canon, so let’s try to sort out which movie is the best one for you. Because let’s face it: You’ll need something to keep you occupied after your Facebook Live Easter service or Zoom seder ends.

Missing the Sweet 16? This basketball-themed movie bracket will fill the gap

So here we are with no March Madness. No buzzer beaters. No Cinderellas. No “One Shining Moment.” But if your heart still desires hoops, we can help.

Celebrate National Grilled Cheese Day with the cheesiest sandwich ever

Gouda, Muenster and Havarti are the stars of this yummy recipe.

Some Blackstone residents can enjoy a concert from their balconies

The show must go on: Omaha arts groups take their offerings online amid coronavirus

Check it out: Bookworm pieces together a puzzle exchange to help quarantined families beat boredom

The Omaha bookstore's exchange program has a charitable component.

The Bellevue movie theater's makeshift drive-in will have a 42-foot screen, concessions and restrooms. 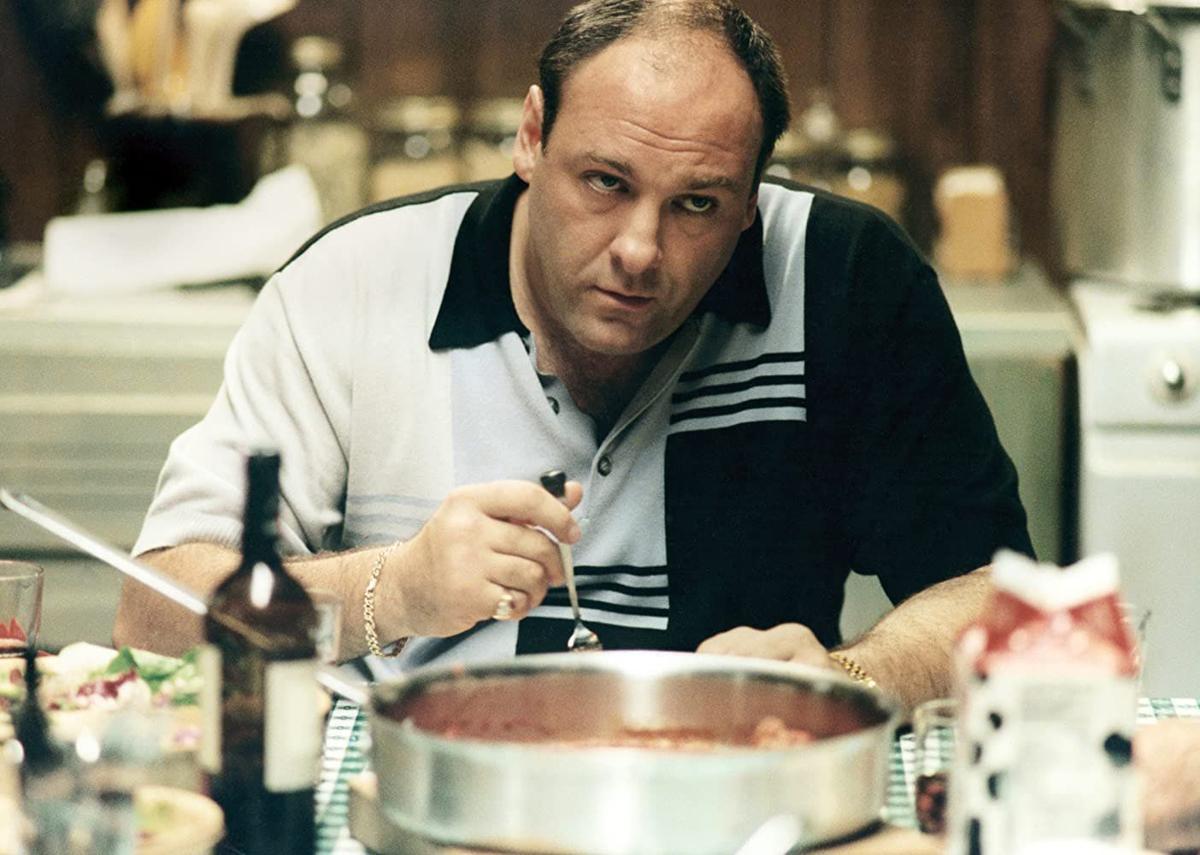 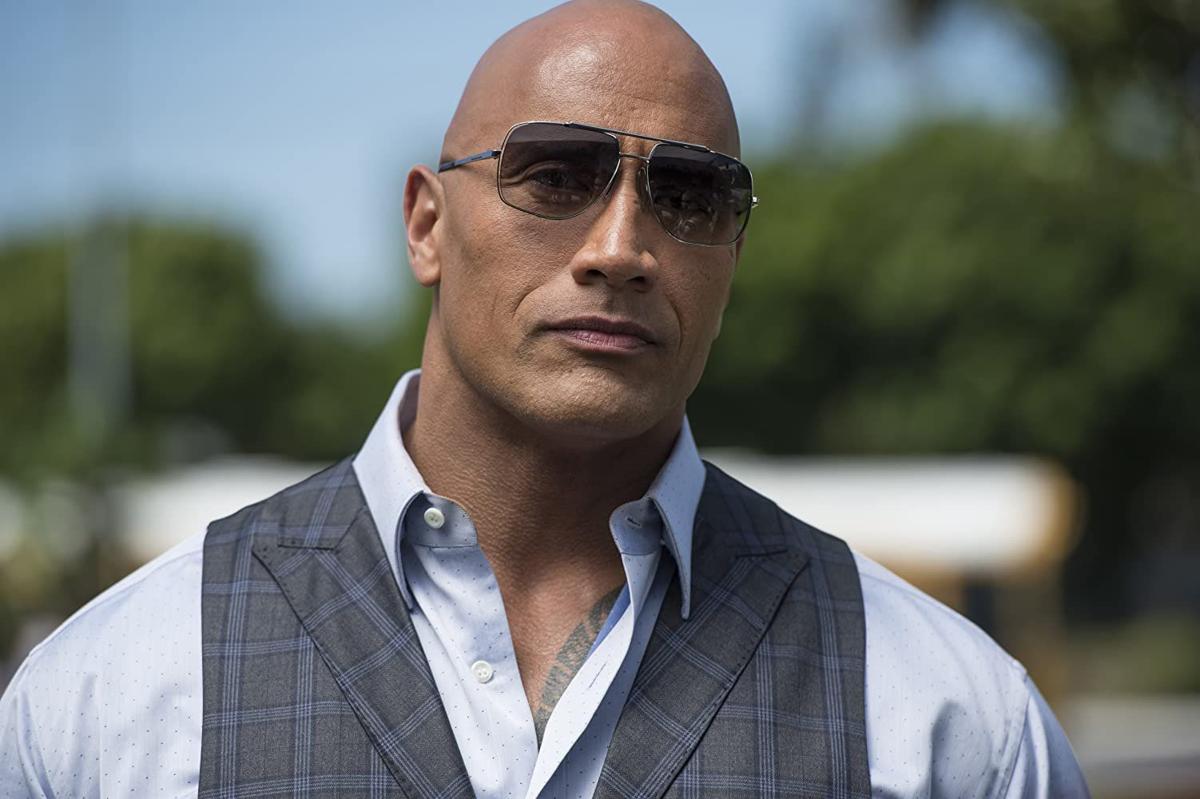 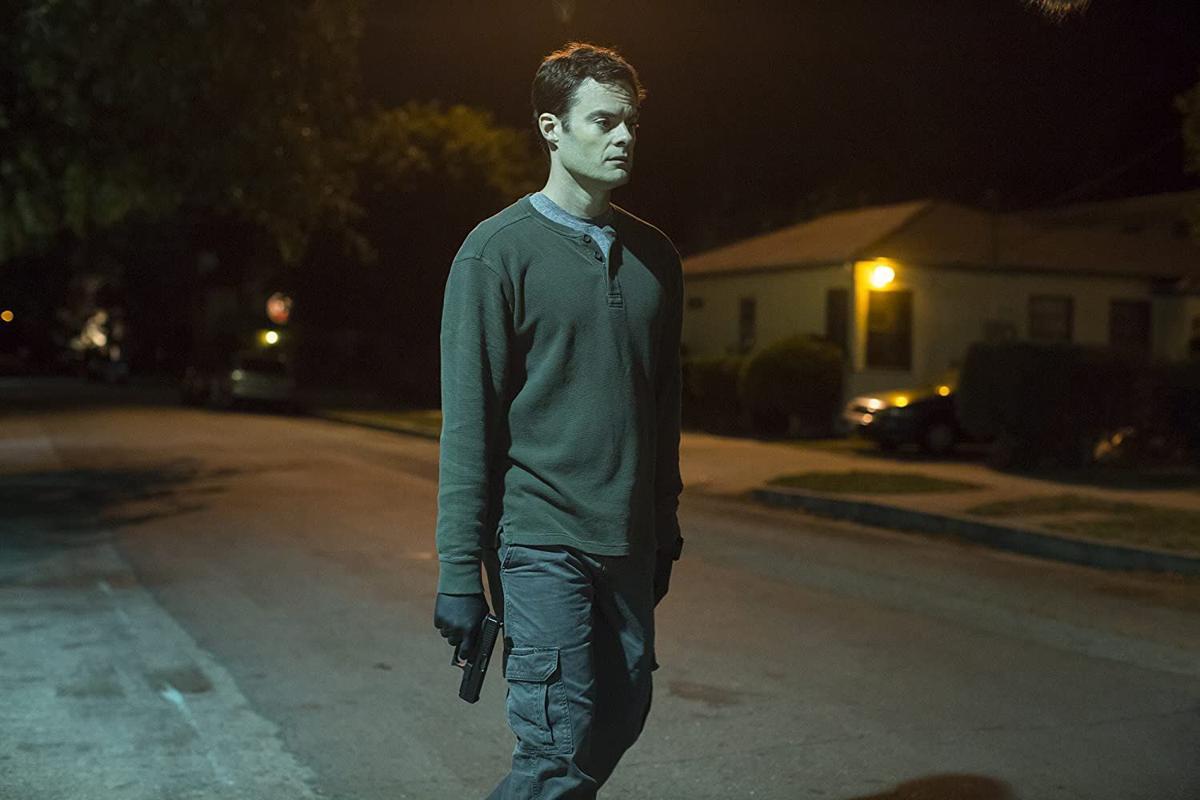 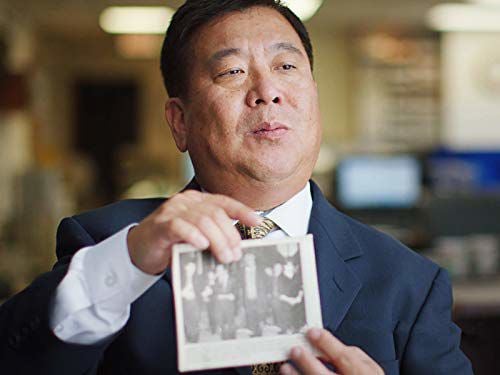 "The Case Against Adnan Sayed" 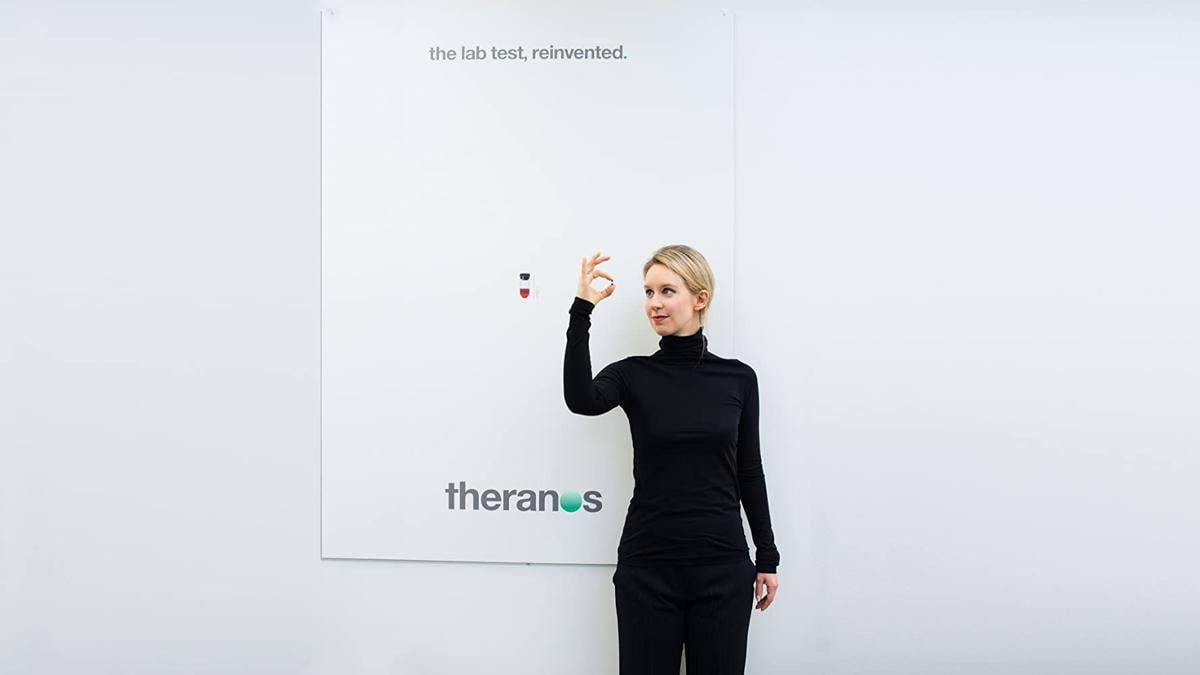 "The Inventor: Out for Blood in Silicon Valley" 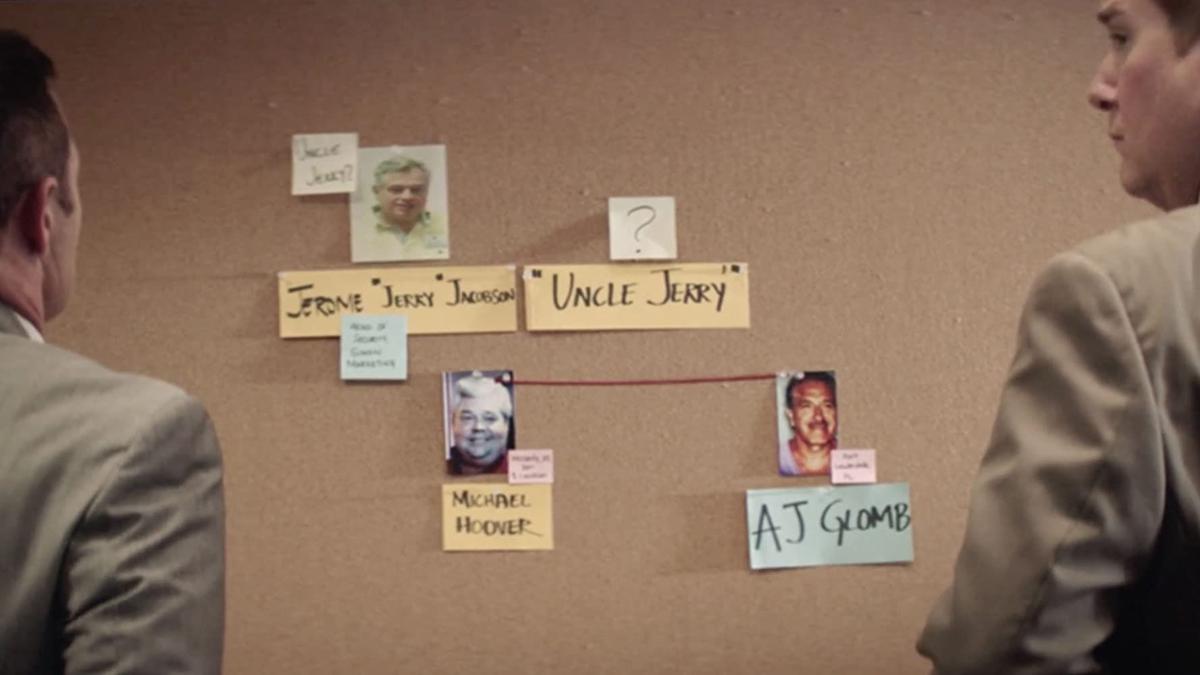 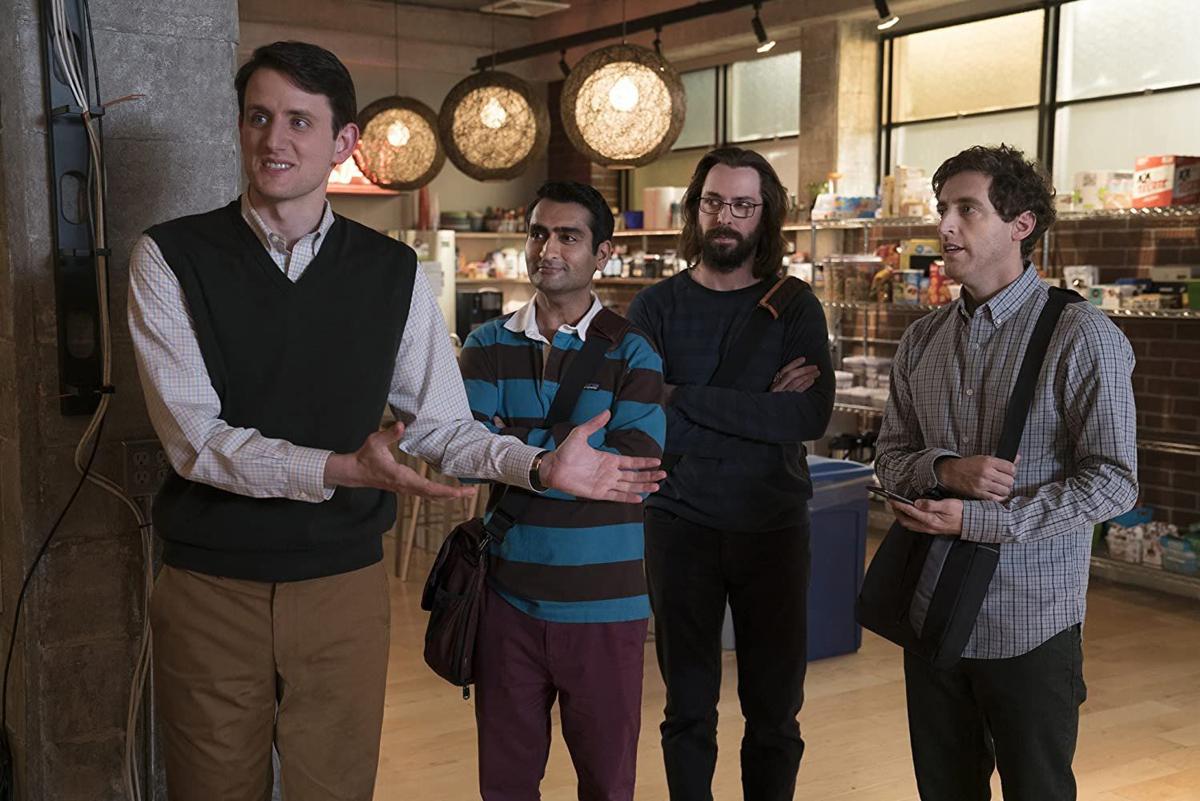 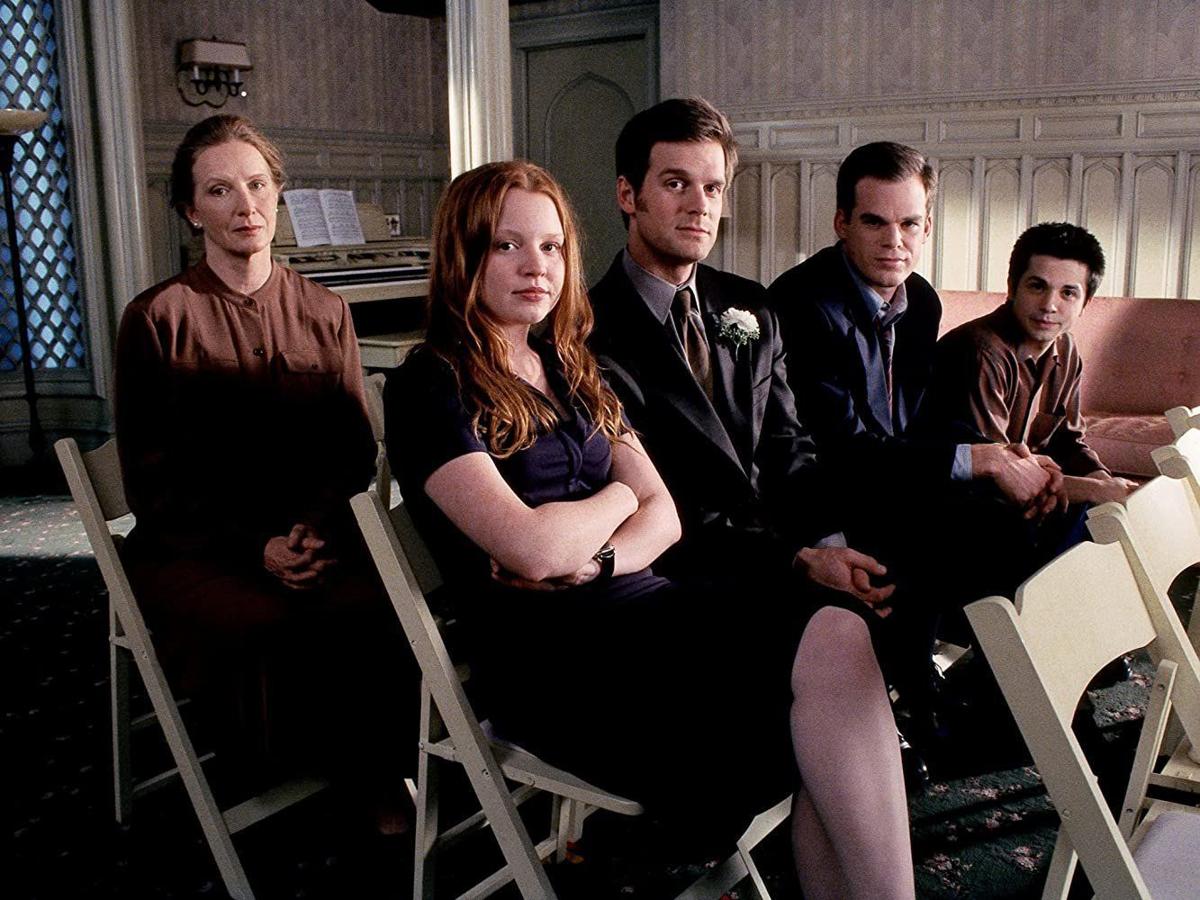 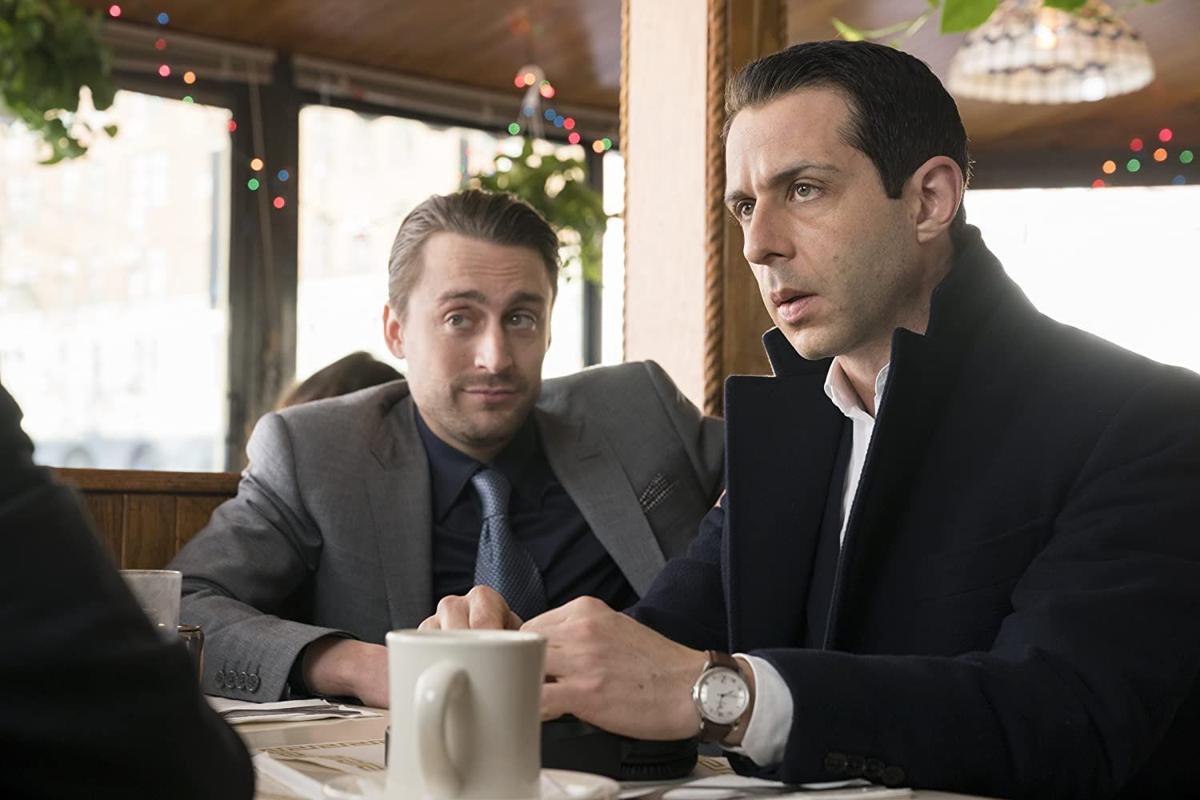 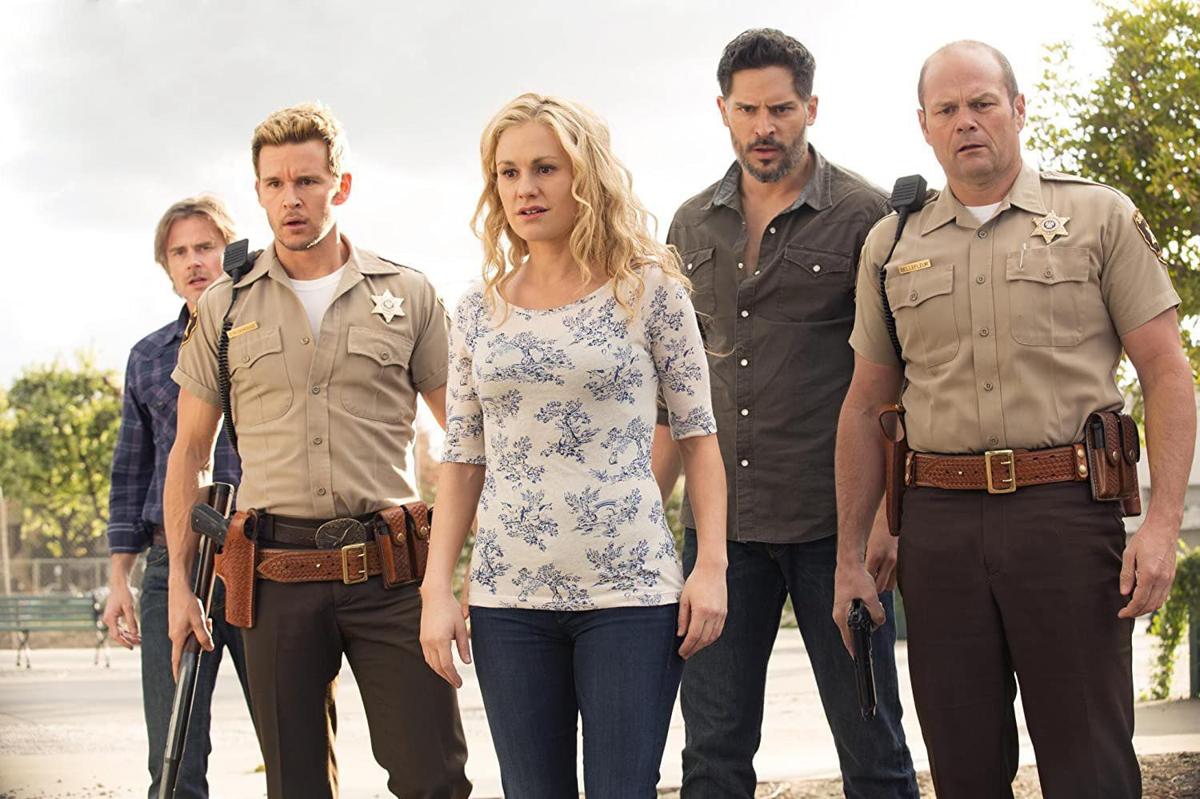 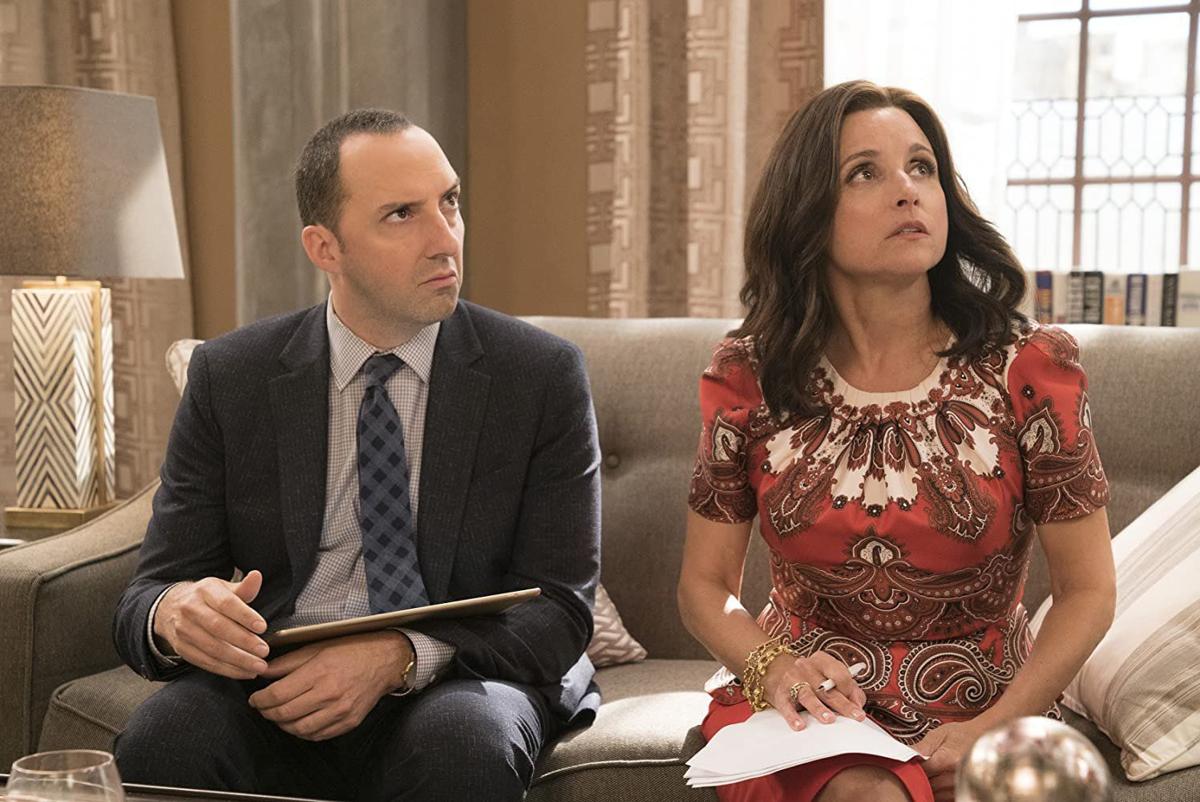 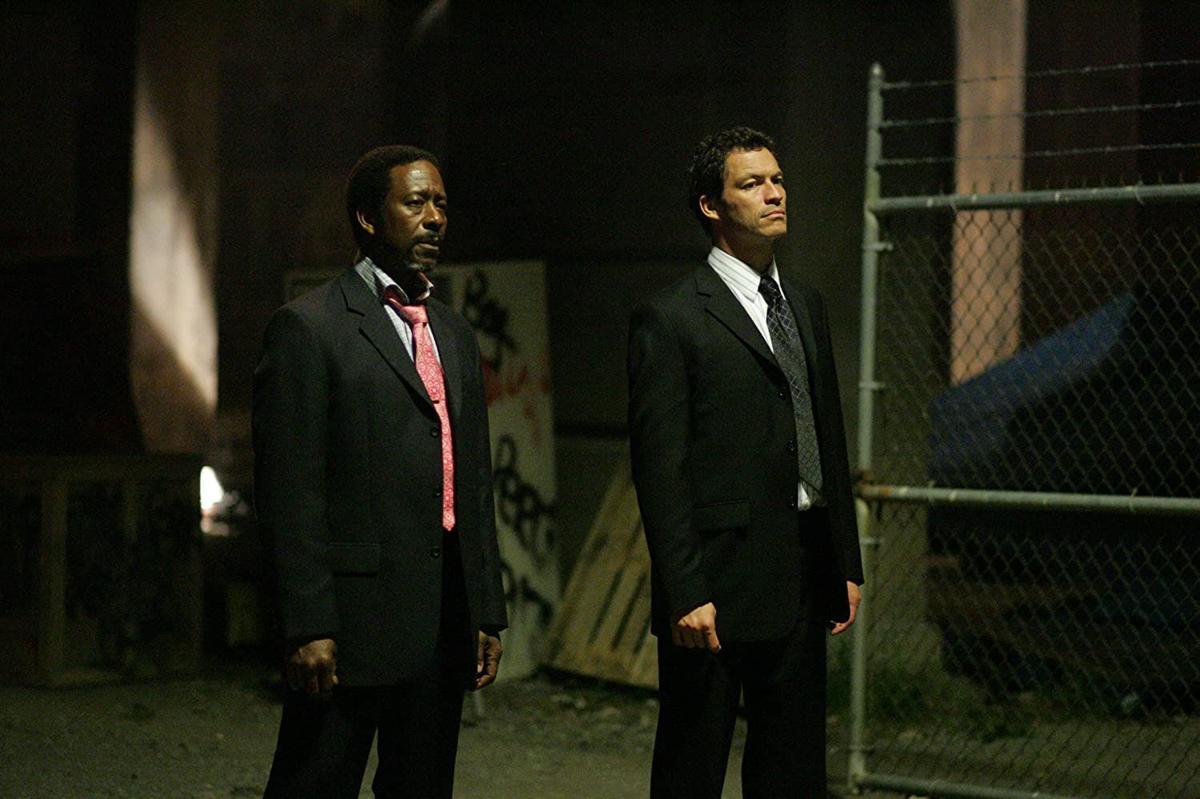