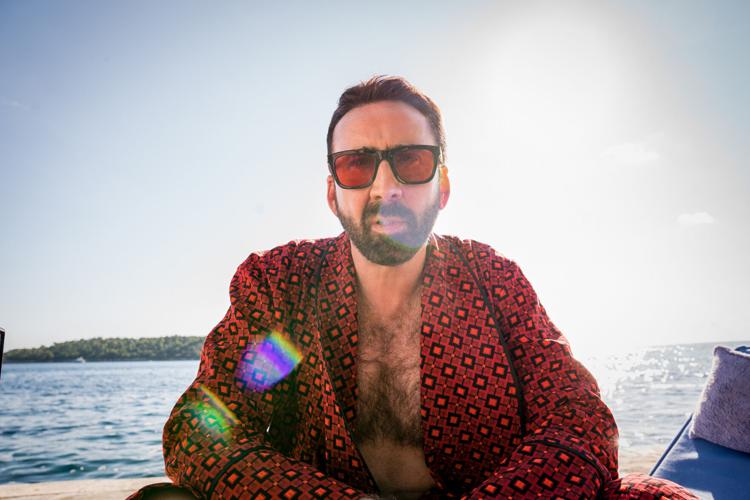 Nicolas Cage stars as a version of himself in "The Unbearable Weight of Massive Talent." 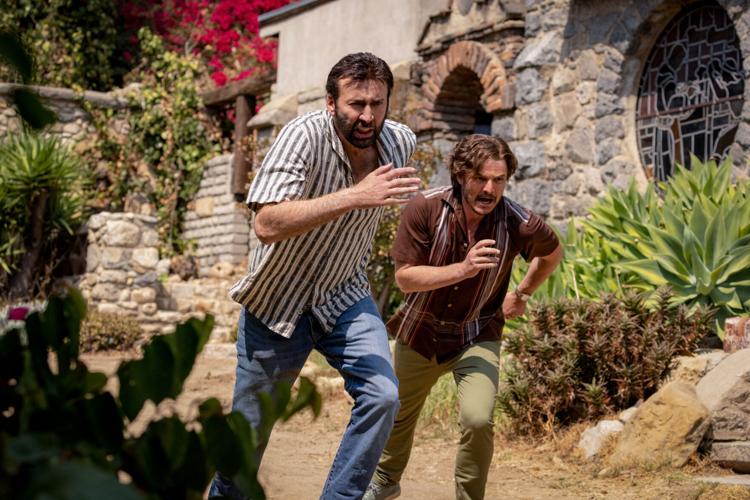 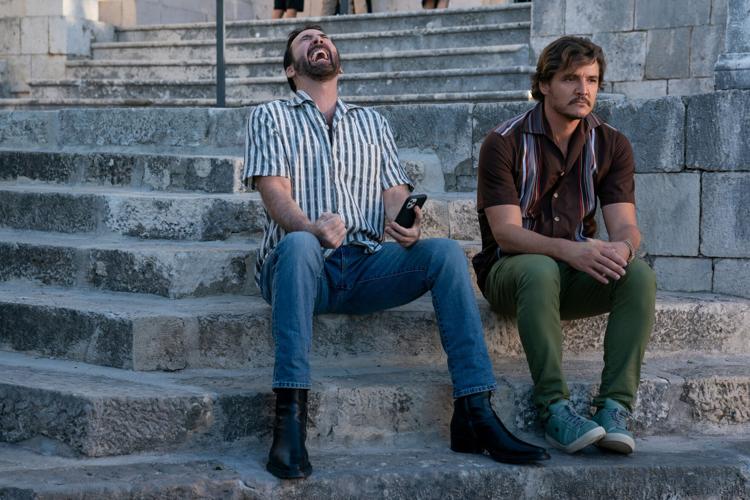 “The Unbearable Weight of Massive Talent” may look like a way to nudge Nicolas Cage’s eclectic career. But it’s really a celebration of those films that worked.

The key is casting Pedro Pascal as a superfan who wants Cage to come to his birthday party.

The superfan knows more than Cage probably does about each of his films. Because he’s looking for some cool cash pretty quickly, Cage agrees and discovers the fan is under investigation by the U.S. government.

Before the fanboying can really begin, the actor is asked to help two agents (Tiffany Haddish and Ike Barinholtz) move in for the kill.

Meanwhile, Cage has to deal with Pascal’s crazy relatives and a hit that could include him.

There’s a lot to unpack here, but it’s not as meta as director Tom Gormican would like you to think. Instead of digging deeper into the Cage oeuvre, he sticks with the hits and references them through word and deed.

It’s an interesting premise, particularly since it could produce much fruit. But the concept often dies on the vine because it doesn’t want to lampoon someone who’s playing along. Indeed, Gormican could have painted a different picture if he had just mentioned some of those truly horrible films Cage did for money. He also could have used Haddish and Barinholtz in a different way, particularly since they’re great at comedy.

Pascal, though, gets plenty of laughs with his Burt Reynolds-like smiles. He’s a funny actor who might have done something even more with this had the film not devolved into a shoot-‘em-up.

While watching Cage send up “Con-Air,” “National Treasure” and others, it’s easy to think of other actors who could be put in this position – Johnny Depp, Steve Martin, Charlie Sheen. A “Dirty Rotten Scoundrels” series of twists would have helped immensely.

Instead, Gormican goes to the obvious and ends it in a way that Cage doesn’t look like he was ever in trouble.

When “Massive” talent pulls back the curtain on the downside of filmmaking, it lives up to the hype. The idea that stars also have troubles is intriguing. Plopping them into unexpected situations is even better.

“My Favorite Year” handled that and made us love Peter O’Toole even more.

Cage could have played with his image and gotten big laughs out of little situations.

Still, “Massive Talent” is fun in its own way. It doesn’t get bogged down in detail but it does offer a free-range Cage who can still delight.

10 movies that cost more than $300 million to make

Grab your popcorn, put down your wallets, and read on to feel better about your own ability to budget.

REVIEW: 'Lightyear' isn't as buzzy as it could have been

Since last fall, Omaha native Dan Mirvish has traveled to more than 40 film festivals, on four continents, to showcase his latest film, “18½.”

Those inviting folks from “Downton Abbey” have figured a way to make more money and work less: Movies.

REVIEW: Emma Thompson gets intimate in 'Good Luck to You, Leo Grande'

“Good Luck to You, Leo Grande” will probably get attention for Emma Thompson’s big nude scene.

🎧 "Toy Story" prequel "Lightyear" opens this week, but will "Top Gun" soar back into first at the box office?

Elmo gets vaccinated against COVID

Elmo gets vaccinated against COVID

Nicolas Cage stars as a version of himself in "The Unbearable Weight of Massive Talent."