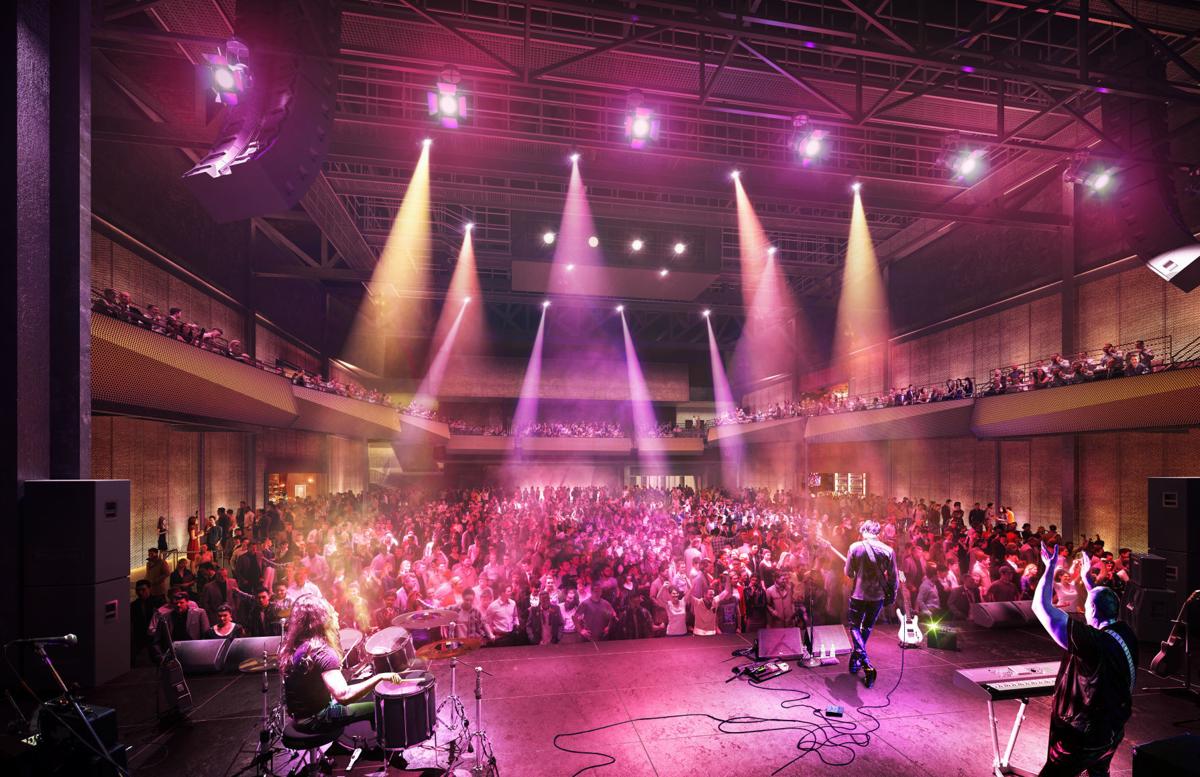 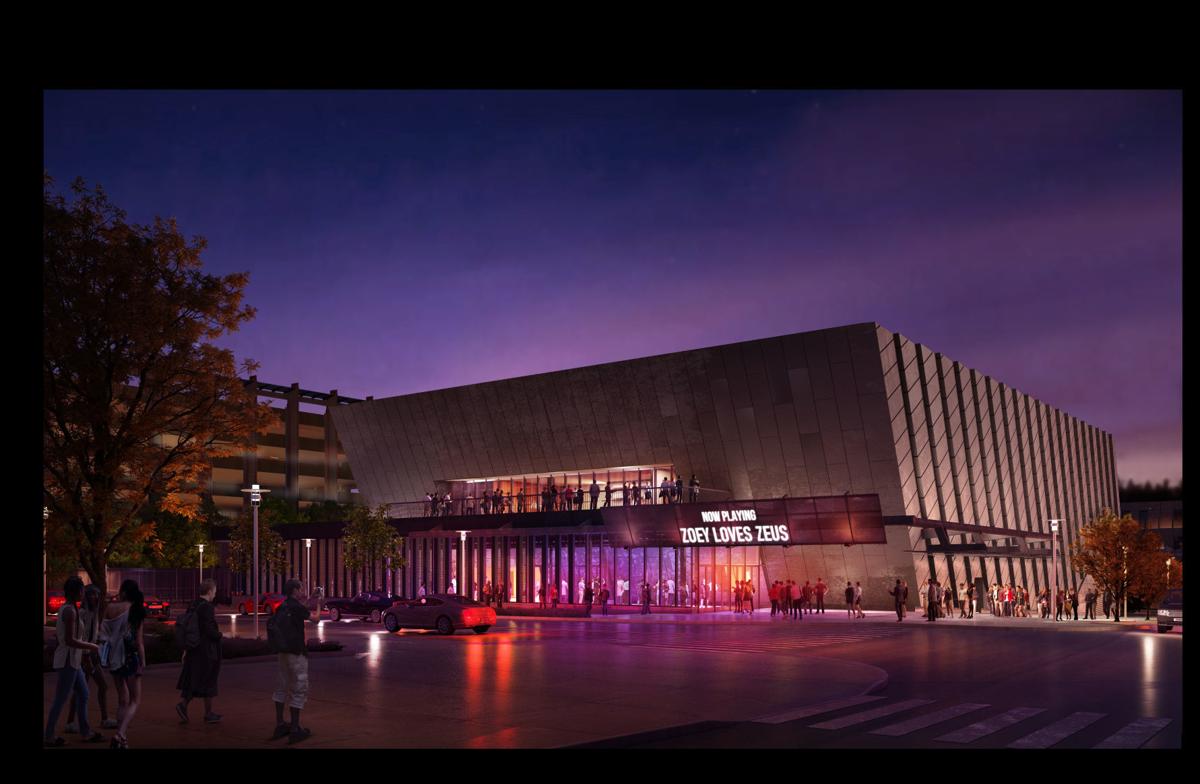 Omaha Performing Arts’ new venue will be built on what is now a parking lot just northeast of the Holland Center.

The venue will be between Dodge Street and Capitol Avenue and 11th and 12th Streets.

Fundraising is underway for the facility, which is planned to open in 2023.

With a planned capacity of 1,500 to 3,000 and no fixed seats, the venue is envisioned as a concert hall for touring bands as well as a flexible performance space for local arts organizations. It could accommodate a standing-room crowd for a rock concert or a thrust stage and seating risers for an immersive opera performance, said Omaha Performing Arts President Joan Squires.

Omaha Performing Arts staff talked to other local arts organizations about what their needs would be in such a space.

“We’ve really tried to incorporate what they’ve talked to us about,” Squires said. “This is a new venue for the community. It’s for arts and entertainment.”

Some artists have passed over Omaha because of the lack of a suitable downtown live music venue, Squires said. Others looking to play Omaha asked if the permanent seats in the theaters at the Holland Performing Arts Center or Orpheum Theater could be removed, which wasn’t possible.

Omaha Performing Arts officials hope the new venue will be of a size and configuration that is appealing to touring artists.

“It’s bigger than the Orpheum and smaller than the CHI Health (Center),” Squires said. “The bands want that kind of experience. They don’t want to play CHI, but they’re too big for some of the venues we have now.”

The Omaha area already is a seemingly crowded space for music venues.

The new venue will be across Dodge Street from the Holland Performing Arts Center and less than a mile from the Orpheum Theater, both of which are operated by Omaha Performing Arts.

The area also is home to venues including the Ralston Arena, Baxter Arena and the CHI Health Center, as well as smaller music venues such as Slowdown in north downtown and The Waiting Room in Benson. Stir Cove is across the river in Council Bluffs, and a new indoor-outdoor music venue is under construction in La Vista.

Squires said Omaha Performing Arts’ planned venue will fit in with the area’s other venues because it will be a different capacity and focus. The Holland Center and Orpheum have seen an increase in bookings in recent years, which signaled a need for more performance venues.

The new downtown venue will be designed by Ennead Architects and Holland Basham Architects. After fundraising is complete, construction is planned to start in 2020.

A study by Eric Thompson of the University of Nebraska-Lincoln estimates that the new venue will bring 155,000 people downtown annually with a $13 million economic impact, Squires said.

The venue is the first phase of a planned campus expansion for Omaha Performing Arts. The second will include an education center, which will be constructed in what is now a green space east of the Holland Center. There is not yet a timeline for phase two.

Currently a parking lot, the site of the venue was once considered as a possible headquarters for HDR. Earlier this year, the City of Omaha sold two slivers of adjacent city property to Omaha Performing Arts, which already owned the rest of the block.

Omaha Performing Arts’ previous plans called for expanding east of the Holland onto property that holds three historic buildings. Proponents of historic preservation worried that some or all of the buildings might be demolished.

The arts group backed off those plans in 2016 after a public outcry over the possible land-swap deal involving the city, the group and HDR Inc. In the end, HDR chose to build in Aksarben Village.

Omaha is getting a new concert venue. Here's how its size compares to others in the area

Omaha Performing Arts is now O-pa. What do you think of the change?

The updated identity and look is designed to provide a uniform method of identification for the nonprofit organization, which operates the Holland Center, Orpheum Theater and Ticket Omaha.

Change is afoot at Kiewit Plaza, where new owner will need to fill 12 floors of office space

After nearly 60 years in the same hands, Omaha’s Kiewit Plaza has a new owner that plans to reposition the 15-story building as a place for fresh and techie businesses seeking a fit in the hip Blackstone District.

After an implosion fatally damaged a building at 12th and Douglas Streets years ago, you can understand why people are keeping a close eye on how two other historically designated buildings are affected by construction at Gene Leahy Mall.

More than 13 million people visited Omaha in 2018, boosting the economy and saving you money

The number of out-of-town folks checking out the Omaha scene has climbed for the ninth year in a row, and the dollars travelers spend also is on the rise.

Who’s left in Conagra Brands’ remaining buildings downtown, and what do those 1,300 people do?

The company's 1,300 or so Omaha employees left after major workforce cuts and Conagra's headquarters relocation three years ago still comprise the largest employment base in the company's 18,000-worker empire.

Trans-Siberian Orchestra has rehearsed in the area for a decade. Why does the band love it here so much?

TSO has rehearsed its annual tour at the Mid-America Center in Council Bluffs for more than a decade.

Cher will 'Turn Back Time' in Nebraska next year

Cher's back on the road, and she's coming here again.

The gala will raise funds for the orchestra's community engagement and education programs.

9th annual Chili Cook-off in Bellevue, which starts at 5 p.m., is hosted by the Bellevue Police and Fire Departments.

Grace: Omaha couple to go on tour with Mannheim Steamroller this Christmas season

Mannheim Steamroller, the Omaha-based band known for its bestselling Christmas album, is on the road for its 35th annual Christmas tour — the longest-running in the entertainment industry, a spokeswoman said. And Jennifer Novak Haar, and her husband, Mark, are on the bus.

The Black Crowes, reunited again, will return to Omaha

The Black Crowes are headed to Omaha to celebrate the 30th anniversary of their hit album, "Shake Your Money Maker."

Streaming 'The Mandalorian' on Disney Plus? You might recognize this Omahan

A local actor plays an unnamed barkeep in some hole-in-the-wall outer rim tavern where The Mandalorian arrives and gets into a bar fight.

Sir Elton's farewell concert is produced as a career retrospective, so expect to hear songs such as "Rocket Man," "Bennie and the Jets," "Tiny Dancer," "Candle in the Wind" and "The Bitch Is Back," as well as hear John tell stories about creating that iconic music.

By now, you've probably heard about Omaha Performing Arts' new venue, and you might have some questions. We're here to answer them.

The 15 best metal bands of all time

Slayer is coming to town, and that sparked a debate: Which is the best heavy metal band of all time? We made a list.

Review: One of the best metal bands of all time just stopped in Omaha

Slayer said goodbye to Omaha in a way we would not soon forget. If you were there, you probably still feel the rattle of the band's heavy metal in your chest.

A new student recital hall, a renovated concert hall and a professional sound recording studio are now part of UNO's music building, and more is on the way.

City leaders stress that nothing in the master plan is final, but if the Hinge ultimately adheres to the master plan, it would create more than 460 new housing units, 1,000 new residents and about 160,000 square feet of retail and commercial space, according to city documents.

How do millennials love Omaha? Let them count the ways

Millennials aren't in any rush to move. Affordability, sense of community and potential to shape the future are reasons to stay in Omaha.

The City of Omaha may pay for up to $1.1 million of public improvements related to the privately funded, $109 million project.

The planned $103 million concert venue for downtown Omaha has a name: Steelhouse Omaha.

Omaha Performing Arts’ new venue will be built on what is now a parking lot just northeast of the Holland Center. 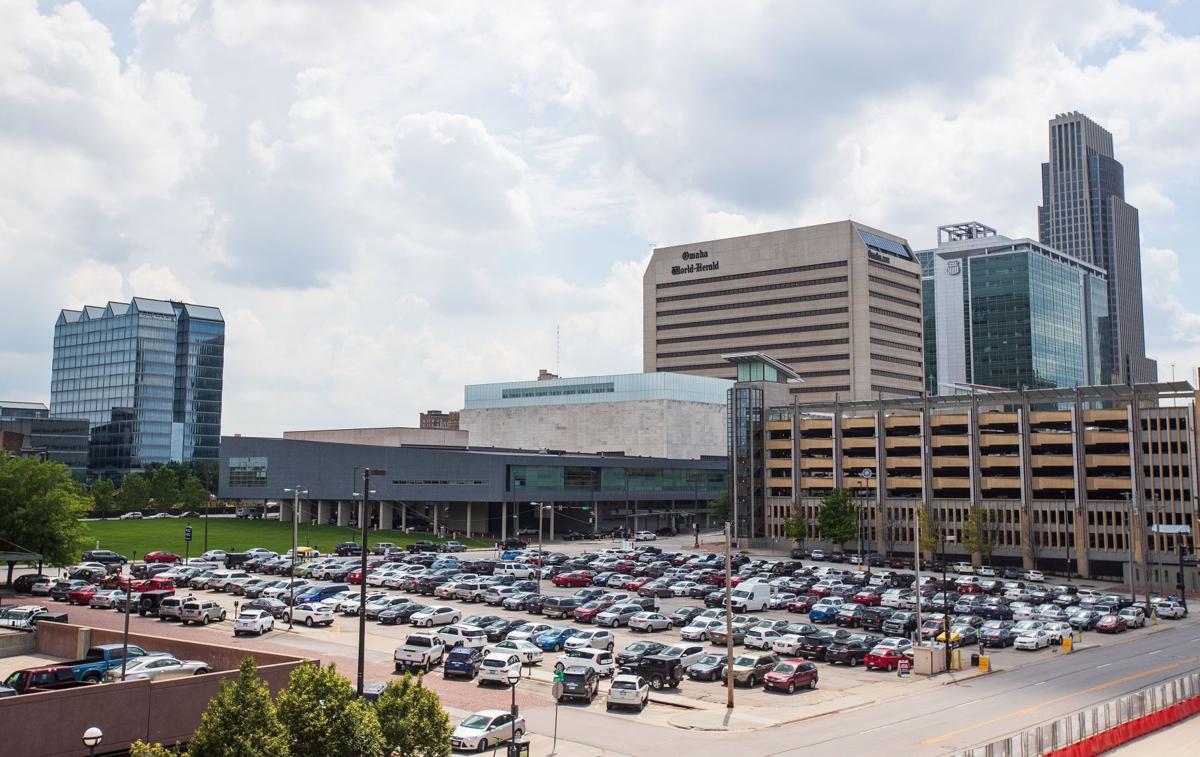 Omaha Performing Arts has identified an area northeast of the Holland Center for a new downtown music venue. The area is currently a surface parking lot. 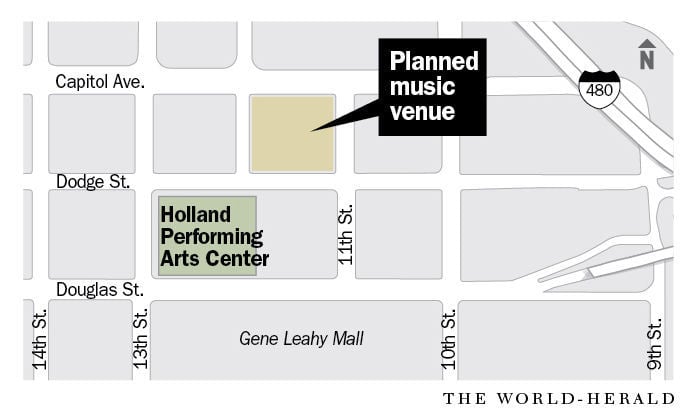