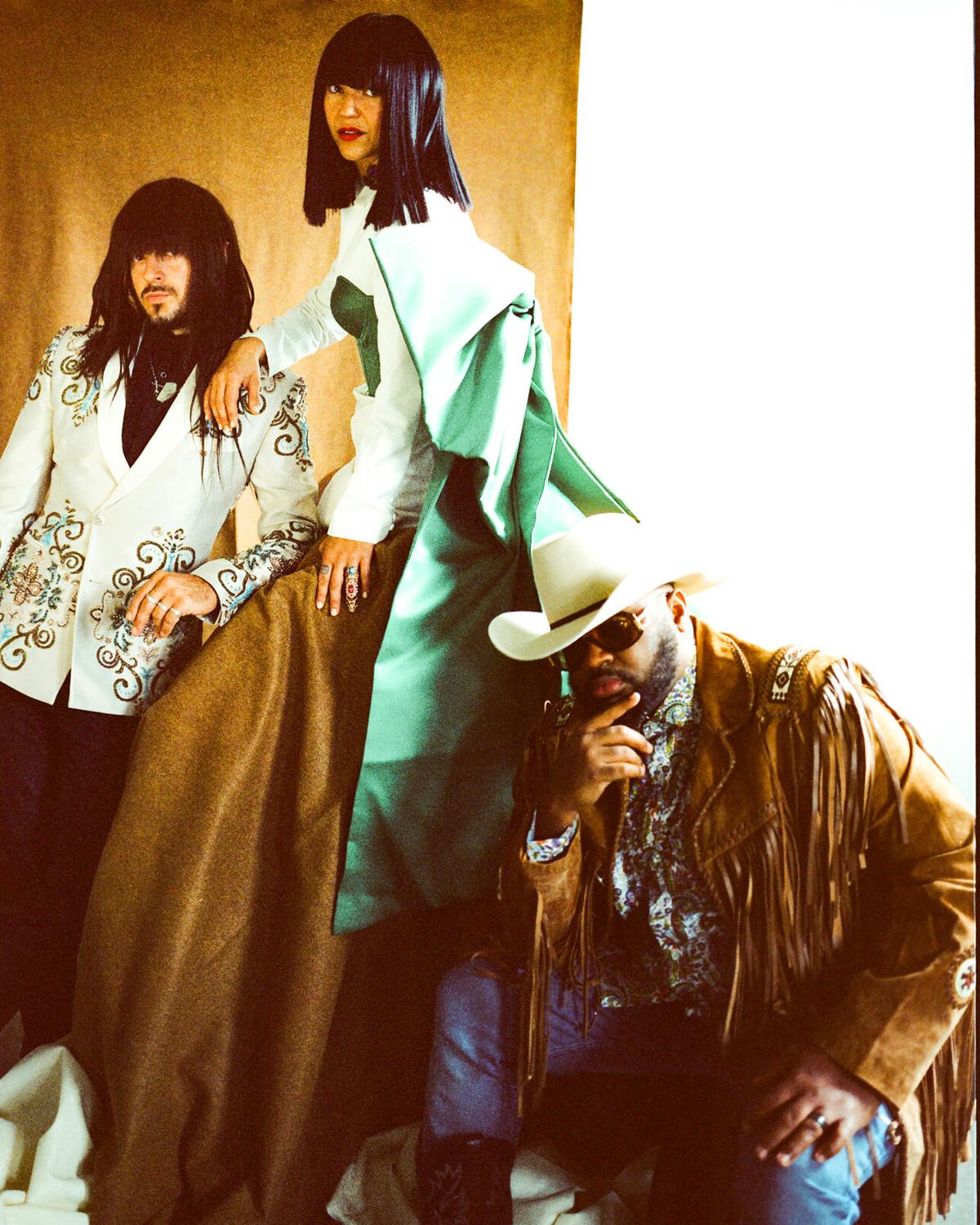 Khruangbin, a trio from Texas, is the headliner for Saturday’s Maha Festival at Aksarben Village. 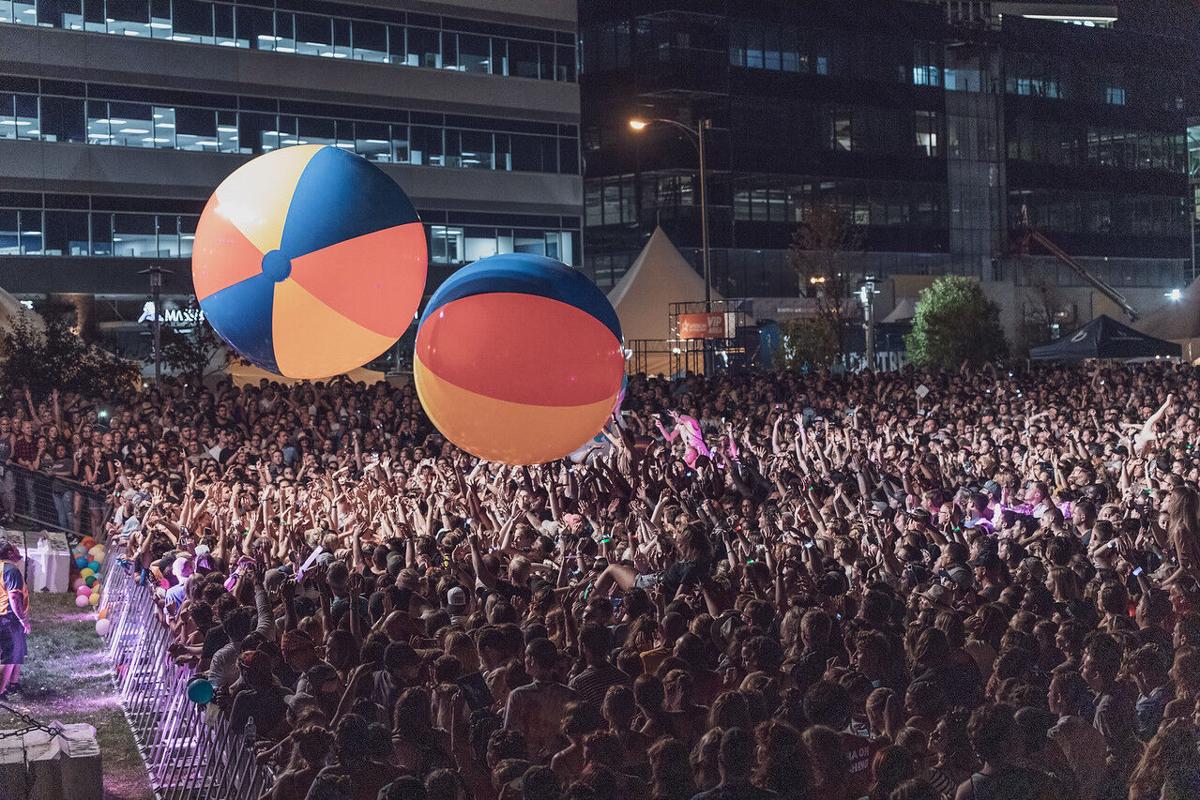 Beach balls fly at the Maha Festival in 2019. After a year off because of the pandemic, it returns to Aksarben Village on Saturday. 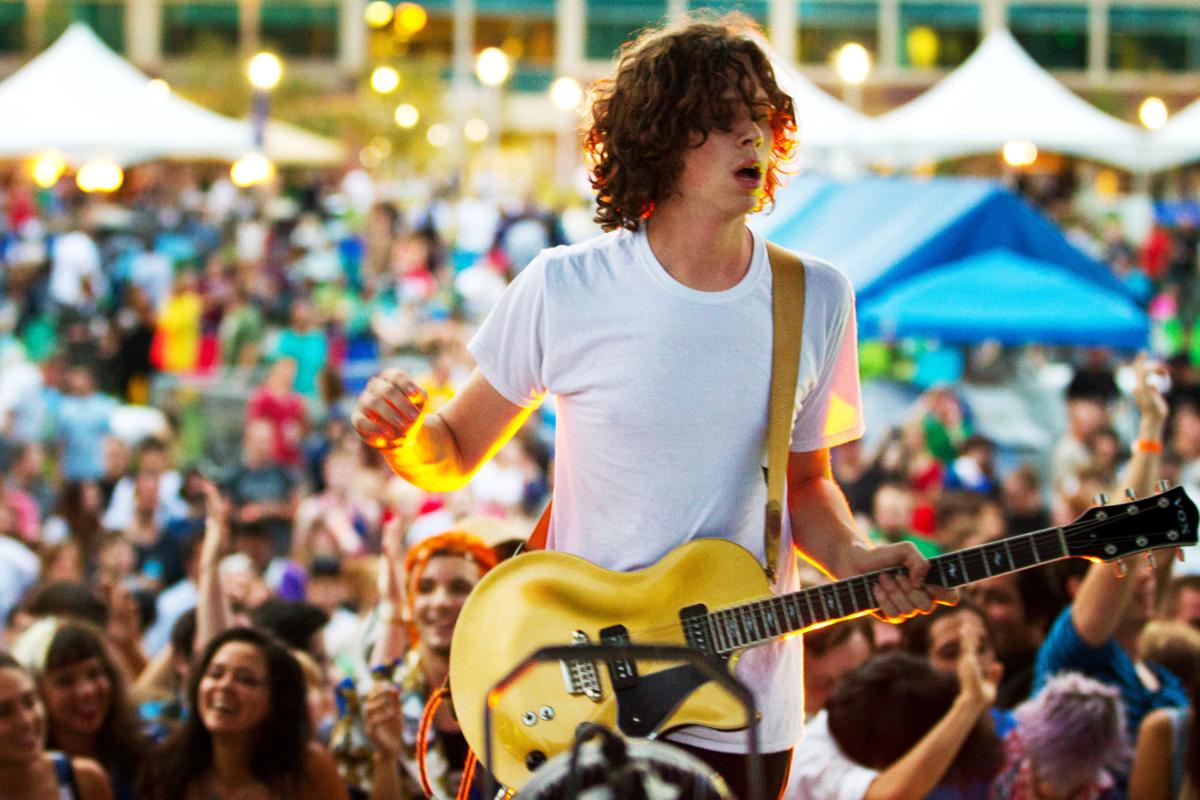 Nik Fackler of Icky Blossoms performs in front of a hopping crowd at the Maha Music Festival at Aksarben Village in 2012. The 13th annual Maha Festival is Saturday at the same location.

VIP tickets were gone five days after sales began, and the rest of the tickets are selling fast, a spokeswoman said. Planners expect several thousand people to attend.

The outdoor festival runs from 2 p.m. to midnight Saturday at Aksarben Village near 67th and Center Streets.

Maha organizers issued a low-ticket warning earlier this week, but tickets were still available Wednesday. To allow for social distancing, the festival will be a sellout when ticket sales reach 70% of the venue’s capacity.

Planners determined how many tickets they could sell by figuring out how many people could fill the space if each one had a 6-foot “bubble” surrounding them.

The diverse lineup could be driving sales.

Maha is far more than music, however.

Two can’t-miss areas, according to a spokeswoman, are the MaMO Gallery, a giant mobile truck from the nonprofit BFF (formerly Benson First Friday), and the Laughs & Snaps Tent, featuring the Broken Magic Comedy act. Slam poets from Louder Than a Bomb also will perform.

In addition, the Nebraska Furniture Mart booth is returning. It was popular in 2019, the last year Maha was held before the pandemic started, festival officials said.

This year’s theme for the booth is “B’s Beach Oasis.” It offers chill stations where people can relax for 30 minutes with cool drinks and hydration packets, photo booths and a silent disco with headphones.

This year, the festival will serve Nebraska craft beers and cider on tap, planners said. Tap drinks are from Zipline, Lucky Bucket, Thunderhead, Brickway, Empyrean and Glacial Till.

For a performance schedule, a guide to what you can or can’t bring and other pertinent information, go to mahafestival.com.

The National Weather Service says Saturday’s forecast calls for a high of 85 and a 40% chance of thunderstorms.

General admission tickets, available at the Maha website or tixr.com, are $65.

Photos: The history of the Maha Music Festival

Construction will begin soon on a pavilion that will add 42,000 square feet to the Joslyn Art Museum. The museum will close from spring 2022 until the pavilion is completed.

Looking for something to do this weekend? Check out these events throughout the Omaha area.

Khruangbin, a trio from Texas, is the headliner for Saturday’s Maha Festival at Aksarben Village.

Beach balls fly at the Maha Festival in 2019. After a year off because of the pandemic, it returns to Aksarben Village on Saturday. 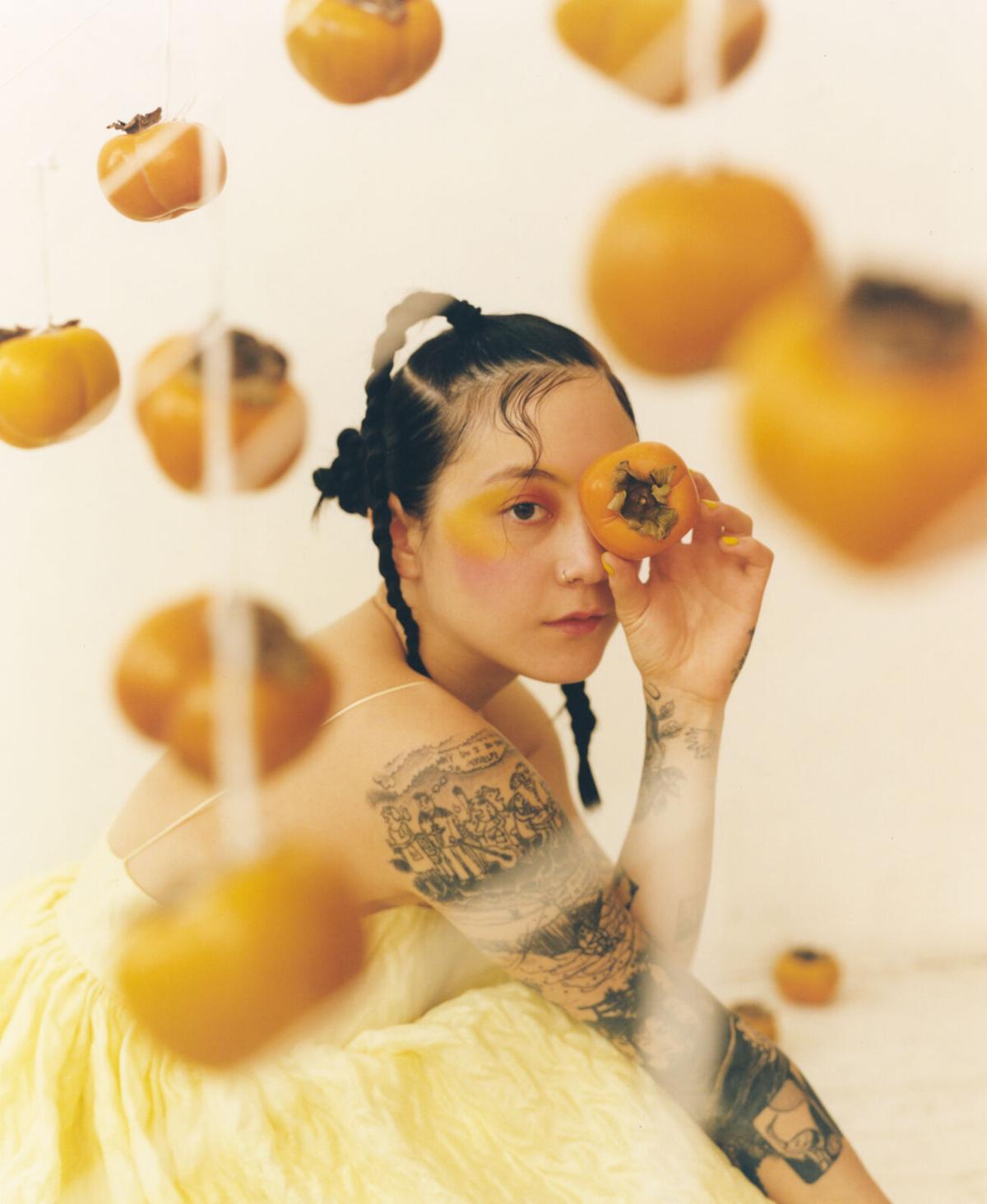 Japanese Breakfast will perform at the Maha Festival on Saturday. The event includes music from several genres, food from many cuisines, Nebraska craft beers on tap and booths to visit. 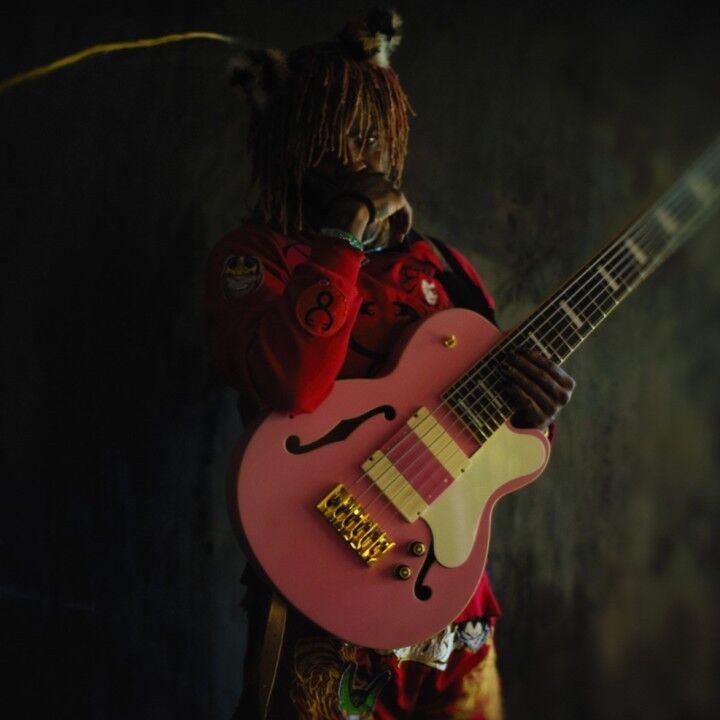 Thundercat is a featured performer at this year's Maha Festival, which runs from 2 p.m. to midnight on Saturday at Aksarben Village.

Nik Fackler of Icky Blossoms performs in front of a hopping crowd at the Maha Music Festival at Aksarben Village in 2012. The 13th annual Maha Festival is Saturday at the same location.