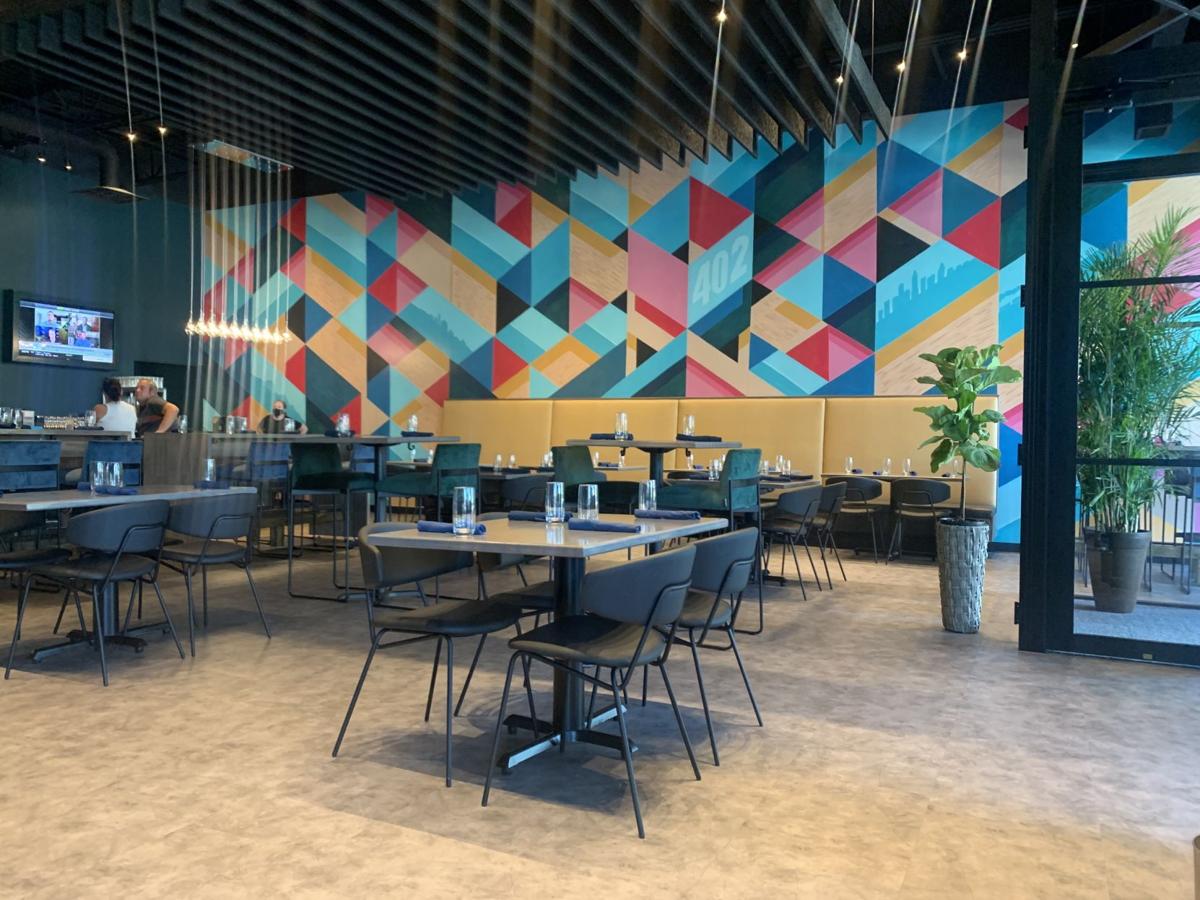 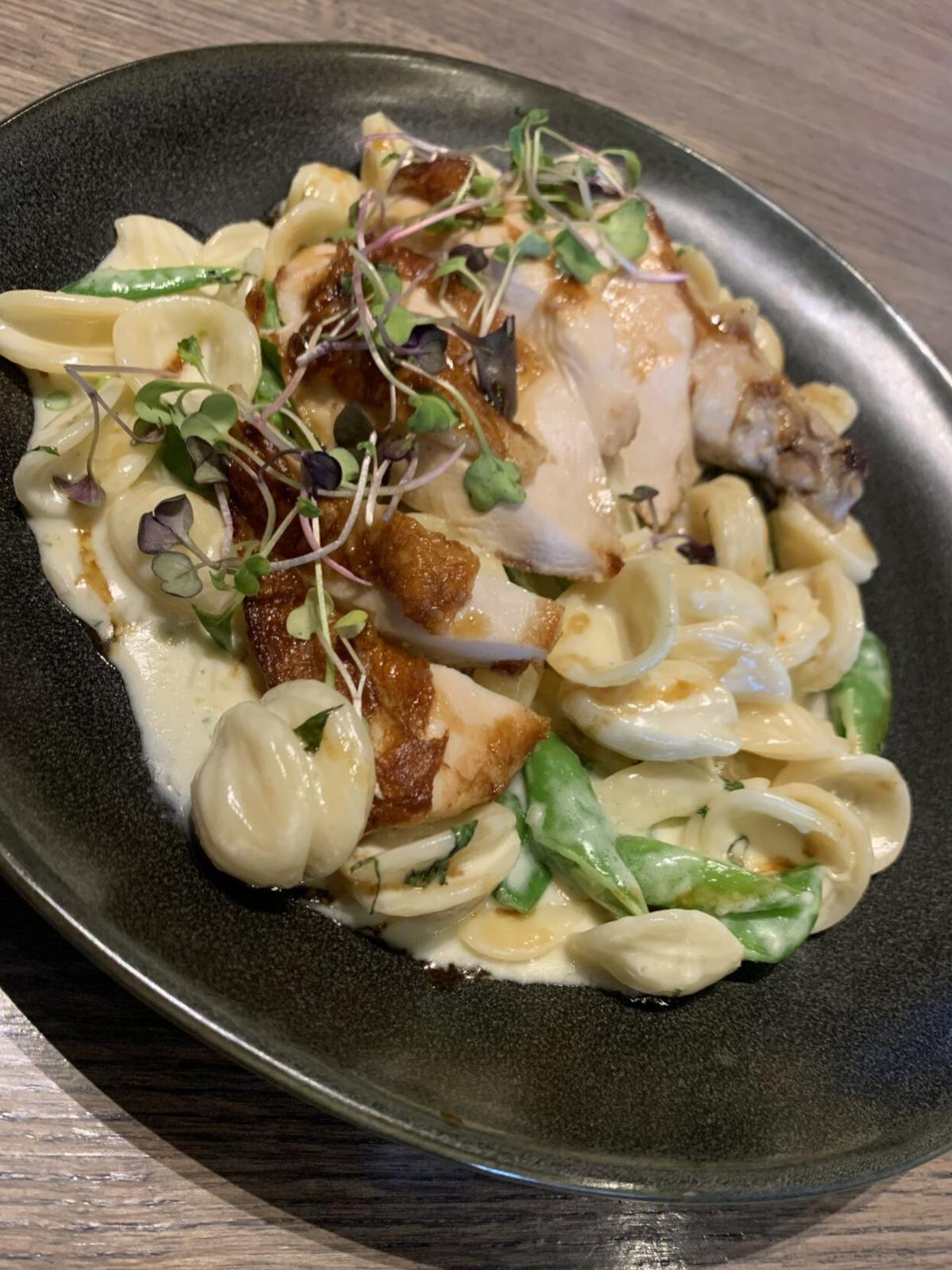 Chicken Pasta is on the entree menu at 402 Eat + Drink in Village Pointe. 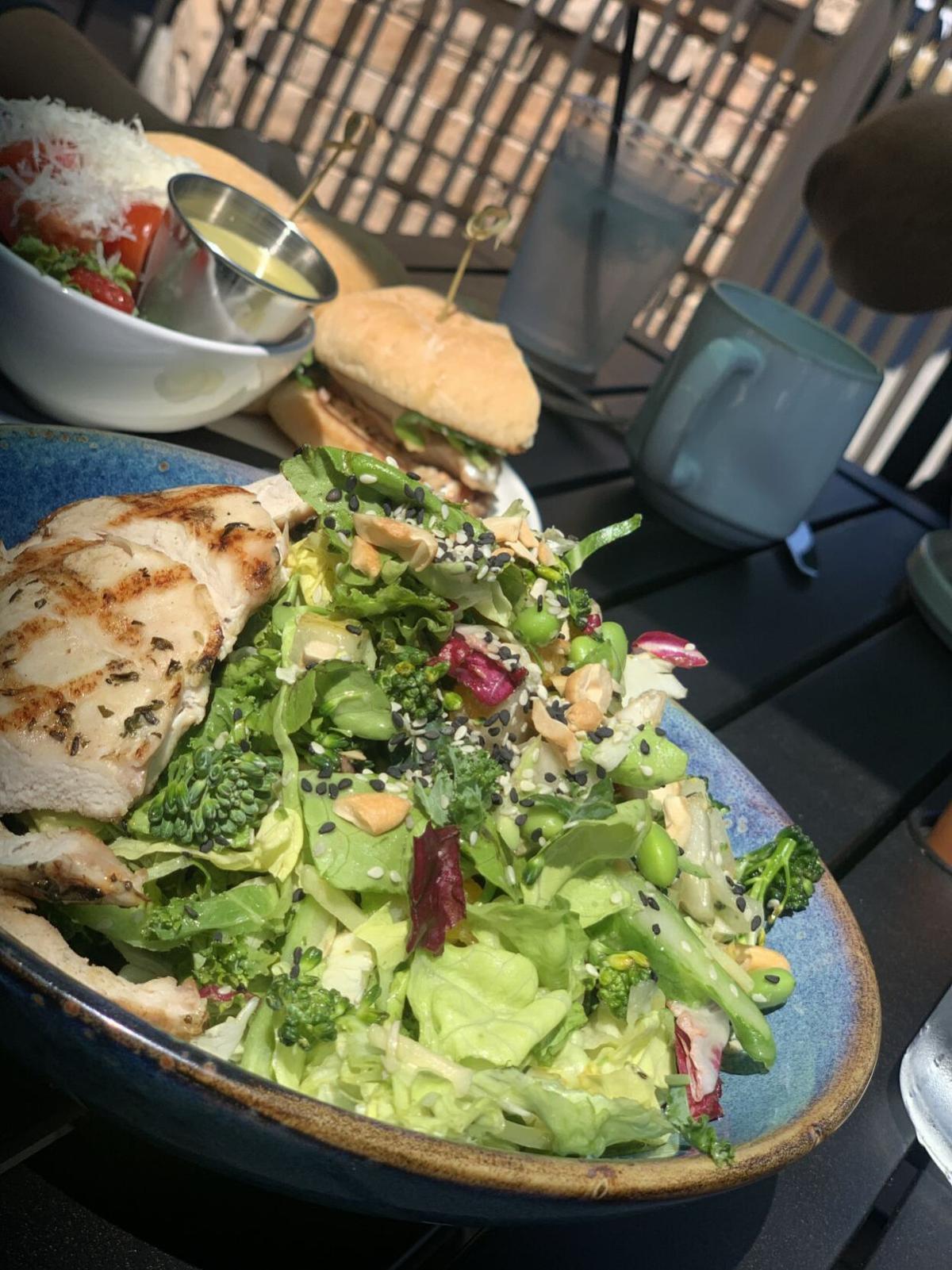 The Crunchy Salad and the Mediterranean Chicken Sandwich are two menu items at 402 Eat + Drink at Village Pointe.

The upscale casual restaurant is in a former shoe store at the mall. It features a diverse, globally inspired menu including cuisines from Peru, France, Korea, Mexico and other locales, said general manager Charles Stapleton.

It’s the Omaha version of 712 Eat + Drink in Council Bluffs. Janie and Ryan Rogers own both places, and also own The Porch and Glory Days, two Bluffs sports bars.

Oscar Hernandez, who has been with 712 Eat + Drink for four years, is the head chef. He also has worked at M’s Pub and the now-closed Pig and Finch.

Some of the food and drink at Lux has the same Cajun and Creole theme as Acadian Grille, with dishes such as crab cakes and boudin balls, and cocktails such as the Sazarac and the Hurricane.

The Omaha Magical Society needed a home for its library, amassed by members over several decades. UNO gladly obliged. Today, people around the world have access to it.

“We removed shows with large cast sizes from our fall and winter time slots” to protect actors, tech workers and audiences, said Allyson Wagner, the director of marketing and public relations.

Blue Barn's porch hasn't been used in months, but now the public can drop off canned food there.

Baela Rose restaurant in Dundee appears to be closed for good

Baela Rose, a farm-to-table restaurant in Dundee, appears to be closed for good.

Whether it was a bishop's ring or an iron lung, Rhonda Hall had a reputation as the go-to person for props at theaters across the Omaha area.

Chicken Pasta is on the entree menu at 402 Eat + Drink in Village Pointe.

The Crunchy Salad and the Mediterranean Chicken Sandwich are two menu items at 402 Eat + Drink at Village Pointe.