Dodgers vs. Rays: Updates from Game 1 of the World Series

Mike Parks used to bring a few extra sets of bean bags for participants to use during his league-play cornhole games.

He still has those bags. But nobody needs them.

The players have all invested in their own.

It’s just one of many signs that the competition at Goldeez Bar in west Omaha has been heating up as cornhole’s popularity has increased.

Parks’ 24-team league — which is set for a summer start on Thursday — has a waiting list for entry. He knows of others in Omaha that do, too. He heard about a fundraising event at The SkyBox last summer that welcomed in 50 two-person teams.

“When I started, I think there were a couple of leagues and a few places ran tournaments,” Parks said. “But now, I’d say there are 15 or 16 leagues at different bars in Omaha. There’s always random tournaments every week. It’s crazy. It’s just really taken off.”

And in only about three years’ time, Parks said.

Cornhole is a game that nearly everyone has seen in backyards during cookouts and on parking lots during tailgates. But it’s so portable that bars and breweries have incorporated it into their marketing plans.

You can talk smack, drink a beer and maybe win some prize money. (Parks’ league pays out a total of $1,000 to the top finishers.)

The coronavirus pandemic stalled the momentum. But as restrictions have loosened at restaurants and bars, cornhole organizers are starting to resume their planning. And players are ready.

At Benson’s 1912 bar on June 25, a couple dozen cornhole players gathered on the rooftop to toss bags for about three hours. Eric Elixson was there competing, and he hosts his own casual cornhole mixer that he hopes to resume next month at Lucky Bucket Brewery. Elixson posts about local events on the American Cornhole League Omaha Facebook page as well.

David Case set up a tournament on June 24 at the Nebraska Brewing Company. He spent about a week putting it together and got 15 teams to join in for the competition.

Case is in charge of a newly formed league at the Inner Rail Food Hall in Aksarben. He runs the cornhole event at the Cornhusker State Games and set up a Facebook page, I-80 Cornhole, dedicated to updates on the latest happenings in the region.

“There’s no shortage of places to play,” Case said.

Professional cornhole is no joke for Nebraska's top-rated player

The first time Case tossed a bag competitively was at Parks’ league at Goldeez. Now he’s filling up his free time with the game. There are tons of stories like that, Parks said.

“It’s a lot of fun,” he said. “Think of a bowling league family. You know all the guys at the lanes and the alleys. It’s exactly the same.”

Parks has built databases to chart stats for his league. He uses a scheduling app to set matchups. He’s got a Facebook page running to update the week’s events.

Consider it a labor of love for Parks. He’s never been one to shy away from his passions. He’s the guy who started up a select baseball team for his kids because he thought the other options were too expensive. Suddenly, he was booking fields, searching for umpires and buying uniforms.

So setting up a local cornhole league? That’s nothing, Parks said.

Plus, he enjoys seeing others embrace this game.

“It’s great because anyone can play, at any age — you just have to stand there and throw a bean bag,” Parks said. “It really is a good time.” 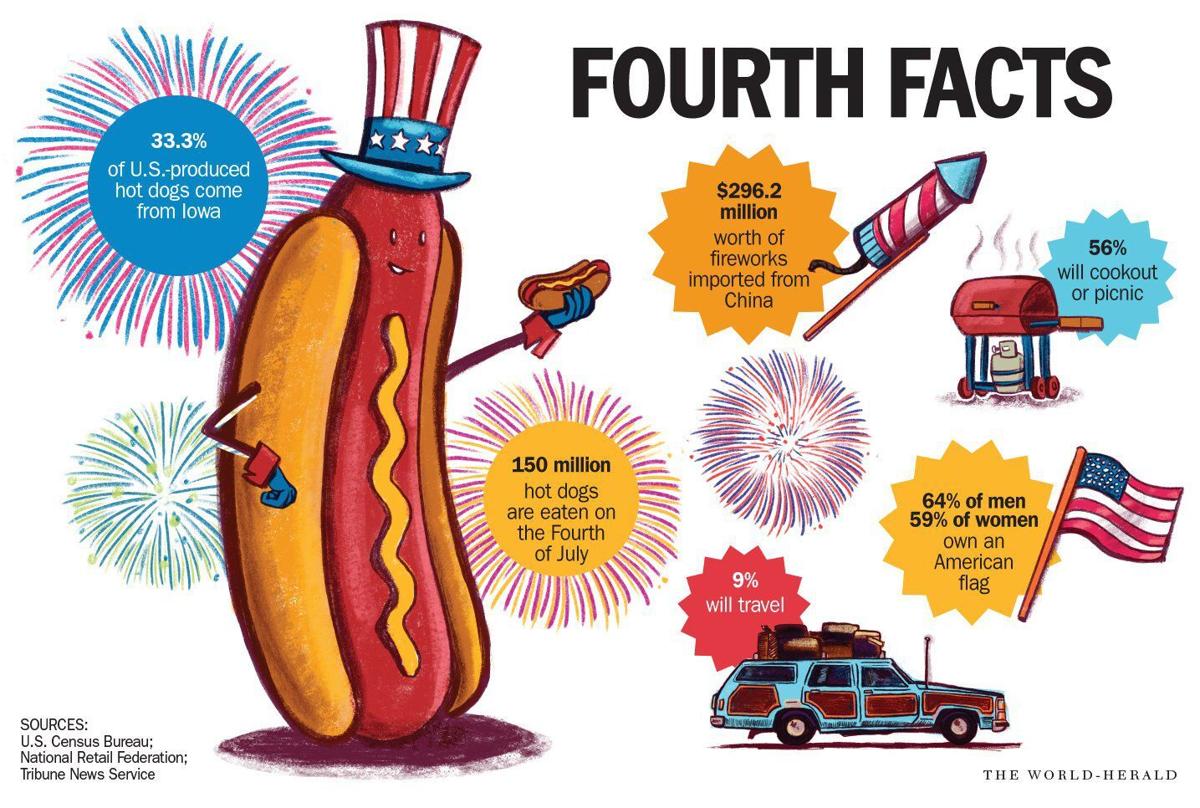 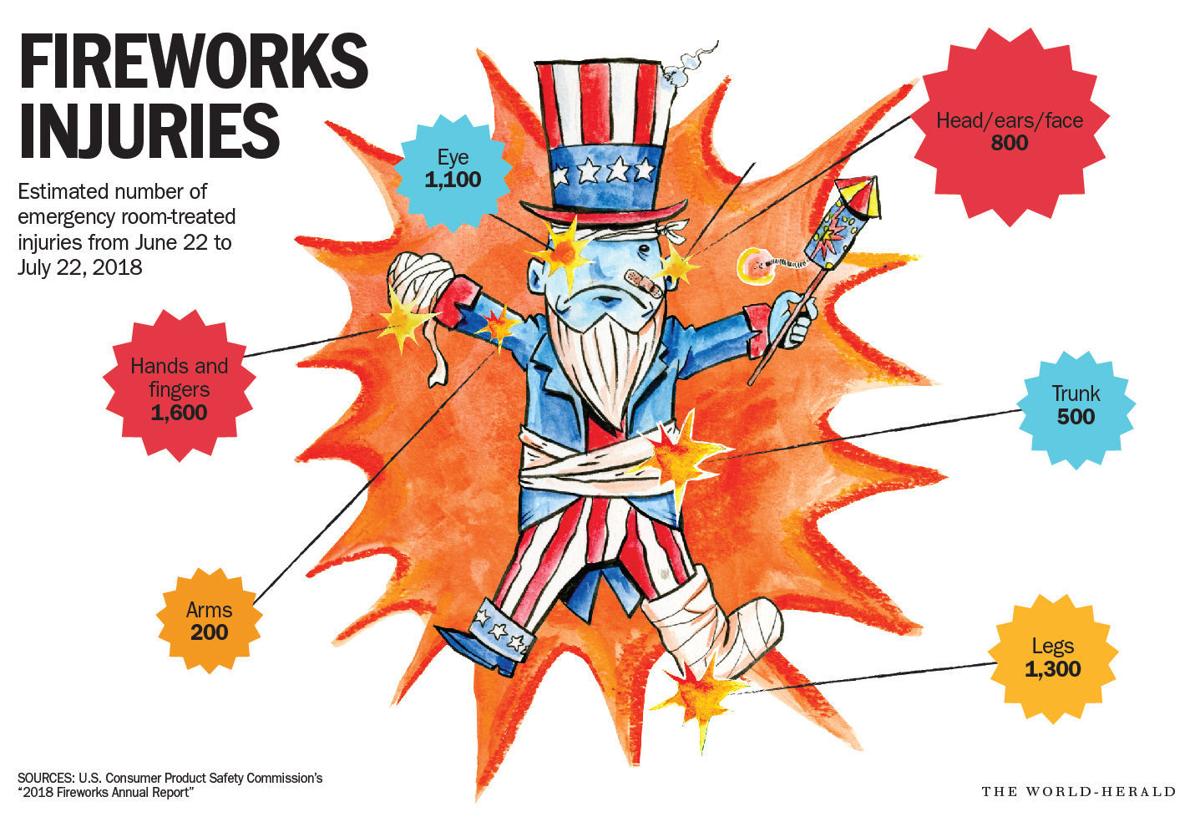 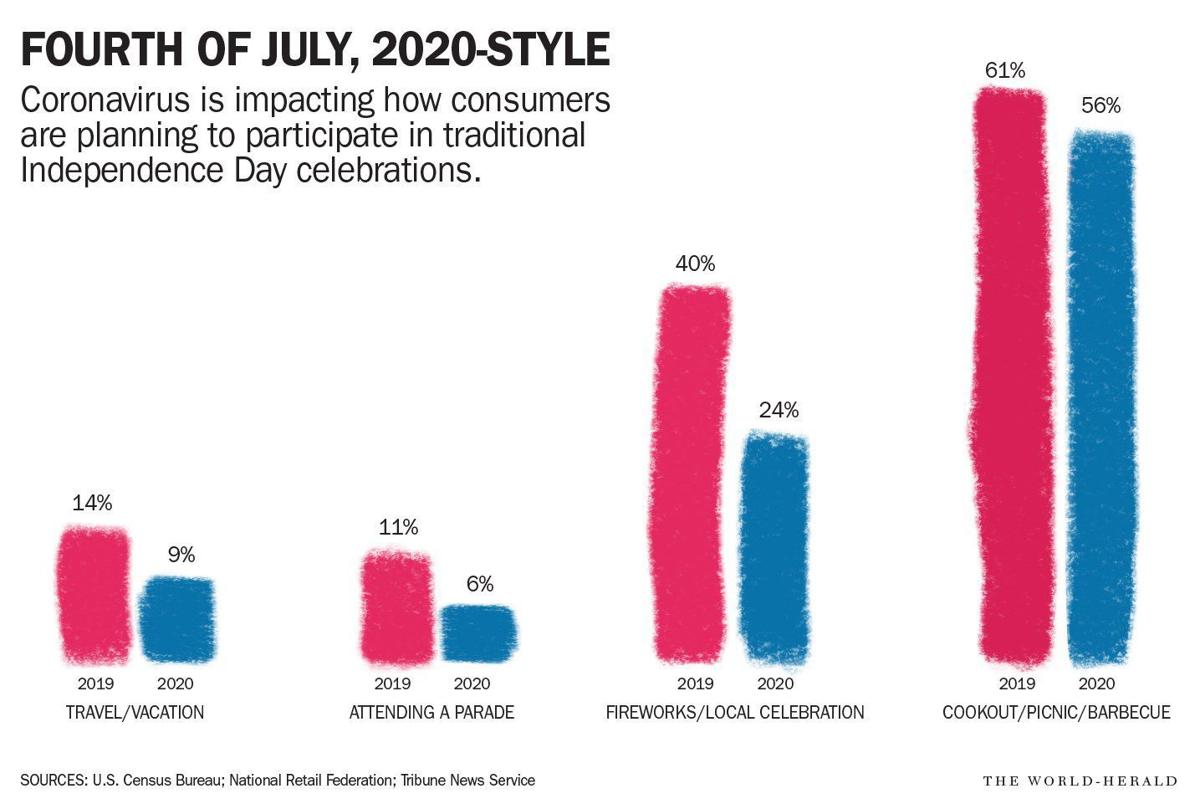 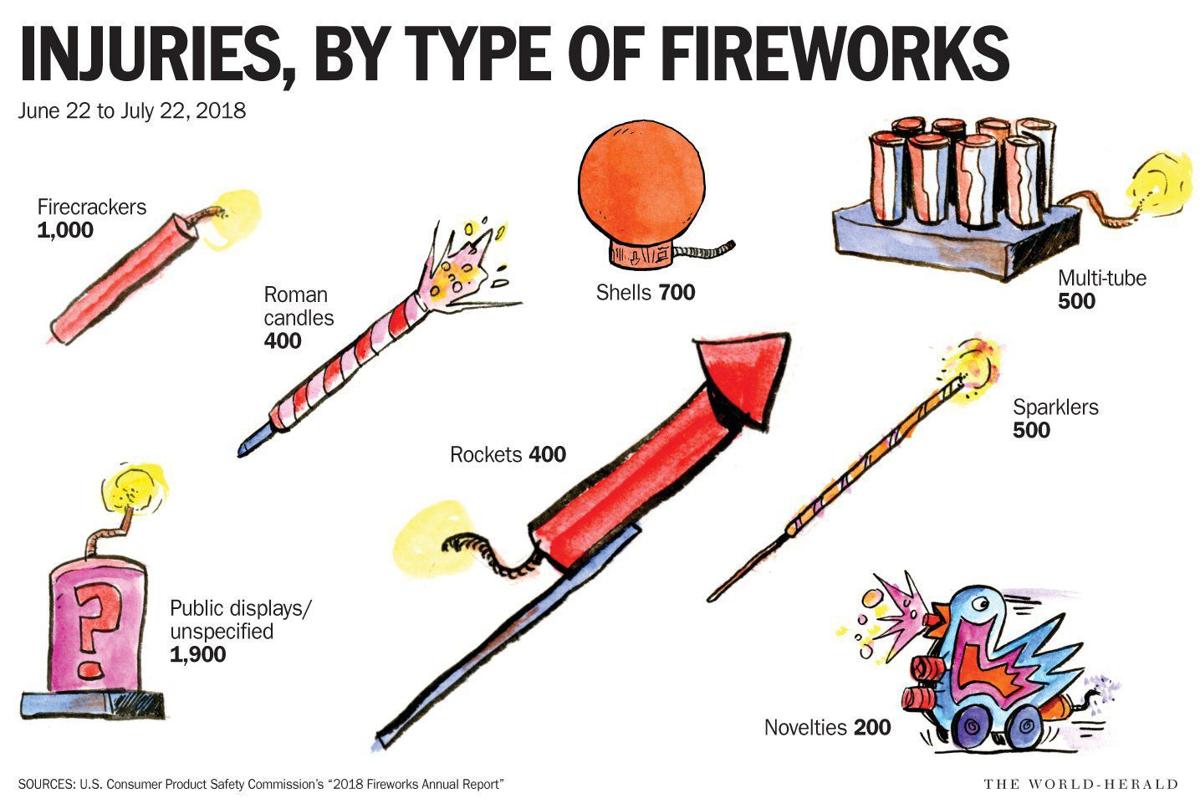 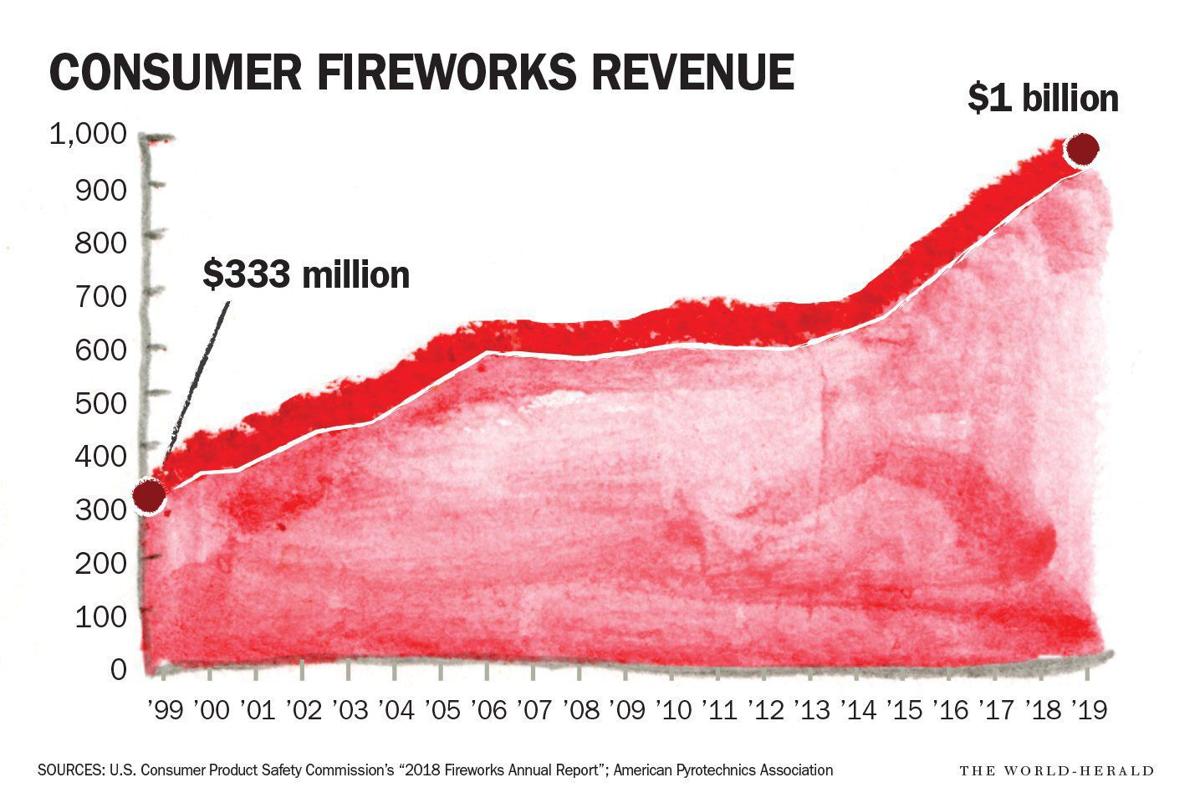 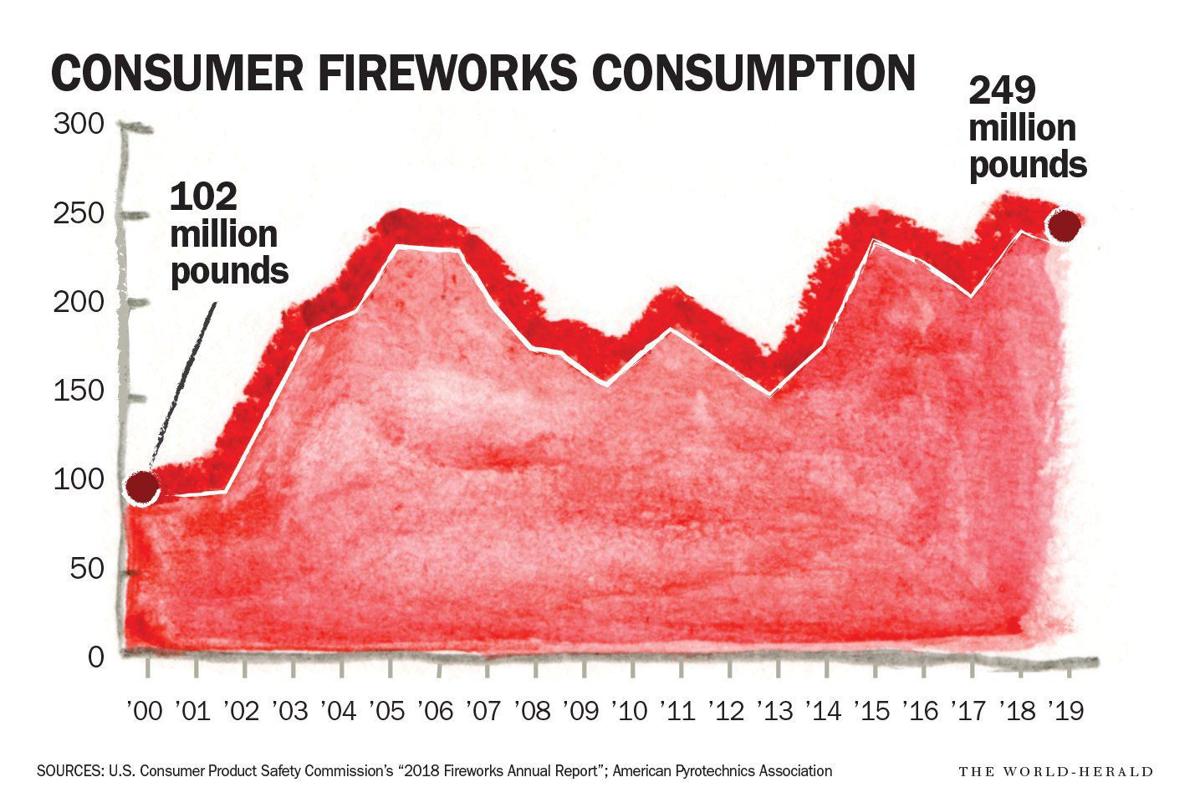 Fast facts about the Fourth of July

Here's where you can see Fourth of July fireworks in Omaha

The Omaha Convention and Visitors Bureau could only confirm a single fireworks show: the Independence Fireworks Spectacular at Werner Park on July 3.

It had been hard to get family members to share their stories until this passionate archivist came up with a more interactive plan.

Museums, historical societies want to hear your story of the pandemic and protests

Local museums and libraries welcome it all as they join together to preserve the stories of how the coronavirus and the Black Lives Matter movement are affecting Nebraska.

Papillion man turned his lawn into a 'yarden' for pollinators; 'It's not my yard; it's their yard'

Mike Williams calls the area in front of his house an oasis. Not for him — but for all the pollinators his landscaping attracts.

Omaha Fashion Week slims down fall show, goes on as a hybrid event

Tickets are on sale now for a combination of both live and digital ticketed experiences.

Organizers say Omaha Marathon will be held as planned

Because the Omaha Marathon could draw 1,000 runners or more, organizers need approval from the Douglas County Health Department to hold the event.

The happiest states to live in the US

The happiest states to live in the US