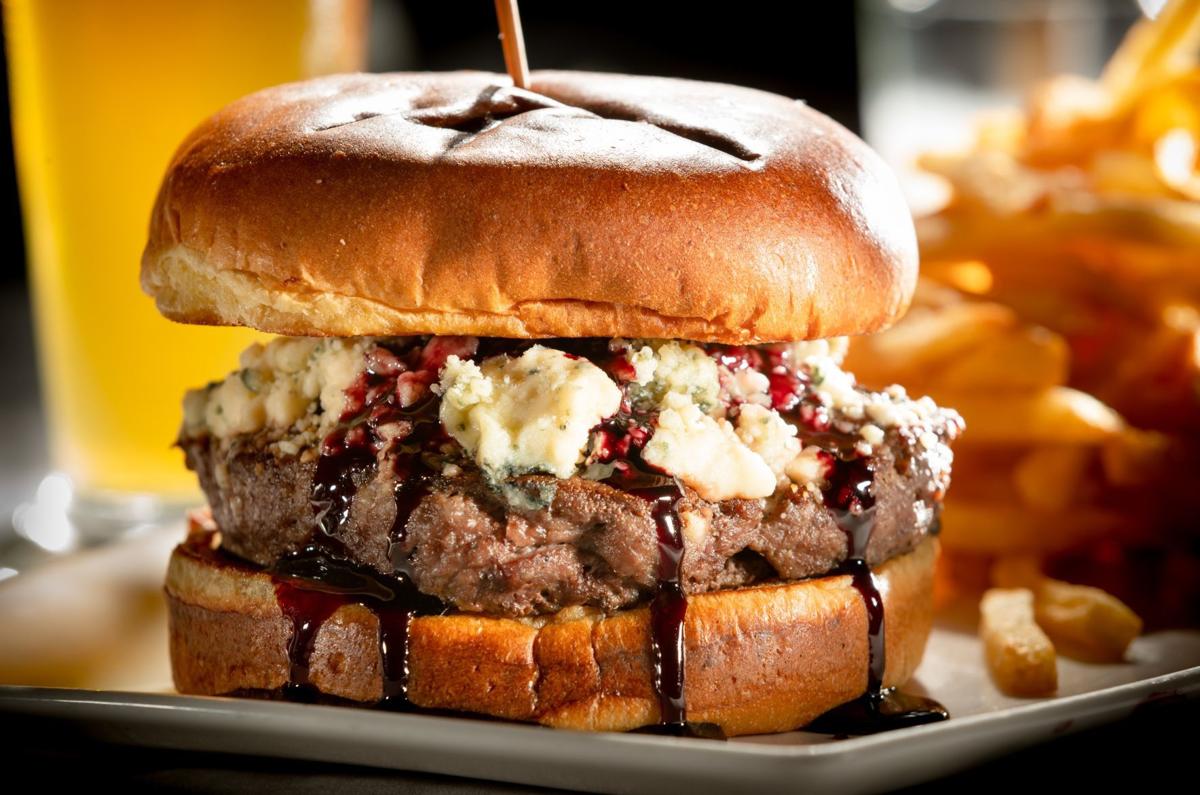 A Wagyu umami burger, with Maytag blue cheese and port wine syrup, at 801 Grill in Omaha. 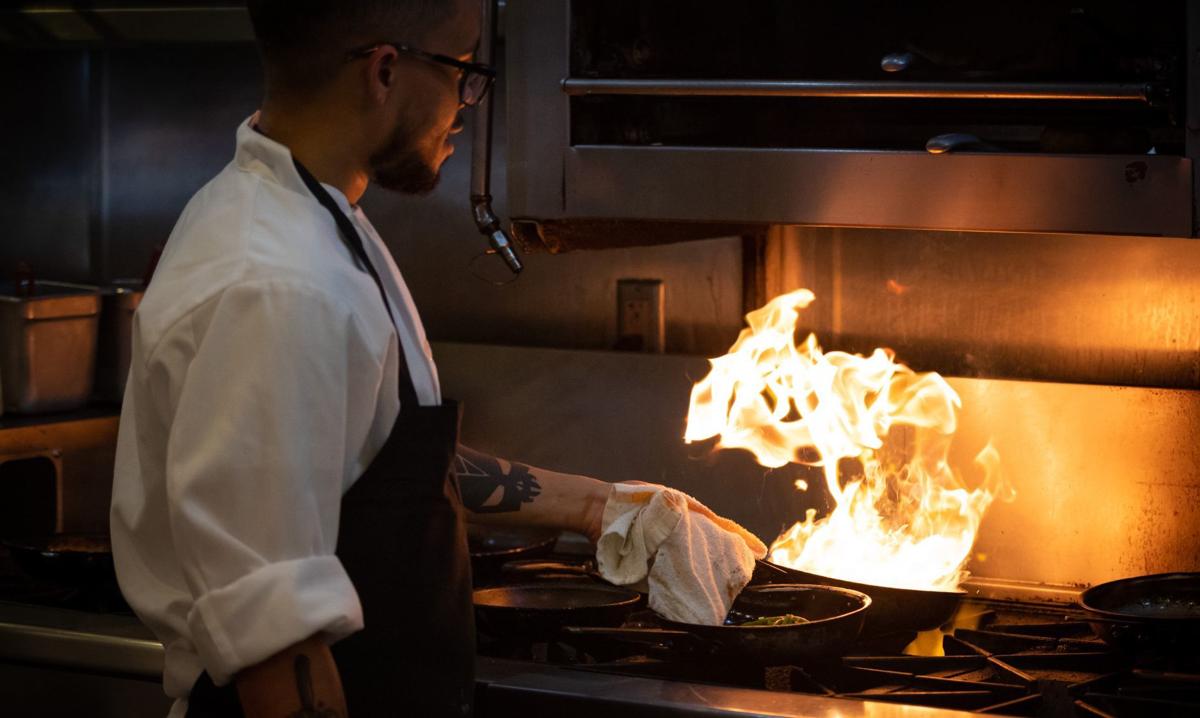 Line cook Ian Harvey in the kitchen of 801 Grill, located at One Pacific Place in Omaha. 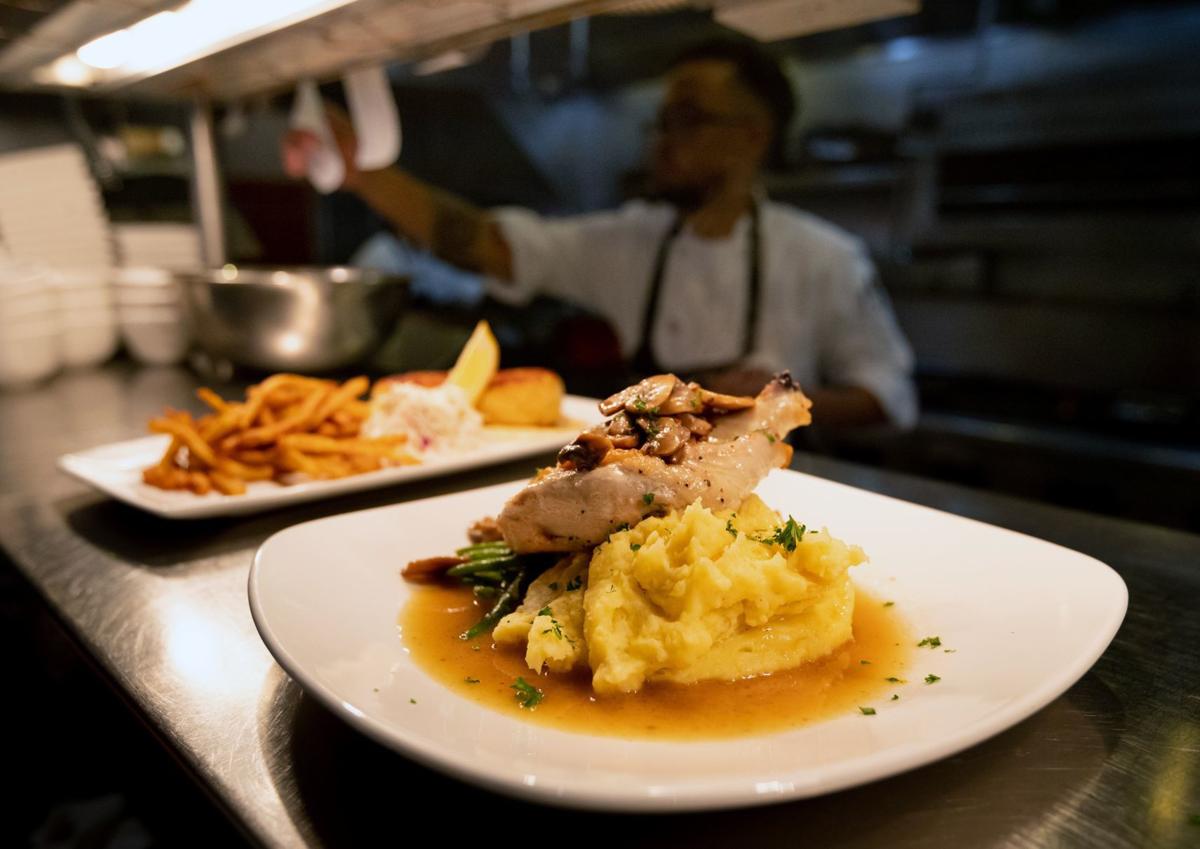 801 Grill, at One Pacific Place, occupies the space formerly home to Pig & Finch. 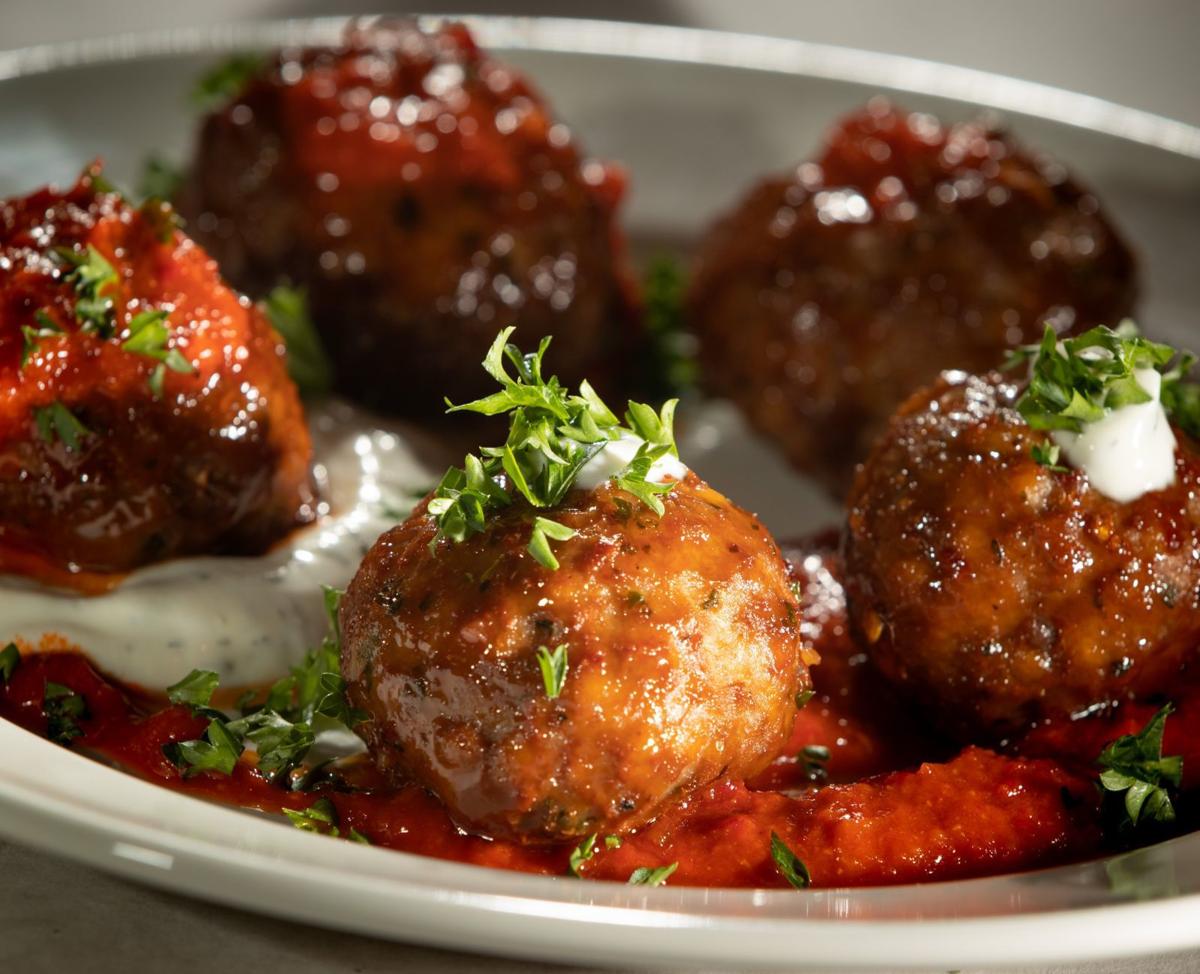 Lamb meatballs at 801 Grill in Omaha. 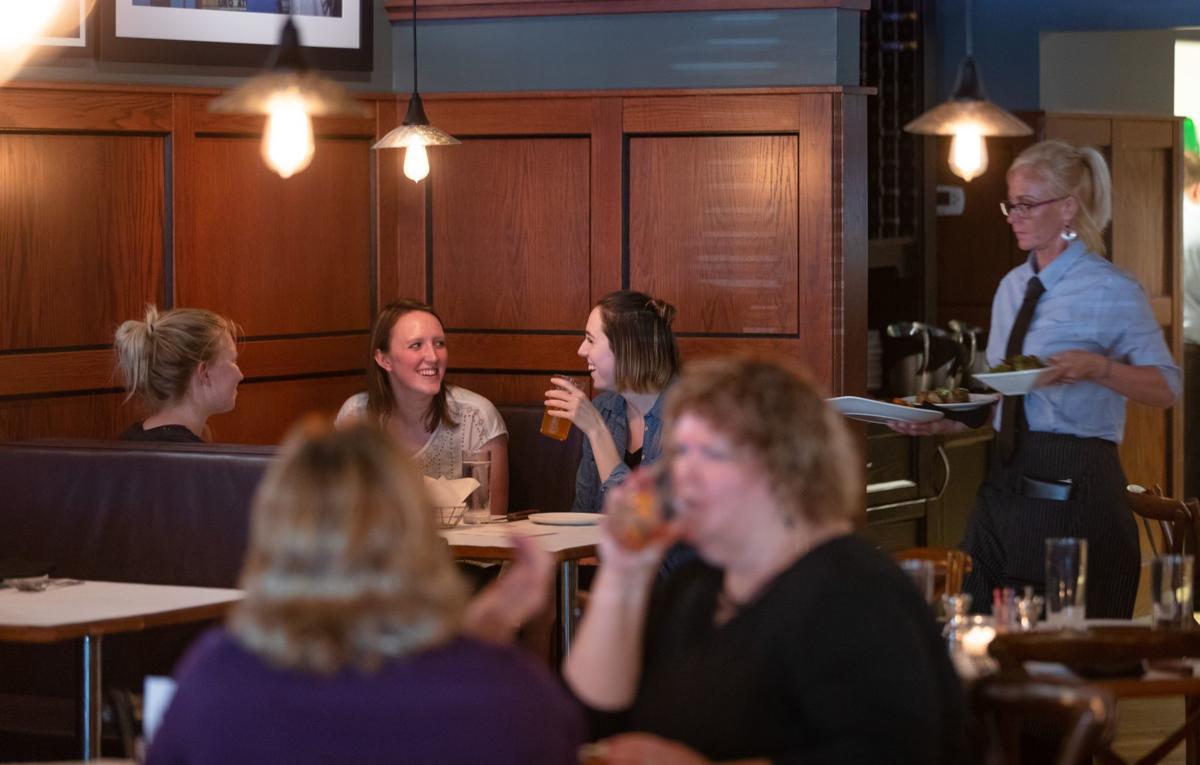 The dining room of 801 Grill at One Pacific Place in Omaha. The restaurant occupies the space formerly occupied by Pig & Finch. 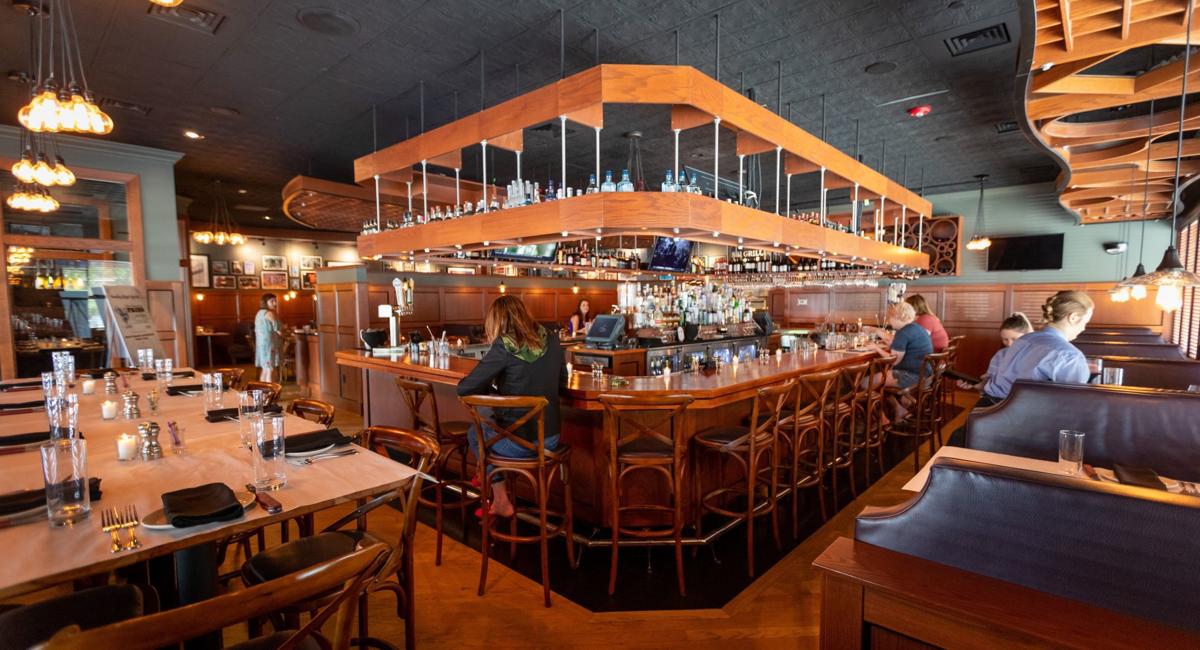 The 801 Grill’s bar is also up to par, turning out classics like Old Fashioneds and Manhattans and trendy drinks like a mezcal margarita. 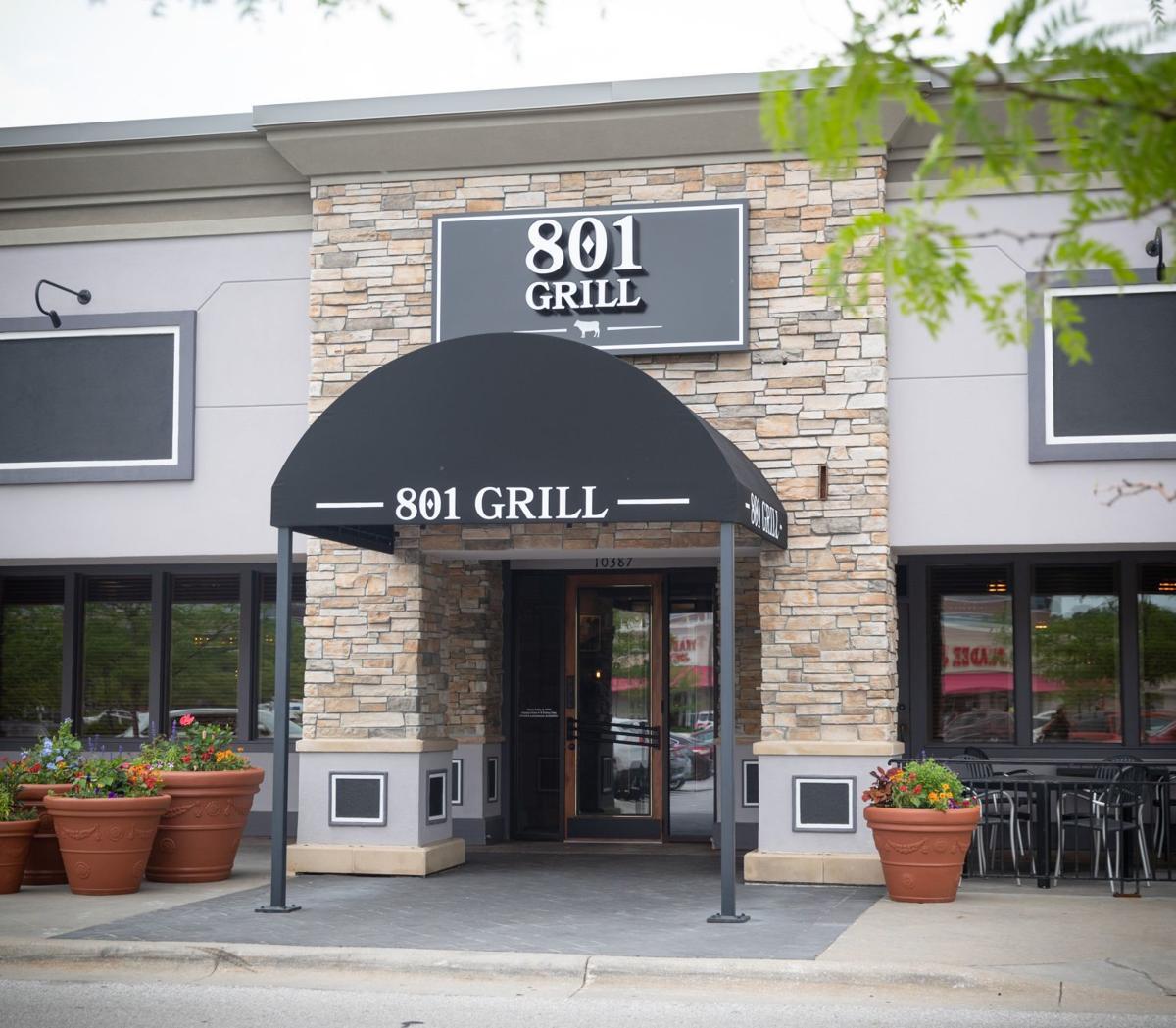 801 Grill, at One Pacific Place in Omaha, occupies the space that previously was home to Pig & Finch. 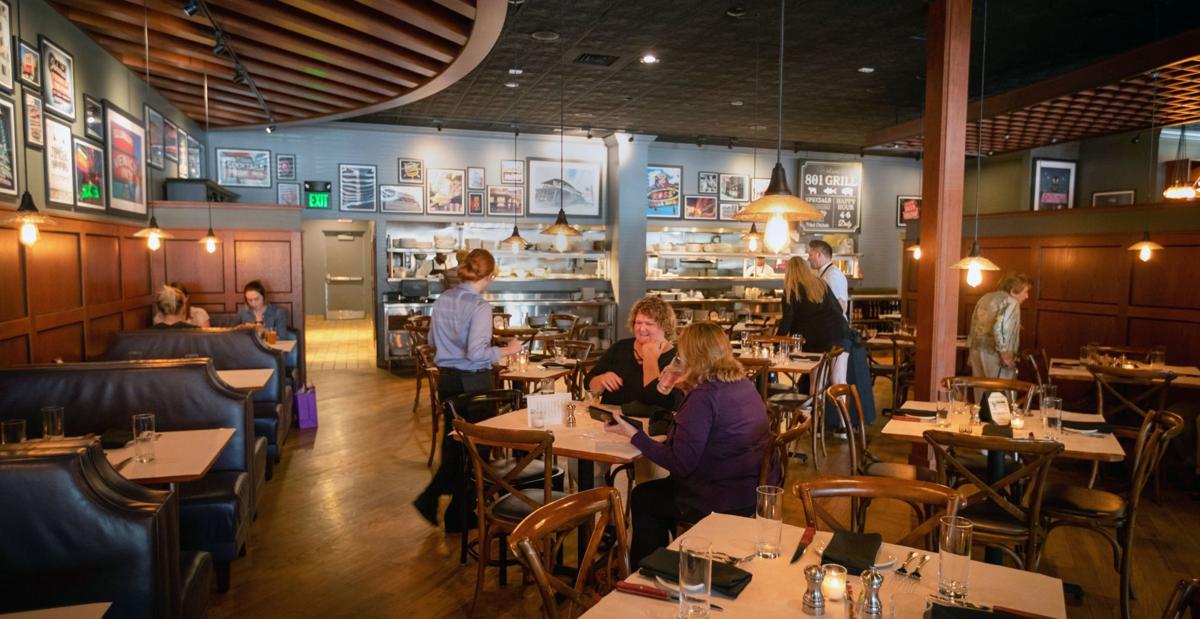 The dining room of 801 Grill, at One Pacific Place in Omaha.

The new 801 Grill, in One Pacific Place, isn’t trendy.

Instead, the restaurant, owned by the group that runs downtown Omaha’s 801 Chophouse, sticks to what it knows best: meat and potatoes, hearty sides and hefty desserts. But there’s one difference: At the Grill, the price point is less “special occasion” and more “weeknight treat.”

Take the herb-marinated skirt steak I had the first night. Cooked to a perfect medium rare and served sliced, it comes topped with a bright, herbaceous chimichurri sauce and one side; I chose asparagus. At $26, it comes in well below the most inexpensive steak at the Chophouse, which clocks in at $46 and comes à la carte.

I talked to Chris Harris, chief financial officer at 801 Restaurant Group, after my visits. He said the owners didn’t want to dilute their brand with a lower-priced menu, but also saw an opening in Omaha’s restaurant market for a high-end “neighborhood grill.” The 801 group also ran the more adventurous Pig & Finch in the same location. This time around, Harris said, the approach was more classic.

The main difference: All the meat at the Chophouse is USDA Prime, among the upper echelon of meat. At the Grill, it’s certified angus beef, which Harris said is still good, but lower priced.

I recognized a handful of dishes, sides especially, from past 801 experiences. The creamy macaroni and cheese topped with crisp buttered breadcrumbs, for instance, tasted familiar. It came at the side of an excellent half rack of smoky, saucy pork ribs — ribs so tender and flavorful that I’m not afraid to say they were some of the best I’ve had in town.

Inside, the Grill is all dark wood and big booths, with dim, golden lighting. The space doesn’t look drastically different from the previous restaurant. It fits well with the meaty menu.

The cocktail menu has the classics — I’d expect nothing less of a classic Manhattan, which was great, at a place like 801 — but we also liked a mezcal margarita, made with blood orange liqueur. They did a classic Old-Fashioned just right, and I also liked an original cocktail called the Sleepy Cat, with its tangy finish perfect for summertime.

The wine list is large and affordable, and I appreciated the varied by-the-glass offerings.

The lamb meatballs on the appetizer menu are delicious, with the hint of gaminess the meat is known for. I appreciated that the kitchen didn’t try to cover that flavor but instead enhanced it with a delicious harissa yogurt and a creamy dill sauce. I liked the meatballs better than the onion rings, which had a thick, pale batter that could have used more flavor.

I really liked two petite crab cakes, chockablock with big chunks of meat and browned to a crispy exterior. They come with house-cut french fries seasoned thickly with Old Bay, and while I usually skip fries, these were downright delicious. A creamy garlic dipping sauce was good on both the cakes and the fries.

The restaurant serves a handful of specials, including a $16 fried chicken dinner on Sunday nights. But we opted for the prime rib, which came perfectly cooked medium rare, as ordered, and had a wonderful depth of flavor. Both times that I tried the side of asparagus the woody bottoms of the vegetable hadn’t been trimmed; if you order it, stick to the more tender top half of each stalk.

The umami burger is no joke; it served as another reminder that at its core, 801 is about beef.

Cooked to a medium pink center, the thick wagyu patty comes topped with a heap of funky Maytag blue cheese, its soft, warm bun slathered in a port wine reduction sauce. It’s decadent; one of those burgers that makes you forget all about the word “calories” and just enjoy.

I didn’t want to leave without trying at least one dessert, and the Grill’s New York-style cheesecake didn’t disappoint. A towering slice of dense, rich cake with a crumbly graham cracker crust is certainly enough for two or even three diners. We managed to eat about half of it before resting our forks.

This is the first 801 Grill location in the country, and Harris said the group chose Omaha because the downtown Chophouse has such a following here. It won’t be the last, I’d guess.

The simpler menu and large portions will please most diners. But it also pleased me because it treats meat respectfully and the kitchen knows how to cook it. There are creative blips on the menu, but overall, it’s not intimidating. It’s comfortable.

Hits: The Umami burger was outstanding, and the ribs rank among the best I've had in town. Also: The Old Bay-seasoned fries and the cheesecake.

Misses: A grilled asparagus side came with a woody texture, especially near the bottom of the stalk.

Drinks: House and classic cocktails and a big list of well-priced wine, both by the glass and the bottle.

Other things to know: Downtown's 801 Chophouse deals in USDA Prime beef; the Grill serves certified angus — allowing for more modest prices. There is a happy hour from 4 to 6 p.m. daily.

Britney Spears slams documentaries about her life as 'hypocritical'

Dining reviews from around Nebraska

The "Toast to Summer" tasting will include four special cocktails paired with food.

Adam Weber will move to Italy and work for winemaker Gaia Bucciarelli.

City Sprouts' event will showcase kimchi and sauerkraut as well as fermented drinks, like kombucha and beer.

Shahi Indian Grill is headed to the Old Market.

Acadian Grille Scratch Kitchen, which is serving a menu of Cajun classics, is now open.

Review: Yamato Sushi Train is a fun ride, but the 'special sauce' is a bit much

File the sushi conveyor in the “super fun but kind of random” folder.

The bison burger is a big hit at the Joe Ricketts-owned joint that isn't shy about the fact that it serves lower-calorie meat.

Review: At Freezing, rolled ice cream is more fun to watch than it is to eat

Judging by its long lines, Freezing's customers like to see their ice cream being made.

A Wagyu umami burger, with Maytag blue cheese and port wine syrup, at 801 Grill in Omaha.

Line cook Ian Harvey in the kitchen of 801 Grill, located at One Pacific Place in Omaha.

801 Grill, at One Pacific Place, occupies the space formerly home to Pig & Finch.

Lamb meatballs at 801 Grill in Omaha.

The dining room of 801 Grill at One Pacific Place in Omaha. The restaurant occupies the space formerly occupied by Pig & Finch.

The 801 Grill’s bar is also up to par, turning out classics like Old Fashioneds and Manhattans and trendy drinks like a mezcal margarita.

801 Grill, at One Pacific Place in Omaha, occupies the space that previously was home to Pig & Finch. 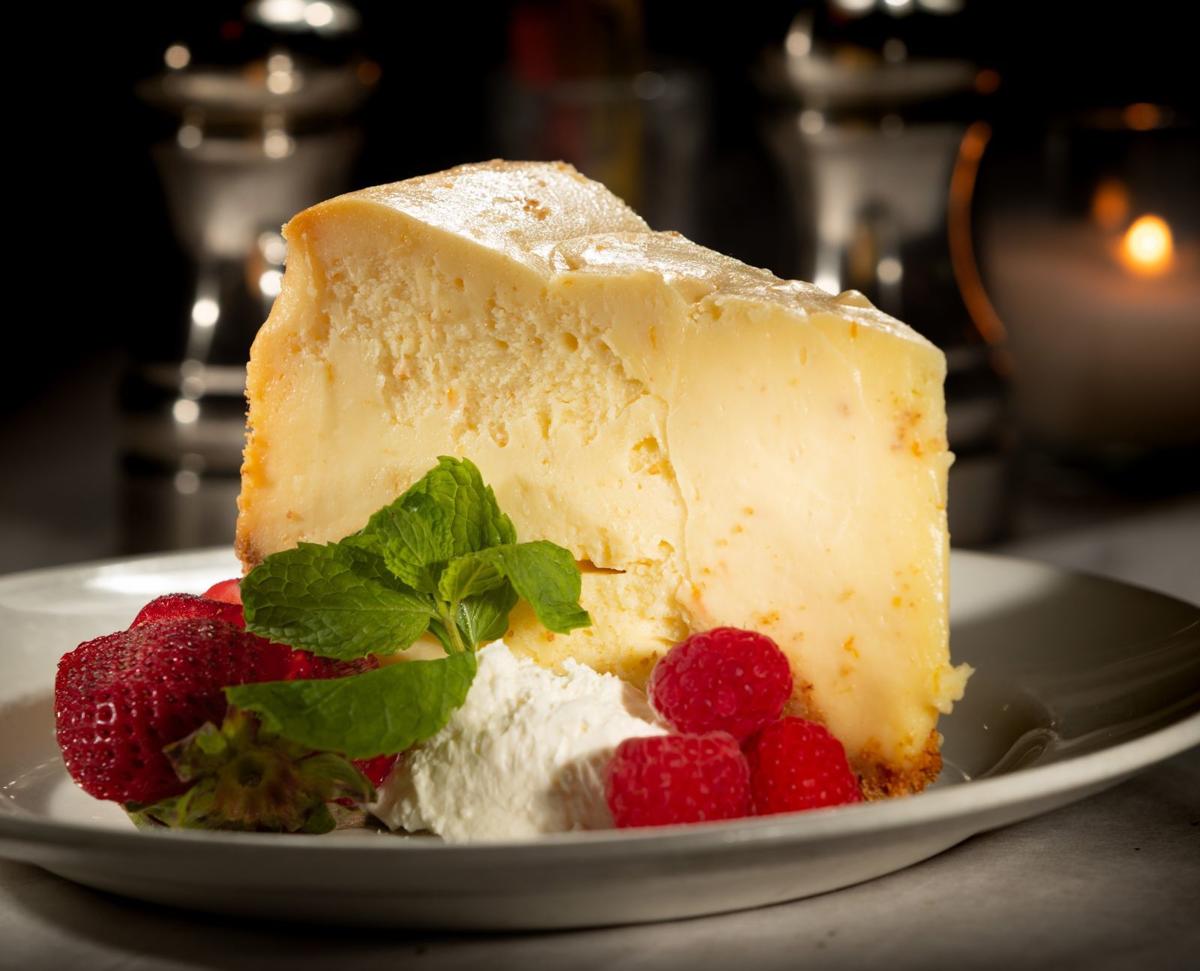 The New York-style cheesecake at 801 Grill comes on a crumbly base of graham crust.

The dining room of 801 Grill, at One Pacific Place in Omaha. 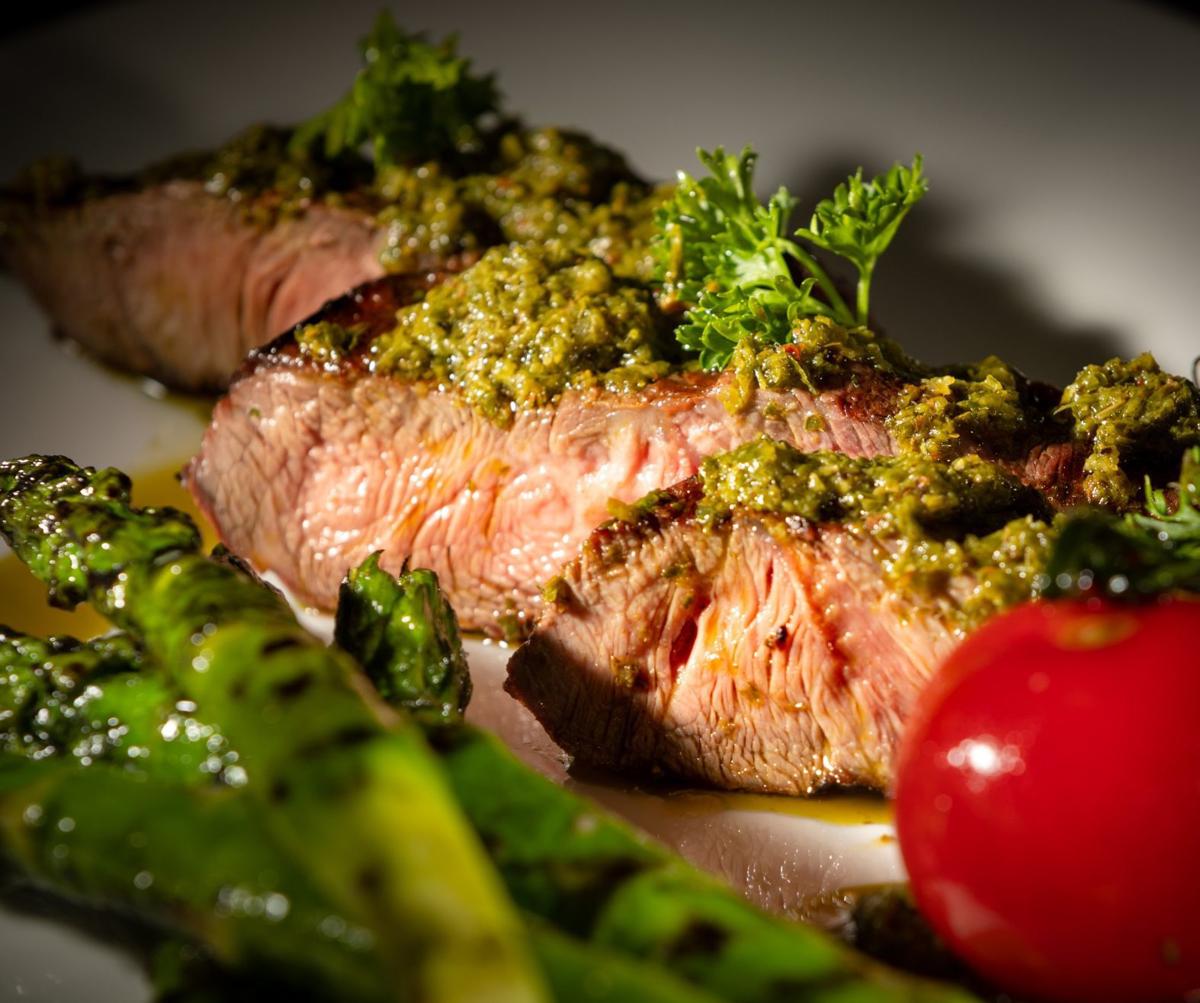 801 Grill, a new restaurant by 801 Restaurant Group, is at One Pacific Place in Omaha. 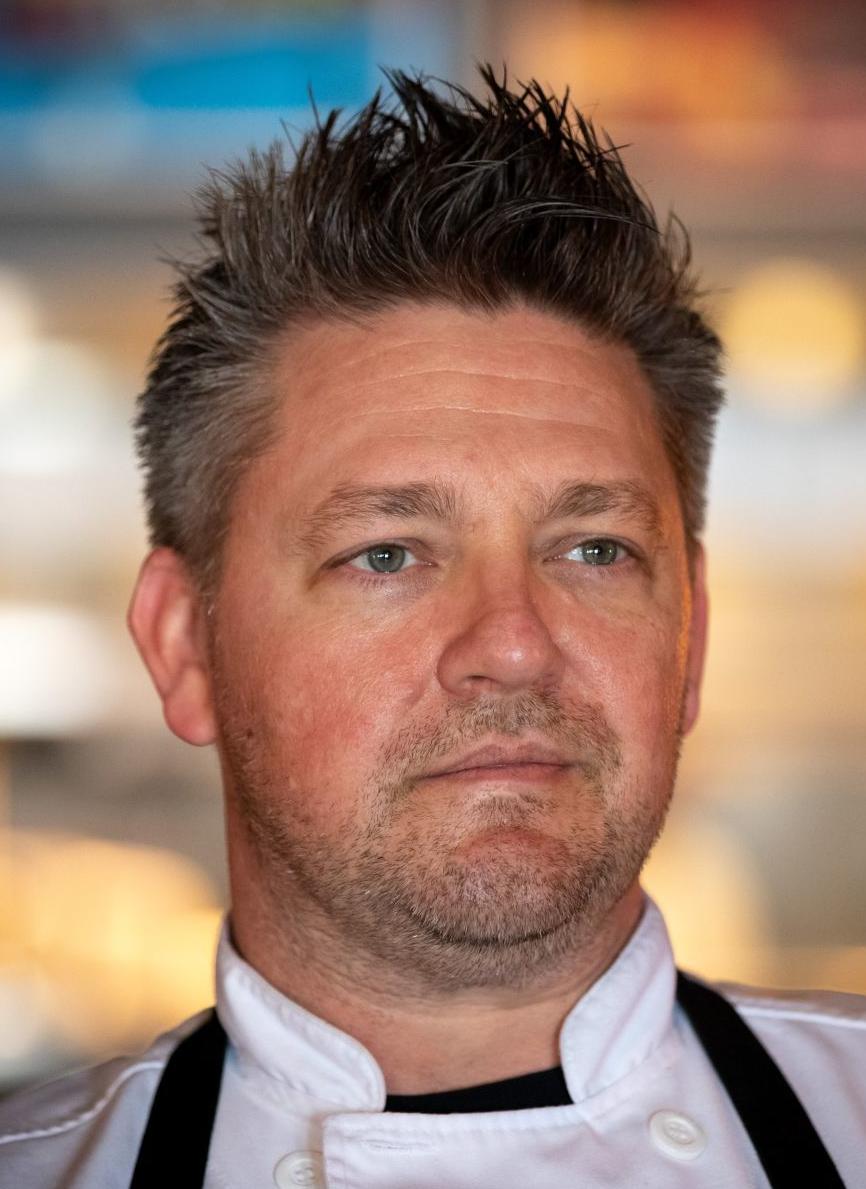