Omahan Tyrone Beasley is happy and thriving in the career he never thought he wanted.

His dad, John Beasley, a nationally known actor, tried to persuade his son to consider the theater life, but Tyrone resisted, thinking he was too shy. He went his own way and pursued a degree in visual arts from the University of Nebraska at Omaha.

Then Tyrone saw “Rain Man,” and everything changed.

He’d seen plenty of plays in his 20-some years, but nothing in them affected him like the performances in the 1988 film.

“The thing that really grabbed me was the talking — they (an autistic character and his brother) were talking over each other. That seemed natural,” Tyrone said. “I said, ‘That’s what I want to do.’ ”

So he can now thank superstars Dustin Hoffman and Tom Cruise for a rich and diverse life: He’s been an actor in Chicago, Atlanta and elsewhere; earned a graduate degree in theater from California State University, Long Beach; ran his father’s John Beasley Theater in Omaha, where he honed his directing skills; and now is the artistic associate director of outbound programming at the Rose Theater, working with underserved youths throughout the community.

The last few months, Beasley also has found the time to direct “A Raisin in the Sun,” opening Thursday at the Omaha Community Playhouse. Though he’s become a fixture in the Omaha theater landscape, it’s his first production at the Playhouse, either as an actor or director.

He hardly had to think about accepting the job. He’s thrilled that his Playhouse debut is Lorraine Hansberry’s groundbreaking 1959 play about a tight-knit black family that faces housing discrimination and other issues in Chicago.

“It’s a play that resonates as strongly today as it did when it was first produced,” Beasley said.

The play, based on real-life events, lends itself well to Beasley’s directing style, a system he has refined over the years after working with noted directors.

Among his early jobs was playing the Prince of Morocco in “The Merchant of Venice” at the famed Goodman Theater in Chicago. That play’s director was Harvard graduate Peter Sellars, who is known for his innovative leadership not only over plays, but opera and symphony performances as well. (He’s not, of course, the late actor from the “Pink Panther” movies.)

Beasley said he learned things from Sellars as a grateful, wide-eyed newbie that he morphed into his own process.

Back then in Chicago, the young actor was the first to audition one Saturday for a part in “The Merchant of Venice.” Beasley read a monologue from “Much Ado About Nothing,” a different William Shakespeare play, then Sellars asked him to do it another way, with more anger. Beasley complied, Sellars said thank you and it was over.

“Why am I banging my head against the wall?” he asked himself. “I need a real job.”

When he got home, he had a message on his answering machine from Sellars, who said he realized they hadn’t taken the time to talk at his audition. Blame it on being the first that day, the director said. Sellars told Beasley he was impressed that he didn’t go too far to comply with his suggestions, but stayed true to his convictions about the character of the prince.

“He said he hadn’t met an actor like me,” Beasley said. “I said, ‘I’ve never met a director like you, who’s willing to talk.’ It was enough to keep me going, even if I didn’t get the part.”

Beasley got the part, then learned that it entailed not only a run in Chicago, but a European tour that would include a stop at Britain’s The Royal Shakespeare Theatre.

He eventually made his way to New York City, where he started to encounter performers he recognized from movies. When he sat next to Philip Seymour Hoffman one day, it dawned on him that the two of them had something in common.

Now 54, Beasley puts everything he absorbed during his early years in the business to use as a director and in his work at the Rose.

Techniques he learned from Sellars are at the forefront. During “The Merchant of Venice,” Sellars made his main objective talking with his actors about anything and everything — sometimes even at dinner. He also gave actors feedback in the middle of the play’s run. Many directors end their work after a premiere, handing the play over to the stage manager.

For “A Raisin in the Sun,” Beasley has shared research about civil rights and racism with his Playhouse cast. In the play, members of the Younger family plan to use an insurance payout to move into a home, but are thwarted because of institutional racism.

The director used a 1951 incident in Cicero, Illinois, to drive home what the Youngers were facing. About 4,000 white people took to the streets in the town to prevent a black family from moving into an apartment in their neighborhood. He also talked to the cast about political machinations in presidential administrations during the civil rights movement.

He had the cast improvise how they would perform a pivotal scene from the play: a typical morning in the cramped Younger household. The exercise, he said, would help them define and follow their instincts.

His mantra: Take your time and don’t fear failure.

She said Beasley encourages actors to be natural and try to relate to their characters in a real way.

“I didn’t have any expectations of what a director would be like, but he’s not one of those people who are constantly, ‘Do it this way’ or ‘Do it that way,’ ” she said. “He asks, ‘How would you do this instinctively?’ That has really helped me. He’s a great guy.”

He’s also calm and soft-spoken, with no apparent pretensions. That, no doubt, helps him in his full-time job with the Rose Theater, which takes him out into the community to work with agencies such as Girls Inc. and Banister’s Leadership Academy. He’s also in charge of the Rose’s Young, Gifted and Black program.

With kids, he brainstorms how to create theater out of issues such as gang violence, teen pregnancy, the foster care system and youth incarceration.

He also works with young men at the Nebraska Correctional Youth Facility.

“They start off the first day — some are ‘voluntold’ for the class — saying, ‘I don’t wanna be here,’ ” he said. “By the end, they’re saying, ‘When are you coming back?’ ”

That, he said, is one of the things that makes him proud and happy that he chose a theater career.

He might not have to coax much for at least one of them to become a performer like Dad — and Grandpa.

The youngest, a girl, “already loves to dance,” Beasley said, and an instructor at the Rose is eager to sign her up for classes.

‘A Raisin in the Sun’ at the Omaha Community Playhouse

Brodhi McClymont, 13, performs as Travis Younger during a play rehearsal of 'A Raisin in the Sun'

Tyrone Beasley checks out the stage and set with cast members before rehearsal.

Tyrone Beasley talks with members of the cast, including Karen Fox.

Tyrone Beasley directs a 'A Raisin in the Sun'

2020 is going to be a good year for music, movies and more. Here are more than 40 reasons why

So many movies. Some really epic concerts. Broadway shows. Video games (and new consoles) we can't wait to play. And so much more.

Longtime Broadway favorite "Les Misérables" is coming to the Orpheum starting Tuesday. "A Raisin in the Sun" and "Murder on the Orient Express" are coming soon to the area.

How to make 2020 more musical: 10 resolutions for a music-filled new year

It's time for another set of New Year's resolutions. But you can do stuff like save money and lose weight somewhere else. These suggested resolutions are all about music: listening, playing, enjoying and experiencing.

Need an extra reason to go see 'Les Mis' at the Orpheum? Its star is a Husker fan

Patrick Dunn, who plays Jean Valjean, will be in Omaha with the touring production of "Les Misérables" starting Tuesday. He's excited to be here playing the lead role in the musical because he has family in Lincoln.

Best of the weekend: Omaha's Topgolf facility becomes a spectacle; A sneak peek at Papillion Landing — plus 6 other must-reads

Preview: Skydiving wasn't an option, so she studied acting and got a lead role in 'A Raisin in the Sun'

Retiree Karen Fox is portraying one of theater's signature roles in her very first play. She said she went to the audition mainly because she fit the age range. "There are not a lot of parts for people in their 60s, women especially," she said.

Review: Epic 'Les Mis' production can move you to tears, even if you've seen it before

Wonderful music, a talented cast and a story of redemption make this Broadway musical worth seeing at the Orpheum. Other than a couple of missteps, "Les Misérables" is everything they say it is.

Review: Tyrone Beasley's take on 'A Raisin in the Sun' will pull you in and make you think

Newcomers in "A Raisin in the Sun" deliver a heated climax and a satisfying ending.

Why is a Backstreet Boy in town? Howie D puts finishing touches on musical at Rose Theater

Howie D has been flying under the radar in Omaha for about three weeks. 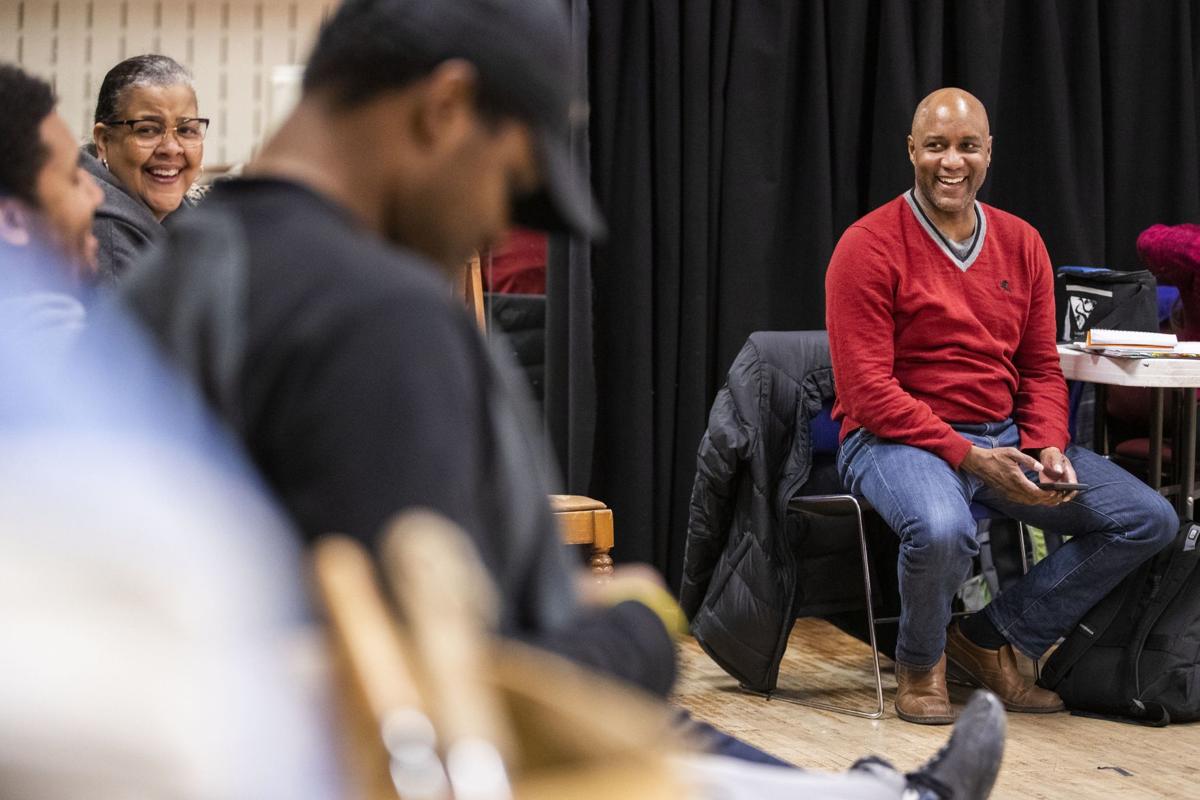 For "A Raisin in the Sun," Omahan Tyrone Beasley has shared research about civil rights and racism with his Playhouse cast. 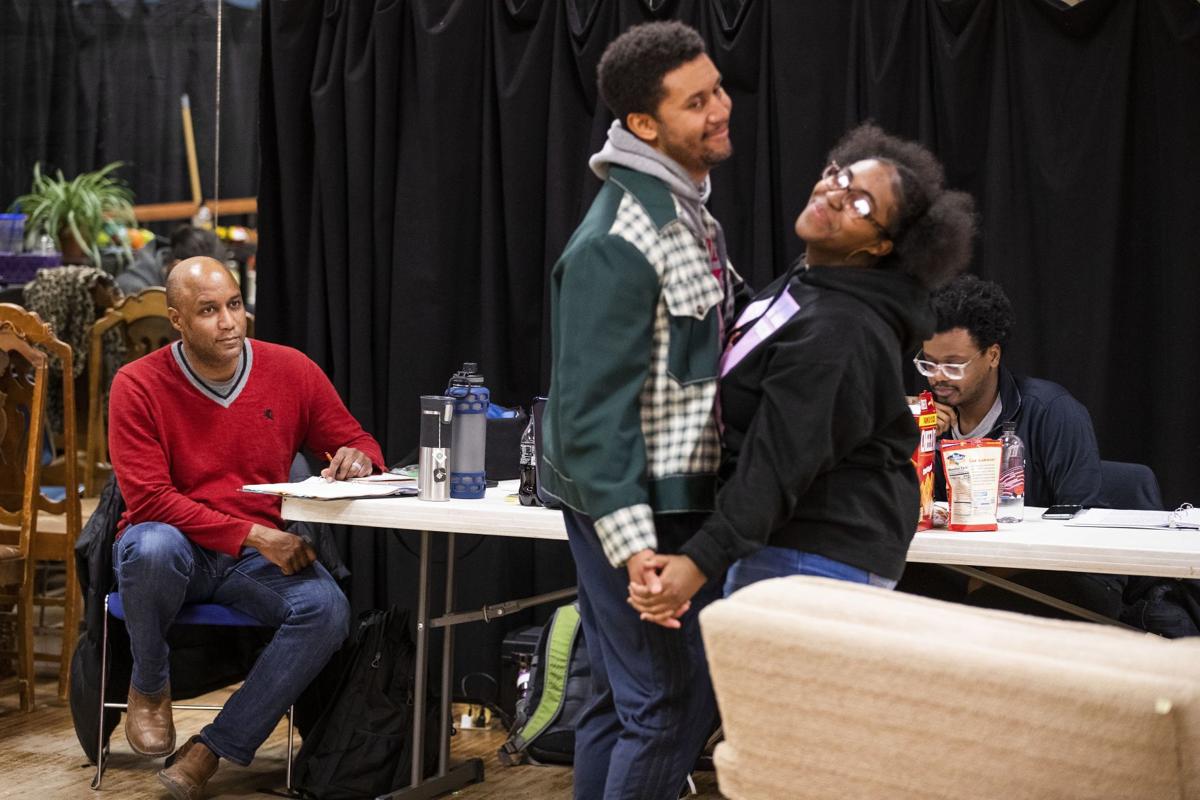 'A Raisin in the Sun' is Tyrone Beasley's first production at the Omaha Community Playhouse, either as an actor or director. 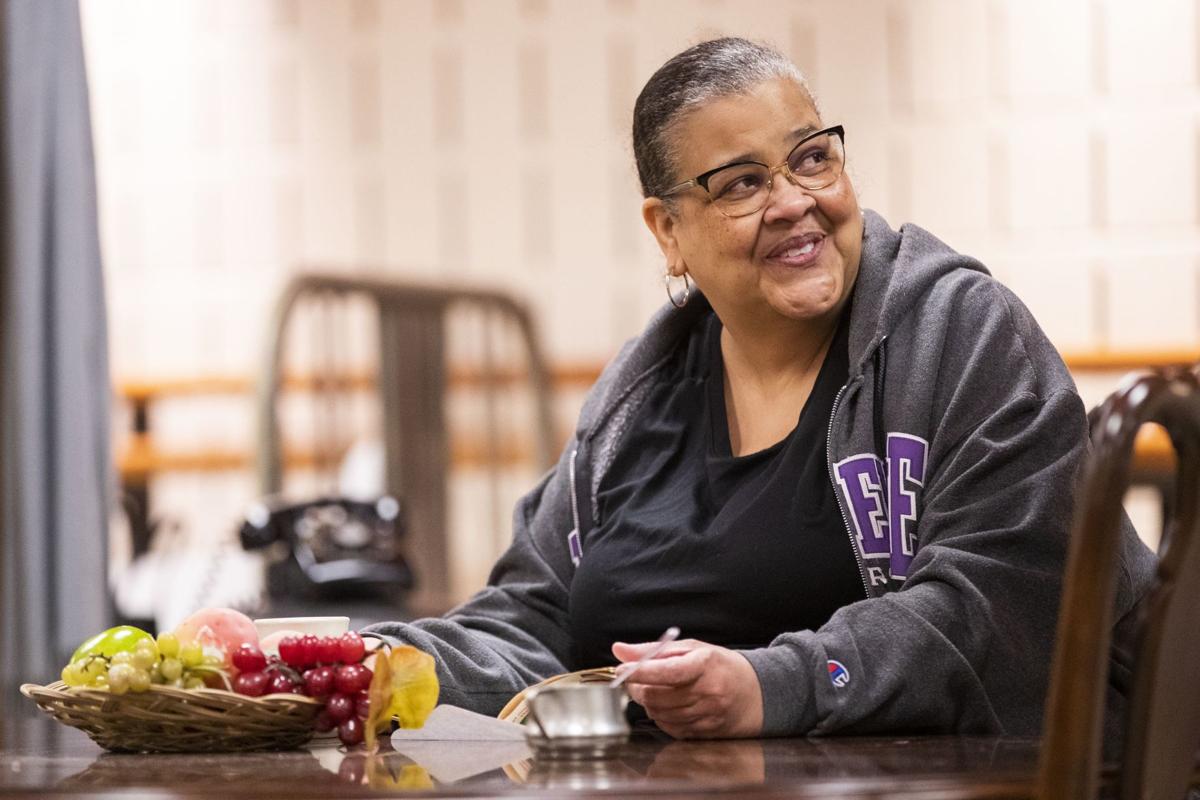 Theater newcomer Karen Fox, 61, found director Tyrone Beasley’s advice particularly helpful while preparing to portray Lena Younger in “A Raisin in the Sun.” Beasley said he chose Fox over more experienced actors because she “bowled me over” at a callback.