'Do you miss me yet?' Trump calls for GOP unity, blasts Biden, repeats false election claims

Fleetwood Mac is one of the biggest bands of all time.

It’s an easy designation to make: The group has sold millions of records, it consistently ranks among the top concert tours, and you know all the words to “Landslide” without looking.

With the band’s classic “Rumours”-era lineup headed to Pinnacle Bank Arena on Saturday, we got to thinking: Who are the biggest rock and pop artists of all time?

We broke it out by decade to rank the biggest artists of the modern era.

Disagree? We’re happy to stand by our rankings. Join us in talking about it on Omaha.com, Facebook and Twitter.

They call him the King for a reason. Elvis brought rock ’n’ roll to the world with a curled lip and some shaking hips.

Aside from Elvis, the 1950s were a time of teen idols, R&B, rock ’n’ roll and the birth of pop music. Artists such as Little Richard and Buddy Holly were, aside from being seriously popular, a major influence on just about every artist that was to come next. Sales totals were not available for Little Richard, Chuck Berry, Buddy Holly or Ray Charles.

Yes, of course, the biggest (and best) rock band of all time was the biggest in the 1960s. The Beatles were only around from 1960 to 1970, but they became the most important band in pop.

The Rolling Stones continued to be huge into the ’70s, but they were most instrumental in the British Invasion. The Beach Boys were on the top of the surf pop wave, Dylan helped bring folk music back to the forefront in the ’60s, and Hendrix is considered the best guitarist of all time.

When you think of classic rock, we bet these are the bands you think of. Led Zeppelin and the Eagles are both in the top five of best-selling artists of all time in the U.S. The Eagles, along with Fleetwood Mac and Elton John, have been one of the top touring acts for decades.

With the greatest selling album of all time, and the mantle of King of Pop, there’s no doubt that Michael Jackson was the biggest thing in the 1980s that wasn’t a Rubik’s Cube. Jackson’s sixth solo album, “Thriller,” hit in 1982, and there isn’t a bad song on it.

Prince and Madonna similarly dominated pop with major hits such as “Purple Rain” and “Like a Virgin,” while U2 and Springstreen commanded rock with their most successful albums ever.

Who is the third best-selling artist of all time in the U.S.? You might think of other names first, but it’s country singer Garth Brooks. (And he’s behind Elvis by only a half-million albums.) Brooks’ breakthrough came with 1990’s “No Fences,” and he continued to dominate throughout the decade. The ’90s were also ruled by female pop singers, and the decade saw the birth of grunge, with Nirvana leading a charge of dozens of other bands. 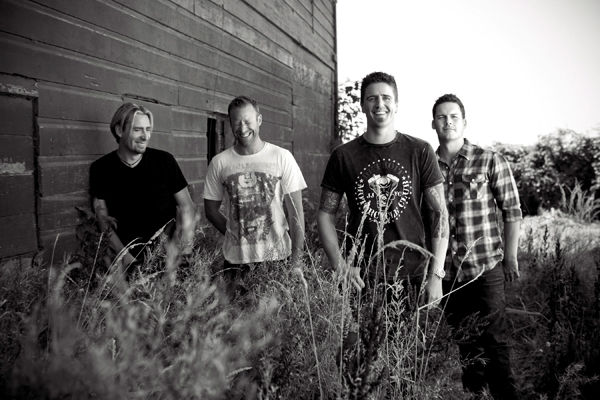 You may change the station when “How You Remind Me” comes on, but you probably know the words. That’s because Nickelback’s song was the top rock tune on Billboard’s chart for the decade. The band’s down-tuned and much-distorted pop-rock has won it many fans — as well as many detractors. Rappers often fight over the “greatest of all time” moniker, but it’s hard to argue that anyone was bigger than Eminem, whose five albums released from 1999 to 2009 all went No. 1.

This decade may belong to the female pop singer.

Who will be the biggest artists of this decade? Taylor Swift will almost certainly top the list. Her breakout into pop stardom has only just begun with “1989,” and she’s certain to have another album out this decade. You also can’t count out Adele, whose “21” was a sensation for two years straight, and she is set to come back with more.

And what about Beyoncé, who is easily the biggest pop star around at the moment? Also don’t forget Lady Gaga, whose “Artpop” wasn’t that well-received but who isn’t done yet.

Drummer and founding member Mick Fleetwood came down with an unexplained illness, and the band played as much as it could before members called it a night.