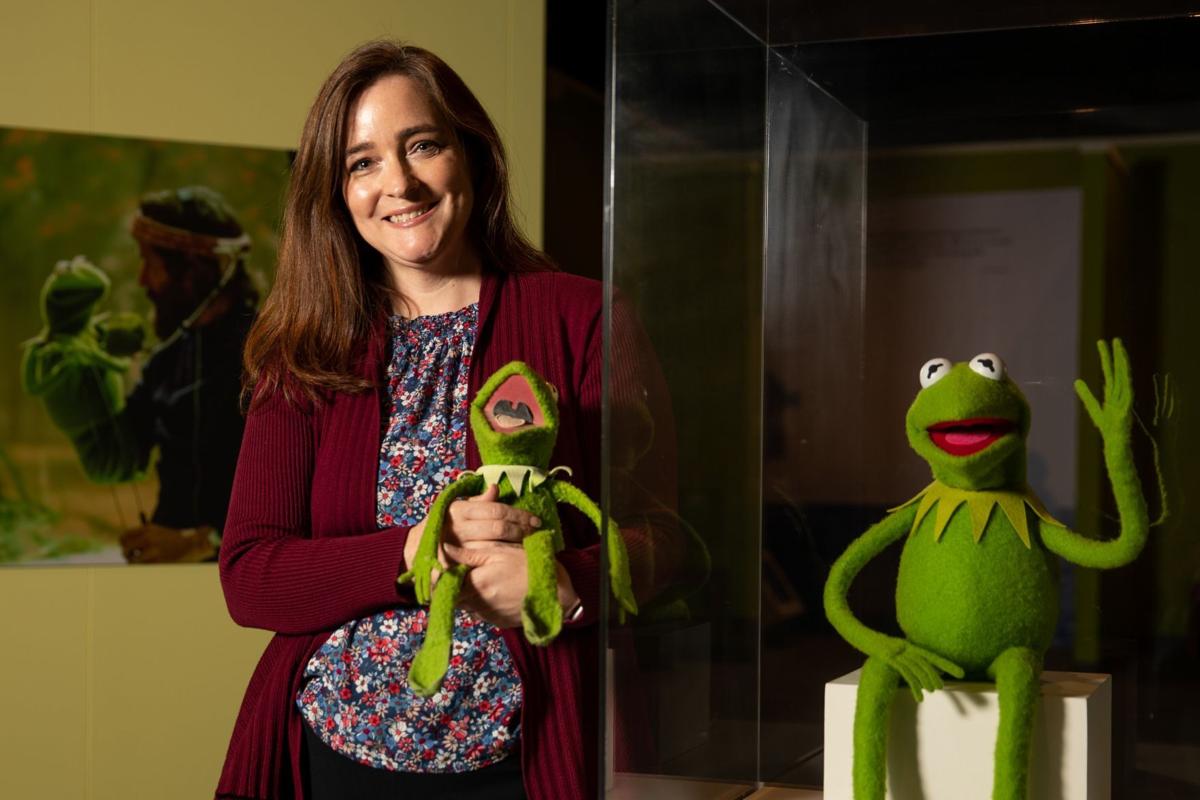 Heidi Schoening, senior manager of customer experience at the Durham Museum, holds her childhood Kermit the Frog doll. The Jim Henson exhibit, which is on display until Jan. 10, has stirred fond memories of “The Muppet Show” for almost everyone on staff. 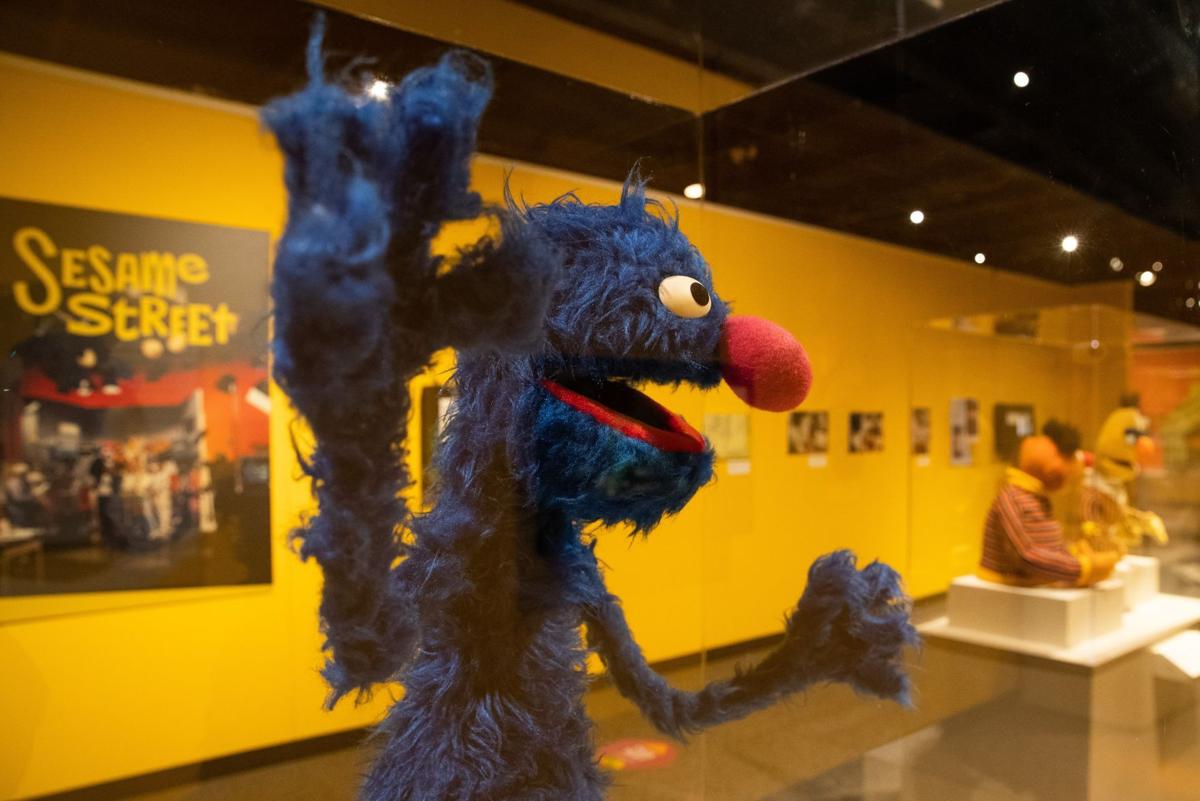 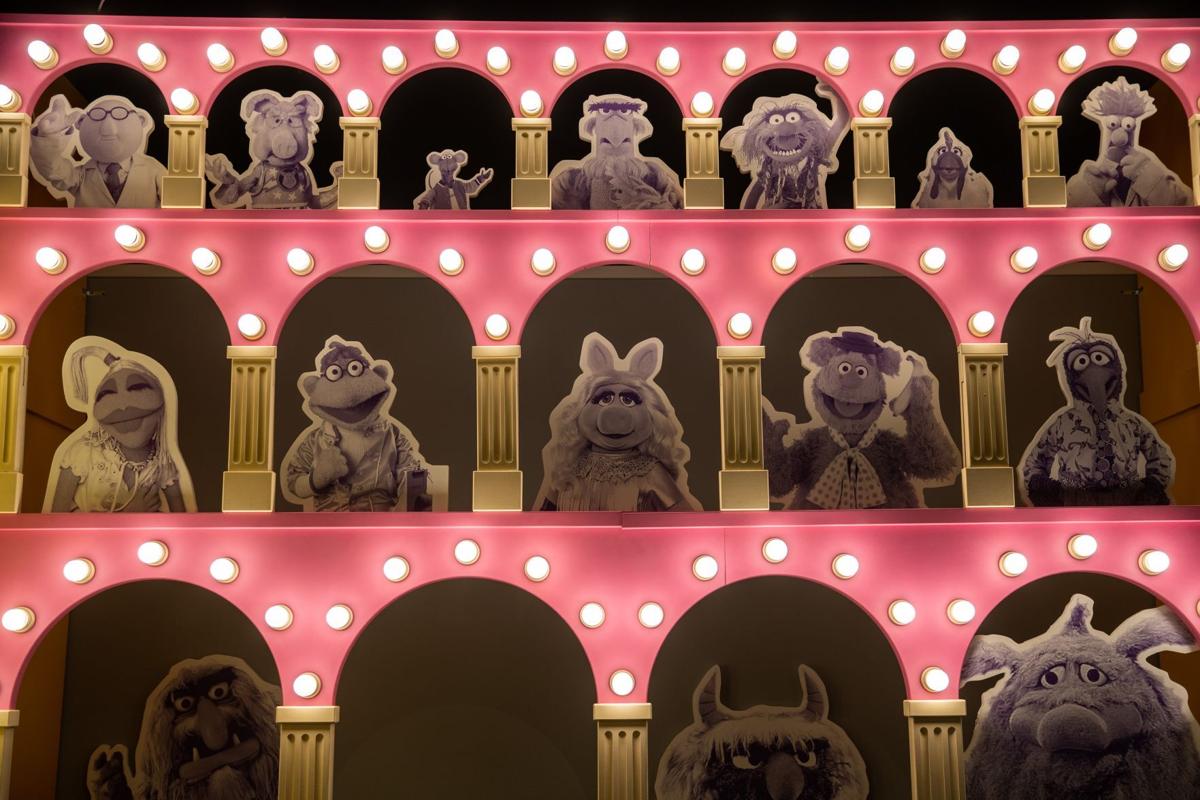 An iconic scene from “The Muppet Show” is part of the new Jim Henson exhibit at the Durham. 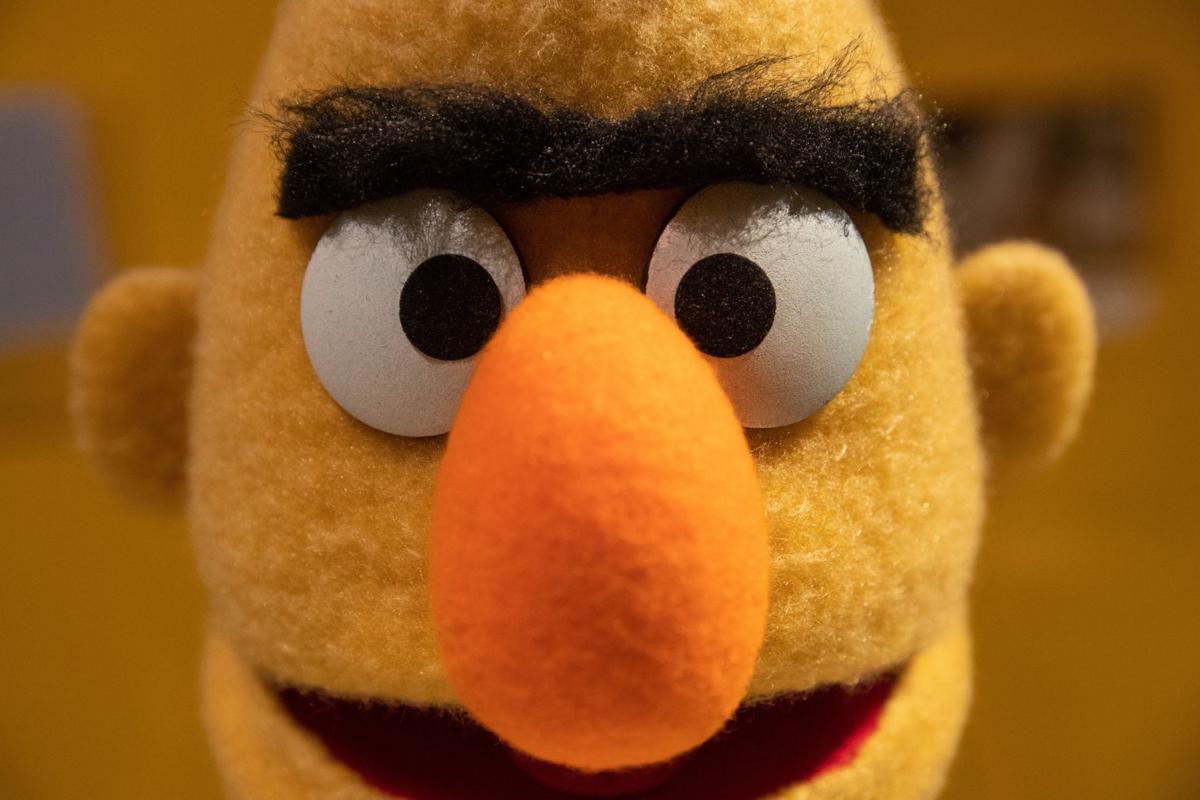 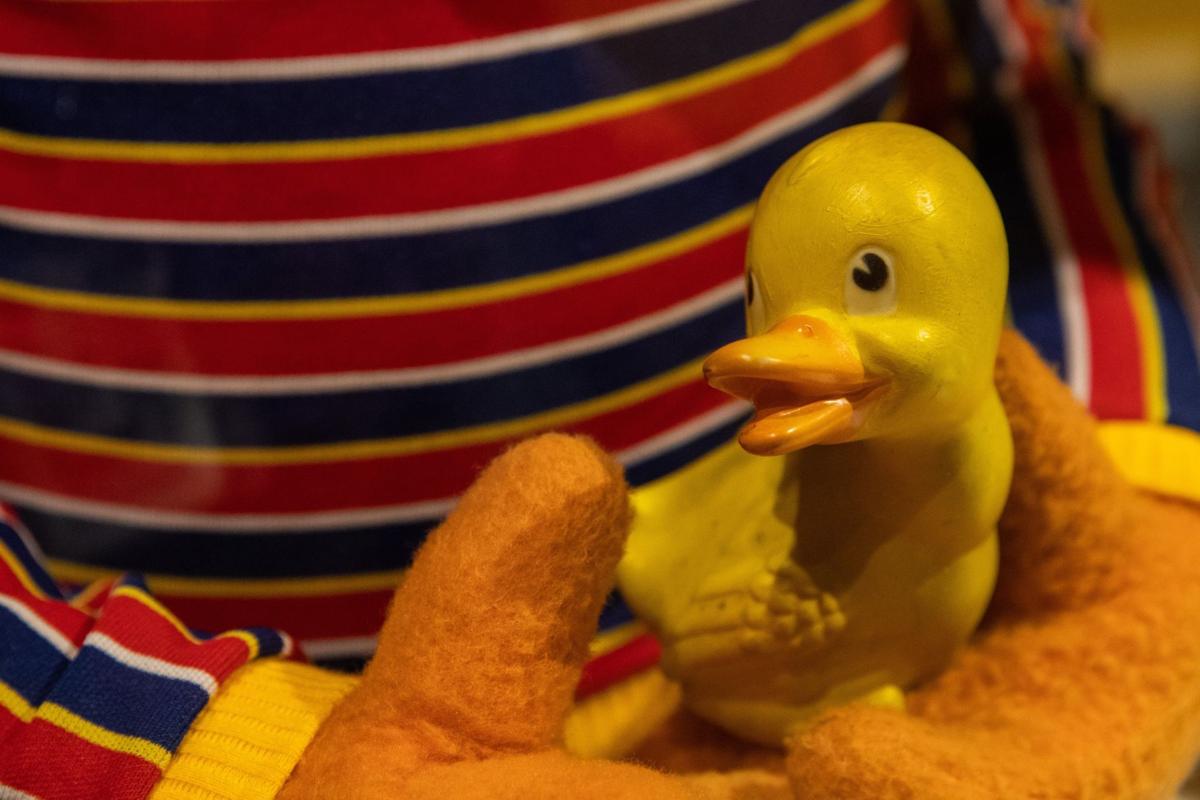 Ernie with his rubber duckie 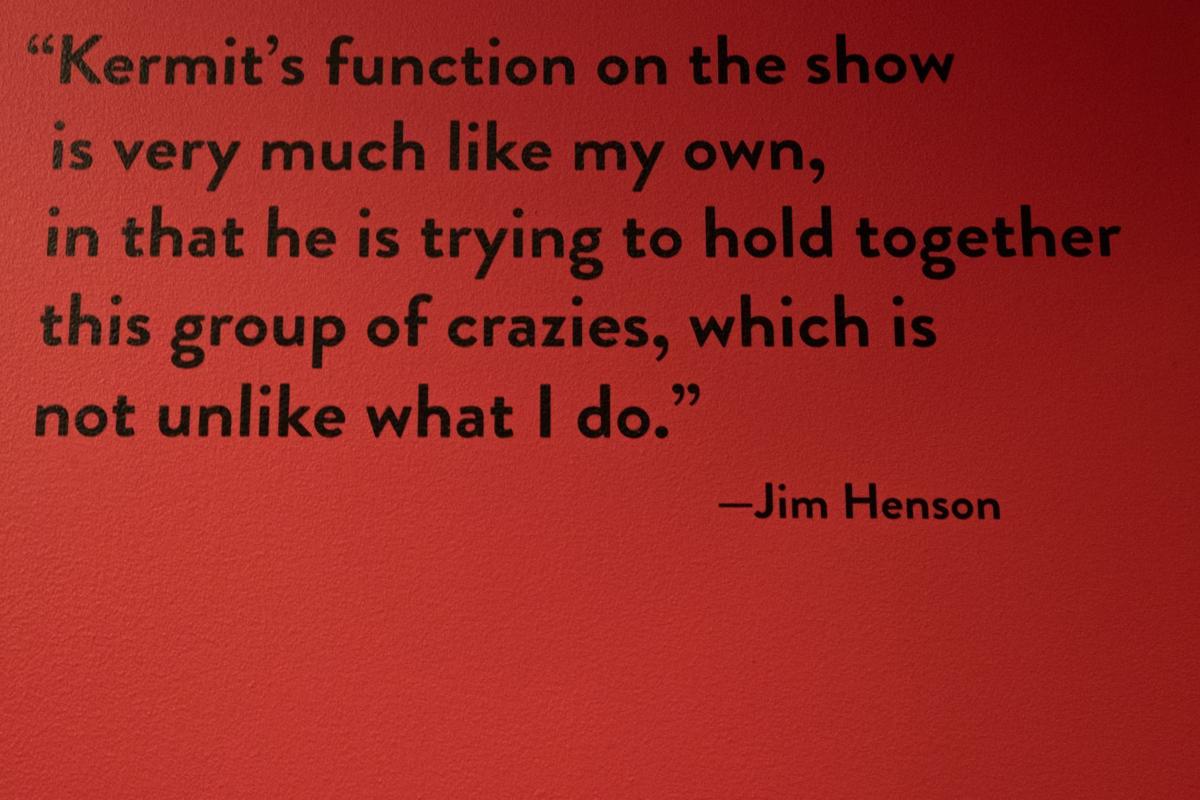 Quotes by Jim Henson and others are incorporated into the exhibit of Henson's work now on display at the Durham Museum. 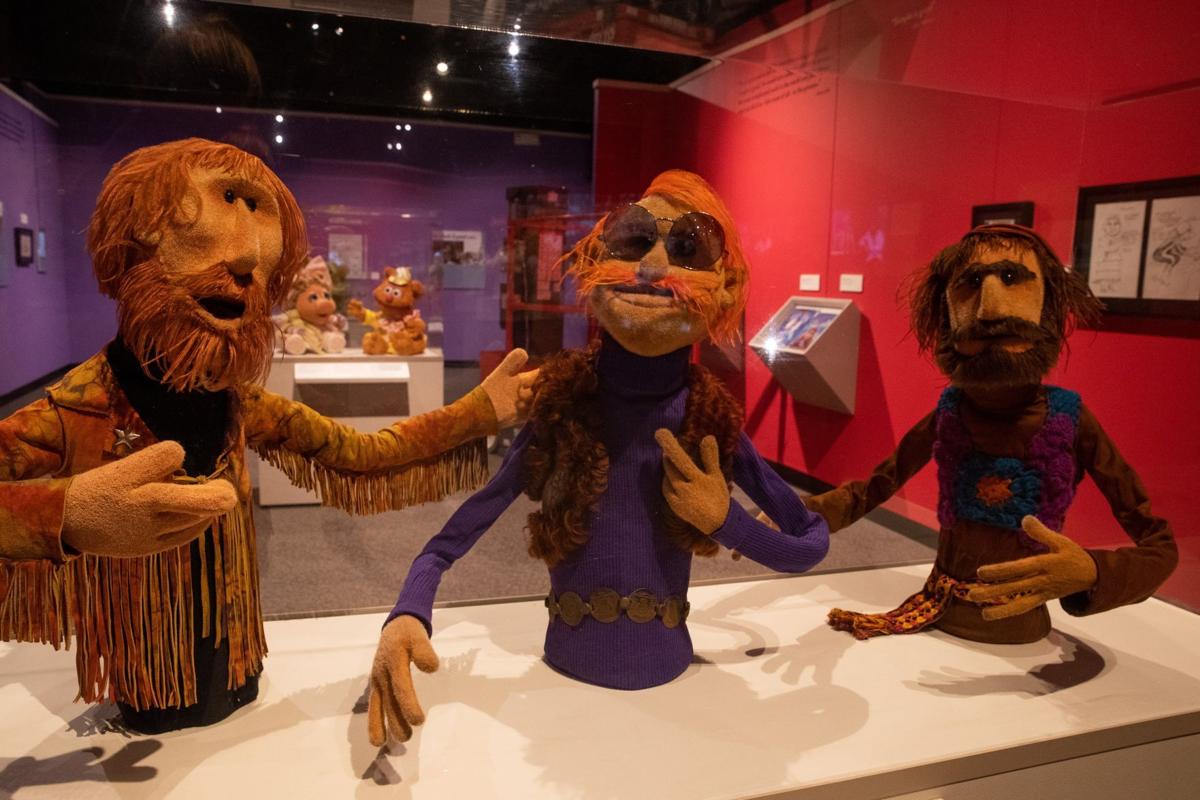 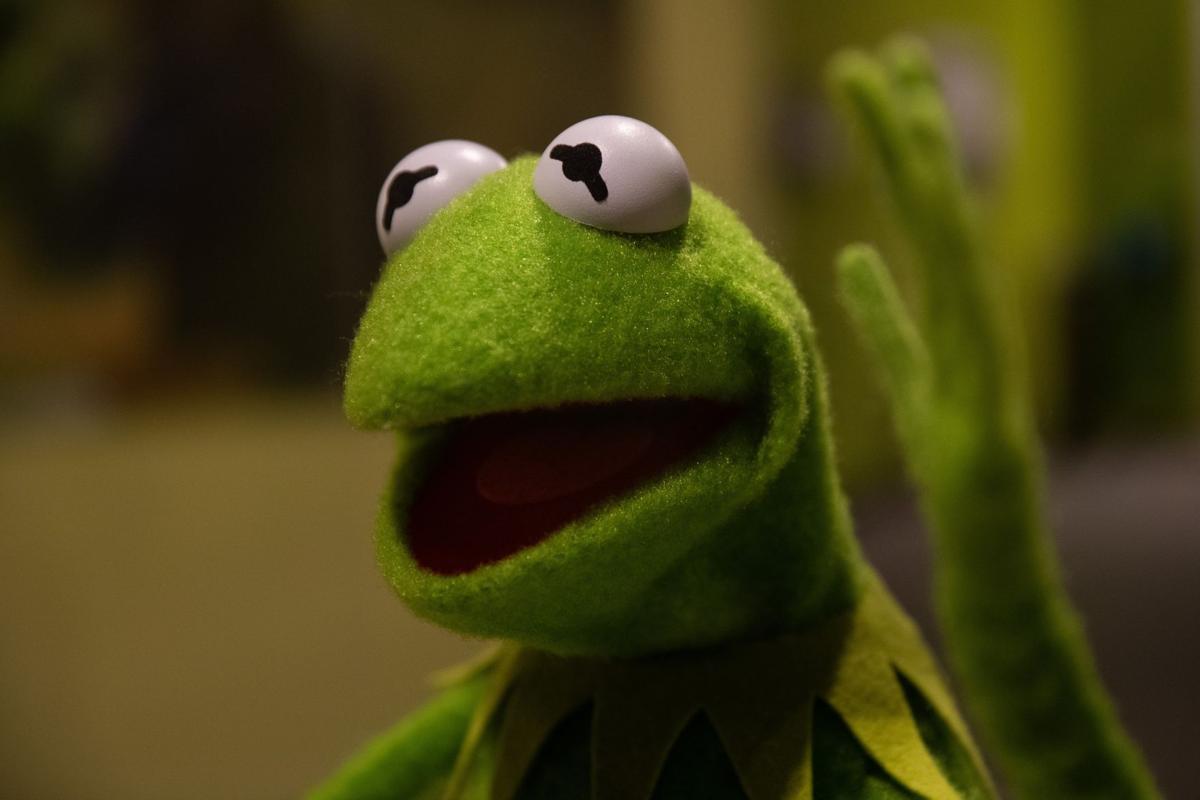 A reproduction of Kermit the Frog that was used by Jim Henson is on display at the Durham. 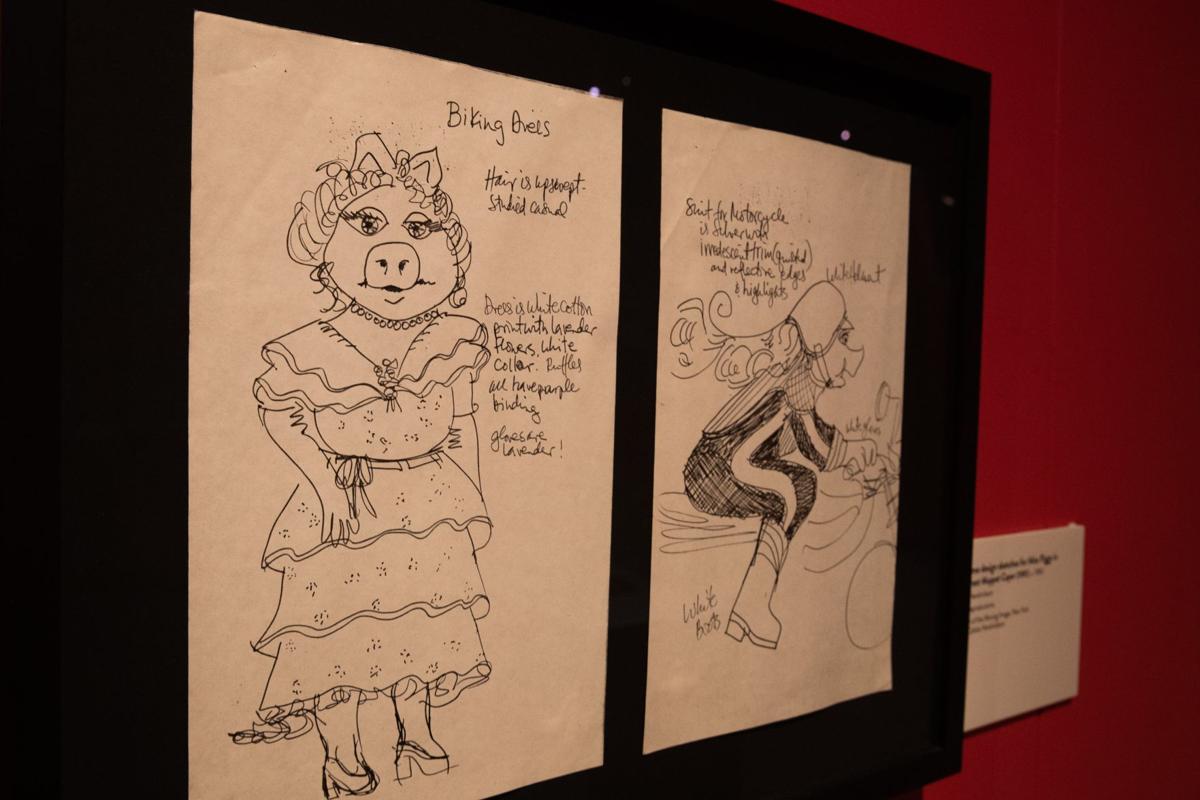 Wardrobe sketches Miss Piggy are on display at the Durham Museum. 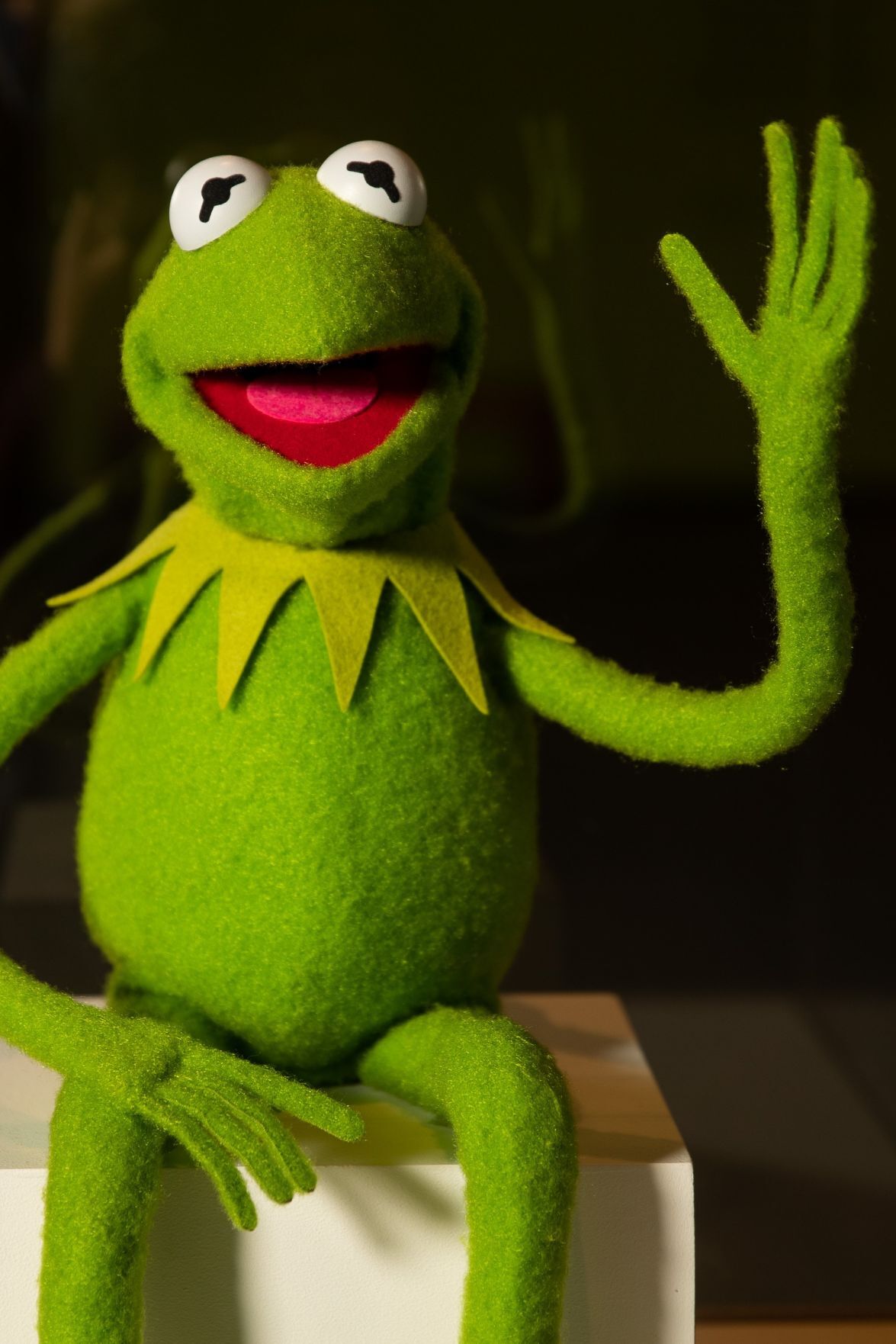 Imagine how you would feel if you had to send your small kids on a cross-country bus trip without adult supervision.

Now you know what it’s like for personnel at the Museum of the Moving Image in New York City when they send their Muppets to far-flung locales.

The lovable fuzzy puppets have been touring since 2017 with the museum’s show, “The Jim Henson Exhibition: Imagination Unlimited.”

After carefully packing the Muppets and seeing them off, the New York “parents” normally reunite with them at each stop to help set up the exhibition.

But that reunion has been online only at Omaha’s Durham Museum, where the show begins an almost four-month run Saturday.

“We usually send a team to every museum, but now we can’t do that (because of the pandemic),” said Wendell Walker, MOMI’s deputy director for exhibitions. “We can all say that Zoom is a big part of our lives now, something we couldn’t have imagined before.”

MOMI has been the home of Henson artifacts since his family donated them several years ago. He died in 1990 at age 53.

For the most part, the online setup process in Omaha was unusual yet smooth.

And the exhibit, which features beloved characters such as Kermit the Frog and objects from Henson films such as “Dark Crystal,” has been something of a bonding experience for museum staffers who have shared Muppet memories, said Durham curator Emma Sundberg.

The Muppets and their accessories arrived at the Durham in mid-September in cozy crates with padding. There were boxes within boxes, Sundberg said.

When it came time to unpack the Muppets, she and her co-workers discovered that many were wearing little “seat belts.”

“It was really charming to let them out,” she said.

Then, with the help of Walker and former Henson puppet maker Bonnie Erickson, they began condition-reporting. As they unpacked each object in the exhibition, they thoroughly checked for damage.

That’s delicate and time-consuming in person and even more challenging on Zoom. Sundberg said it took two people: one to operate a tablet computer and another to hold up the object and manage a checklist while the New York crew watched it all.

They didn’t find any flaws.

These objects, Sundberg said, “are very much loved and cared for.”

Durham workers repeated the process when they started building temporary walls, painting them colors such as hyacinth, sunshine and raspberry, mounting monitors and eventually placing all the objects in display cases and on mannequins.

“Anytime anything was happening, we had Zoom up and they were watching us,” Sundberg said.

Walker said he and Erickson spent two complete days this week with Durham staff on Zoom.

Erickson, who created Miss Piggy when she worked for Henson, joined the fun near the end. Her job was to make sure the puppets looked like themselves.

“They have personalities,” Sundberg said, “so we worked with Bonnie very closely to properly pose them in their lifelike form.”

The design process began several months ago with a floor plan from Tim Hantula, the Durham’s director of design.

And before that, Walker said, the Durham was vetted to make sure it had the staff and the space to handle the exhibition. The museum was more than up to the challenge, he said.

“These are delicate objects that we don’t want to send just anywhere,” he said.

Some of the objects are reproductions or copies.

Erickson said many of the Muppets have alter egos because as productions such as “The Muppet Show” and “Sesame Street” continued, some had to be replaced.

“Yes, there are lots of Kermits,” she confirmed.

The exhibit also includes originals, though. There’s a Rowlf toy that was produced for actor Jimmy Dean, original puppets of Henson and Frank Oz created by Erickson, Miss Piggy’s gloves, some costumes and more.

Only one of the Kermits, a copy, came to Omaha.

Everyone involved said the finished exhibition should delight Omahans of all ages.

Sundberg said Durham staff members have been sharing their Muppet and Henson memories since learning that the show was coming here.

“Everyone’s got something they love,” she said, whether it’s the objects or the films or something else.

She said she thinks co-workers know each other better now because they shared their stories.

Heidi Schoening, the museum’s senior manager of customer experience, has a compelling tale.

“I’m the craziest Muppet person that I know,” she said. “They have always been a part of my life from when I was a little girl.”

Her dad gave her a Kermit doll when she was about 6 years old, right around the time her parents were getting divorced.

“That doll was like a security blanket to me,” she said.

When she grew older and learned about Jim Henson, she was even more hooked. He’s a creative genius and a visionary, she said.

“Jim Henson reminds me to stay young at heart and not take life so seriously,” she said.

Erickson, who not only worked for Henson but also oversaw the move of his collection to MOMI, said she thinks his work has remained so popular because he covered a lot of generations, from “The Muppet Show” to “Sesame Street” to “Labyrinth.”

He was also a positive person whose work dealt with gentle themes such as friendship, love and kindness — traits humans crave, especially these days, she said.

“He had the best sense of humor, and it was our mission to make him laugh,” Erickson said, “but none of it was mean-spirited.”

Schoening agrees. “He created the things that make me happy,” she said.

Her birthday was last week, and her co-workers had a surprise for her: She got to go down to the exhibit, which was not yet open, to pose for a photo with Kermit. The Kermit in Omaha is one Henson used himself.

“That was a very special treat,” she said.

A gesture Henson would have approved.

For the third time in six years, the Omaha Community Playhouse is looking for a new artistic director as Kimberly Faith Hickman has resigned.

A line started to form at 4 a.m. and the crowd was still robust at 9.

Omaha Symphony's weekend concerts will be moved inside Holland Center

The forecast calls for cool weather both days.

The new restaurant will be at 60th Street and Woolworth Avenue in the former Boyd and Charlies.

Two shows with 1950s tunes are coming soon. Plus concerts from Omaha Performing Arts, awards at the Omaha Community Playhouse and more.

The capacity of the zoo's buildings will also be increased to 75%.

Nebraska tourism has suffered during coronavirus, but outdoor attractions are a silver lining

Visitor spending is trailing last year by about 50%. But John Ricks of the State Tourism Commission says Nebraska has "benefited from being a state that has fewer people and wide-open spaces."

"Bug Squad" follows the story of 10 bug superheroes, each with their own special powers and skills.

The United Way of the Midlands, Boy Scouts of America, Werner Enterprises and Target stores partnered for Saturday's "Scouting for Food."

Have you missed Takeout Tuesday? It's back for Food Day Omaha

In the spirit of Food Day Omaha, we’re offering five places that are locally owned and serves food that is locally sourced.

Kali Baker remembered as the prime force behind Omaha Gives

Theatre, readings, concerts, interviews and workshops are part of the five-day event.

'Grounded' flies high at the Playhouse, thanks to accomplished actor and crew

Christmas magic returns to Omaha in 2020 at the Durham Museum and the Children's Museum, although with coronavirus precautions.

Heidi Schoening, senior manager of customer experience at the Durham Museum, holds her childhood Kermit the Frog doll. The Jim Henson exhibit, which is on display until Jan. 10, has stirred fond memories of “The Muppet Show” for almost everyone on staff.

An iconic scene from “The Muppet Show” is part of the new Jim Henson exhibit at the Durham.

Ernie with his rubber duckie

Quotes by Jim Henson and others are incorporated into the exhibit of Henson's work now on display at the Durham Museum.

A reproduction of Kermit the Frog that was used by Jim Henson is on display at the Durham.

Wardrobe sketches Miss Piggy are on display at the Durham Museum.