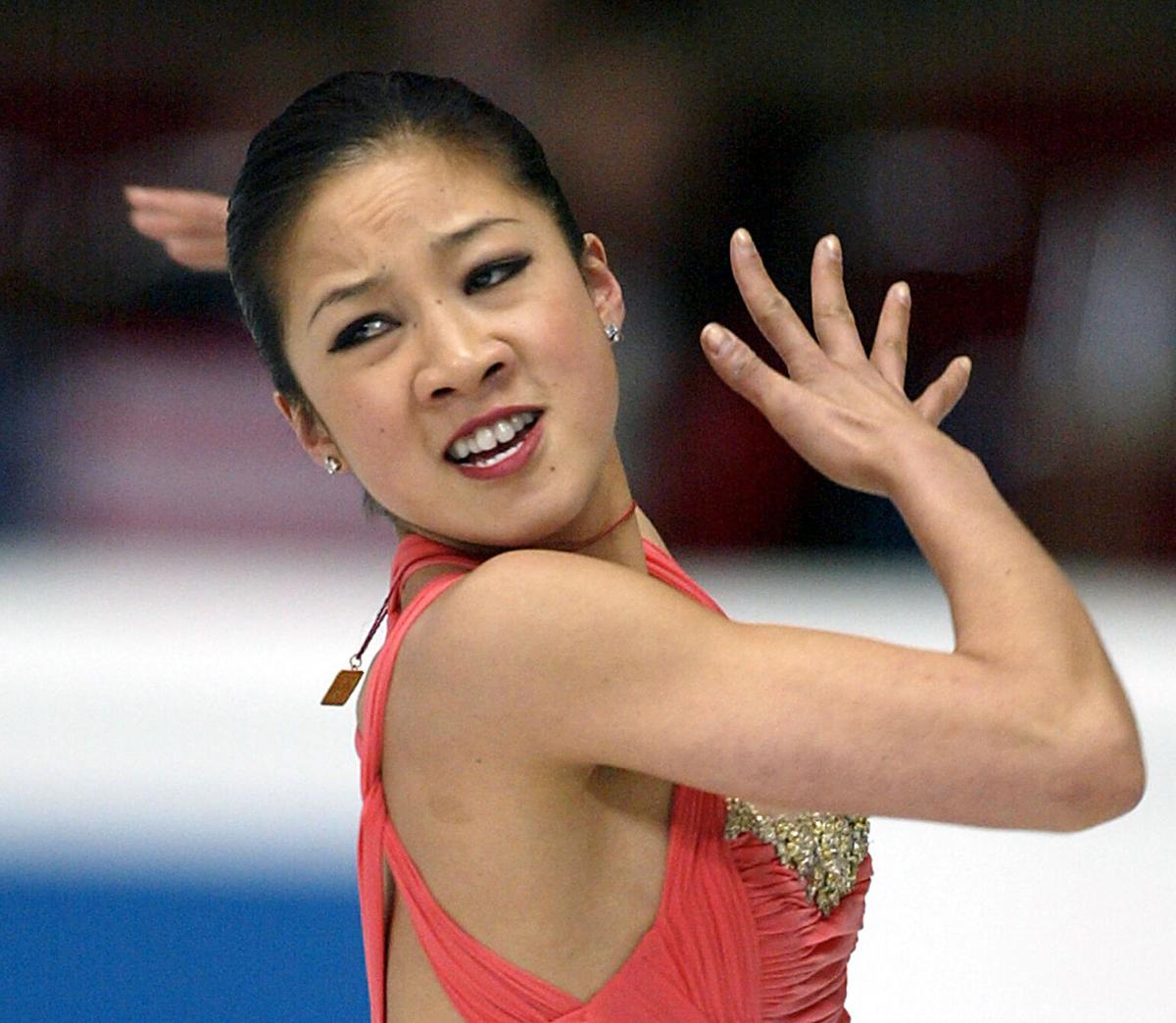 Michelle Kwan, born in 1980, was at the tail end of Michelle’s name boom. 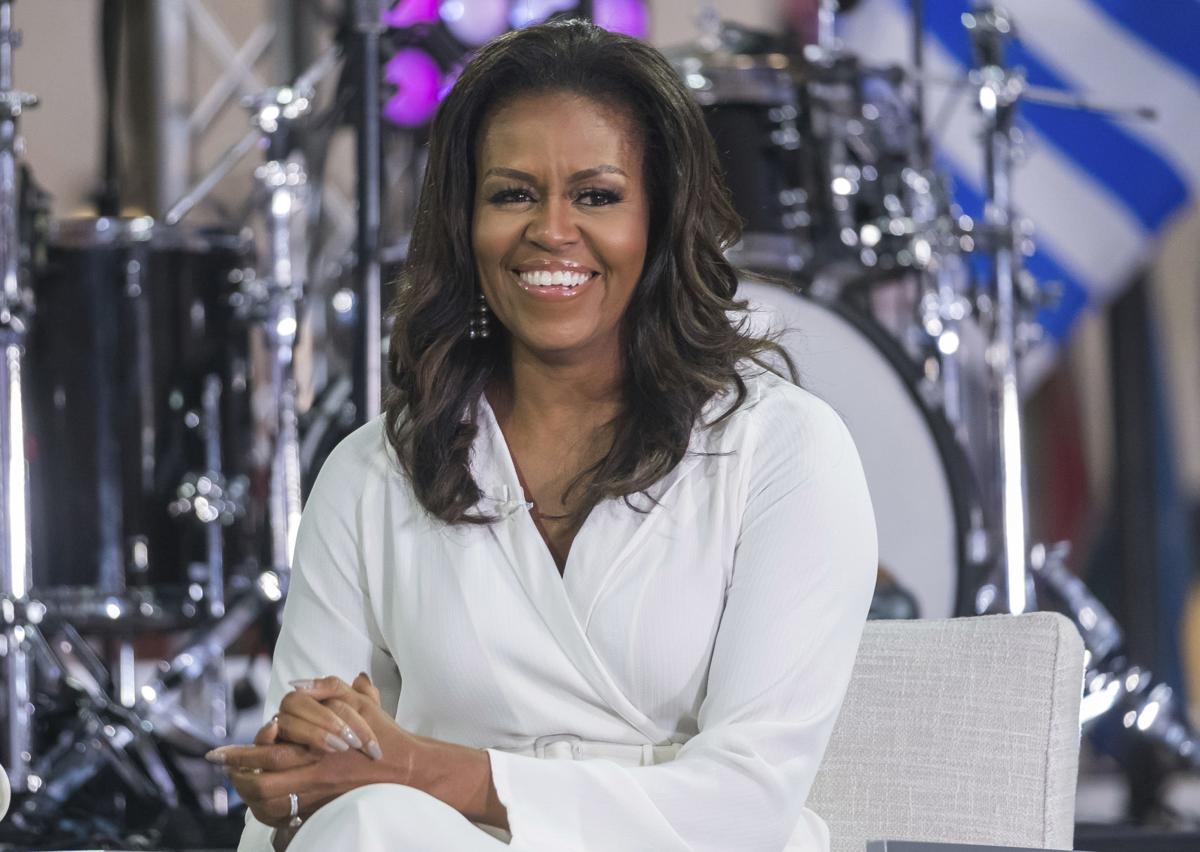 Michelle Obama’s birthday is Jan. 17. Most Michelles this year would be between 40 and 60 years old.

Michèle and Michelle are French feminine forms of Michel, French version of “Michael.” Michael is Hebrew for “Who is like God?”, a rhetorical question implying “No one’s like God.”

One of only four angels mentioned by name in the Bible, St. Michael was popular throughout medieval Europe. Occasionally girls were named after him, though in medieval England there was no separate feminine form. Listed as “Michaela” in official records, they were called “Michael” in everyday life.

Though a few French girls were named Michelle before modern times, it was very rare, not coming into regular use until 1920. Before 1940, Micheline was the more common French feminine for Michel.

There are only two women named Michelle in the 1850 United States census, both born in France. Most of the few American Michelles before 1930 had ties to France, Quebec or Louisiana.

The name boomed in France after 1930. Michèle was the more common spelling, though Michelle was also used. In the late 1940s, 4% of all French baby girls were named Michèle.

In 1936, aspiring French film actress Simone Roussel changed her name to Michèle Morgan, saying it fit her body type better. Morgan soon was a huge star in France. When Germany invaded, she fled to Hollywood, appearing in several American films. In 1942’s hit “Joan of Paris,” Morgan played a French woman who saves downed Allied airmen from the Nazis.

Michelle and Michele both entered Social Security’s top thousand baby names in 1938. Morgan helped establish them. Michelle became the more common spelling, probably because it seemed to better represent the pronunciation to most Americans.

With Michael swiftly rising for boys, Michelle also soared. In 1965, Michelle ranked 18th and Michele 46th for American girls. Combined they would have been 6th.

That year Paul McCartney asked friend Jan Vaughan, a French language teacher, to come up with a French name and phrase for a new love song. Vaughan suggested “Michelle, ma belle,” showing she was tuned in to what French women McCartney’s age were actually named.

“Michelle” was one of the Beatles’ greatest hits, winning the 1967 Grammy for Song of the Year. Versions were recorded by many other artists. Though Michelle would probably have soon been a Top 10 name without it, there’s no doubt the song accelerated its boom. It peaked at #2 in 1968, when 2.6% of American girls were named Michelle or Michele.

The song helped the name peak around the same time all over the English-speaking world. In the United States, Canada, Britain, Australia and New Zealand, the typical Michelle is now between 40 and 60 years old.

Former Presidential candidate Michele Bachmann, born in 1956, is a bit ahead of that curve, as is singer and actress Michelle Phillips (1944). Figure skater Michelle Kwan and four-time Oscar nominee Michelle Williams (both born in 1980) are at the end of it.

Like Obama, the typical 2021 Michelle is the mother of young adults. In another decade, young people will see it as a typical grandma name. It’s no surprise Michelle is quickly falling, ranking only 292nd in 2019. Still, Michelle will be “ma belle” for thousands for years to come.

A man critically wounded was taken to a hospital, where he died. A woman in her 20s suffered a gunshot wound to her leg that was not life-threatening.

$4.99 piece of equipment could have saved Nebraska boater from his 'circle of death' wounds

Steve Borowski was seriously injured and nearly drowned after his boat hit a submerged tree in Swanson Reservoir in southwest Nebraska.

When Chippy’s Omaha opened the day before Easter, about 400 people stood in line, some for 90 minutes, and the store recorded almost 300 transactions.

Here are the all-class top 10 and class-by-class leaders for this Nebraska high school track and field season.

McKewon: Are the Huskers about to overcome their woes at running back?

It appears that only two of Nebraska’s six scholarship running backs — Gabe Ervin and Marvin Scott — were suited up in practice Wednesday. But coaches have had effusive praise for Ervin.

A 1970s-era local warehouse has sold for nearly $25 million — a sign that the industrial arm of the real estate market is hot and investors have eyes on the Omaha area, a local commercial real estate broker says.

Q: I am one of three daughters who will inherit our home when our parents pass away. They have a mortgage on the home and some credit card debt. Would it be wise for us to purchase their home before their death, so their mortgage debt is paid off?

Michelle Kwan, born in 1980, was at the tail end of Michelle’s name boom.

Michelle Obama’s birthday is Jan. 17. Most Michelles this year would be between 40 and 60 years old.