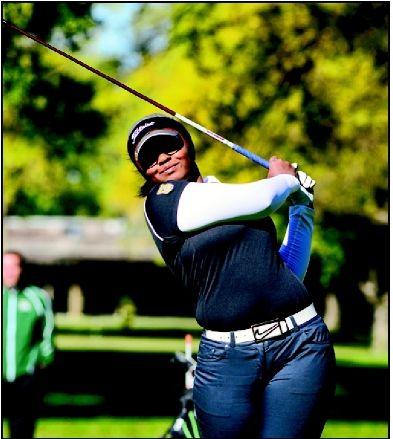 Omaha Burke s Nia Station, who won the Class A state title last fall, will compete in the Drive, Chip and Putt competition at Augusta National. 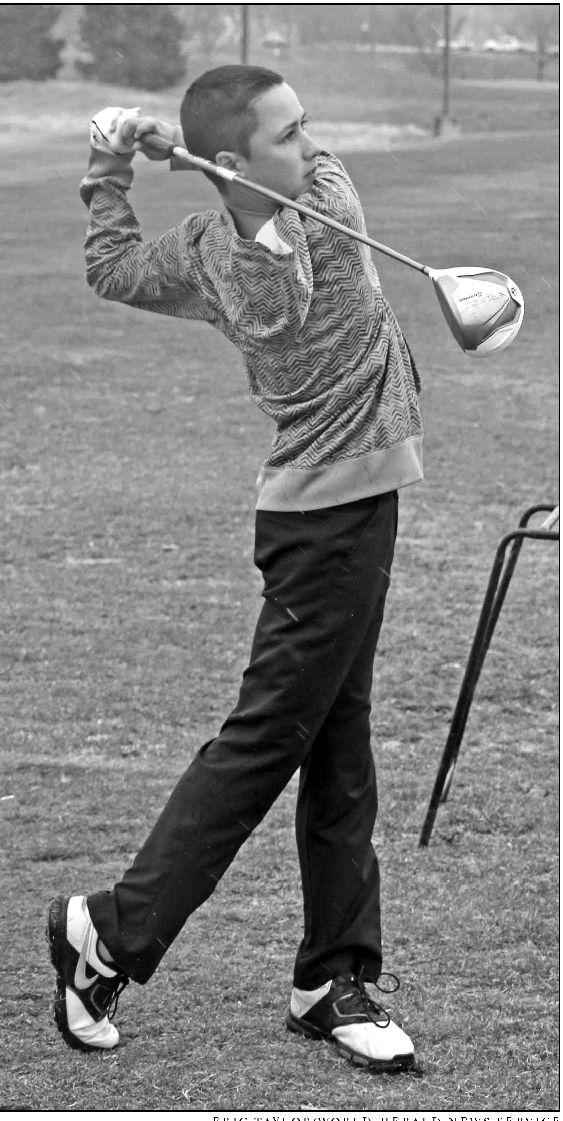 Jason Cruise Jr., a seventh-grader at Logan Fontenelle Middle School, will be among 80 youth golfers competing in the Drive, Chip and Putt national finals at Augusta National on Sunday.

His mother held onto the letter, the one Jason Cruise Jr. wrote to officials at Augusta National a year ago.

He told them he was going to try out for the Drive, Chip and Putt competition and was giving them a heads-up that he hoped to be there this weekend.

Months later, Colette and Jason Cruise Sr. aren't surprised their son beat hundreds of other youngsters for a spot in the national skills competition Sunday at the home of the Masters.

The seventh-grader at Logan Fontenelle Middle School in Bellevue is one of three golfers from Nebraska who advanced to Sunday's final. Jason will be in the 12-and 13-year-old boys division, Omaha Burke sophomore Nia Station in the 14-and

They're among the 80 boys and girls in four age groups who have made it through local, subregional and regional competition to advance to Georgia, where winners will receive trophies from 2014 Masters champ Bubba Watson.

Jason was feeling confident as his family made the 16-hour drive to Georgia.

"I'm really excited," he said. "I just can't wait until I'm on the course and see all the pros and be able to play."

Colette Cruise never mailed her son's letter — but she pulled it out in December when a Golf Channel crew visited Bellevue to do a piece on her son that will be shown Sunday during the finals, which will be televised live on the Golf Channel from 8 a.m. to noon. The crew followed him around for a weekend, which meant they spent lots of time at Papillion's Eagle Hills Golf Course.

Jason has spent up to eight hours there on many days working on his skills. During the school year, he and his dad will get to the course at 5 p.m. and work until dark. In the summer, Jason Sr. will drop him off on his lunch break and then join him after work.

"The lights have been turned off on them while they were out on the driving range," Colette Cruise said.

When the weather is bad, Jason Jr. will be up before school practicing his chip shots in a narrow hallway in the family's home. He lives, breathes and eats golf, his mom says.

"It's just fun," he said. "It's challenging. You can set goals doing it. I just want to be a pro and I want to break all the records."

Competitors will get two chances to be the best in each part of the competition Sunday.

The golfer with the highest total is the champion.

Jason said he's good at all three events, but thinks putting might be the toughest because the greens there are so fast.

"She could probably hit it 250 (yards) with regularity, and some days she might hit it farther," he said. "I just know she can put it out there."

Nia, the daughter of College Football Hall of Famer Larry Station, has blazed onto the high school golf scene. She finished second at state as a freshman and won the Class A competition last fall by 11 strokes.

She's strong for her age and has spent a lot of time developing her game with her dad.

"Nia is a wonderful young lady who loves to play golf,"

Seitz said, "and works at it and wants to be as good as she can possibly be."

The three Nebraskans will be honored at a banquet Saturday. On Sunday, they will go through the driving and chipping portions of the finals at Augusta National's tournament practice facility before moving on to the putting championship held on the 18th green.

Some of those invited to play in the Masters, which starts Thursday, are expected to mingle with the juniors during the finals. On Monday, the kids and their immediate families will receive tickets to watch the first day of the Masters' practice round.

Getting a chance to meet his favorites — Tiger Woods, Jordan Spieth and Rory Mcllroy — would be a thrill for Jason. But he'd sure like to get his hands on the giant trophy that goes to the winner, too.

It's just one of many he hopes to win playing golf.

Chatelain: Enjoy the SEC, Texas. Your mediocrity won't be forgiven there

Despite winning just one national championship in the last 50 years, Texas is storming through college football like a Longhorn in a china shop. But the SEC won't be as forgiving, writes Dirk Chatelain.

A man who was wearing a mask was shot in the neck with a BB gun at an Omaha Aldi in an apparent confrontation over masks.

News of Texas and Oklahoma potentially joining the SEC dominated reporter questions at Big Ten media days. But in addition to the big story, here's what Sam McKewon saw and heard at the event.

Nebraska tight end Austin Allen loves Scott Frost’s offense, but the scheme met its match in the Big Ten. So how do you make it successful? That’s where offensive coordinator Matt Lubick comes in.

Construction will begin soon on a pavilion that will add 42,000 square feet to the Joslyn Art Museum. The museum will close from spring 2022 until the pavilion is completed.

40 counties in Nebraska have substantial or high COVID transmission

Forty of Nebraska's 93 counties are considered communities with substantial or high rates of transmission of COVID, where masks are recommended in indoor public places.

In a rare rebuke, a judge has overturned a conviction of a self-proclaimed witch doctor after finding that a prosecutor failed to disclose that a key witness was seeking immigration protections.

A high school kicker from Kansas who says he "can make every single kick inside of 60 yards" has been in contact with Nebraska coaches and has interest in playing for the Huskers.

Omaha Burke s Nia Station, who won the Class A state title last fall, will compete in the Drive, Chip and Putt competition at Augusta National.

Jason Cruise Jr., a seventh-grader at Logan Fontenelle Middle School, will be among 80 youth golfers competing in the Drive, Chip and Putt national finals at Augusta National on Sunday.