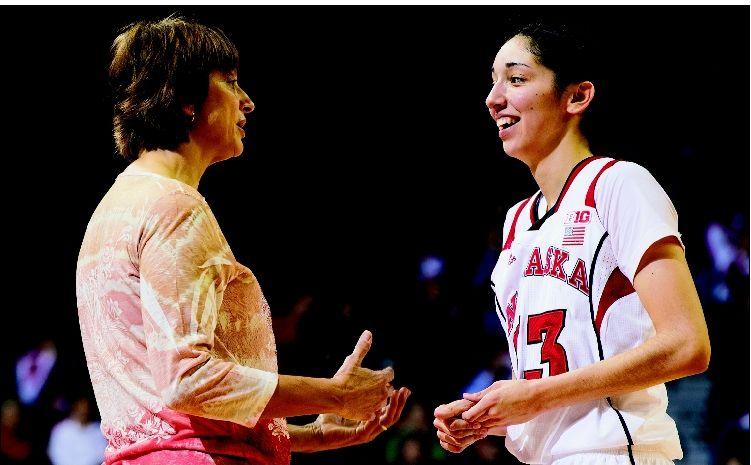 NU coach Connie Yori returns star point guard Rachel Theriot, whose season-ending injury contributed to seven losses in the final 11 games. Theriot figures to pair in the backcourt with Natalie Romeo, whose 3-point shooting added a spark to the Husker offense down the stretch. 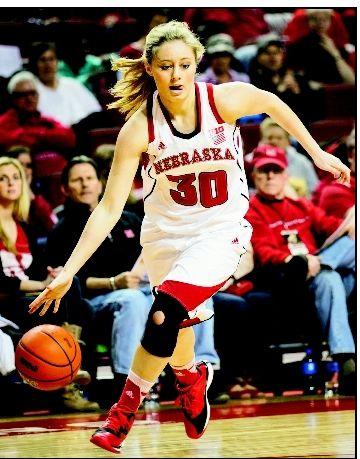 Touted guard Chandler Smith, right, had an up-and-down freshman season. But Yori noted that the 6-footer from Brewster, Washington, missed nearly three months because of foot ailments. She was part of the playing rotation most of the Big Ten season.

LINCOLN — Not even a week after Connie Yori lost her best player for the season, the Nebraska women's basketball coach found herself in a conversation that now seems prescient.

The Huskers were playing at Maryland without point guard Rachel Theriot, who eventually had season-ending ankle surgery. The Terrapins were in the midst of a winning streak that now stands at 28 games. That includes a perfect record in Maryland's brand new league, the Big Ten.

As Yori and Maryland's staff chatted before the game, she noted the difference between the programs: depth of good players. NU couldn't afford to lose Theriot and just plug in another star. Maryland lost the best player in school history — Alyssa Thomas — from last season's Final Four team, and kept on rolling to another Final Four this year. The Terps will almost certainly lose to Connecticut on Sunday — everyone almost certainly does — but they'll be a Final Four favorite for next season, too.

The Big Ten - including Nebraska - has many good players. One of them, Minnesota center Amanda Zahui B., was a first-team Associated Press All-American, and had Theriot stayed healthy, she probably would have landed on one of the three AP teams.

But Maryland, previously a veteran of the rugged ACC, has elite starters and top-shelf reserves.

"You're always trying to strive to get a great player at every position," Yori said this week. "That would be ideal. It

sure does make coaching easier."

As a whole, the Huskers' program is as strong and stable as it's ever been. Four straight NCAA tournament berths — a first in program history — point to that. Crowds at Pinnacle Bank Arena are about as robust as the Big Ten Network's oddball TV schedules allow them to be. And in an era when college basketball transfers are rampant, Yori had four seniors — Emily Cady, Brandi Jeffery, Tear'a Laudermill and Hailie Sample — stick around for all four years. Their chemistry was evident in a press conference just before their final home game, when they laughed and smiled and tried not to cry when describing one another. The players deserve the lion's share of the credit for sticking together, but Yori and her staff must have done something right, too, to cultivate that loyalty.

Still, NU and the Big Ten have a needed challenge in bullish, athletic Maryland. The Big Ten had previously been balanced, yet conquerable by a half-dozen teams in the league. Not now. Maryland came to the Big Ten banquet for football. But its women's basketball team will stay for dessert. The Terps are tops.

Nebraska's women, backed by a much better recent track record than the men's program, have the financial and facility support to chase Maryland. The coaching staff, too. But Nebraska — and every other league team — needs more top players, more depth, more athletes.

"Clearly," Yori said, "we've all got to continue to upgrade in terms of recruiting as well being able to compete on game day."

In Lincoln, it may not happen overnight. Even with Theriot returning for her senior season. Even with the most-anticipated recruit in program history — Fremont/Lincoln Southeast star Jessica Shepard — finally arriving four years after committing to Yori as a high school freshman. If Theriot (ankle) and Shepard (torn ACL) adequately recover from their respective injuries, they might be a powerful 1-2 punch. But that won't be enough.

"The opportunity for playing time is open," Yori said. "It's all about who makes a jump. But we can't just have one or two of them do that."

As a scorer, Romeo gave the Huskers an offensive jolt over the last half of the season. Smith and Cincore - hampered by foot injuries like Romeo - never quite found their rhythms. Smith, in particular, clearly has high-level instincts for the college game. But Yori pointed out Smith missed nearly three months with foot ailments before playing the bulk of the Big Ten schedule. Washington, an AAU teammate of Romeo's from Oakland, California, sat outas a redshirt. But the 6-foot-2 forward may be a pleasant surprise as a result.

"She's going to be a good player for us," Yori said. "She's improved a lot. She's made a big jump in her skill level."

Washington will join 6-foot-5 junior-to-be Allie Havers — who averaged 4.9 points and 3.0 rebounds in 15 minutes per game — and senior-to-be 6-3 Anya Kalenta in the post. Havers is a smart player and good scorer with room to grow as a defender and rebounder. Kalenta, a touted junior college recruit, played sparingly this season; Yori said she needs to work on her defense and rebounding. Another incoming freshman is 6-2 post Rachel Blackburn, who played on an elite high school team in Leavenworth, Kansas, and could be an immediate help as a defender and rebounder.

Then there's the 6-4 Shepard. She'll have attention and expectation foisted on her immediately. Alliance star Jordan Hooper shouldered that same burden and handled it almost effortlessly — her personality and ability to hit 25-footers didn't hurt. Shepard works more around the basket, is Hooper's equal as a rebounder, and, yes, she's the superior passer.

"She works hard and she wants to be great," Yori said. "She gets that part of it. Of course there'll be some transition, but she's got that rare combination of skill and size that makes her more ready to play early in her career than most."

The other local incoming freshman: The World-Herald's All-Nebraska captain, Lincoln Pius X guard Maddie Simon. Yori said Simon has major upside once she concentrates solely on basketball in college. Simon's length — she's listed at 6-2 but may get taller — will help the Huskers against top teams that have their own elite perimeter length.

"Every time I see her," Yori said, "it seems like she's grown another half-inch."

"If I had my druthers, we'd sign a guard and a post," Yori said. "It's all about who's out there, who's available, who's good enough and who's interested."

However the roster shakes out, Nebraska will take a summer trip to Australia. Yori said the Huskers will play at least four games there, including in Sydney and Brisbane. They'll get 10 practices before the trip. Since this is one of Yori's youngest teams, she timed the trip well. The last one, to Scandinavia, came before the freshman seasons of Cady, Laudermill, Sample and Jeffery. They were the first Husker women to play in four straight NCAA tournaments.

Their graduation ends an era of sorts. With the talent on hand — and better luck in the health department — Nebraska is set up to make four more NCAA tournaments. The Huskers are stable and strong.

Can they challenge the Big Ten's top program? There isn't a plural on that, either. It's one team. Maryland. Twice, the Terps have visited Nebraska in the last three seasons, and won by 19 and 28 points. Those Maryland teams were the two best I've seen in the four years I've covered the Husker women.

Nebraska will need the usual ingredients Yori uses to build her teams — confident, consistent shooting, hustle-and-smother perimeter defense — and more depth and talent. The 2014 and 2015 classes are, on paper, the best recruiting classes Yori has ever signed, and after years of having to be creative with her post defense, she appears to have the front-court players — led by Shepard — that let her guards do their thing.

I don't think it's a one-year project, even with a full season of Theriot.

But it's a climb Nebraska can make.

McKewon: Husker football's sellout streak is in trouble, and that could be good news

Perhaps raising money for a much-needed overhaul of Memorial Stadium, including bigger seats with backs and cupholders, will be easier if the sellout streak lapses.

The bombshell that Oklahoma and Texas had inquired about joining the SEC should make Husker Nation thankful to be rid of their drama, writes Sam McKewon.

In the boldest and most contentious decision of his tenure, Trev Alberts moved to cut UNO's football and wrestling teams. Even a decade later, the bitter echoes of that decision can still be heard.

Big Red Mailbag: When does Scott Frost's seat get at least lukewarm?

NU coach Connie Yori returns star point guard Rachel Theriot, whose season-ending injury contributed to seven losses in the final 11 games. Theriot figures to pair in the backcourt with Natalie Romeo, whose 3-point shooting added a spark to the Husker offense down the stretch.

Touted guard Chandler Smith, right, had an up-and-down freshman season. But Yori noted that the 6-footer from Brewster, Washington, missed nearly three months because of foot ailments. She was part of the playing rotation most of the Big Ten season.