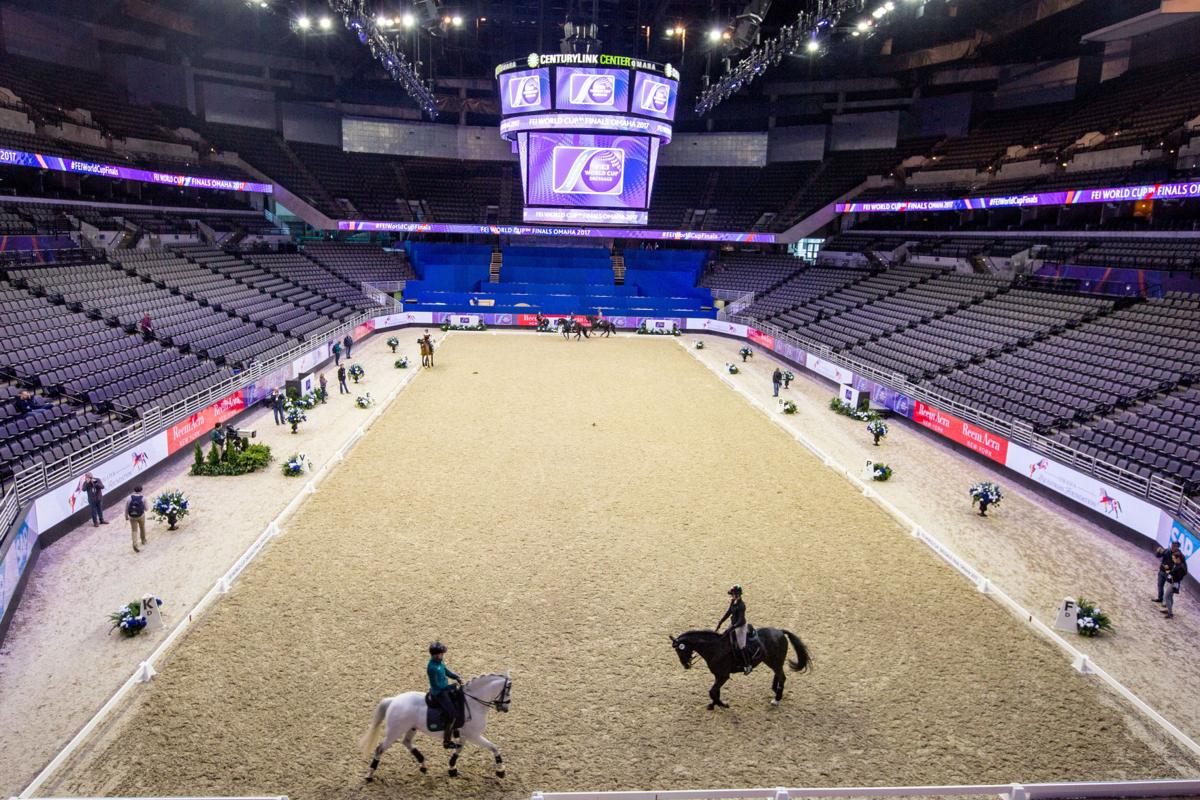 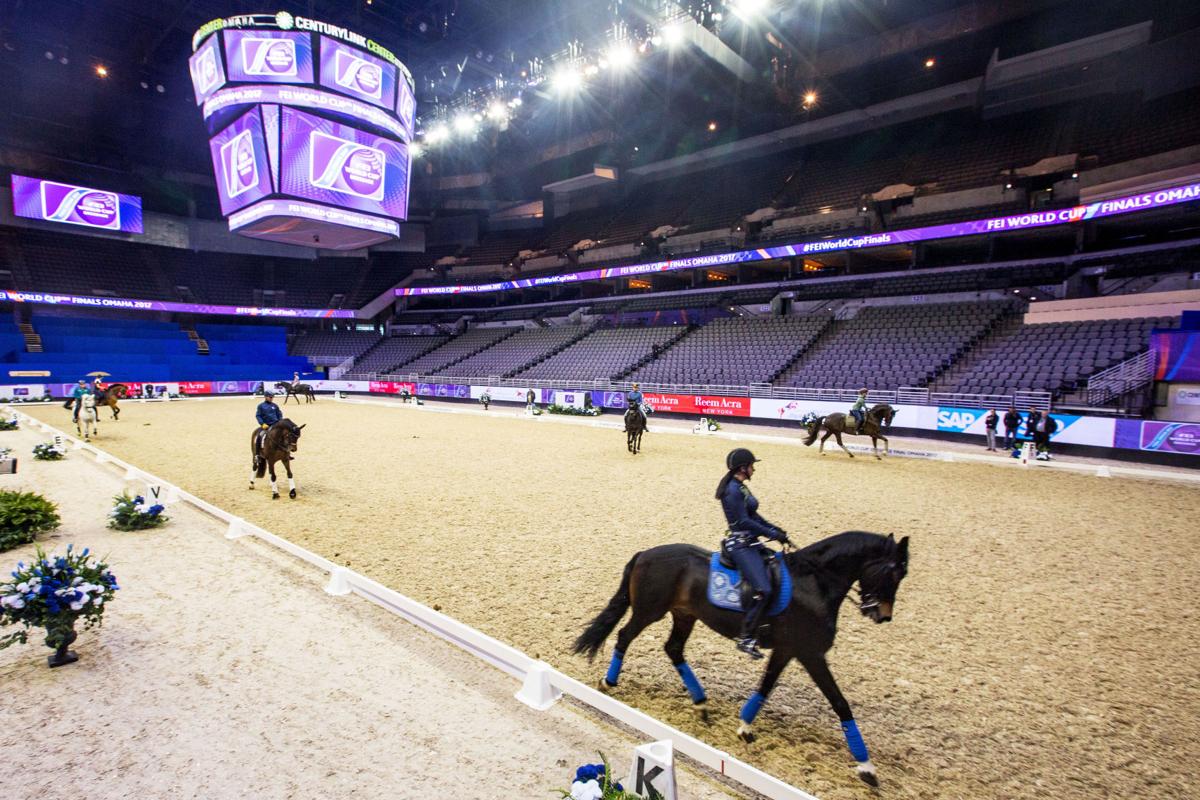 Local World Cup officials remain optimistic about tickets sales for the event, which runs Wednesday through Sunday at the CenturyLink Center.

About 6,750 all-session tickets have been sold. That’s about 450 short of the goal, said Mike West, CEO of the Omaha Equestrian Foundation, which is organizing the competition.

West said he hopes to reach that mark before the conclusion of the World Cup. Walk-up tickets for all sessions are available at the CenturyLink box office throughout the event.

On Tuesday crews were putting finishes touches on the arena where riders will compete in show jumping and dressage, sometimes referred to as "horse ballet" because of the intricate rider-horse movements.

About 800 tons of a mixture that includes dirt and polyester fiber covers the arena floor for the World Cup. The mixture was spread about a half-foot deep and is intended to provide just the right combination of stability and cushion for the 1,200-pound horses.

After preparations, the arena will seat about 13,500 spectators for the competition.

World Cup 101: Your guide to the FEI finals in Omaha

The 2017 World Cup Finals, Wednesday through Sunday at the CenturyLink Center, will draw equestrian fans from around the country and overseas for an event that could be described as the Super Bowl of horses. Riders and animals compete in two Olympic equestrian categories.

Daily schedule of events for the 2017 FEI World Cup at CenturyLink Center Omaha.

One Omahan had a vision and wouldn’t let go. Her name is Lisa Yanney Roskens, and she apparently wowed the international committee members with her 2014 presentation in Lausanne, Switzerland.

Kelly: Long before the World Cup, top horses were a draw in Omaha for decades

World Cup organizers say the competition has drawn fans from across the United States and overseas. But the event’s planners also expect that plenty of folks from Omaha — a city known for supporting big sporting events — will show up to check out horses in action in two Olympic equestrian categories: show jumping and dressage, also known as “horse ballet.”

For American McLain Ward, Thursday’s opening round of the FEI World Cup Jumping Finals at the CenturyLink Center was about setting a tone for the rest of the weekend.

As much as I begged for honesty, people seemed sincere in their verdict: Aside from the rainy weather, Omaha was nailing it.

Watch this little girl swim with her 11-foot pet python

Watch this little girl swim with her 11-foot pet python