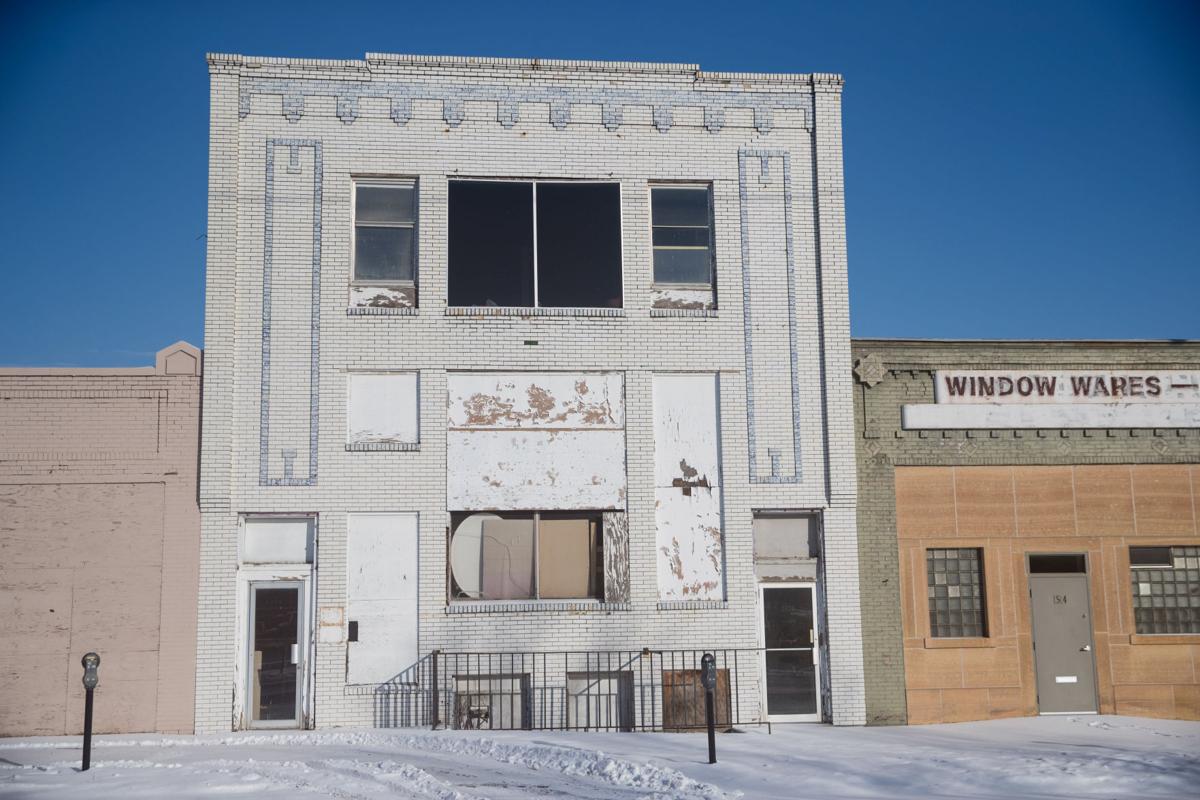 The 1911 building that housed the On Leong Tong, at 1518 Cass St., started as a commercial laundry. The tong, a Chinese brotherhood, occupied the second floor from 1938 until the late 1950s. 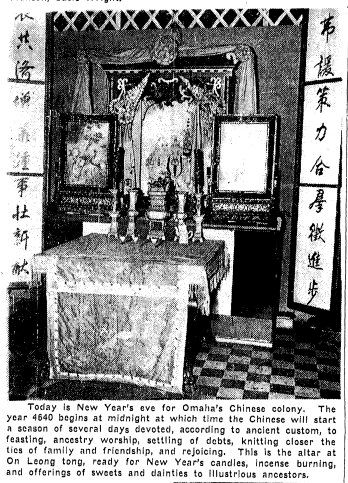 A Feb. 4, 1943, clipping from the Omaha World-Herald shows the altar at the tong house, now listed on the National Register of Historic Places.

The weathered white facade makes its presence clear, cutting a higher profile than the rest of the buildings on the block.

But the vacant brick structure at 1518 Cass St. is the kind of neighborhood landmark few notice unless they’re looking for it. Over the years, various tenants have moved in and moved on. For decades, the building has stood intermittently empty and mostly nondescript.

But for a time in the mid-20th century, Omahans passing by may have noted at least one distinct feature: on a rooftop flagpole, just below its American counterpart, a Chinese flag waving in the wind.

From the late 1930s through the late 1950s, the building served as the headquarters of the Omaha branch of the On Leong Tong, a Chinese-American business association with a murky past.

Last week, the Nebraska State Historical Society announced that the Cass Street building, along with Omaha’s Chiodo Apartments and business districts in three other Nebraska cities, would be added to the National Register of Historic Places.

Nomination materials for the Cass Street building were prepared by Restoration Exchange Omaha, a nonprofit dedicated to the preservation of the city’s old buildings. Initially, researchers had hoped to highlight the building’s origins as a commercial laundry business, said Kristine Gerber, executive director of Restoration Exchange.

But then they started digging.

The building, completed in 1911, served as a laundry under various names until 1935, when it was damaged in a fire. Owners repaired it and offered it for lease. But for the next few years, it stood empty, until a new tenant moved into the second floor in 1938.

By that time, the On Leong Tong had been a fixture in Omaha’s Chinese community for at least 20 years. And for decades before that, male Chinese immigrants living in the Chinatown districts of American cities had been organizing themselves into brotherhoods known generally as “tongs.”

In many ways, they functioned as a sort of mutual aid society, providing employment opportunities and housing for new Chinese arrivals.

In cities with high Chinese populations, like San Francisco, there could be dozens of tongs. Some, including the On Leong, arose in population centers on the coasts and spread to other cities. Like Omaha.

“The Chinese help each other,” said Betty Chin, a member of the advisory board of the Nebraska Chinese Association, who helped research the Cass Street building for the national designation. “(The tong) was for immigrants who came over from China who didn’t have jobs or places to live.”

But the story of the tongs is fraught with other, darker chapters. Many civic authorities considered them criminal organizations, and rival tongs clashed with one another in the “tong wars” of the late 19th and early 20th centuries.

By 1916, the On Leong Tong had established itself in Omaha’s Chinatown, which covered a four-block area northeast of 12th and Douglas Streets. The tong was originally based in a building on North 11th Street, and it served as a social hub of Chinatown, according to one later newspaper account.

Decades later, as it faced demolition, older residents remembered the old headquarters as the site of lively Chinese New Year celebrations, mah jongg games — and at least one gambling raid.

In its submission to the National Park Service, Restoration Exchange said it’s not clear to what extent the Omaha branch of the On Leong functioned as an arm of a larger national criminal enterprise. But newspaper headlines from the time reflect anxieties among the Omaha Chinese community about tensions flaring elsewhere.

In 1924, On Leong groups in eastern cities were fighting with the rival Hip Sing Tong. That year, in Omaha, a cook in a Chinese restaurant on Douglas Street was shot through the back and killed. Chinese merchants told The World-Herald that they suspected the murder resulted from a personal dispute, rather than tong warfare. But later coverage indicated that the man was killed because he was suspected of being a member of the Hip Sing.

Three years later, as the tong war erupted again, Omaha police gave the On Leong permission to arm two members and dispatched two officers to aid in patrolling the city, searching for members of the Hip Sing.

The World-Herald quoted a secretary of the On Leong, Gow “Charley” Huey, as saying that while the Hip Sings were devoted to gambling and other illegal business, the On Leongs were “business men, operating restaurants, laundries and stores.”

As the years went by, Omaha’s Chinese population began to dwindle, as residents were lured away to opportunities elsewhere. In 1938, likely responding to the decline, the On Leong moved into a smaller space in the upstairs of the Cass Street building.

But the influence of the tong continued to decline through the 1950s. In 1958, its last remaining member died.

Today, Gerber said, there are few remaining structural links to Omaha’s early Chinese community. There’s King Fong, of course. But others are harder to find. Hidden, maybe, in plain sight.

“We’re just big believers that every building has a story,” she said. “And this is the perfect example.”

The Nebraska State Historical Society announced last week that another Omaha landmark — the Chiodo Apartments — has been added to the National Register of Historic Places.

The complex at 2556 Marcy St. was built in 1918, one of four apartment buildings built by Vincenzo P. Chiodo that decade. It serves as an example of the Italian Renaissance Revival style, and has kept much of its original material.

The foundation and first two stories are cut from stone salvaged from Omaha’s 1885 courthouse. The columns around each entrance originally supported the courthouse dome.

Grace: Book tells Nebraska's story through a look at its 150 best buildings

You don’t have to be an architect to understand or appreciate the stories in this book, “150@150.” Barnes has presented an interesting look into places that will be both intimately familiar to Nebraskans and maybe less well known.

The new owners of the former Logan hotel and apartments at 1802 Dodge St. said Tuesday that their hope is to renovate the century-old structure that has sat vacant for more than a decade.

This month the museum will open in new space on the first floor of north Omaha’s historic Jewell Building, 2221 N. 24th St. A celebratory open house is scheduled for later this week.

The 1911 building that housed the On Leong Tong, at 1518 Cass St., started as a commercial laundry. The tong, a Chinese brotherhood, occupied the second floor from 1938 until the late 1950s. 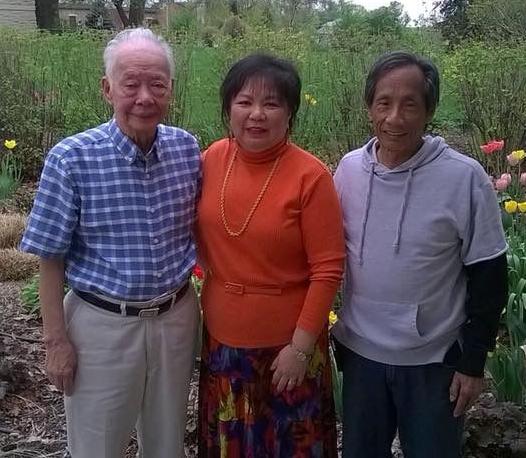 Betty Chin, center, is a member of the advisory board of the Nebraska Chinese Association. At right is her husband, Dennis. At left is Chu Huey.

A Feb. 4, 1943, clipping from the Omaha World-Herald shows the altar at the tong house, now listed on the National Register of Historic Places. 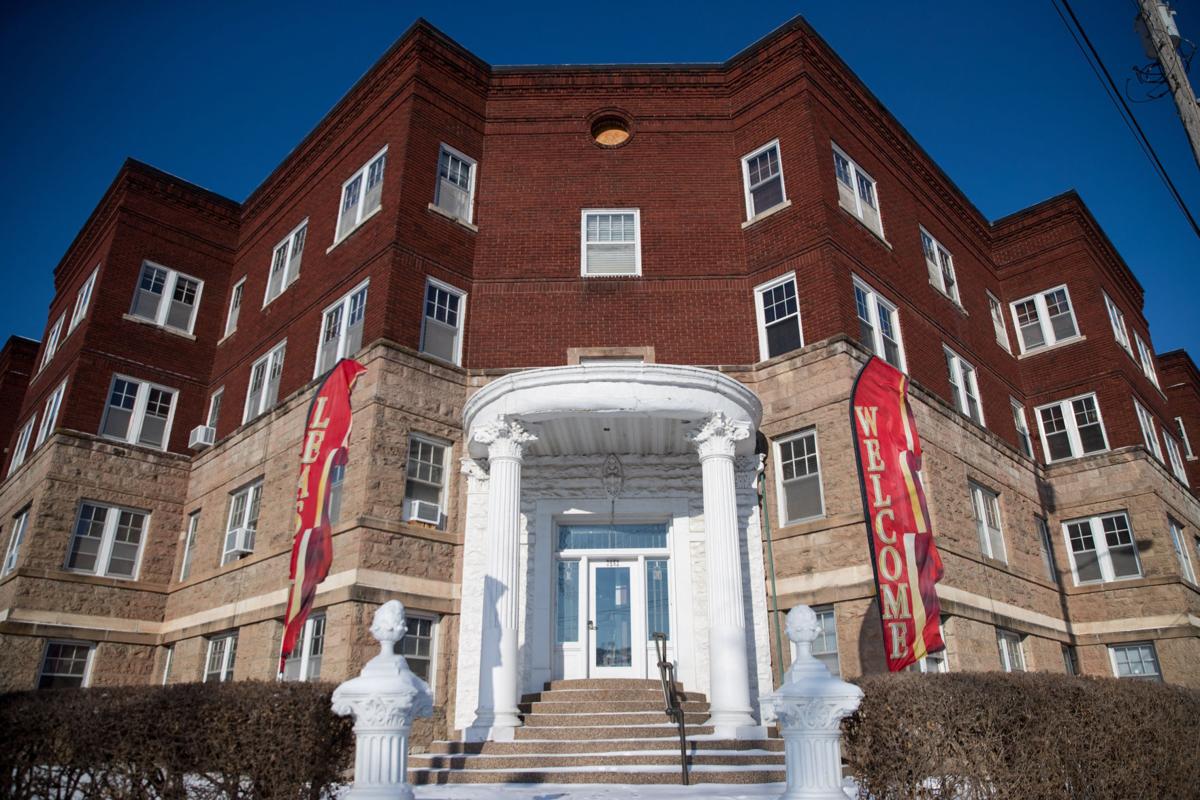