Connie Kully and Pat Lontor, both just months shy of 80, lined up Tuesday inside the lobby of Omaha’s Christ Community Church before their 9 a.m. appointments for their first shots of COVID-19 vaccine.

Early arriving seniors, including Kully’s husband, Bob, 83, who was scheduled for a 9:10 a.m. shot, waited while seated at small, socially distanced tables.

“We’re thrilled to get this done,” Connie Kully said. “Our kids are thrilled.”

But the friends, who met a quarter of a century ago through their love of antiquing, didn’t have long to wait on the first day of the Douglas County Health Department’s vaccination clinics for those born in 1941 or earlier.

The two moved quickly through a registration area and on to the church’s gym, where they sat in an assigned, color-coded pod of socially distanced chairs.

A nurse with a cart loaded with syringes, bandages and “I Got the COVID-19 Vaccine” stickers wheeled over to their chairs.

Lontor said one of her two daughters, a nurse in Delaware, had told her of people waiting four hours for shots. “This is amazingly good,” she said.

Meanwhile, the nurse was injecting a dose of vaccine into Connie Kully’s arm. On tap for the day was the Pfizer shot.

“I didn’t feel it at all. She’s very good,” Kully said of the nurse giving the shot.

Phil Rooney, a Health Department spokesman, said health officials, working with the church’s staff, made a number of changes before launching clinics for older residents. The clinics are being conducted in partnership with area health systems. Vaccinations are by appointment only.

During earlier clinics for health care workers, lines snaked through the building. Rooney estimated that organizers had cut the number of steps shot-seekers would have to take by about a third.

Staff and volunteers also were using golf carts to ferry people from their cars in the parking lot to the building’s doors.

Jennifer Misfeldt said her grandmother, Grace Bakhit, 94, had worried that Bakhit would have to navigate stairs to enter the clinic. Bakhit uses a walker most of the time.

But there were no stairs. And after Misfeldt pulled her vehicle up to the church’s front circle drive, a volunteer helped her grandmother indoors while Misfeldt parked.

Misfeldt said she and a cousin have been signing up elders in the family for appointments. She also has signed up her parents, who are in their 70s. Grace Bakhit lives with them.

“Overall, it was a very simple process,” Misfeldt said.

After the women received their shots, they waited 15 minutes while they were observed for any allergic reactions. While they waited, a staff member stopped by with a tablet computer to set up an appointment for their second shots.

As one seating pod cleared, a volunteer sprayed the area with disinfectant to prepare for the next group.

Rooney said the department had 700 appointments scheduled each for Tuesday and Wednesday. Three other clinic sites are handling similar numbers.

The Health Department also announced Tuesday that people 75 and older — those born in 1946 or before — can begin to schedule appointments Thursday. A link to schedule them will be available on the department’s website no later than 9 a.m. that day. Appointments could be available as early as Saturday.

Rooney noted, however, that those in the 80-plus group still can schedule appointments. The expansion does not mean they won’t get their shots.

Adi Pour, the Health Department’s director, told the Douglas County Board on Tuesday that the department received additional doses of vaccine this week. Some were available because large pharmacies had returned doses to the state. They are left over from the federal program through which the pharmacies have been vaccinating staff and residents in long-term care facilities.

Pour told County Board members that the Health Department is expanding into the next age bracket because it still has openings for appointments for people 80 and over, meaning that they are meeting the demand for that group and can accommodate more.

The department also has started offering vaccines to law enforcement officers. Pour said about 90% of this week’s allotment is going to older people and about 10% to law enforcement. The officers are at the top of the next tier in the current phase of vaccinations.

A lot of prep work occurred before the doors opened.

“This is what I would call the penicillin moment of our generation,” he said of the vaccination effort.

The Pfizer vaccine, in particular, requires careful handling and additional steps in preparing each shot for injection.

“We’ve been waiting for this day,” Casanave said.

So have Ida and Joe Macchietto, ages 88 and 90. They came with daughter Christine Johnson.

“I think it’s great,” Ida Macchietto said. “I’d like to be protected.”

Joe Macchietto said he wants to take a little trip and to dine out somewhere other than a drive-thru.

Johnson said the couple used to host the family for Sunday dinners. They have four children, nine grandchildren and 13 great-grandchildren.

“It makes me appreciate family — when you can’t visit, you can’t hug,” she said.

The locations and times for the vaccination clinics in Douglas County:

Immanuel Medical Center, 72nd Street and Sorensen Parkway, in the rear of the hospital, 9 a.m. to 5 p.m. Wednesdays and Fridays beginning Wednesday.

Appointments for people who are under age 65 with underlying conditions should be made through the Nebraska vaccination system at vaccinate.ne.gov. People in this group will need to re-register at that link if they have registered elsewhere.

Is a retail credit card worth it?

During a public hearing, public health officials asked the Omaha City Council to extend the city’s indoor mask mandate, while opponents questioned the science behind masks.

The vaccinations give Open Door Mission CEO Candace Gregory hope that shelter is on the road to recovering normalcy.

Nebraska is awaiting information from federal officials regarding how many doses of COVID vaccine one program will bring to retail pharmacies in the state.

Gov. Ricketts: It could take several months to vaccinate 65-plus age group

Top Nebraska officials say the pace of vaccinations is increasing, and certain pharmacies in the state will begin offering shots.

Attorneys, judges and corrections officials have been needling the governor and public health officials for COVID-19 vaccines for court officials to get criminal cases moving again.

COVID vaccines do not contain fetal cells, but cell lines were used in some testing

Nebraska taking longer to get vaccine into people's arms, but officials aim to improve

After a fast start to getting COVID-19 shots into people’s arms, Nebraska has settled into the middle of the pack when it comes to administeri… 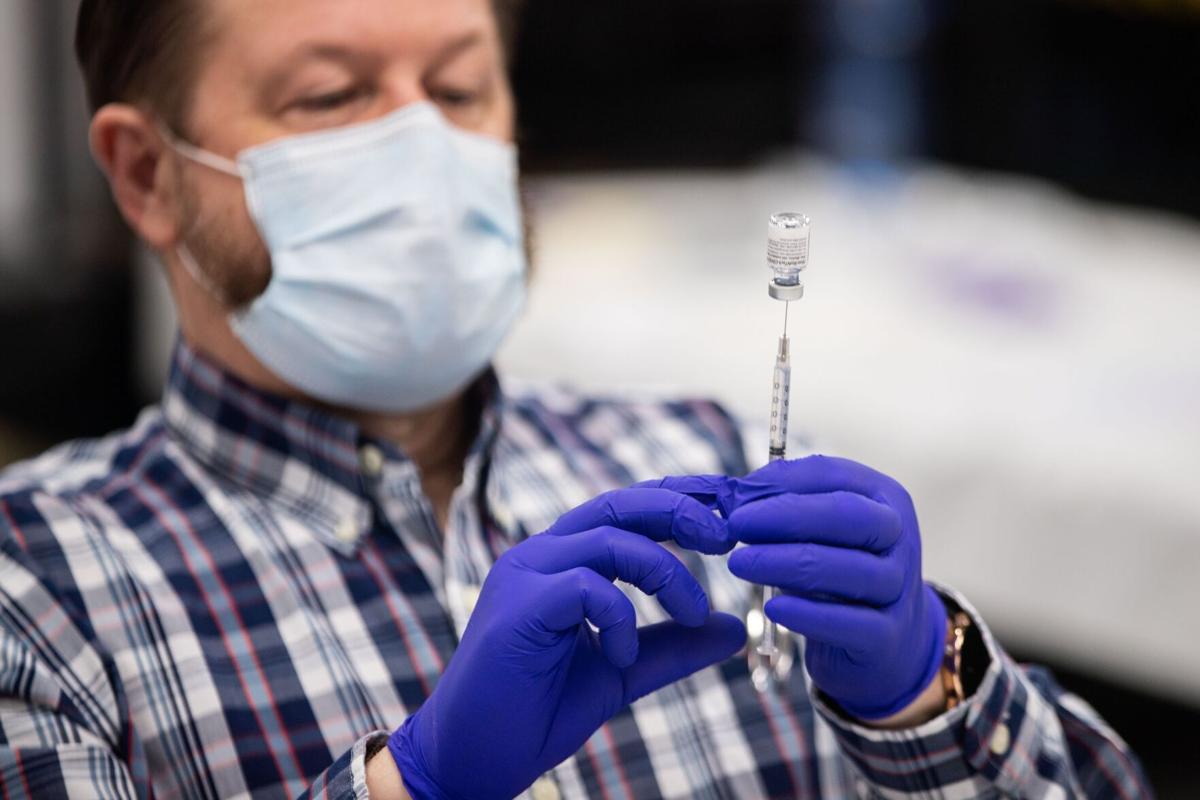 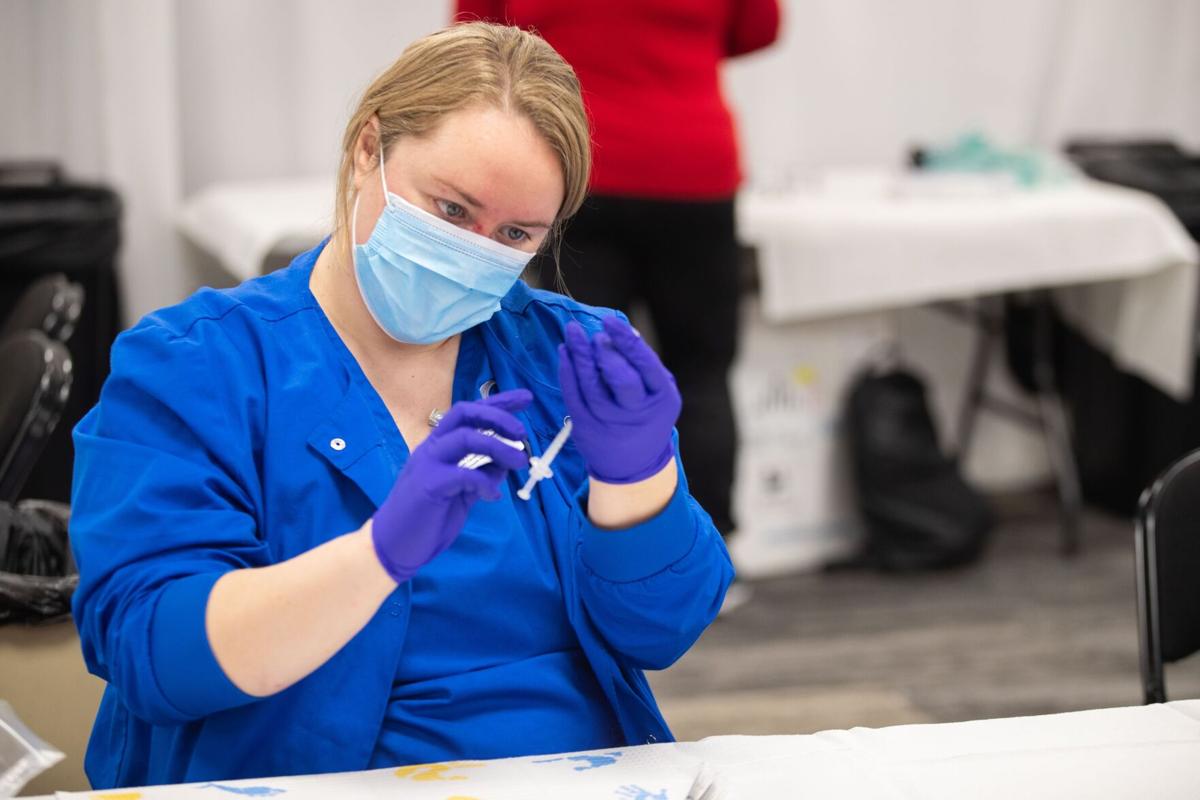 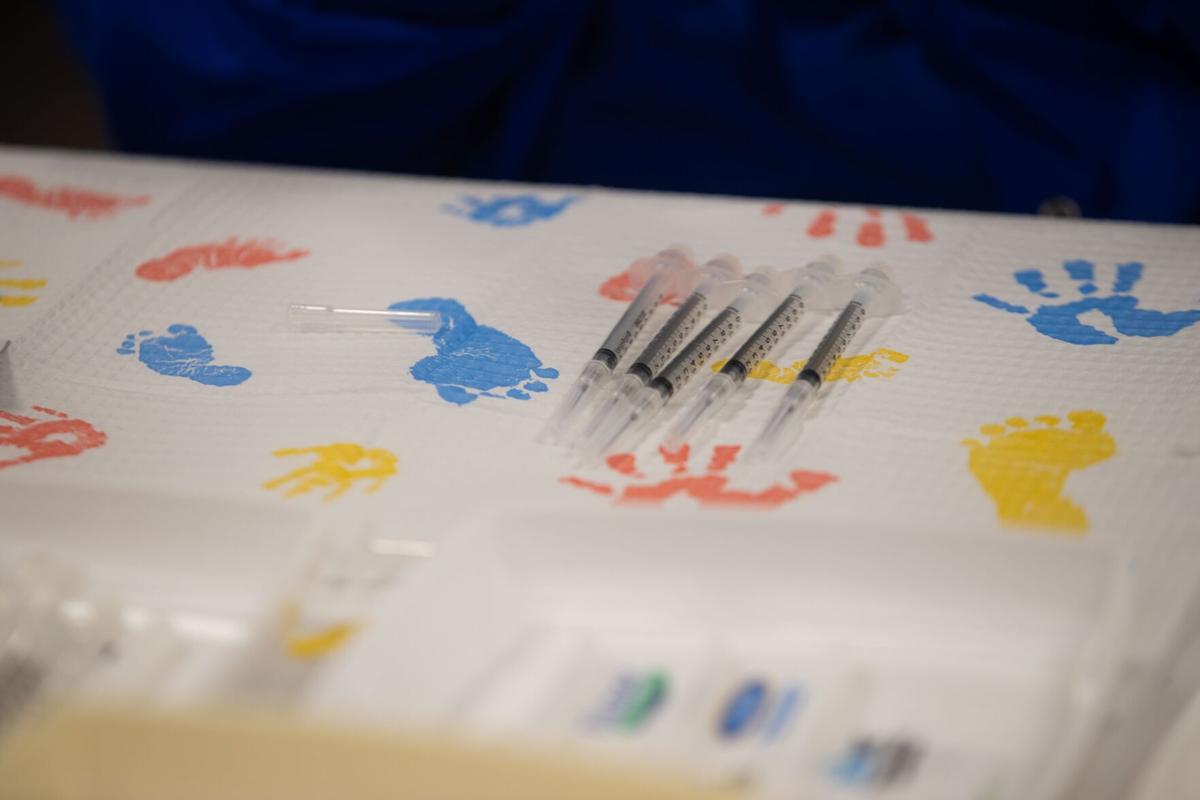 Syringes sit on a table at a COVID-19 vaccine clinic at Christ Community Church in Omaha on Tuesday. 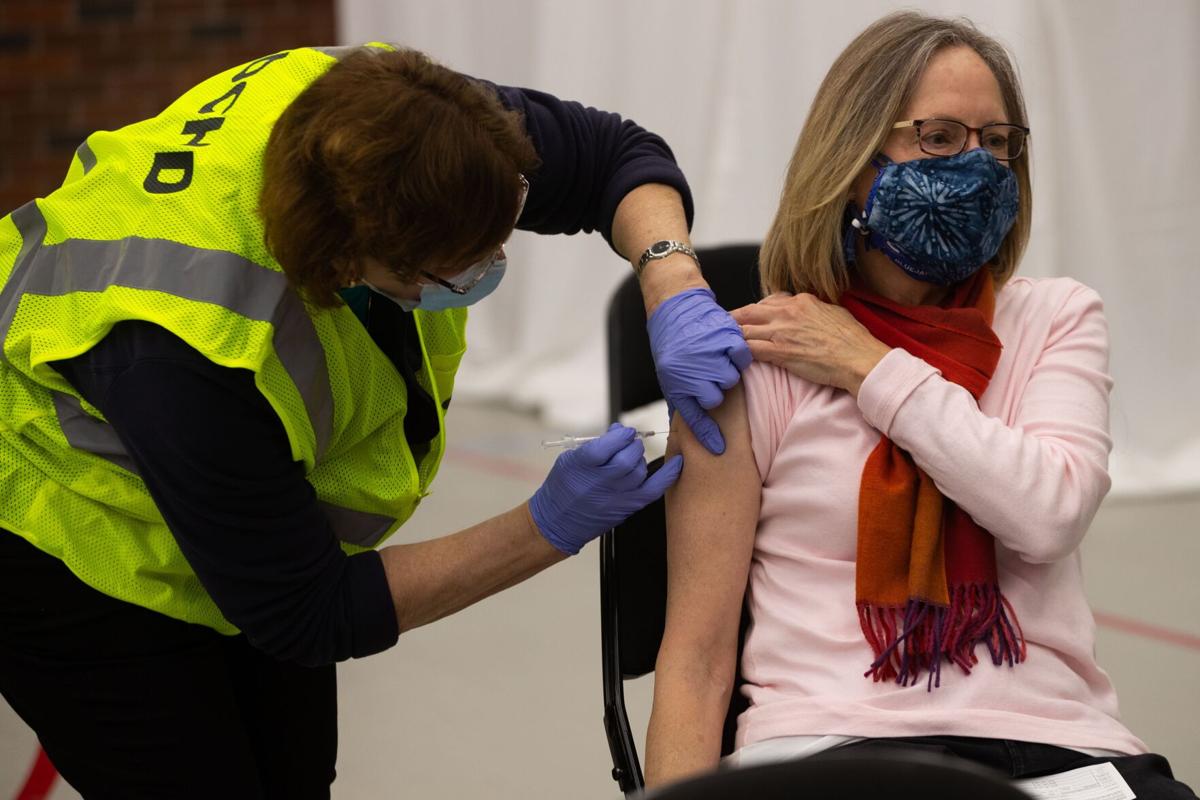 Douglas County Health Department volunteer Gail Dickel receives a COVID-19 shot at a vaccination clinic at Christ Community Church in Omaha on Tuesday. “This is what I would call the penicillin moment of our generation,” said Fred Massoomi, another volunteer. 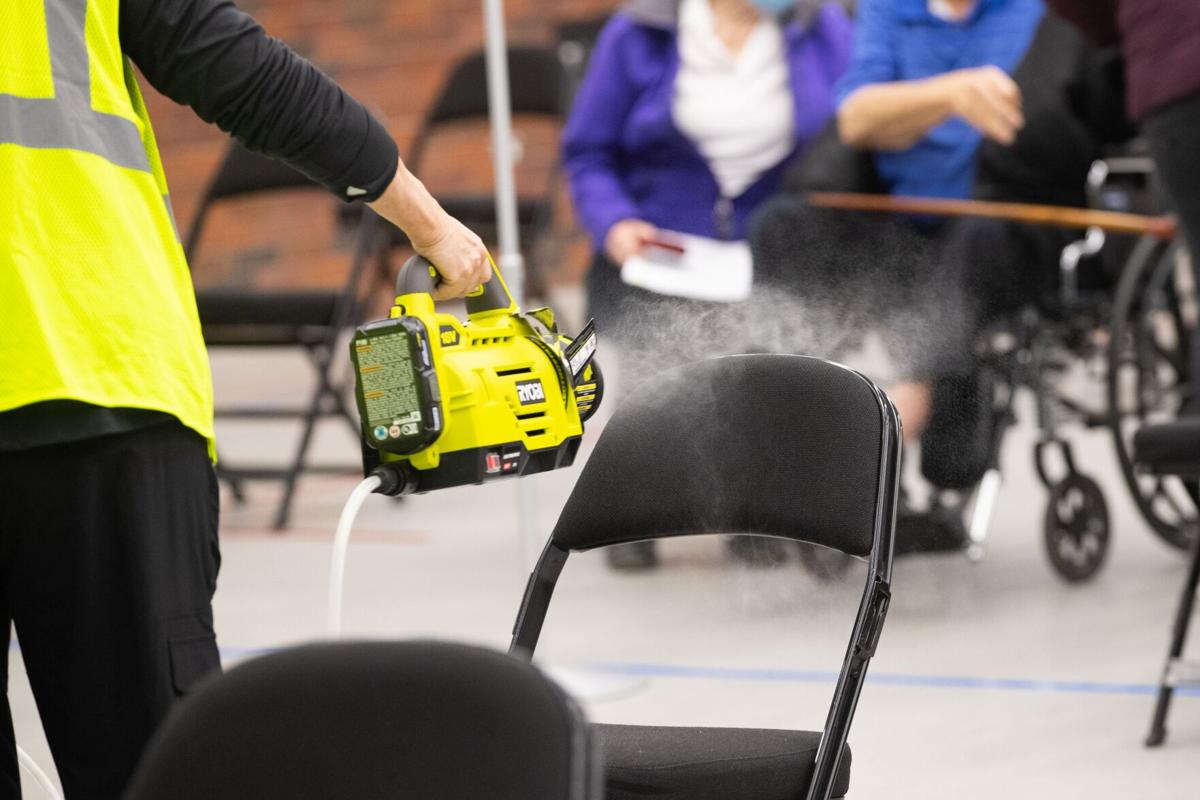 Chairs, sanitized and socially distanced, at the clinic. Organizers cut the steps that seniors would have to take and used golf carts to ferry people from the parking lot to the building. 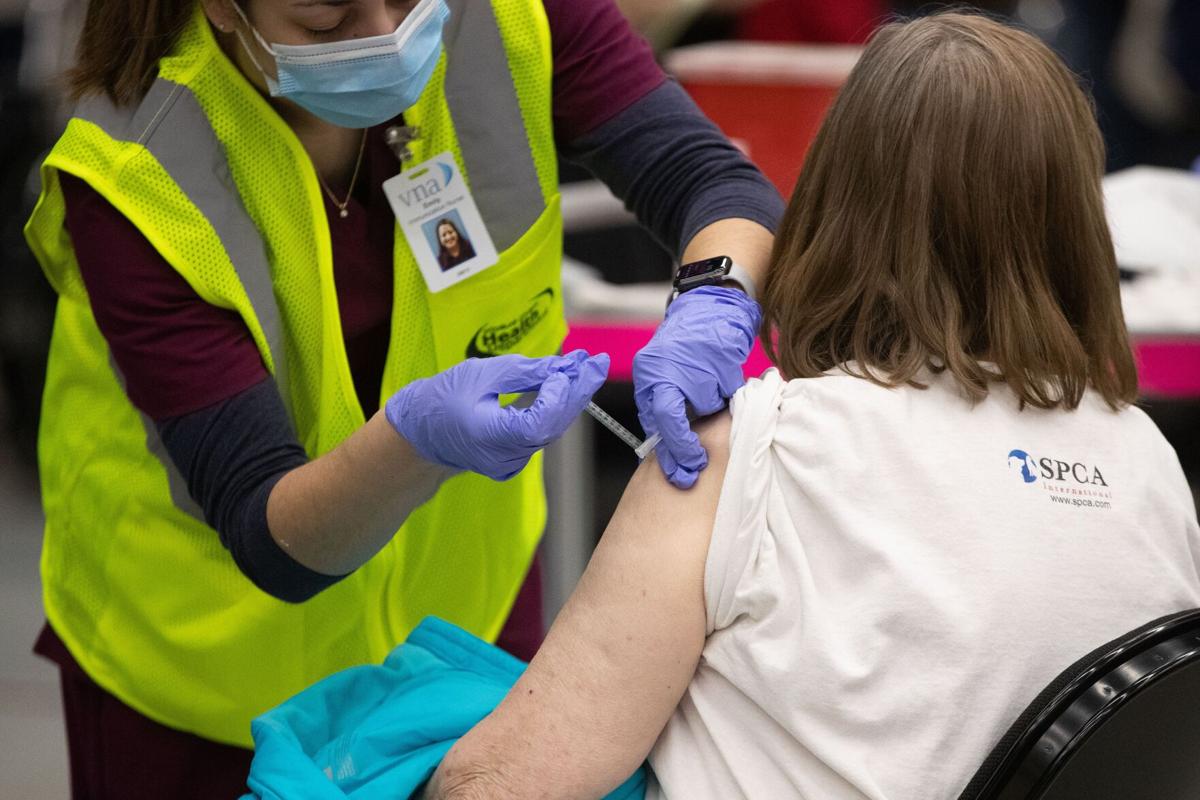