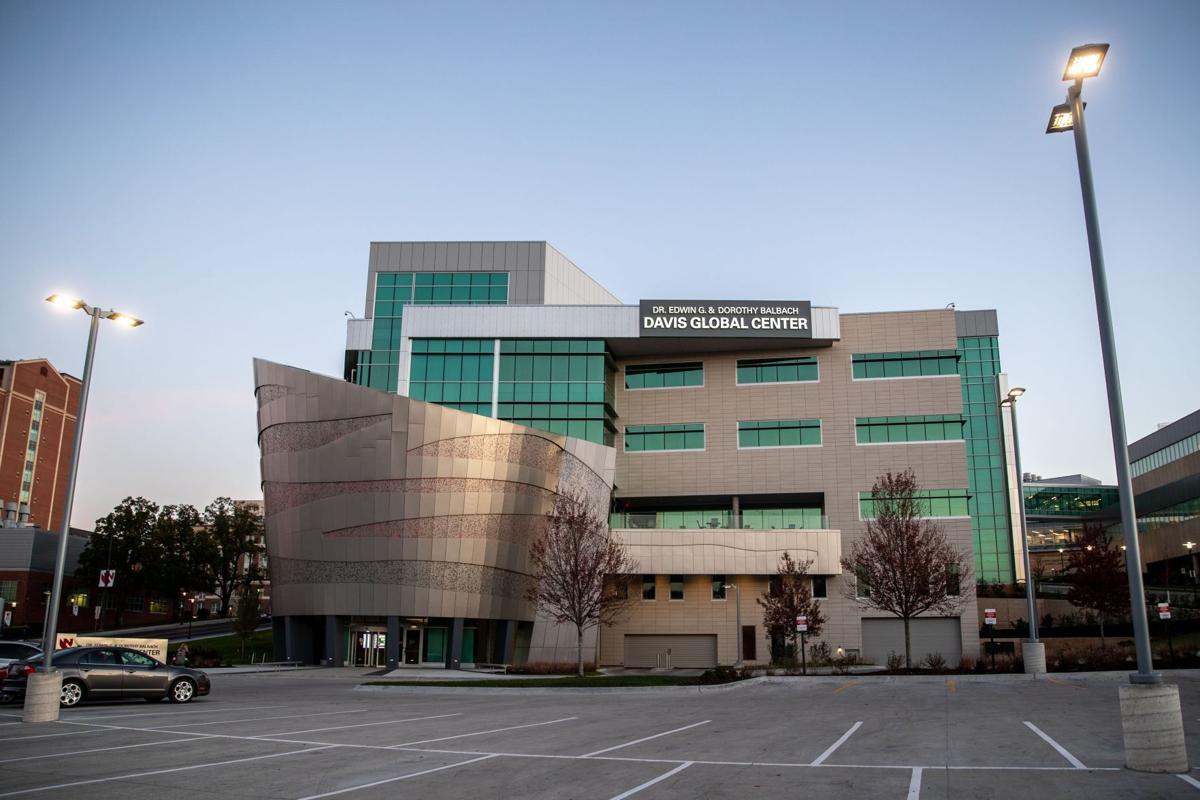 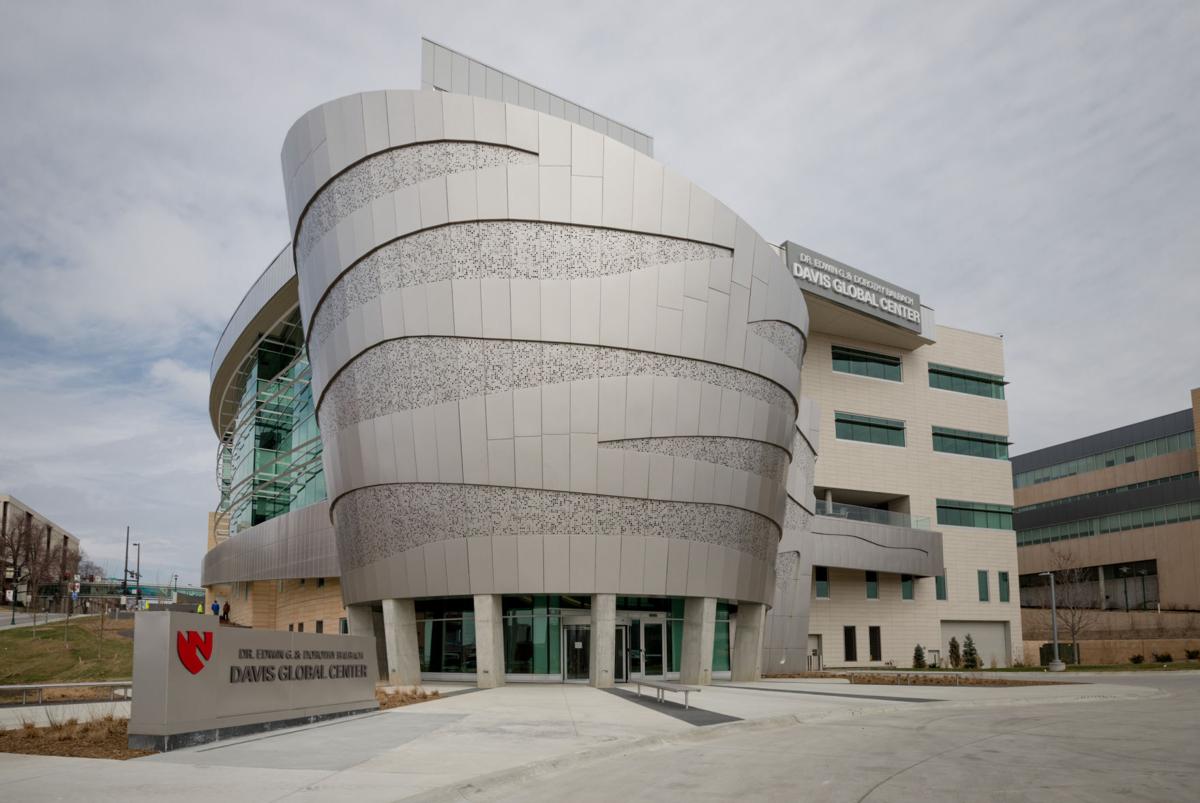 One portion of the Davis Global Center, situated near the northeast corner of 42nd and Leavenworth Streets, got a high-profile tryout in the early days of the pandemic when it housed evacuees from a cruise ship stricken by COVID-19.

In a sign of the times, the University of Nebraska Medical Center held a virtual ceremony Tuesday — complete with virtual fireworks — to dedicate its new high-tech training and simulation center for health care professionals.

One portion of the building situated near the northeast corner of 42nd and Leavenworth Streets got a high-profile tryout in the early days of the pandemic when it housed evacuees from a cruise ship stricken by COVID-19. The National Quarantine Unit, the nation’s only federally designated quarantine facility, is part of the U.S. Department of Health and Human Services Training, Simulation & Quarantine Center.

The center also is home to iEXCEL, the Interprofessional Experiential Center for Enduring Learning, a model for health professions education that combines advanced simulation and visualization technologies with simulated health care settings. In addition, it houses the Global Center for Health Security, which encompasses biopreparedness training and infectious diseases research, education and clinical care.

Dr. Jeffrey Gold, UNMC’s chancellor, said the center will be the “linchpin” of many of the education and training activities that will take place at UNMC over the next half a century.

“This facility — and the professionals and technology within it — have been and will continue to be life-changing for the health professionals who train here,” he said.

The center includes plenty of technology, from the holographic images lining the entryway to the three-story Sony Infinity Wall, the largest display of its kind in the Western Hemisphere, in the atrium. It also features a holographic theater, touted as the first in an academic institution, and Laser CAVE-5, a five-sided fully immersive virtual reality suite.

But it also includes replica health care settings, from an ambulance bay to operating rooms, where health care professionals can perfect techniques and practice working in teams, as they increasingly do in the real world.

The center reaches out to provide training across the state through electronic connections and four mobile units.

Dr. Robert Kadlec, assistant secretary for preparedness and response at the U.S. Department of Health and Human Services, emphasized the roles the national training center already is playing in the nation’s pandemic response.

In addition to housing and monitoring returned travelers from the cruise ship and assisting with the return of Americans from Wuhan, China, officials have developed training programs to help other health care providers safely transport and care for people infected with COVID-19.

“The work you do in Omaha improves the entire country’s readiness,” Kadlec said

Also focused on the role UNMC and the Davis Global Center play in preparedness were Gen. John Hyten, vice chairman of the Joint Chiefs of Staff, and until recently, commander of the U.S. Strategic Command in Bellevue, and Vice Admiral Charles “Chas” Richard, StratCom’s current commander.

The center was funded through a public-private partnership comprised of the state, city, federal government and philanthropists. Private funding comes from the Dorothy B. Davis Foundation, Mrs. Willa Davis Seemann of Omaha, the William and Ruth Scott Family Foundation, the Suzanne & Walter Scott Foundation and others.

Six scientists and physicians warned Nebraskans on Monday that the state is entering a “dangerous period” in the pandemic, marked by a record number of new cases and hospitalizations due to the virus.

HVAC systems, filters and even good old-fashioned open windows can play a role in circulating more fresh air indoors to dilute particles and droplets that contain the virus.

Masks as vaccine? While still theory, it's one more reason to mask up

The notion harkens back to the now-abandoned practice of variolation, which was used in fighting smallpox before the vaccine became available and eradicated the disease.

She wasn't infected. Why she almost lost her life because of Covid-19

She wasn't infected. Why she almost lost her life because of Covid-19

See how Covid-19 changed their sense of smell

See how Covid-19 changed their sense of smell 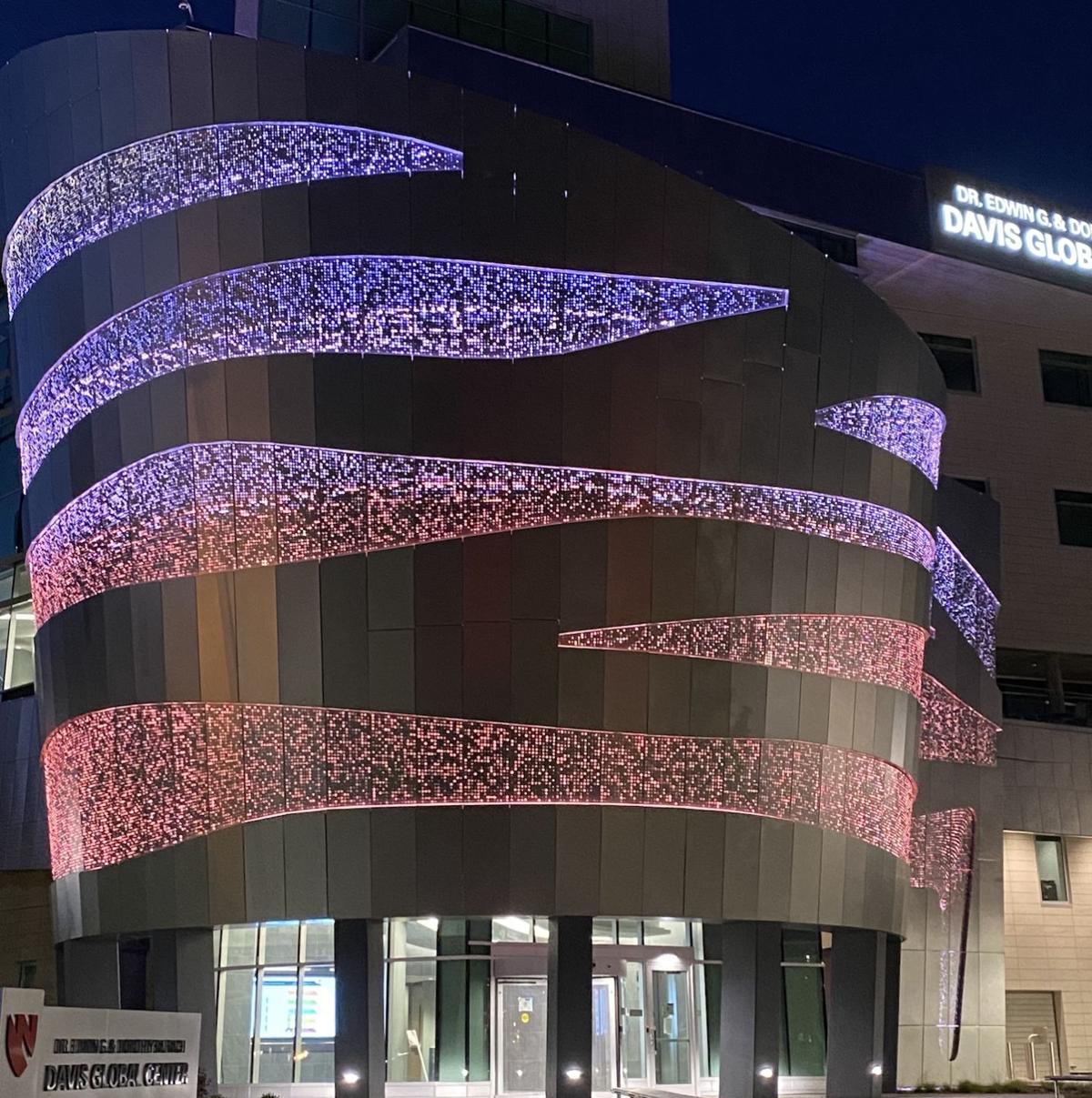 The Davis Global Center was lit up with a patriotic display for July Fourth. Tuesday’s ceremony featured virtual fireworks.

One portion of the Davis Global Center, situated near the northeast corner of 42nd and Leavenworth Streets, got a high-profile tryout in the early days of the pandemic when it housed evacuees from a cruise ship stricken by COVID-19.