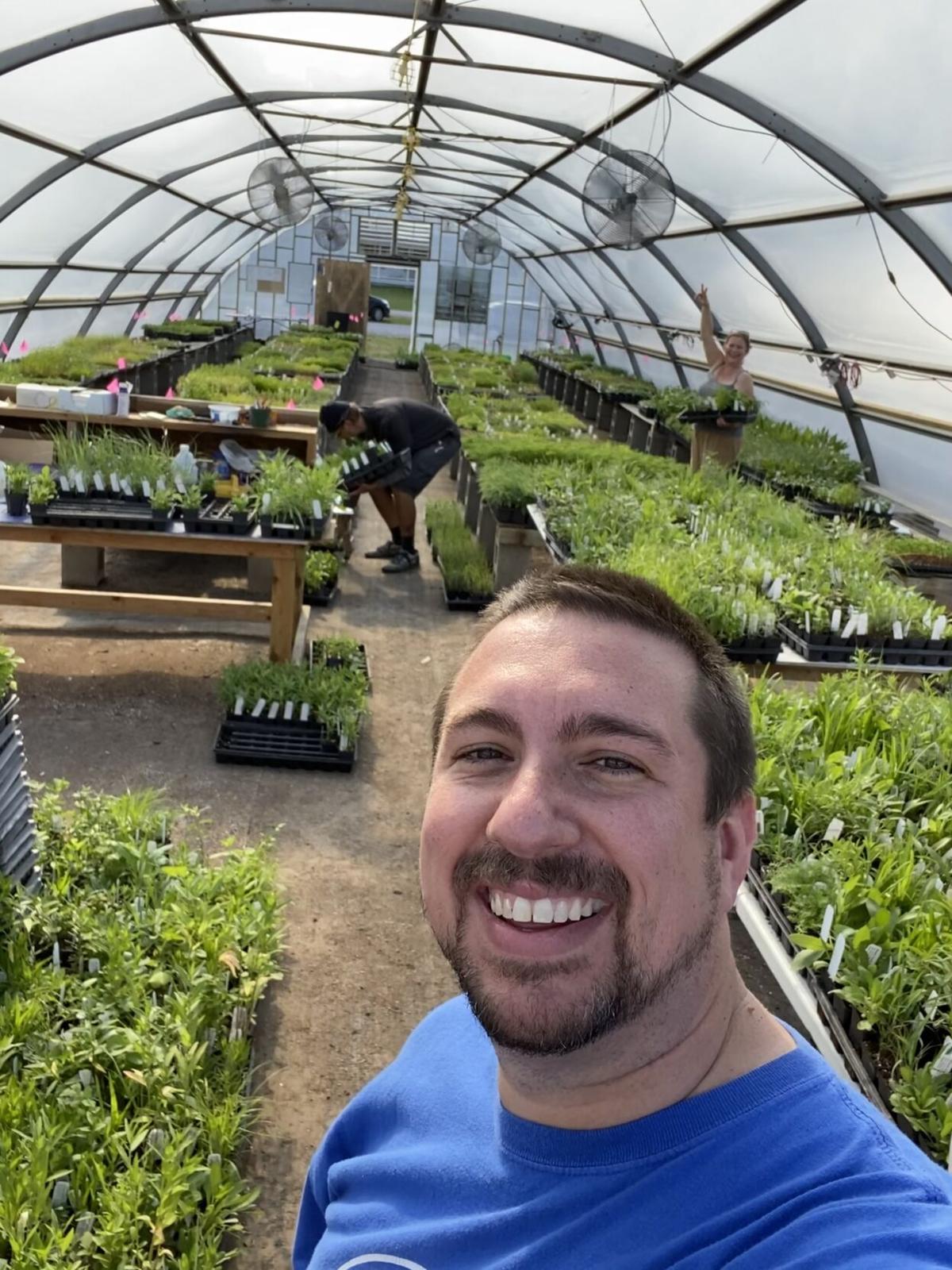 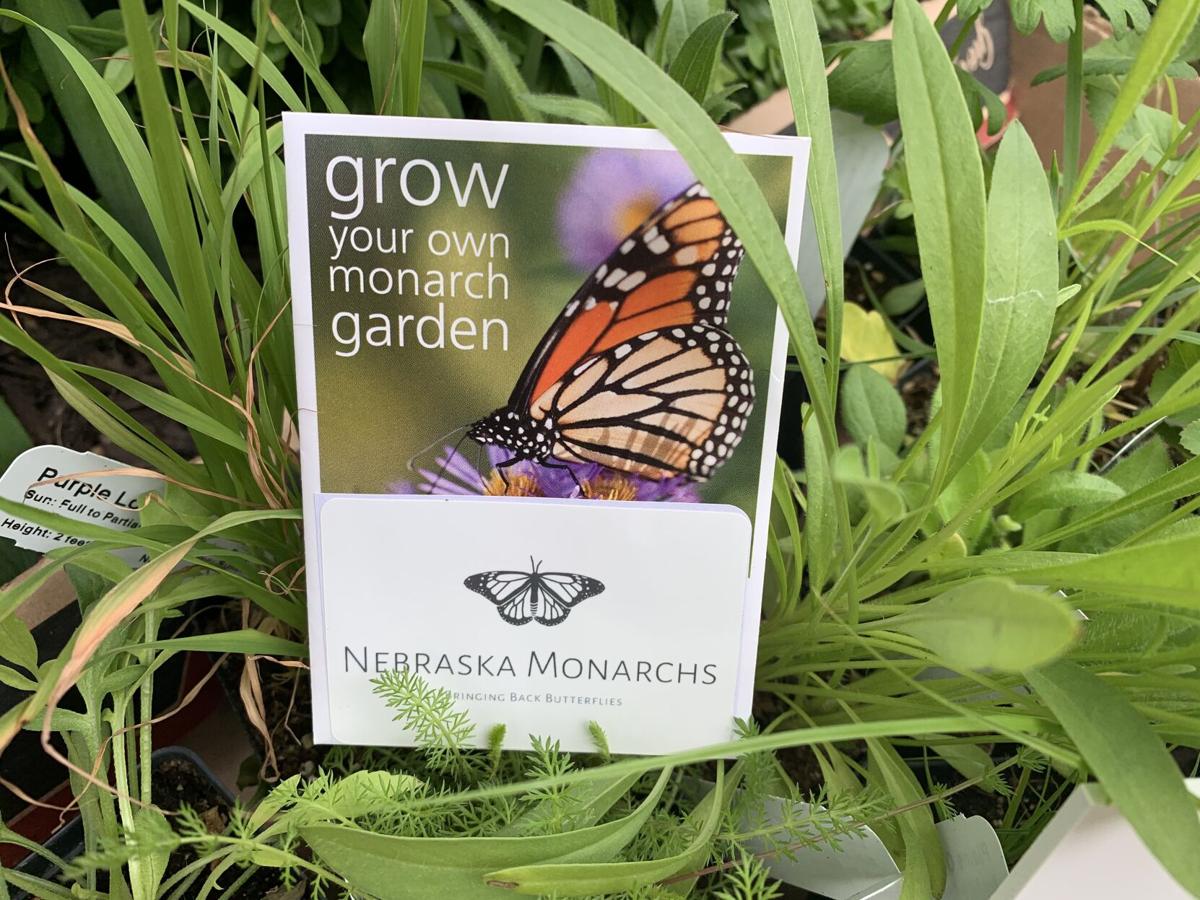 All participants received a packet along with their plants. The packet included the amount of plants needed, an educational garden sign, planting instructions and seed packets to share with neighbors. 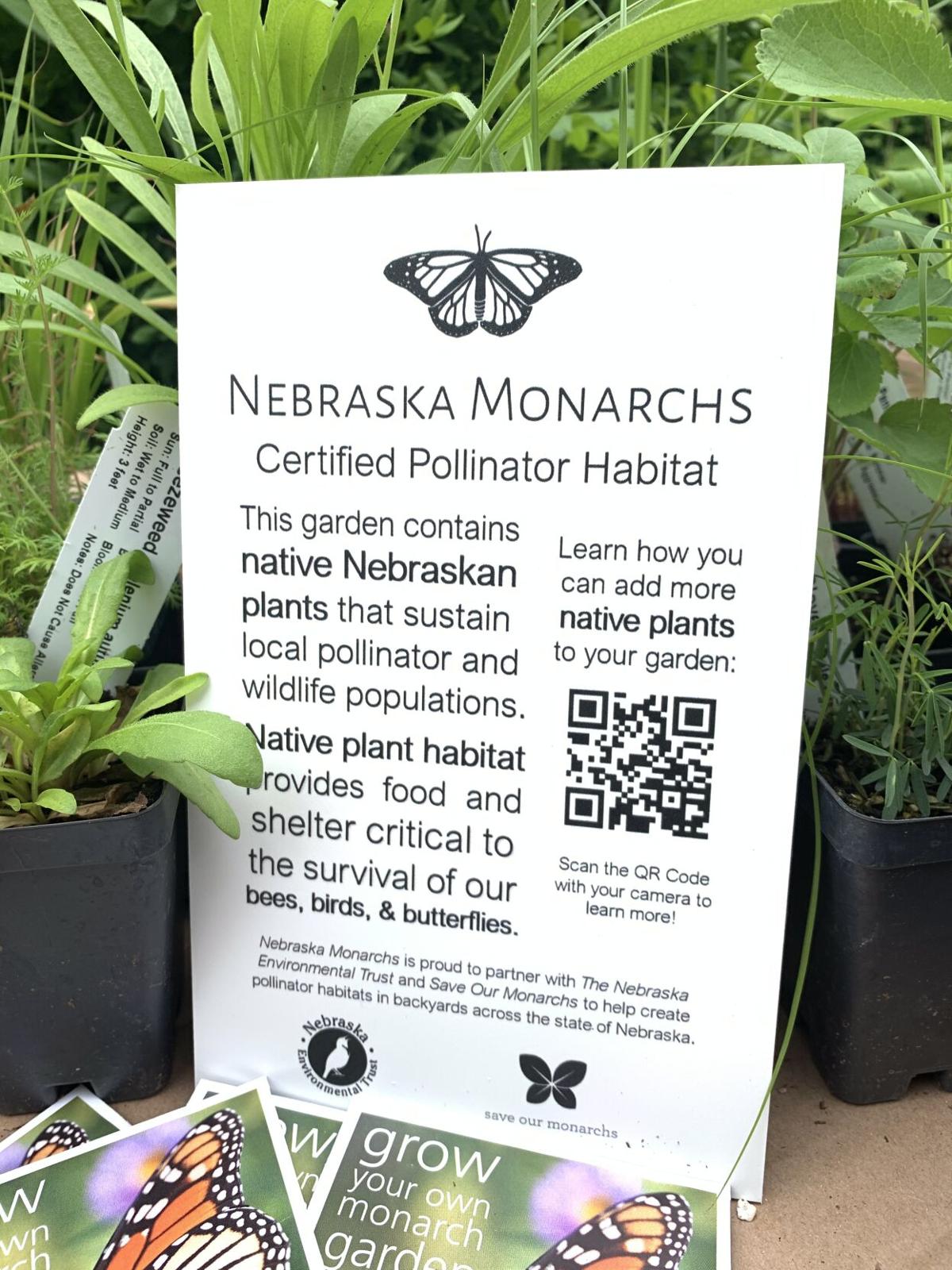 Each pollinator garden kit included signage to help educate others on the merits of the plantings. 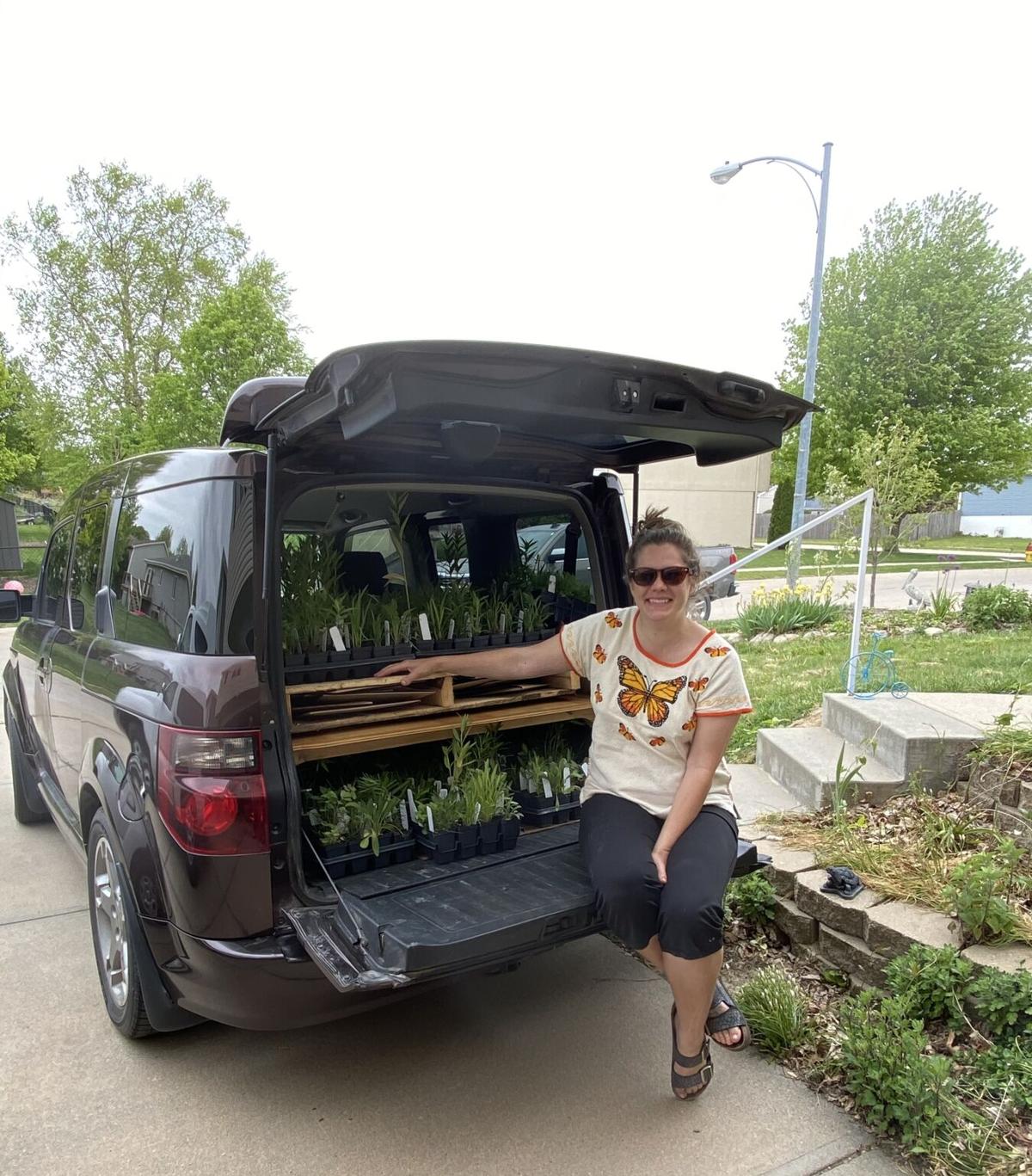 When Bob Gittins of Omaha posted about the Nebraska Monarchs’ pollinator plant giveaway on Facebook, he wasn’t expecting much of a response.

“We thought we would have a hard time getting 250 people signed up,” he said.

Instead, Nebraska Monarchs had to shut off requests after two weeks because demand was so great.

More than 1,000 people asked to participate in the giveaway. Nebraska Monarchs was able to accommodate 250.

Priority was given to educators and schools.

Volunteers delivered 7,000 plants over several days. The plants included milkweeds, flowering perennials and grasses. In addition, participants received care instructions and a garden sign and are engaging in an online community forum.

“It was a lovely surprise,’’ homeowner Marijo Malesa said of the plant delivery. “A nice variety of native pollinators and good size.”

Nebraska Monarchs was able to host the giveaway through a partnership with the Save Our Monarchs Foundation and a grant from the Nebraska Environmental Trust.

Plants for the giveaway were locally sourced from Midwest Natives Nursery, a greenhouse in Lincoln.

The nursery specializes in the sustainable cultivation of native perennial flowers and grasses.

Becki Chandler of Nebraska Monarchs collaborated with Midwest Natives owner Nathan Duffy to provide a selection of plants that serve as food sources for pollinators, are aesthetically pleasing and able to thrive in Omaha gardens.

Nebraska Monarchs wants to see native plants in gardens on every street in Nebraska.

“The plant giveaway resulted in more than one acre of native plants added to gardens across the Omaha metro area,” Gittins said.

Nebraska Monarchs is planning to bring the popular program back in 2022 and is seeking funding and partnership help. Reach out to Gittins at Nebraska Monarchs, P.O. Box 642061, Omaha, Nebraska, 68164.

It's the 100th anniversary of the Tomb of the Unknown Soldier at Arlington National Cemetery, and organizers hope planting a garden in memory of our war dead will bring attention to the milestone.

All participants received a packet along with their plants. The packet included the amount of plants needed, an educational garden sign, planting instructions and seed packets to share with neighbors.

Each pollinator garden kit included signage to help educate others on the merits of the plantings.